Though Jamie Collum and Andrew Cartwright knew they’d make a great team, they really didn’t imagine it would be this good. At Toronto-based FCA Insurance Brokers, the duo helps contractors across Canada get insurance and surety bonds as the industry rebounds from COVID-19-related setbacks. 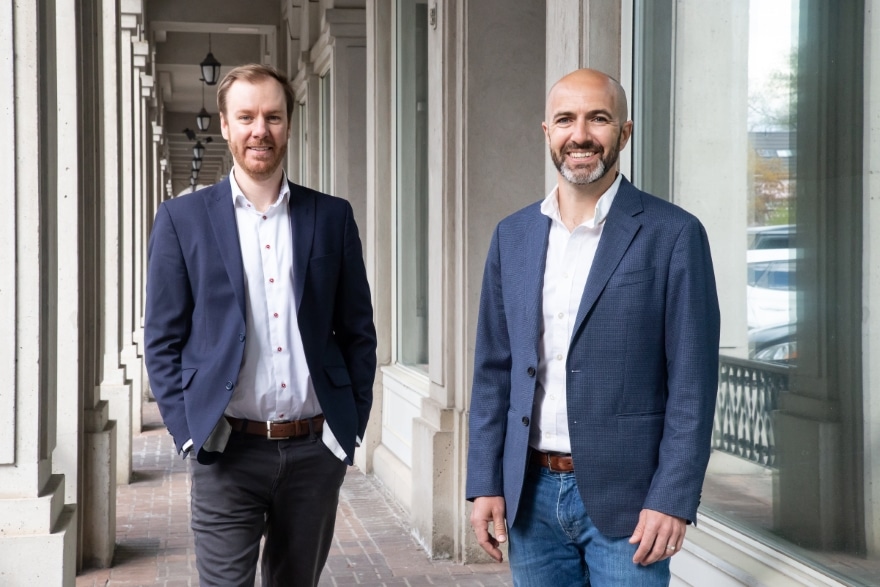 The tag-team approach began in August 2020, when Cartwright joined FCA and reestablished his working relationship with Collum, whom he worked with years before. As a team, they offer much more than policies and performance bonds, the duo says.

“We work pretty much in tandem, which sets us apart,” says Collum, who helped recruit Cartwright for FCA. “The typical model is a single broker whom a customer deals with. At FCA, we team up, so they get the best of both of us. We have similar but different skill sets, so customers benefit by getting double the knowledge base and service.”

In an industry that’s changing as international companies begin competing for Canadian dollars, Cartwright expects what he and Collum offer will become all the more valuable to customers.

“There’s so much change coming for contractors in the Canadian marketplace,” Cartwright says. “Canadian companies need to step up, too, which means opportunities to really add value for our clients. The sky’s the limit and we want to help our contractors any way we can.”

A century on the job

“We’re a long-standing legacy brokerage,” Collum says. “In our industry, there’s plenty of consolidation and foreign ownership, but we’re a fiercely independent Canadian-owned and -operated company. Our leadership group is always promoted from within, so we see ourselves as entrepreneurs, like our clients.” 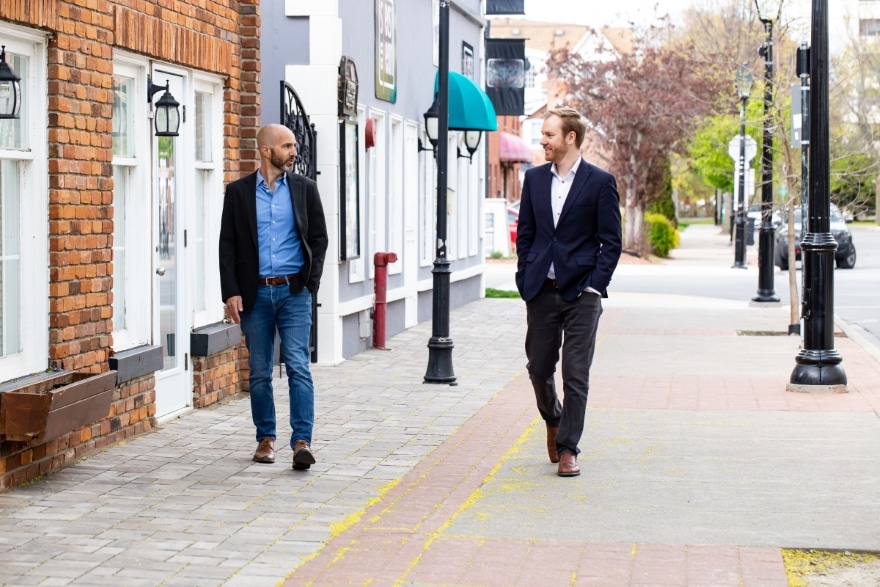 “We’re called brokers, but we see ourselves more as a resource and member of the contractor’s team,” Cartwright says. “It’s our knowledge of the business, the capital arrangements and our ability to connect those firms to a network of professionals to really help them grow in the right way and minimize risk for their businesses.”

When a customer calls, they’re likely going to see two faces on Zoom for the consultation, and Collum and Cartwright then work to get the best coverages and bonds.

“At FCA, we work across all industries, including schools, nonprofits, finance, health care, restaurants—you name it,” Collum says. “However, our bread and butter is construction and contractors. We focus on the institutional, commercial and industrial space, ranging from general contracting to civil, road paving, restoration, mechanical and electrical, landscaping and so on.”

When COVID-19 arrived in Canada in March 2020, the government response was both frightening and encouraging, Collum and Cartwright say. Most alarming to their clients were the partial or full shutdowns of construction projects across Canada. Restrictions varied from province to province, while all lasted at least a month.

Shutdowns made for uneasy times, but Collum and Cartwright are also heartened by the Canadian and provincial governments’ renewed commitments to infrastructure projects they say enable contractors to weather the pandemic.

According to Collum, some of their customers generate $400 million annually ($339 million in U.S. dollars), yet he and Cartwright also work with startups and say it’s here they can also be a vital resource.

“The reality for owner-operated construction companies is you’re the boss and you do everything,” Collum says. “It can be for five to seven years when you’re working day and night,” so it helps to talk with brokers like he and Collum, as well as with accountants, attorneys and other specialists.

“Have your team prepared,” Cartwright says. “Hire the people who fit your culture and add value. Have your systems in place early—your accountant, your lawyer, and the hardware and software you need. It can be costly early on—but this approach sets you up for future growth.”

Collum says a pedigree and experience in the construction industry helps to get started, but newer companies can find it difficult to get prequalified for public sector work because they lack experience. This is where he and Cartwright can add insight and connections to move that process forward.

“You get to work with two very experienced, seasoned veterans in the industry,” Cartwright says. “We have great relationships with the markets we rely on daily. We nurture those to service the clients.”

So how did this convergence develop? “It was a long conversation,” Collum says. “We courted Andy for months after very strategically targeting him for years.”

Collum and Cartwright are Ontario natives. Collum graduated from the University of Ottawa in 2002, with a bachelor’s degree in business administration, and first entered the insurance industry in 2005 as a financial analyst with Travelers in the Toronto area.

Cartwright earned his degree in business from the University of Western Ontario in 2008, and followed that with an MBA from McMaster University in 2010. 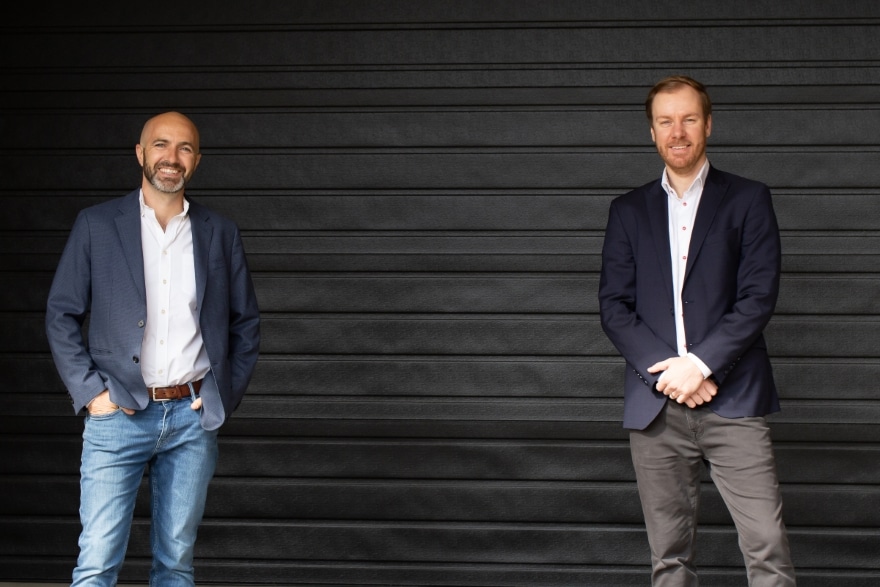 The two met while working at Trisura Guarantee Insurance Co. in 2010. Collum was a senior underwriter there from 2006-2011. Cartwright was a financial analyst who joined the company shortly after earning his MBA.

“Jamie was my mentor—teaching me the ropes and taking me to visit contractors and showing me how the industry assesses risks,” Cartwright recalls.

Cartwright was promoted through a variety of roles at Trisura, capped by becoming the regional vice president of surety for Ontario and Atlantic Canada. After many discussions, Cartwright finally decided joining Collum at FCA was the right next step in his career.

“It was a big decision,” Cartwright says. “I was in a very high position. I wasn’t looking to leave. But I had seen Jamie’s skill set. He’s very in tune with people. With my background with surety, we felt it would be a powerful combination. It’s proven to be true.” 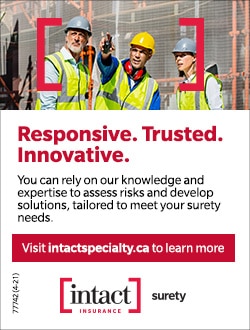 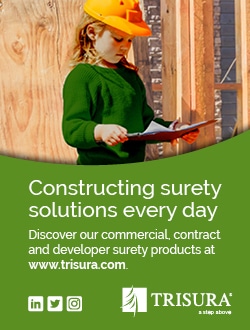