No relaxing under an umbrella when moving beverages

John Neal remembers many moments where his Boise State University lacrosse teammates relied on him to put the ball in the net or to make a big defensive play. That was six years ago, and while he’s retired his lacrosse stick, he says he’s kept the leader mentality.

Case in point: in 2017, Neal took point on a 620,000-square-foot warehouse in New Jersey for AriZona Beverages. 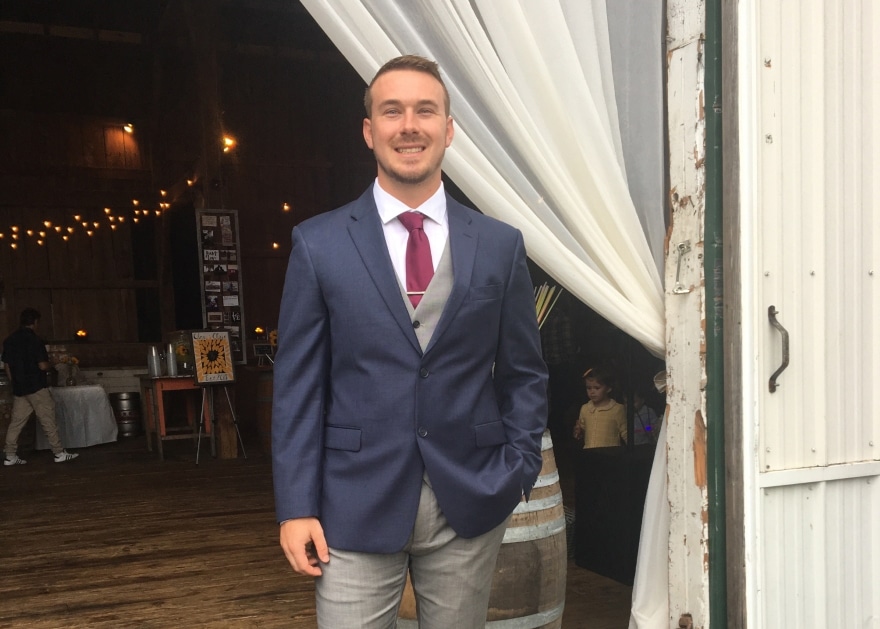 Soon after the project was completed in mid-2020, Neal officially joined the Woodbury, New York-based beverage company to build more facilities. Having used third-party suppliers to produce their drinks, the company is cutting costs by taking manufacturing in-house. And that involves building processing facilities—not just warehouses.

“AriZona already had a strong engineering department, but it needed to beef up on the construction side,” says Neal, the company’s director of construction operations. “We’re hoping to construct millions of square feet of production facilities in the coming years.”

Making Arnold Palmers and other drinks

Most notably, AriZona Beverages makes the famous Arnold Palmer (a mix of lemonade and iced tea), as well as green tea and iced tea. The company wants to add hard seltzer and beer to its business, and it’ll need Neal and Co. to build the facilities to make those drinks.

It’s a big shift for AriZona, which relied on third parties to take the ingredients, combine them, and bottle the drinks before packaging and shipping them to retailers. It’s a costly practice, with each third-party partner cutting into profits and limiting overall production. 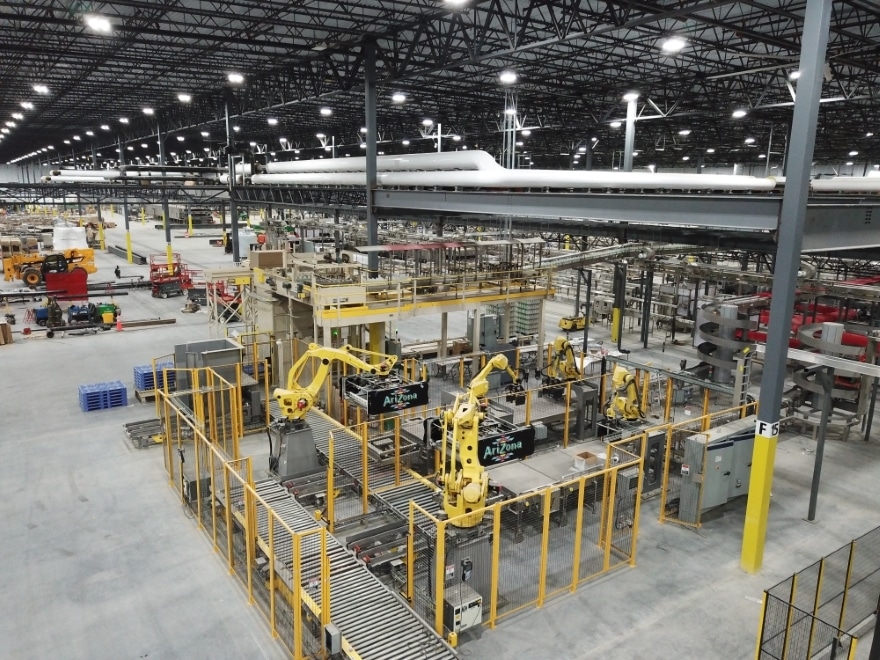 In fact, Neal and others in the company analyzed data that showed using co-packers resulted in a loss of 30 million bottles and cans just in 2020. That translates to millions of dollars each year—money that could be used to build a new facility to do that work in-house.

“We need warehouse space if we’re going to get into that line of work, and we think we’ve found the right place for it,” Neal says.

That place is the Sunshine State—aka Florida—whose college students and retirees love AriZona products, Neal says. The location is settled, and the COVID-19 pandemic slowed the company’s plans, but he hopes construction can begin in late 2021 or early in 2022.

“Once we get started down there, it’ll be a three-year project,” Neal says. “We want to make sure what we build is more successful than our last plant.”

Florida state officials are clamoring for AriZona Beverages to build on three different sites—one in Panama City, in the state’s Panhandle, and two in Jacksonville. AriZona prefers to build in Jacksonville, but a final decision has yet to be made. Neal says the company will buy the land and then work with architects to decide what to build. He expects either 1 million square feet of facilities or several smaller structures that total about 1 million square feet. 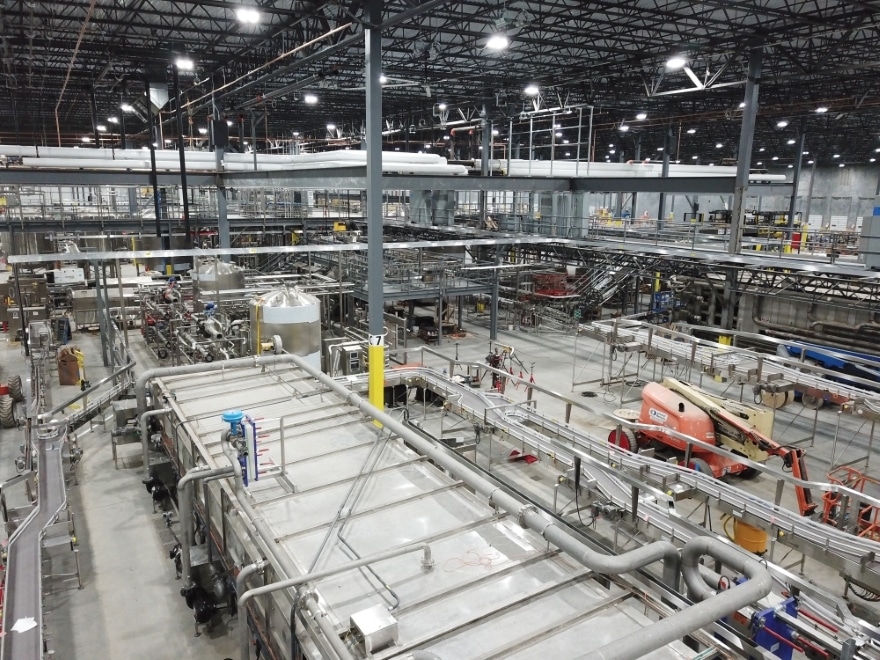 The process facility under construction (the line 3 cooling tunnel)

There will likely be tilt-wall construction, a popular building method that lasts longer, goes up quicker and is more cost effective than past building methods, Neal says. With tilt-up, the concrete walls of the structure are formed and poured on the ground at the location, then eventually lifted into place to create walls. Neal or a general contractor will take the lead on design once the Florida project reaches that stage.

“It’ll be distribution and processing all in one,” he says. “With New Jersey and Florida, we can hit most of the U.S. population in about eight hours.”

In addition to that work, there’s another AriZona facility in New Jersey going through office expansions, process line upgrades and improvements to cooling towers. The company also continually purchases old equipment, like box-making machines, and refurbishes them to AriZona’s standards that the newer machines are still are unable to outperform, according to Neal.

“We like them a certain way. What can I say?” Neal laughs.

People see FedEx and UPS planes and trucks all across the country and just assume that’s how goods get transported. But for AriZona Beverages, the old-fashioned way of moving product works just fine.

In New Jersey, the company is adding three rail spurs as part of a railroad assistance program. During the pandemic, when the company’s California co-packers couldn’t manufacture everything, AriZona shipped it out west via freight trains. This worked well and shed new light on another opportunity, Neal says, so they’re expanding. 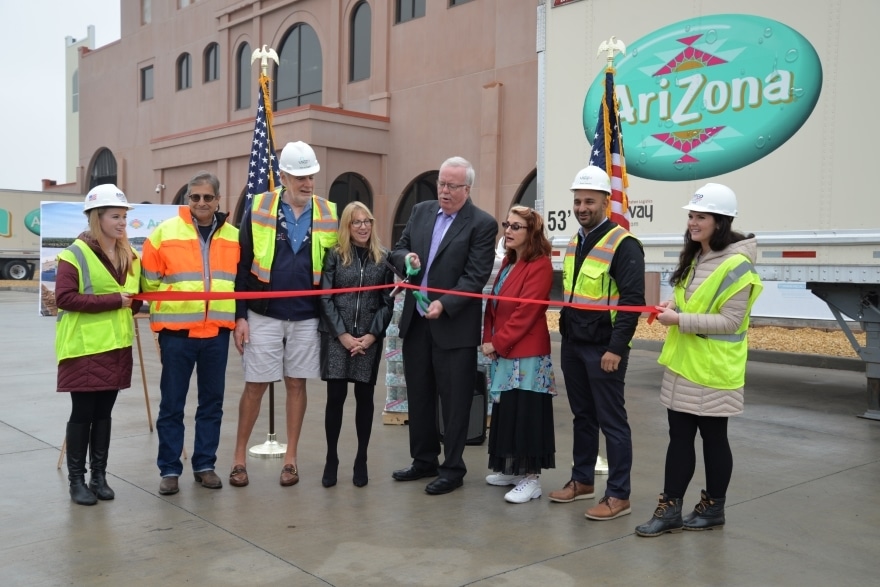 The ribbon cutting of the NJ facility with the mayor of Woodridge, NJ

“The New Jersey trains will hold liquid sugar, beer and resin—they’ll be tanker cars and hopper cars that have the ability to bring raw ingredients into our facility while still maintaining the ability to ship new product out,” Neal says.

The tanker car will connect to the building via a rail car process offloading system comprised of hoses, piping and pumps that will bring the liquids into the facility.

“We’ll have the capacity to hold freight cars to bring in product and ship out our beverages,” he says.

Neal graduated from Boise State with a degree in construction management. He got started in construction as a civilian carpenter for the U.S. Army and worked his way up to project engineer for a large general contractor. From there, he worked for ARCO Design/Build for almost four years, which is where he first began building facilities for AriZona Beverages. He was hired full time by the beverage company in 2020.

“Building AriZona’s first ground-up process facility and being asked to take lead on future facilities has truly been an honor,” Neal says. “It’s a great feeling knowing that the facilities we are building will continue to keep manufacturing jobs in America. The future is truly right now for our family owned and Brooklyn-born company.” 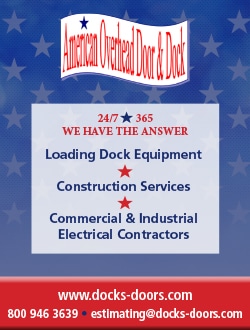 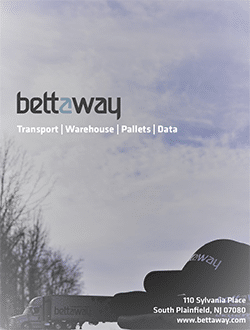 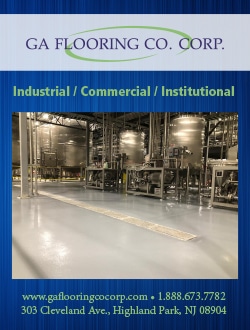 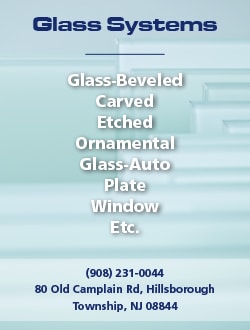 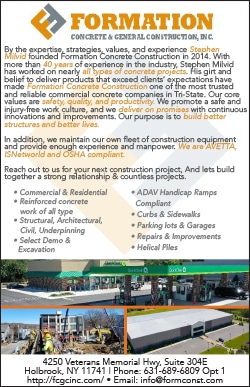