Designing a new career in facilities

He can’t say when it’ll be a full return to Heritage Bank’s new Southern Operations Center in Tacoma, Washington, but it should be a simple transition.

Social distancing will be made easy at the 80,000-square-foot former medical facility that Heritage purchased in July 2019, Mat Bergman explains, though at the time nobody could have anticipated the necessity of so much space.

A former architect, Bergman had just joined this regional commercial bank as vice president and facilities manager and would oversee the new building being gutted and retrofitted for all back operations. It made sense, he tells Blueprint this past spring, to consolidate far-flung functions under one roof in an ideal location off Pacific Avenue. Sure enough, when the building went live in January 2020, it hummed with infotech efficiency and a collaborative environment. 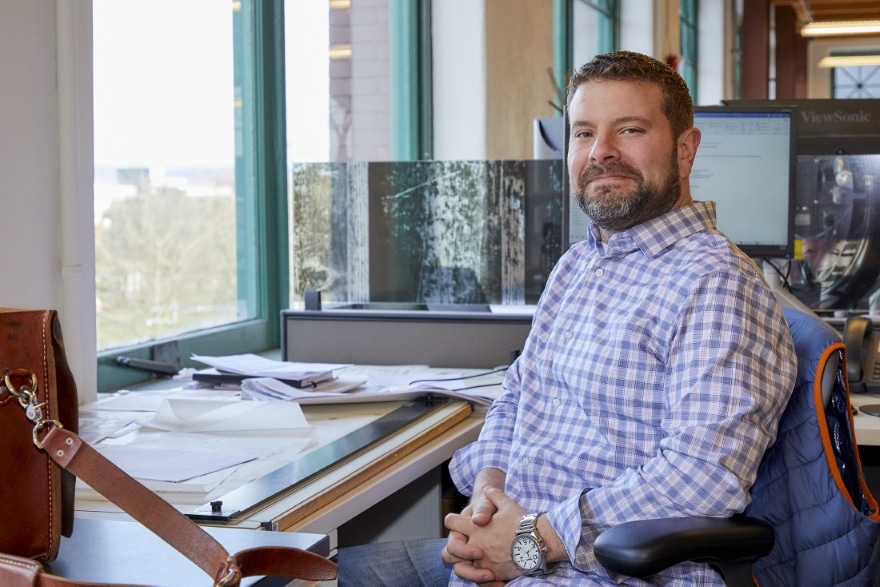 Then six weeks later, most team members were working remotely with the onset of COVID-19, and the building has since gone largely unused. While some employees have been trickling in, Bergman is understandably frustrated that the full use of the building remains on hold.

“Part of the importance of this was for all departments to be housed together,” he says, noting how Heritage finally had ample audiovisual equipment and conference rooms for training sessions that used to be held in hotels. “But they only got to enjoy it for about a month.”

But the staffers eventually will return and should they need secluded offices in a post-pandemic new normal, it shouldn’t be hard to accommodate them. Even in the healthiest of times, Bergman reminds that the banking business changes rapidly, and he’s accustomed to pivoting as he did last year when COVID-19 literally turned his responsibilities inside out.

Message in a bottle

Along with assembling planning projects, Bergman tends to little matters before they add up. Plugged toilets, malfunctioning light fixtures, dirty floors—all can be in a day’s work when renovating Heritage interiors. There have also been branch consolidations recently—eight completed just this past January.

But early last year, in addition to typical maintenance issues, there arose the immediate need for hand sanitizers, facemasks and sophisticated cleaning technologies, with normal supply chains hard-pressed to deliver. While Bergman knew of Heritage’s ties throughout the Pacific Northwest, he says the extent of it was an eye-opener.

“The bankers make it a point to know their customers and some of those customers are distilleries that were able to help us out,” Bergman explains. “Distilleries made jugs of hand sanitizer, and I was making runs there to get what we couldn’t through normal procurement. Relationships built over the years really paid off.” 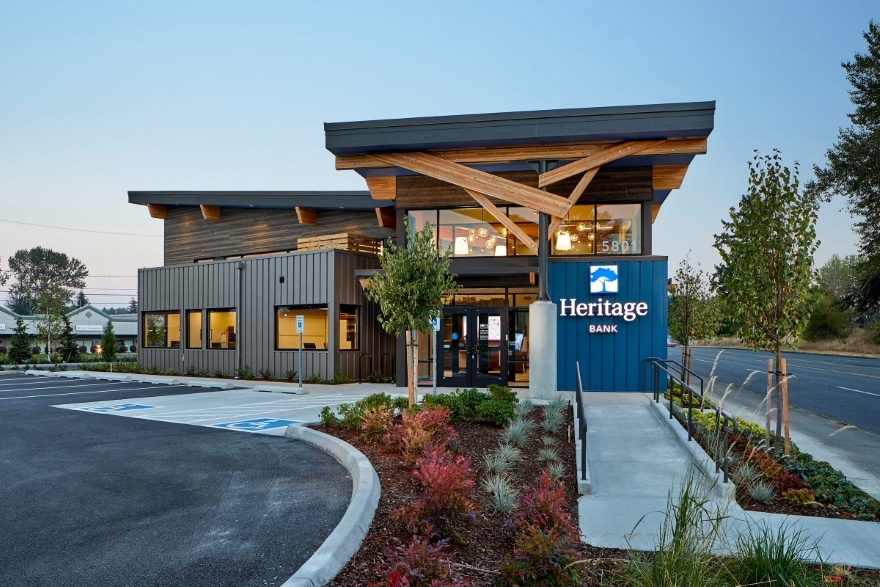 Though the cleaning supplies sustained some operations, he says the bank didn’t want its facilities team and subcontractors subjected to undue risk, so last year’s plans for interior work gave way to such exterior projects as siding replacements, reroofing and landscaping.

“We had to take COVID very seriously, and going outdoors allowed our guys to keep busy,” Bergman says. “We got work done that we hadn’t planned on doing. That was the tradeoff.”

Now the tradeoff becomes renewed attention on the interiors and Bergman mulling “the branch of the future.” While online banking has lessened the need for tellers and increased the need for teller cash recyclers, Heritage’s core customers—the small and medium-sized businesses—still need space to interact with the Heritage team and they’ll get it.

Then there are the drive-up stations that stayed open even as lobbies closed. So many cars passed through that Bergman says equipment is wearing out faster than normal, and he reckons that with so many customers having gotten used to this method for deposits and withdrawals, fewer will be going back inside for routine transactions.

While the pandemic has been Bergman’s primary challenge, budgeting has been a close second. Low interest rates benefited him as a private architect when clients had access to easy credit for capital projects. But low rates also mean less revenue for banks. That has him mindful of costs while overseeing much of Heritage’s physical upgrades and keeping as much work in-house as is practically possible.

He’s also in charge of leasing properties and again noting the dynamic changes of banking, pushes for buyout options and shorter windows should Heritage’s interests change. But Bergman came to Heritage well-versed in its inner workings, having nurtured the bank as a client for eight years. Three other banks also retained his architectural services, adding to his industry knowledge.

“That gave me insight into how different banks operate and a general understanding of how their branches operate,” he says. “I picked up the jargon, was friends with the boss and that made the transition rather easy. But it’s still been quite the learning curve.” 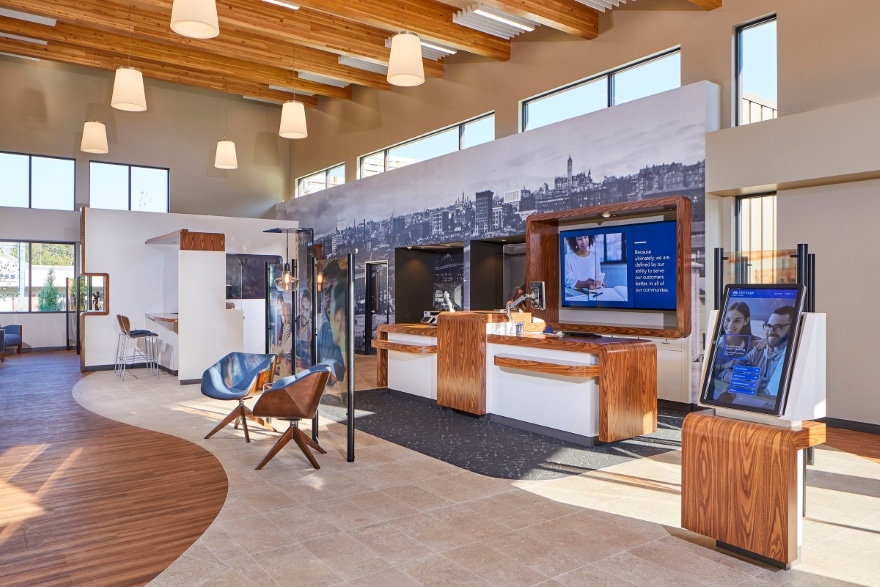 As to whether architectural skills are readily transferrable to facilities management, Bergman reminds these are two different professions. Adept in his new role, last year he was promoted to senior vice president and director of facilities. There is still much work and paused projects to resume, and Bergman expects his team of eight will keep busy.

The Washington State University architectural grad is enjoying the career shift for reasons that include his primary responsibilities being in Tacoma rather than Seattle. His previous role as a senior associate with BCRA often had him in the Emerald City, and big metropolitan areas aren’t his preferred destination.

The Renton home he shares with his wife and two school-age children is between Tacoma to the south and Seattle to the north. Life’s good in this part of the country, he says, with its temperate climate and ample options for outdoor recreation. A Volkswagen enthusiast, his prize possession is a 1962 ragtop Bug.

“When the sun’s out, this is the best place to be,” he says. 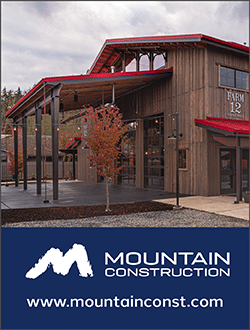