As the national director of credit union facilities, he was tasked with breaking down the silos that lead to inconsistencies in vendor management and branch appearance. The vision, he says, was to nationalize the team.

The North Carolina-based company had always had a strong East Coast presence, but as it grew through acquisitions and expanded nationally, it saw a need for collaboration and a unified approach. 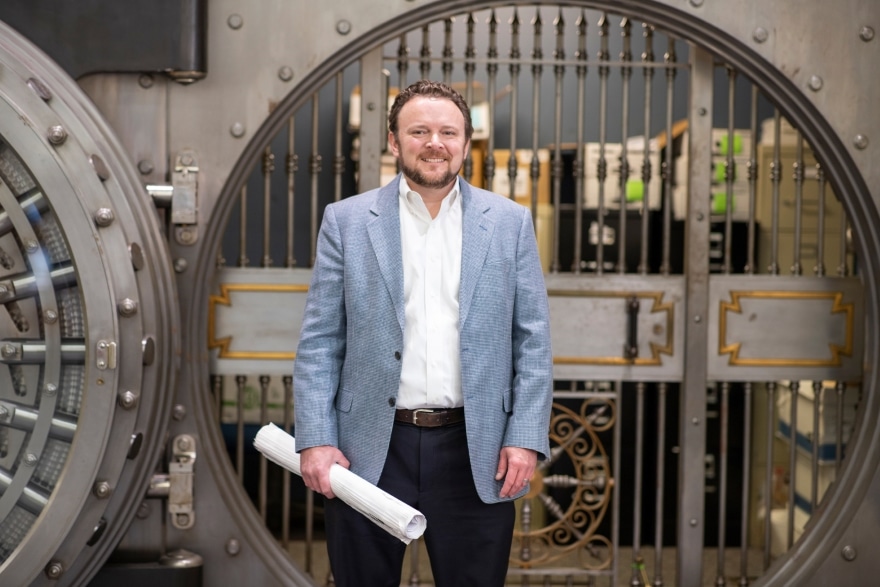 The team includes three people on the East Coast (including Wilkerson), two in the Midwest and four on the West Coast. He started by holding regular meetings with facilities staff so he and they could better understand everyone’s roles and how each team was operating. Then, he identified how they could collaborate and share resources.

“I was given a blank slate,” he says. “I wasn’t told, ‘this is how we’ve always done things, so continue doing that.’ I was trusted to make a plan and try new things.”

Wilkerson says he’s adopted what each regional team was doing best. For example, on the East Coast, the facilities department oversees ATMs and security, whereas on the West Coast, the functions were split and the IT department oversaw ATMs. Wilkerson says this didn’t make sense because ATMs are features of the buildings with facilities being responsible for the ordering and vendor relationship, installation and ongoing maintenance.

“Having ATMs just under the facilities team is more efficient and allows IT to focus more on technology,” he says. 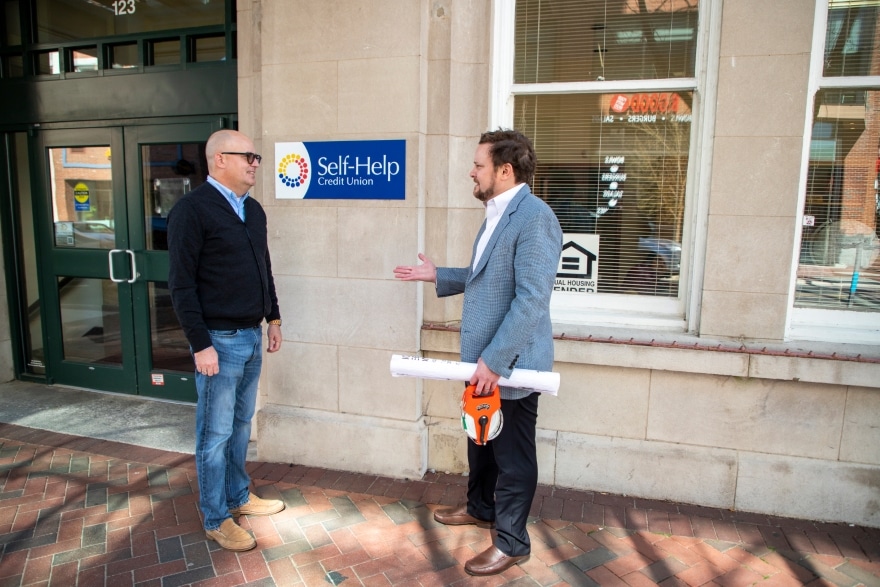 He’s recently promoted an employee to director of ATM and banking equipment and hired an additional expert reporting to the director. And for security matters, such as alarms, Wilkerson and his team now work with one national vendor. In general, consolidating vendors and setting standards has saved money because it gives the credit union the power of buying in bulk.

This has been especially evident in the design of the credit unions, Wilkerson says, because his staff can now use one national vendor for things such as carpeting or paint. When a new credit union is merged into the organization, this makes it easier to redesign it in Self-Help’s design guidelines.

“I’ve brought continuity to branch acquisitions and made strides in my two years toward evaluating what’s working well in different regions and implementing a true national facilities strategy,” he says. “Building those evaluations into our goals has helped us make considerable progress.”

In addition to his facilities experience, Wilkerson has over 20 years of experience in real estate brokerage and development, as well as redevelopment and historic preservation. When Self-Help acquires credit unions and their buildings, he can help with due diligence and ensuring compliance with municipal regulations.

“I really appreciate that Self-Help values my real estate background and allows me to use it in this role,” he says. “And the real estate team appreciates it because I can speak their language.”

Wilkerson and the facilities team recently collaborated with Self-Help’s real estate and venture fund teams to remodel a building in Chicago. The 40,000-square-foot building was the headquarters of a credit union Self-Help acquired, but according to Wilkerson, Self-Help’s branch didn’t need that much space. 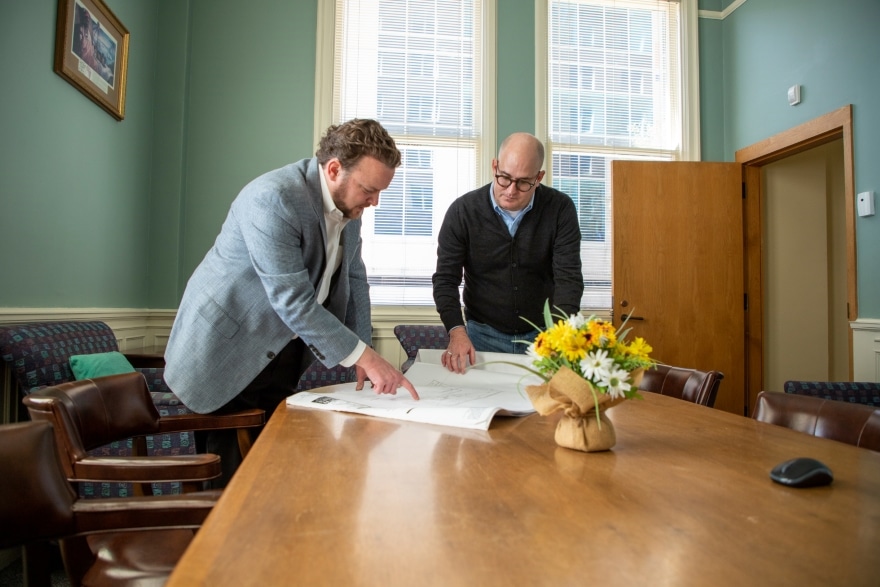 The facilities team is currently working with the real estate team on a similar project in West Oakland, California, that’s expected to be completed by 2024.

“Being part of the overall vision for a mixed-use property and bringing meaningful skillsets to that conversation has been rewarding,” Wilkerson says. “The way our teams work so well together has been exciting throughout the organization.”

Wilkerson says “not just executing using the same old playbook” that financial institutions tend to use has been exciting. He says one of the reasons he was hired was because he didn’t have a background working at banks or credit unions and could bring a fresh perspective.

Prior to Self-Help, he was managing partner at CommunitySmith in Raleigh, North Carolina. The development company leads community revitalization projects. He also spent five years as a brokerage service manager at Empire Properties, also in North Carolina, where he managed a 500,000-square-foot historic redevelopment portfolio. 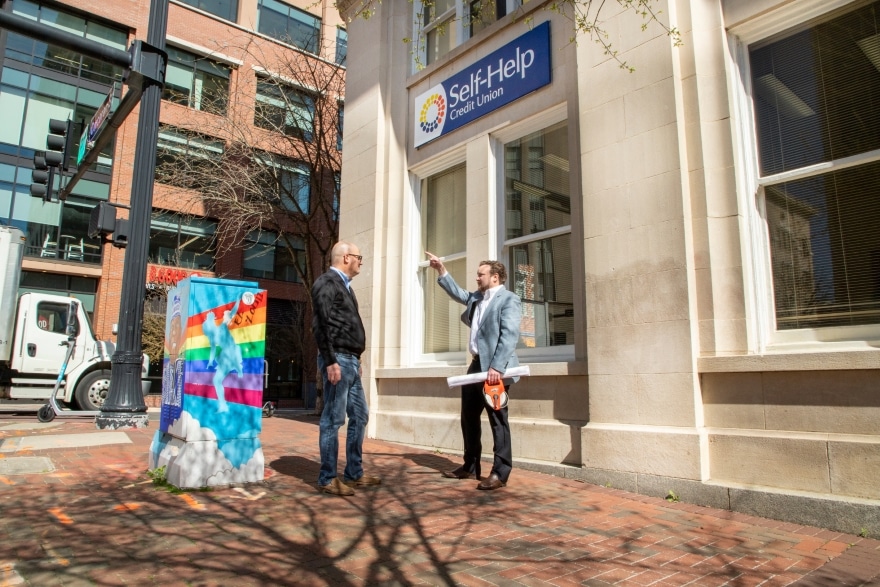 One of his favorite things about working at Self-Help has been supporting a company that cares about the people it serves. Self-Help, he explains, specializes in helping people with low income, as well as businesses owned by women and people of color.

“The people here are fantastic and are truly driven by the mission,” Wilkerson says. “It makes coming to work each day that much more meaningful.” 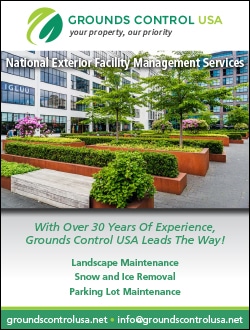 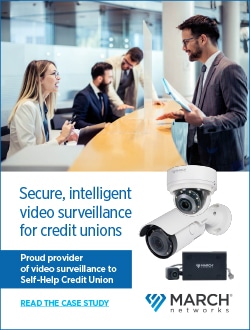