It will be a new, maybe unfamiliar, banking experience for many Virginia Credit Union patrons. When they walk into a lobby, they’ll be welcomed at a kiosk by a greeter who can handle all their transactions using a tablet.

But that’s the modernized service VACU wants to provide in its latest and largest branch, currently being built in the Winterfield Crossing development, along Richmond’s Midlothian Turnpike. Construction began in March and is slated to be done in October, and the new location is part of VACU’s plans to expand its presence in western Chesterfield County. 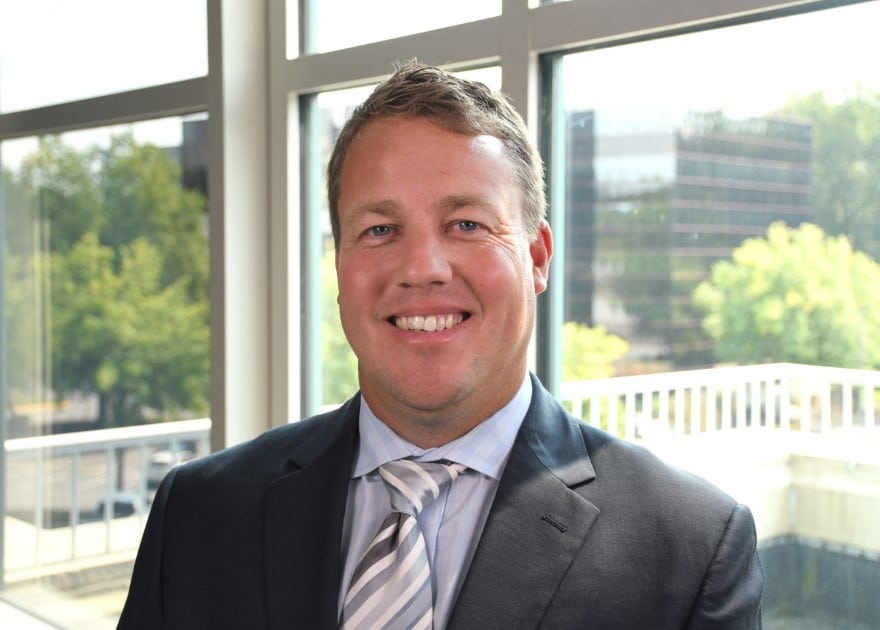 According to Tripp Vint, VACU’s vice president of facilities, the single-story, 5,000-square-foot facility—with two drive-through lanes and an ATM lane—will replace a smaller satellite branch just down the road. It will also be the largest free-standing branch of the 20 operated by the central Virginia credit union, which serves 300,000 members.

“We wanted to upgrade banking operations in what has been a pretty traditional community,” says Vint, a proud Richmond native who joined VACU in 2013. “This will provide our members with an easier and more personalized experience. We’ve placed a lot of emphasis on technology.”

Prior to the start of construction, Vint says a representative from VACU’s member services team toured area bank branches for inspiration, particularly looking for ways to make the new location more modern and customer friendly.

“The VACU team saw this type of concept elsewhere—clean and bright and technology-driven—and knew this was the direction we needed to go to keep pace with progress,” Vint says. “We wanted to make a subtle, yet significant, shift from a traditional banking environment to a more contemporary one.”

With the new branch scheduled for completion in October—with the site open to patrons in November—designers say members can look forward to a modernized location. Upon entering, they’ll encounter a large open-concept room flooded with natural light, pale gray marble floors, and the credit union’s trademark blue walls with green accents, which match its logo.

Vint says the new space will also feature a warm, wood-accented ceiling with recessed lighting suspended above a lobby seating area, with low-slung blue and green couches and fashionable wooden tables to allow members to engage in relaxed, informal conversations. The main lobby area will be flanked by transparent, glass-walled rooms for discussing private transactions. 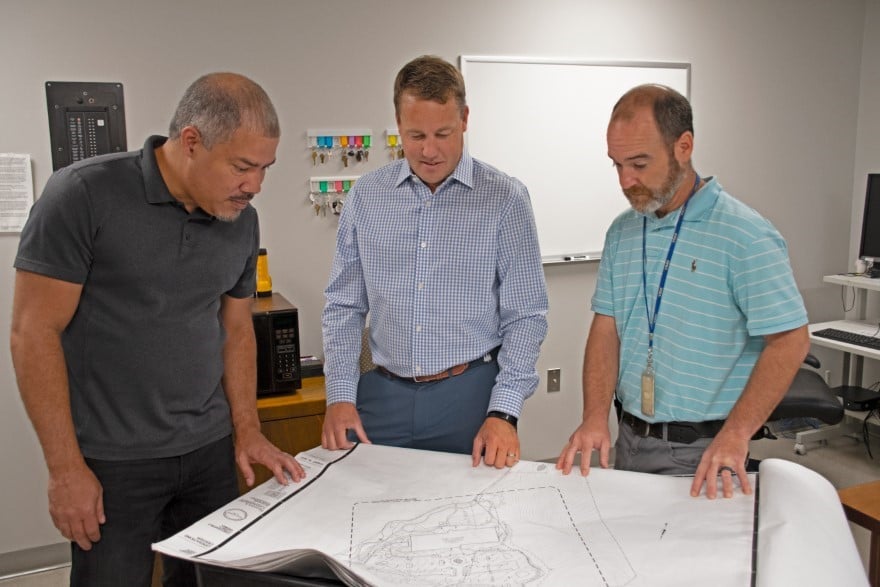 Member will also find an 85-inch TV screen along the back wall of the lobby, in front of two new “teller pods” that will replace the traditional long “teller line” bank counter. The pods will have short counters that allow a teller to step around the desk to better-engage with members. Alternatively, the tellers will be able to step away to a “consulting station” for more discreet discussions.

“We were trying things here that we’ve never done before, to adapt the ever-changing market,” Vint says.

When they were developing the concept with architects early in the spring of 2021, the VACU team determined that, by offering a more interactive banking experience, the credit union could reduce transaction times.

“These days our members don’t have to come into a branch, as many prefer conducting their transactions online, or from their phones or tablets,” Vint says. “But if they do decide to come in, we offer an efficient experience.”

Surprisingly, Vint says in terms of construction, this largest branch is going up the fastest, despite a pandemic that disrupted supply chains.

One snag Vint and his team encountered was trying to get a roof for the building—without which many other facets of the project (such as putting up drywall and moldings) would’ve been delayed. Thankfully, he says the project’s general contractor was able to source materials from other sites. While those wares were being relocated, the crew kept busy by framing the building.

That’s when it pays, Vint says, to invest in vendor relationships—especially during a pandemic when supplies and laborers can be hard to come by.

“It boils down to treating people the way you want to be treated,” Vint says. “You have to be fair and develop trust. It’s not always about price; it’s also about commitment. We owe a lot to our general contractor who kept the project moving.”

Service with a smile

Call it southern hospitality: Establishing positive working relationships is something that’s always comes naturally to Vint. After graduating with a degree in hospitality and tourism management from Virginia Tech in 2004, Vint had a college internship at Cintas. There, he worked in the warehouse stocking items and was a management trainee. Then, he went into sales and project management.

“I’m a person who likes to please people,” Vint admits.

He found solace working for American Office, selling Herman Miller Furniture, where he got his first taste in facilities management. Often, he consulted with clients and worked with industry professionals on installations.

VACU was one of his clients, and it hired Vint to help with several expansion projects. Over time, he developed a great working relationship with the VACU team and was often drawn into larger discussions on projects. When a facilities job opened, he was encouraged to apply, so he interviewed and got the job as a facilities manager in 2013.

“What impressed me most was the company culture,” Vint recalls. “Everyone has been around for years and loves their job. That’s a good sign.” 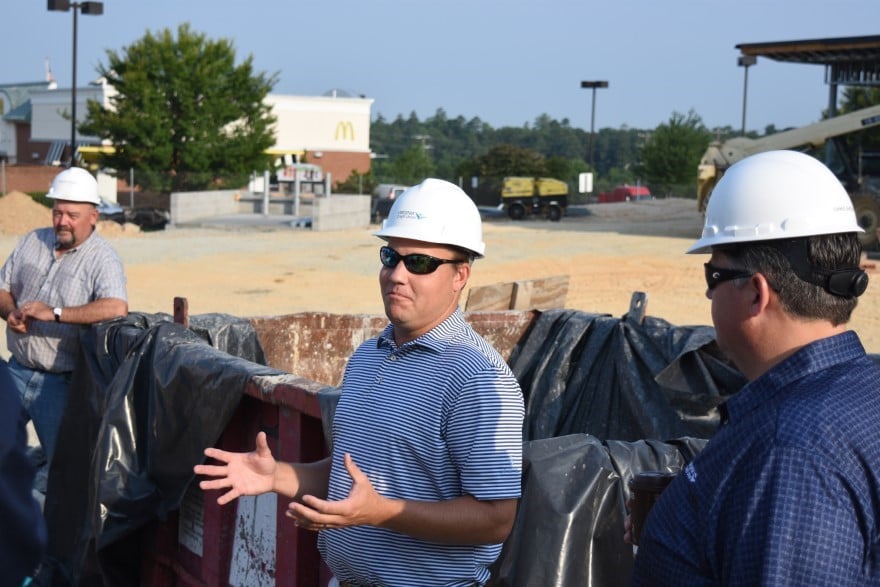 Vint spent his first three years learning the ropes: attending meetings; handling branch renovation projects and gaining knowledge in real estate management. Groomed for a management position, he was promoted to his current role five years ago when his boss and mentor, Everett Kalafatis, retired.

“The path lined up and was a great opportunity,” Vint says.

With its largest major construction project nearing completion, Vint says VACU has plans to continue branch expansion over the next five years in central Virginia. Some will be free-standing buildings, others renovated spaces in what he calls a hub-and-spoke model (the hub being the central operation that oversees satellite offices).

Having learned over the course of his career about the types of work he enjoys most—working with a team and seeing a project through to completion—Vint says he will relish whatever task comes next.

“I love working with our team, seeing their success and getting the positive feedback and compliments on our work,” Vint says. “There’s nothing like the feeling of stepping back at the end of a project and looking at what you’ve completed. It feels good to turn the branch over and see members enjoy the projects you helped to create.”

That’s a feeling—and a career—he can bank on. 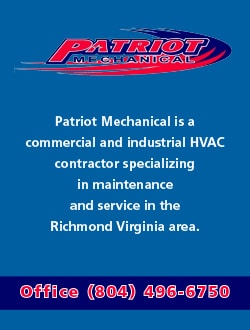 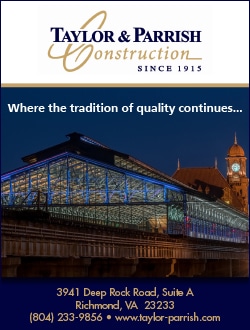 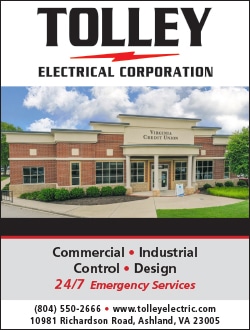