When White Plains Hospital opens its new Center for Advanced Medicine & Surgery in summer 2021, it will begin another “decanting” process, continuing its multi-year transformation of how the hospital, north of New York City, treats Westchester County residents, says Robert Stiers.

“Decanting” as in the care provided at the new center will draw outpatients away from the main hospital building, providing an opportunity to modernize and renovate, he says. 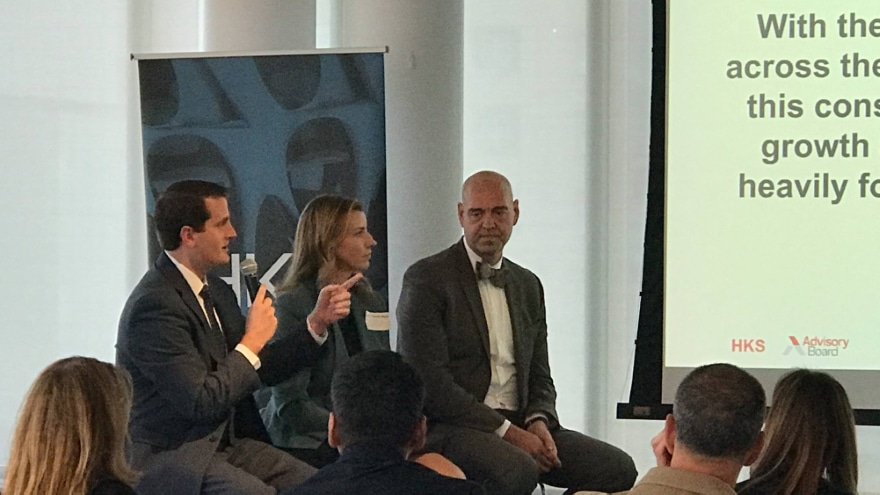 For Stiers, the assistant vice president of facilities for project management, capital planning and design, it’s all about the flow of services. That begins with what people need when they enter the hospital, and it extends through every storage closet, operating room and lab.

It’s complex, he says, how each planning decision affects the next, especially in an urban setting where space is limited and health care needs are unending.

“You’re constantly trying to manage the chessboard and putting pieces in the right places while envisioning trends for each modality for the future,” Stiers explains. “We want to ensure we’re safe, modern and efficient. I feel responsible for the environment we provide for patients from the moment they arrive to the moment until they’re discharged.”

White Plains Hospital is like many hospitals in urban settings, with an amalgamation of buildings and additions built in response to demand.

When it was founded in 1893 in a four-bedroom home, White Plains wasn’t incorporated as a city. The hospital began training nurses in 1901 and in 1937, its board of governors launched a $1.2 million capital campaign for a new hospital that opened in 1939. It’s since expanded in the center of the city, with additions including a 94-bed South Tower dedicated in 1976 and the 1999 opening of Dickstein Cancer Center, Westchester County’s first freestanding cancer center. 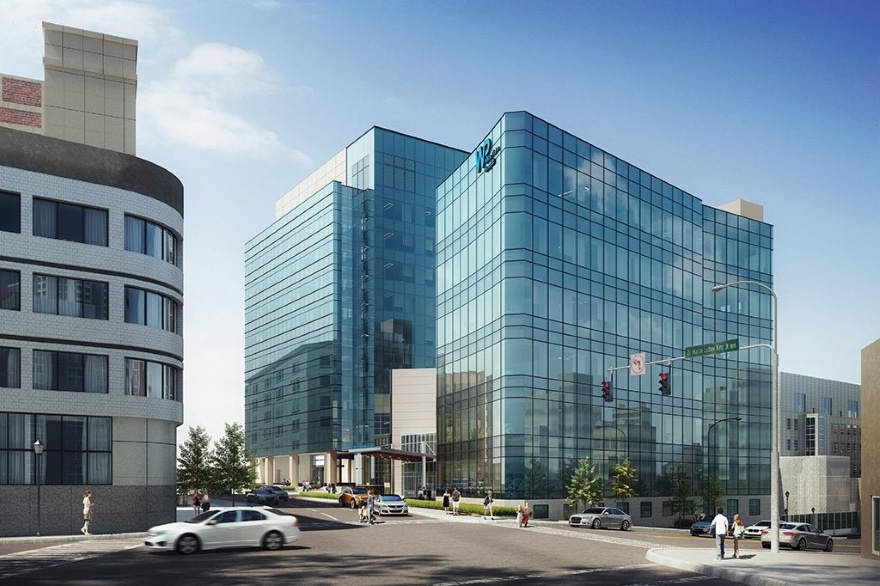 White Plains Hospital now has 292 beds and its emergency department is visited more than 60,000 times annually. The nonprofit health care network has more than 40 offices for general and specialty care spread through Westchester County, just north of New York City.

The hospital has renovated or added over 475,000 square feet since 2015, including a new lobby, inpatient tower and Center for Cancer Care. Scheduled to open in summer 2021, the $272 million, nine-story, 252,000-square-foot Center for Advanced Medicine and Surgery has state-of-the-art operating rooms, endoscopy suites, advanced imaging, hyperbaric chambers for wound care, and specialty physician practices.

As a medical hub in Westchester County, its completion also enables the hospital to continue enhancing services in the main hospital, including converting rooms to single, private ones while adding more advanced services including a cardiac surgery program, Stiers notes.

What the future holds

Coming projects include a new pharmacy built into space opened by the campus expansion, as well as upgrades to the intensive care center to accommodate those higher acuity patients. The pharmacy replaces one more than 40 years old and encompasses an entire floor of the modernized B-Wing.

In addition to accommodating medical advances, Stiers also works to make medical care comfortable and convenient with improvements like better lighting, temperature control and easier parking. His vision is driven by President and CEO Susan Fox, whom he says is instrumental in ensuring White Plains Hospital is as much a modern hospital as it is a welcoming destination with a sense of place.

“We try hard to foster a sense of purpose and calmness,” Stiers says. “That environment is important to patients healing and staff satisfaction.” 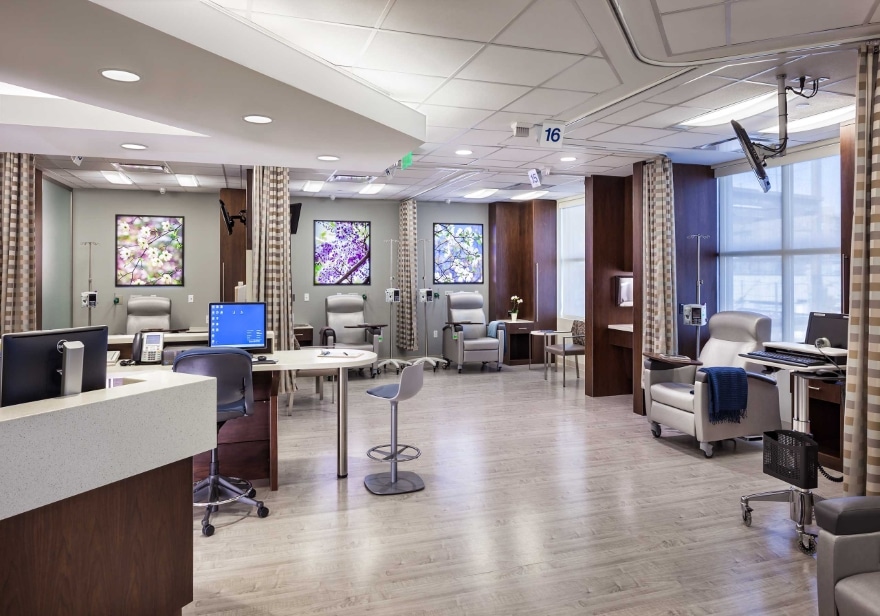 “You’re always looking at service lines to improve,” Stiers points out. “As you move one lever, it has downstream effects. For instance, more areas for surgery means more space needed to sterilize instruments, more ICU and post-op recovery rooms.”

In 2020, the COVID-19 pandemic forced unplanned changes, including the need to add 50 percent more beds in a month. It was a process where nothing was off-limits for expansion, he says.

“We were in uncharted territory, but our mission was clear: expand total capacity of patient beds focusing on ICU-capable space and bed capacity,” Stiers says.

New space came from formerly repurposed nursing units that had been closed for decades, and post anesthesia care units were converted into ICU-capable beds. In some cases, space was created from patient care environments.

Concurrently, the hospital retrofitted its ventilation system, creating negative air units, anterooms and increasing supplies of oxygen and power as the pandemic surge grew. In other areas of the hospital new workflows were planned, including testing and screening sites, emergency department isolation units and other space to store supplies and equipment. Those lessons are being applied to future design standards, he adds.

Stiers has made a career of construction design and planning in healthcare, but the native of the Jersey Shore originally studied civil engineering at Temple University where he also played football.

Early in his career he helped design and build hotels for a developer. While that gave him building blocks and skills, it didn’t inspire him, he recalls. However, the developer also built medical office buildings, and integrating elements of care and equipment intrigued him. 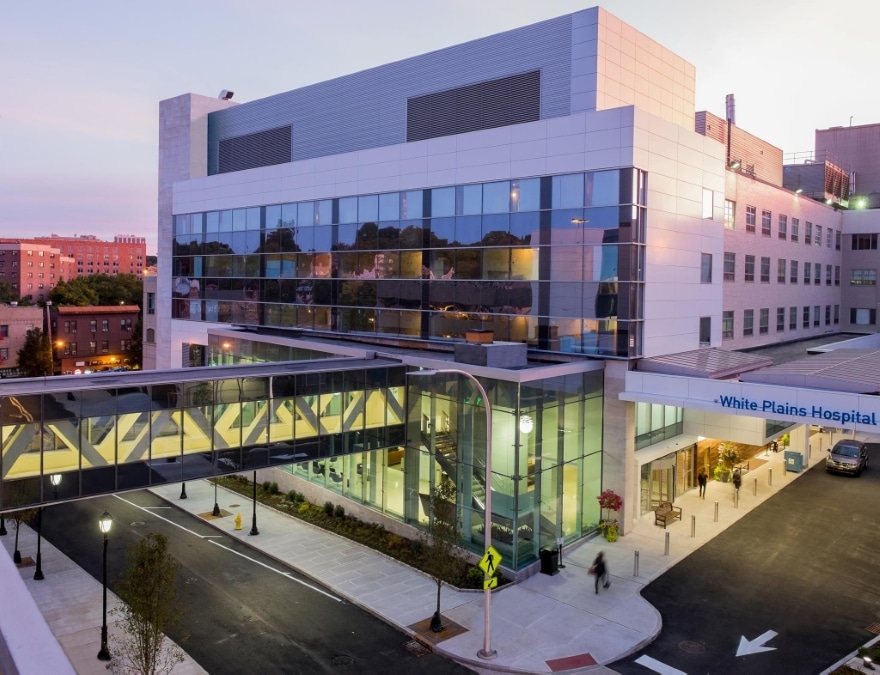 So Stiers took a job at the Keller Army Community Hospital in West Point, New York, on a short-term contract as a facilities manager, overseeing its capital improvements program, and enjoyed it. In April 2011, he joined Northern Westchester Hospital as a senior project manager. The 4.5 years he spent there were formative ones, he recalls, and as White Plains began expanding its network, it recruited him to help develop the long-term capital planning.

In August 2015, he joined White Plains as director of design and construction. In January 2018, he was promoted to administrative director for capital planning, project management and real estate. And in June 2019, Stiers was promoted to his current position.

“I never imagined I’d be on the planning side,” he says. “I saw myself as a construction manager, but I understand process and flow particularly well. I’m never satisfied knowing an answer, I want to know why it’s the answer.” 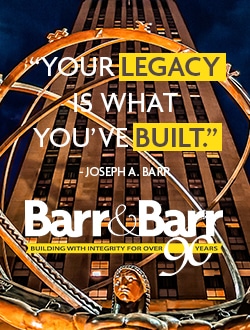 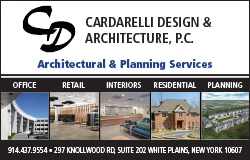 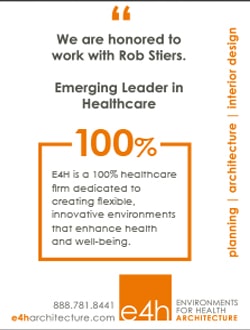 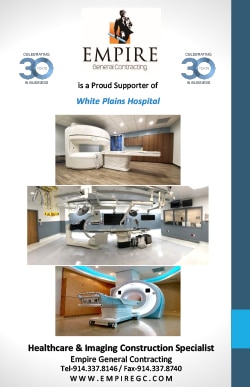 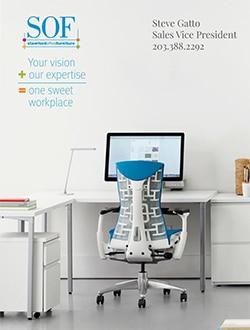