How eye-opening it was around a decade ago when John Yodice and his wife visited the colleges their two children attended. Among other developments, the dining halls seemed the antithesis of where he had eaten his meals as an Iona College student during the early 1990s.

“Back then my choices were take it or leave it,” Yodice tells Blueprint this past January, recalling how he and his fellow students would line up with trays for very institutional fare to be consumed at long tables.

But what an all-inclusive selection his children were enjoying, their dining halls having multiple stations with American and ethnic cuisines that could satisfy most anyone’s appetite. What a selling point he realized such amenities could be, especially with colleges and universities competing for a shrinking applicant pool. 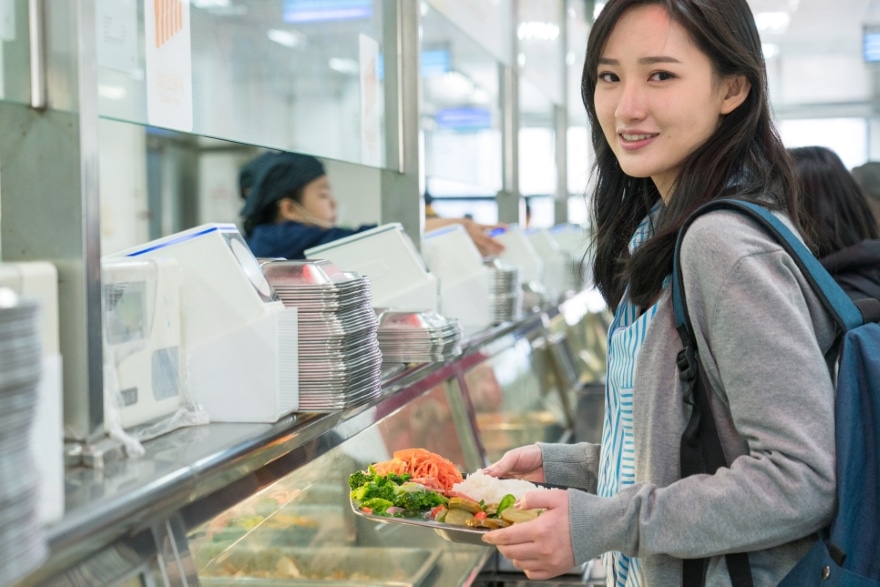 “The students of today are looking for unique and diverse dining opportunities,” Yodice says. “Their palates are far different than when I went to college. I would now consider dining options when making my campus selection.”

A construction professional for over three decades, he took those observations to New York City-based food and support services company Compass Group USA. He’s been project manager of its collegiate clientele and some entertainment venues since late 2018, focusing on its Chartwells Higher Education dining services company.

That’s the new standard in academia, he explains, Chartwells having customized the Gen Z desire for a dynamic, guest-centered dining experience summed up in the slogan, “Where hungry minds gather.”

Pre-pandemic, Yodice had accommodated those young, hungry minds through capital projects that included the gutting and retrofit of Hofstra University’s Sondra and David S. Mack Student Center during the summer of 2019.

In an upgrade that somewhat resembles a mall’s food court, there’s now a 500-square-foot Starbucks, Brooklyn Slice pizza, an upgraded Revolution Noodle & Sushi, Eli’s Dining and a lounge for students to just gather and chill. Freshens has been moved to the main dining area, offering a menu upgraded with frozen yogurt. Seating in the atrium has been replaced with diverse options that increase capacity from 100 to 150. With iPhones in every student’s pocket or purse, charging stations abound. 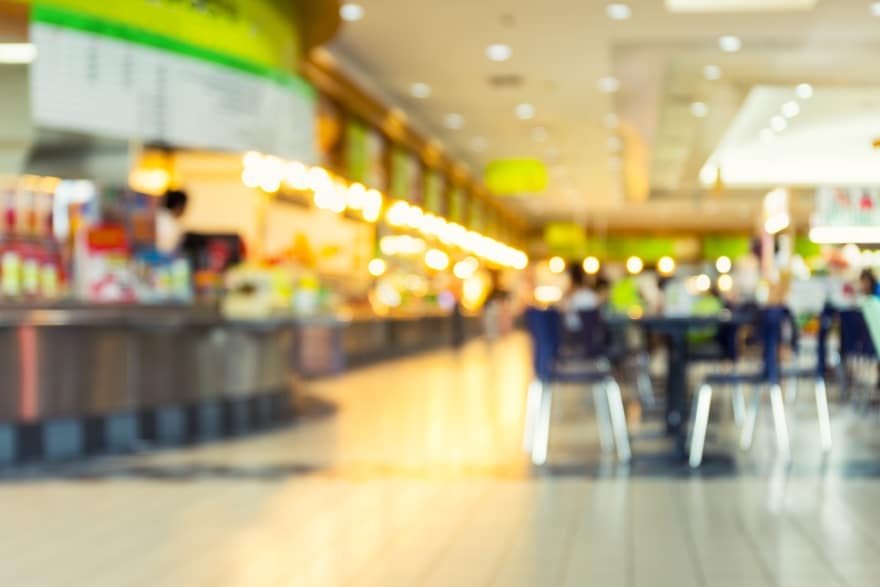 Much goes into such a project, says Yodice, whose responsibilities run the gamut from creating a bid, estimating the budget, coordinating with vendors, soliciting input from students and overseeing the construction under what’s usually a tight summer deadline.

“School ends in May and resumes in mid-August, which is when we need to be out of there,” he says, lauding the dependability of his frequent general contractor, Tectonic Builders of Ardsley, New York. Yodice also thinks highly of ENV Architects of Englewood Cliffs, New Jersey, another trusted vendor. “They know our business and our need to meet time frames.”

Though capital projects have slowed since COVID-19, Yodice has kept busy outfitting colleges with such precautionary measures as plexiglass barriers and social distancing floor markings and hopes the national vaccination program enables a return to what had been brisk business as usual—with some changes.

“One thing we’ve learned is the remote ordering and pickup that we’ve put in place is here to stay,” he says. “Touchless markets and grab and go—people want that everywhere.” 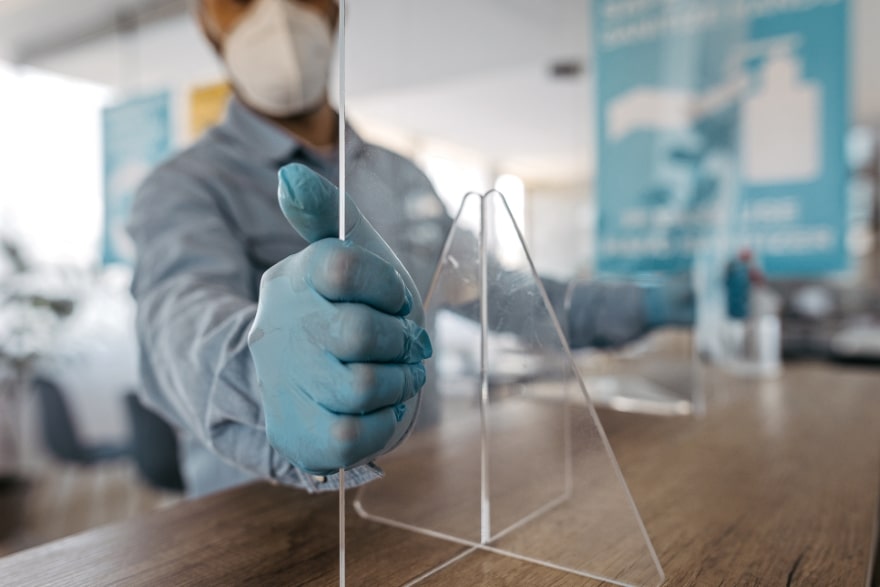 And technology will only assume a greater role in construction, Yodice goes on to say, citing the need for practitioners to constantly upgrade their skill set. As the son of builder, he learned that lesson early. Having “grown up in the trenches,” he was working at sites by day while studying construction and property management at night at Iona College.

Yodice recalls how, while pouring concrete for a high-rise, he watched with envy as a man drove to the site in a nice car. Clad in a white shirt and hard hat, he spoke to the boss, who relayed the orders as the man drove away.

“I decided I wanted to be that guy,” he says with a good-natured chuckle.

First Yodice had to hone his skills, which he’d do in multiple roles that, years later, would prep him well for Compass.

He started off building strip malls, then joined Dunkin’ Donuts for 11 years, which led to him being approached by Starbucks. He logged 13 years with the coffee company, ascending to director of construction and development from 2006 to 2008 and in charge of ground ups, renovations and portfolio management. Next came eight years-plus as senior director at Walgreens, where he was charged with the construction of drugstores nationally as well as the chain’s Duane Reade affiliate in NYC. 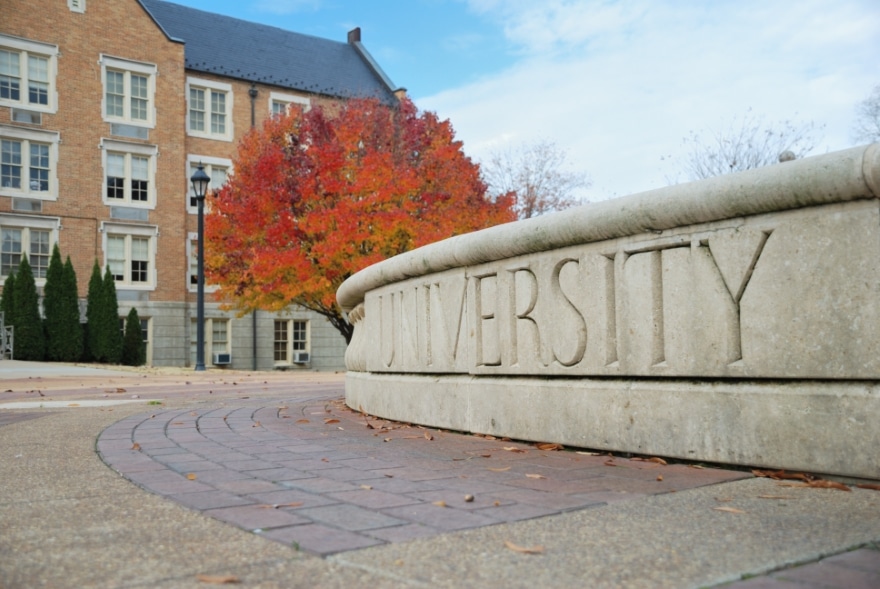 Yodice spent most of 2018 as a construction and facilities consultant when Compass reached out to him. Provided he could hire his own vendors and be responsible for his decisions, he would accept.

That’s been his modus operandi for over two years, and it’s worked well at Compass, whose clientele includes Fortune 500 companies in industries including health care, sports and entertainment, vending and even some remote logging camps in the Canadian subarctic.

The higher education division should keep Yodice busy, especially if colleges and universities return to classroom education this fall, which will mean an intense summer. And his hands-on approach doesn’t mean he’s averse to mentoring young people—he just wants the buck to stop with him. He would also be proud if any of the students who enjoy his Chartwells dining halls follow him into the construction profession.

“I feel like I owe it to the industry to share my experience,” Yodice says. “I enjoy what I do and if someone reads this and looks into it [construction management] they might enjoy it too.” 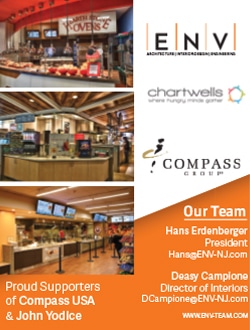