She touches the future

It’s a sentiment that was shared with Kirsten DePersis last year when she successfully interviewed to be director of facilities for student housing and dining services at the University of California, Davis.

With the projects in progress slated to add around 6,000 beds to the school’s housing stock over the next few years, DePersis was told, in no uncertain terms, of what those upgrades could mean—not only for the students, but the wider world as well. 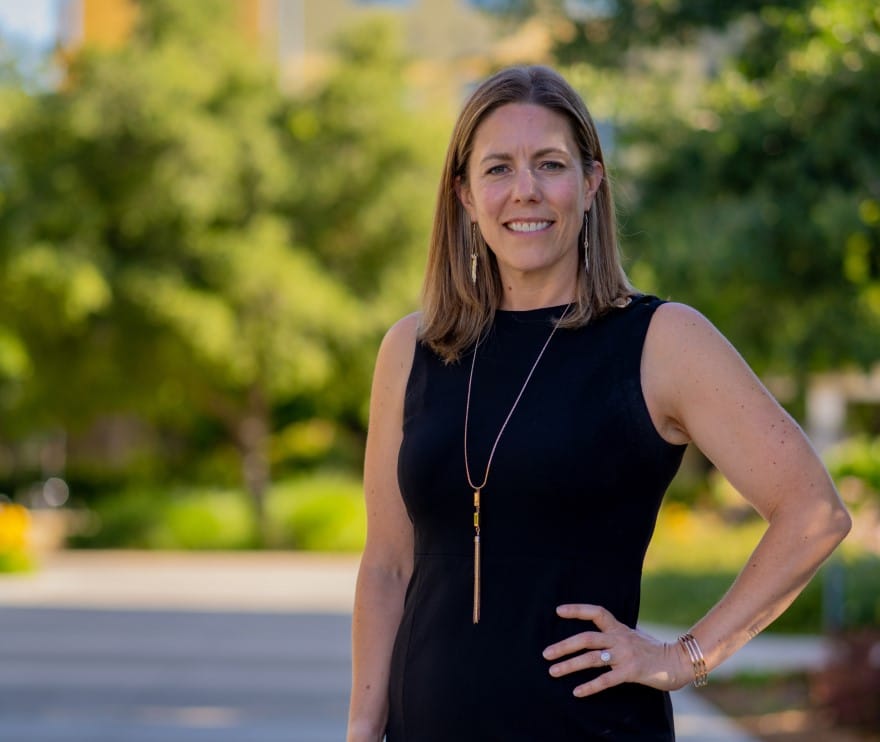 “We have to look at it as if we could be serving the next Mark Zuckerberg or Bill Gates or someone else who goes on to do something incredible,” the personable and energetic DePersis remembers being told by her new employers.

With the third-largest enrollment in the University of California system, UC Davis already boasts a distinguished collection of alumni, including six current or former members of the U.S. House of Representatives and too many to mention at the forefront of science, industry and the arts.

Surely the school’s current 31,000 undergrads and 9,000 graduate students have luminaries to be among them as well. As DePersis believes, it’s up to the university to provide the means to bring out the best in them—beginning with the most basic needs of housing and food security.

“That’s one of the big things that resonated with me: The importance of focusing on these needs,” DePersis tells Blueprint in March, noting the student body’s diverse economic backgrounds. “I may have been blissfully unaware of this when I was in college, but coming here it hit me right off the bat.”

As did some basic facts about California’s current housing shortage, which is no less felt in Davis, a city where the rental vacancy rate is 1 percent. The city and university are united in the need to create more housing, and DePersis has inherited some ambitious projects to rehab existing residential halls and build new ones from the ground up. 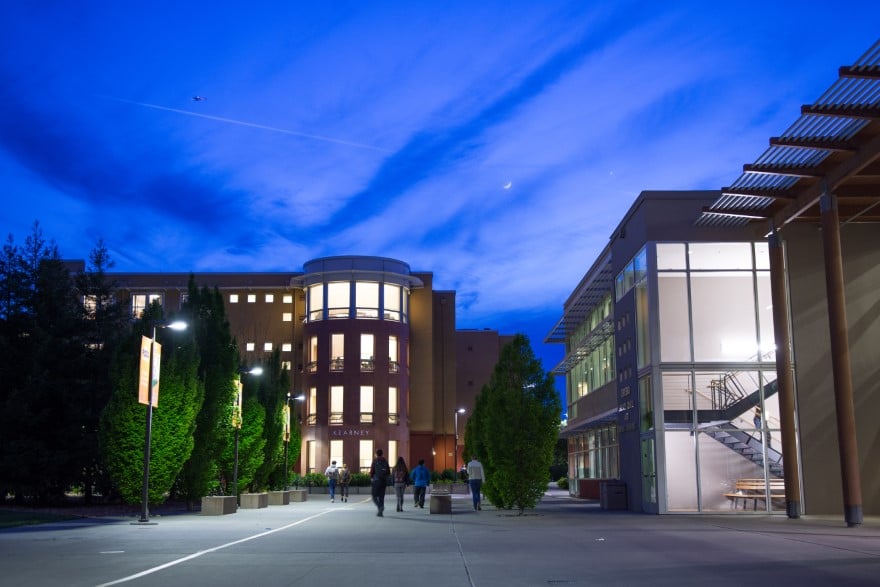 “My 75-year-old aunt lived in one of the buildings, so you can imagine how old it was,” DePersis reflects.

Come this fall, the school’s housing shortage should be somewhat mitigated, with 1,000 beds opening for transfer and continuing undergrad students at The Green at West Village, and 2,300 more beds due the following autumn.

According to DePersis, some of the work is being done through a public-private model, with the university partnering with a builder who provides the funding, and the university controlling the residential side. “With complex projects like this, you have to explore every creative option,” DePersis emphasizes.

A need for appearance

Housing security being just one basic need, DePersis oversees another at the school’s dining facilities. It’s an eye-opener, she says, to see just how food-insecure so many students are, and how incumbent it is on the university to provide sustenance at a reasonable cost.

While menus aren’t part of her responsibilities, oversight of the dining maintenance team is, as well as of the units for custodial duties, residential hall maintenance, projects and logistics, and information technology. 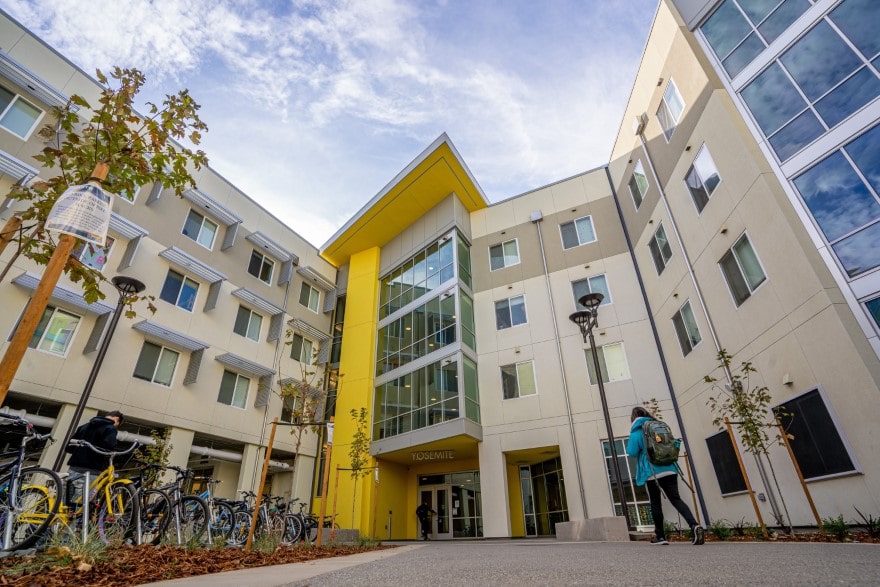 But more residence halls and better dining halls aren’t all DePersis focuses upon to help the school put its best face forward. With the baby-boomer generation fading, there are fewer high school grads in the mix for higher education, and competition for them can be stiff. Curriculum may be a university’s main attraction, but just as a young graduate’s appearance will affect his or her job prospects, campus appearance is critical to maintaining—and boosting—enrollment.

“Much of a student’s decision comes from the feel they get when they visit the campus,” DePersis says. “The vibes from the architecture and campus setting have to be positive. They have so many options.”

Its proximity to some of the Golden State’s most productive farming land, UC Davis has somewhat of an agricultural feel, with livestock and poultry on some of the sprawling acreage. Year-round farmers markets in downtown Davis add to the campus ambience that DePersis seeks to further in multiple ways.

Only on the job since October, DePersis acknowledges the steep and ongoing learning curve of having to oversee a staff of 250, albeit one with assistant directors and supervisors whom she says do the lion’s share.

“I was very lucky to come to a team that’s been together for a while and knows what they’re doing,” she says. “They’ve been very helpful to me when it comes to understanding the ins and outs of the university. I give a lot of credit to them.” 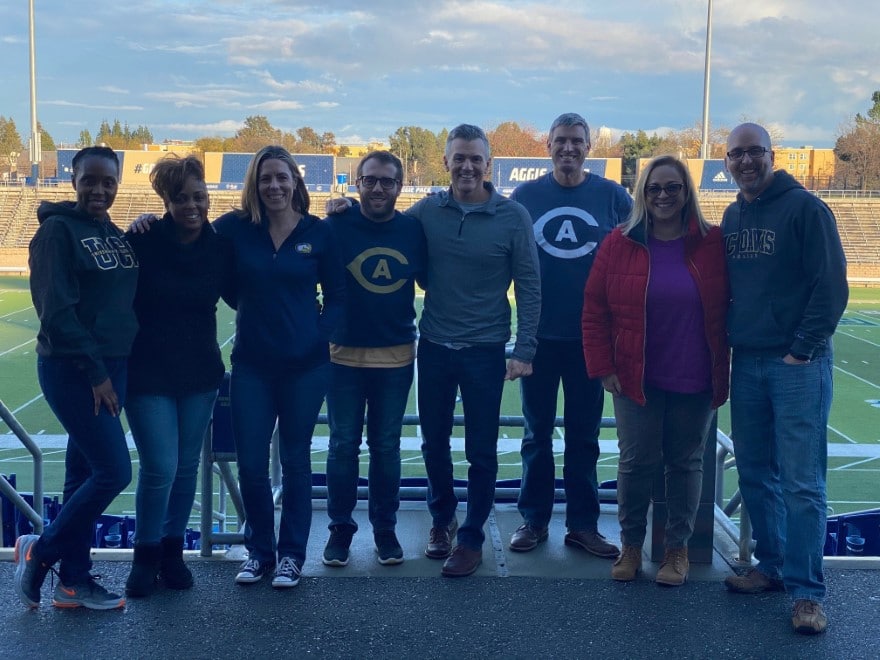 She also credits her father for instilling the importance of a business background—something the young DePersis eventually pursued at the University of Colorado Boulder, where she earned her BS in 2001. Originally inclined for an arts education, she’d shift to business administration while retaining interest in cultural pursuits—though she quickly learned the two needn’t be mutually exclusive.

“My father stressed that regardless of one’s interest—art, music, sports—there are business people involved,” she says. “And if you know business, you can find your way into any field.”

That said, DePersis may not have found property management so much as it found her. While still an undergrad, DePersis was looking at a house to rent and while talking to a real estate agent, was offered a job. This being the late 1990s and DePersis also skilled on the personal computer, she got a career boost even before earning a diploma. 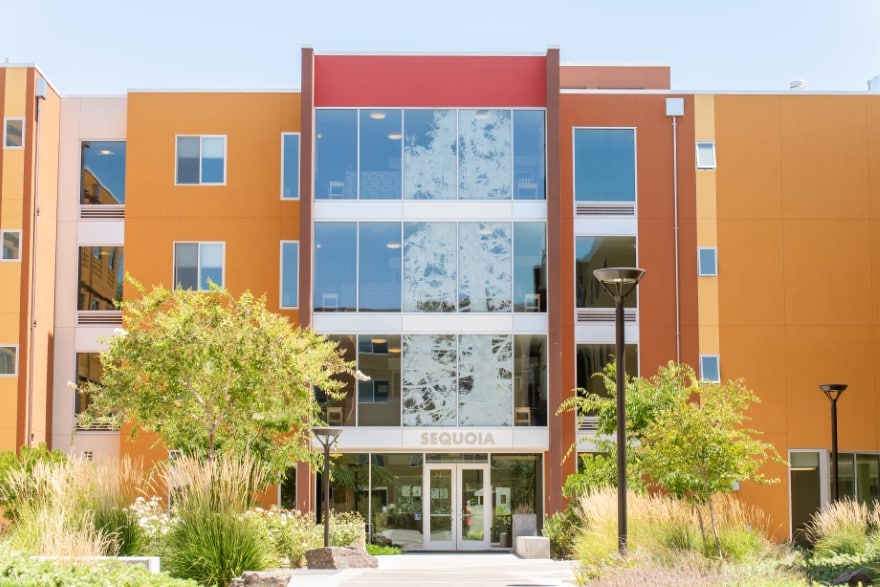 A Sacramento native who long had designs on going back home, DePersis took a job as a leasing consultant at Stone Creek Apartments in Natomas, garnering experience in everything from low-income housing to commercial properties management. In 2013 she’d begin a seven-year stretch with the local office of Colliers International, ascending to senior property manager before opting for UC Davis and its greater mission of being more than just a bottom line.

“Education’s the great equalizer,” the married mother of two small children tells Blueprint after one of her rigid morning workouts. “And we have the opportunity to enable it.” 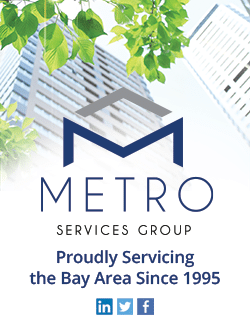