A facilities manager trades dorms and labs for gardens and art

Thomas Polansky has loved The Huntington Library, Art Museum and Botanical Gardens since he was a child.

Often when he visited his grandparents in Pasadena, they brought him to these places at the San Marino, California, institution. The trips influenced Polansky’s early interest in art and architecture, and he eventually went on to receive his master’s in the latter.

Instead of becoming “the next Frank Lloyd Wright,” as he fantasized in his youth, Polansky pursued a career in facilities management. Most recently, he’d been working at Occidental College in Los Angeles, when he got an unexpected recruitment call. 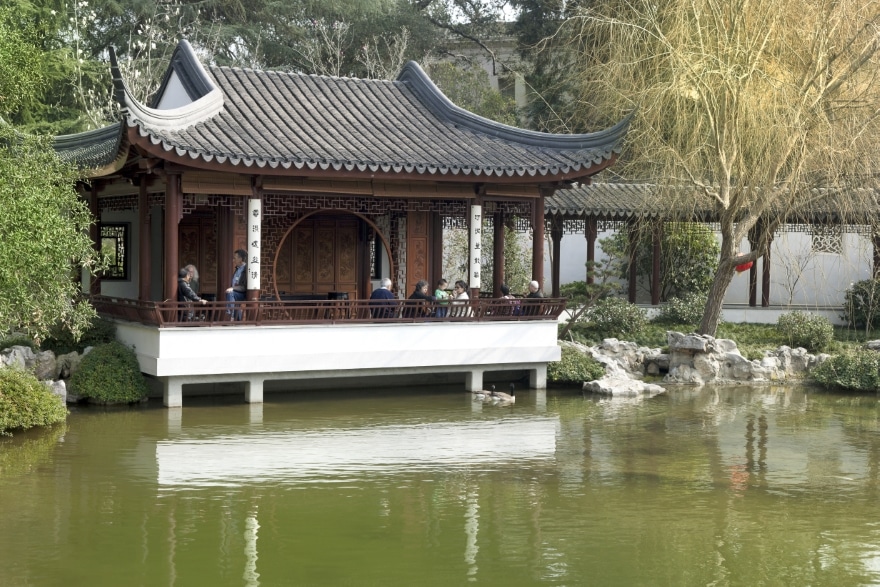 After a lifetime of being interested in The Huntington, it was interested in him. In April, he started as its new vice president for operations and facilities.

“I’ve always loved The Huntington, and now I’ll get to experience it on the other side,” Polansky says. “I’m that dad on vacations who makes my family hike through art museums for miles and miles, so this opportunity was way too good to pass up.”

While working at The Huntington is a dream job for Polansky, he says he’s going to miss Occidental College. He spent eight years at the university as its associate vice president of facilities management, where he worked closely with faculty and administrators to make sure new buildings, maintenance and renovations aligned with their needs and goals.

While there, he was working on a long-range plan to remodel the university’s chemistry building, which was built in the ‘60s. The renovations, which will be completed as funding allows, instead of on a set timeline, will include modernizing all the teaching and research labs, upgrading the chemistry library and building new meeting rooms for students and professors.

Chemistry faculty specifically asked for collaborative spaces to be incorporated into the new design, Polansky says. He had frequent meetings with the dean of the college and professors to gather their input, which he then relayed to the architect for inclusion in the project design. 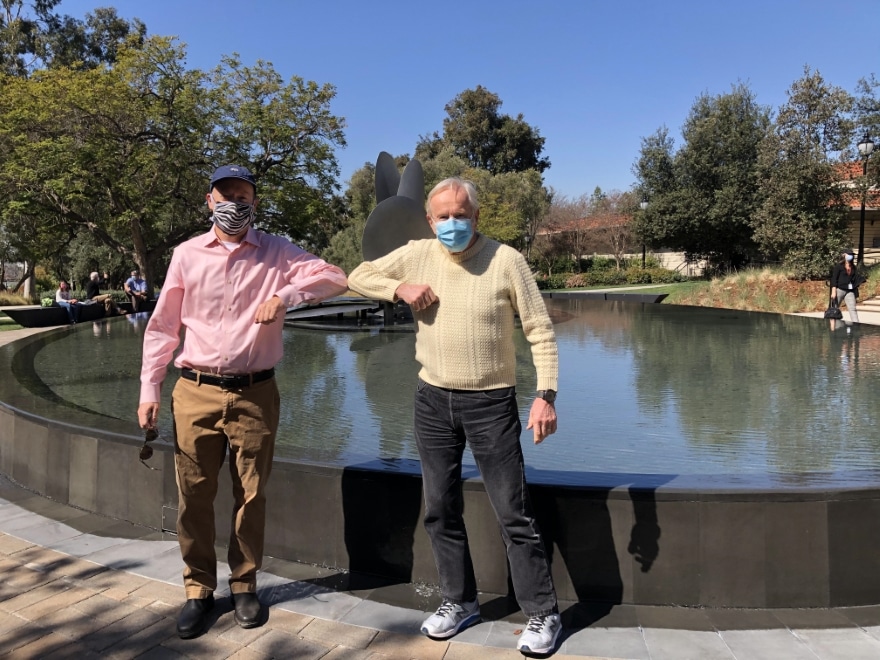 “One of the things I love about project management is translating the aspirations of the end user to the architect,” he says. “It’s important for everyone to be on the same page, so there’s a need for a shared language for the project to be successful.”

According to Polansky, half of his job involved campus planning projects like this. He ensured new development was in line with the university’s strategic plan and that projects stayed on budget and schedule. The other half of his job related to operational planning and maintenance of the campus grounds and infrastructure. Custodial was especially important during Polansky’s last year at Occidental, as the COVID-19 pandemic impacted everything he did.

When the pandemic began last spring, most of Occidental’s 2,000 students went home to learn remotely. Around 100 students stayed on campus all spring and summer because they needed a place to live.

Polansky got personal protective equipment for his staff of 80 as quickly as he could and increased the cleaning frequency of the residence halls and other high-use areas. Because most of the residence halls were empty, two were used as temporary housing for healthcare workers who’d been in contact with COVID-19 patients.

The university partnered with two local hospitals to provide short-term overnight stays, as well as long-term housing to nurses and doctors. Occidental delivered meals from its dining halls during their stays on campus.

The partnerships ended in December 2020, to prepare for students coming back to campus for the spring semester. In addition to deep cleaning the dorms, Polansky and his staff implemented social distancing in classrooms with spaced out desks and plexiglass barricades. They also began using fogging disinfectant machines that sanitize classrooms in minutes. 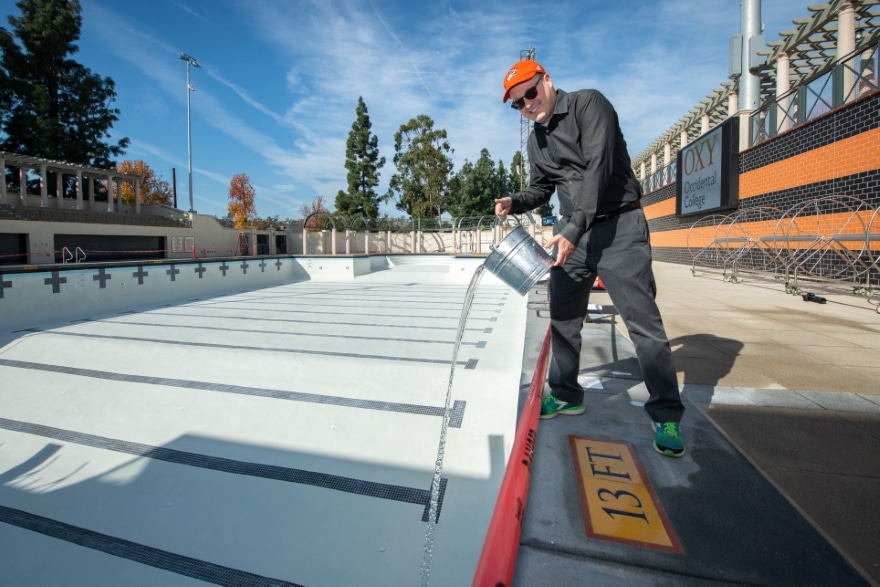 Polansky says he’s appreciative of his staff’s dedication over the past year. He says his time at Occidental changed his leadership style drastically and taught him how to loosen his need for control.

“I’ve learned to let people use their voices and make decisions on their own,” he says. “My staff knew the blind spots within the department and the college, so I was grateful for their unique perspective.”

Letting nonmanagement staff take the lead on decision-making isn’t just good for business, Polansky says. It creates a better work environment, too, and sharing control was part of his diversity, equity and inclusion efforts at Occidental.

“Facility departments are typically the most diverse on campus, but they’re not always the most equitable nor inclusive because not everyone’s voice is heard,” he says.

In addition to listening to staff and implementing their ideas, Polansky also facilitated mentorship opportunities for them. He helped employees develop interdepartment relationships so they’d have “an invaluable source for career guidance,” regardless of their future career direction.

Polansky’s approach has been greatly shaped by his involvement with Leadership in Educational Facilities, known as APPA. He’s served on the board of Pacific Coast APPA for almost four years, where he’s mentored others in the industry and led conferences, trainings and workshops.

“It’s enabled me to learn from folks who’ve been in the industry for decades,” he says. “I wouldn’t have been able to make the move to The Huntington without the help of APPA.” 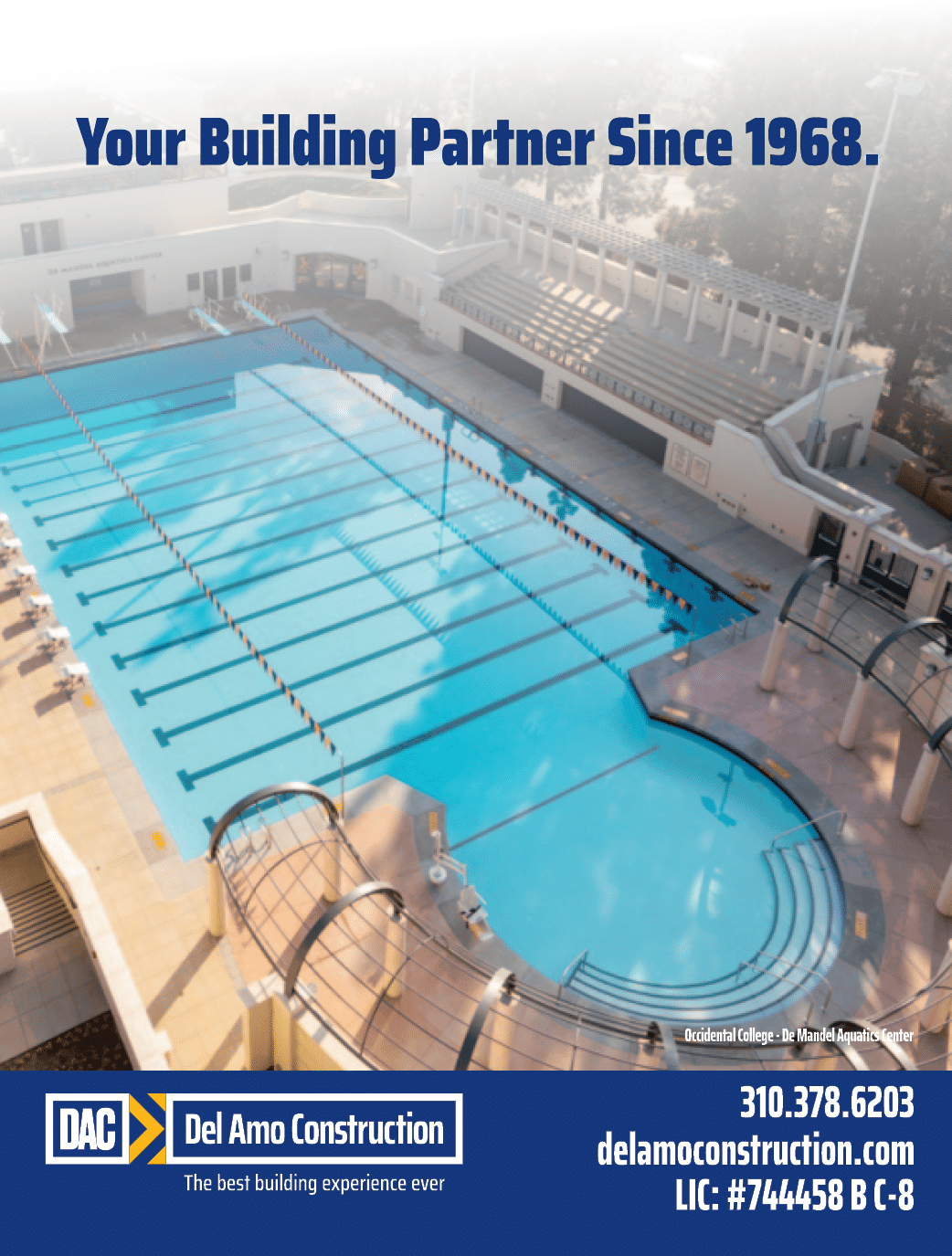