As so many students can attest, deadlines can be the difference between passing and failing. So you’re late in submitting a term paper? Your instructor isn’t likely to accept excuses.

The stakes are even higher for Phillip Cunningham. As director of facilities management and campus safety at Stillman College, he’s under pressure each summer to ensure facilities are ready come early fall. No excuses will be accepted if a dormitory or laboratory isn’t prepared when the academic year commences. 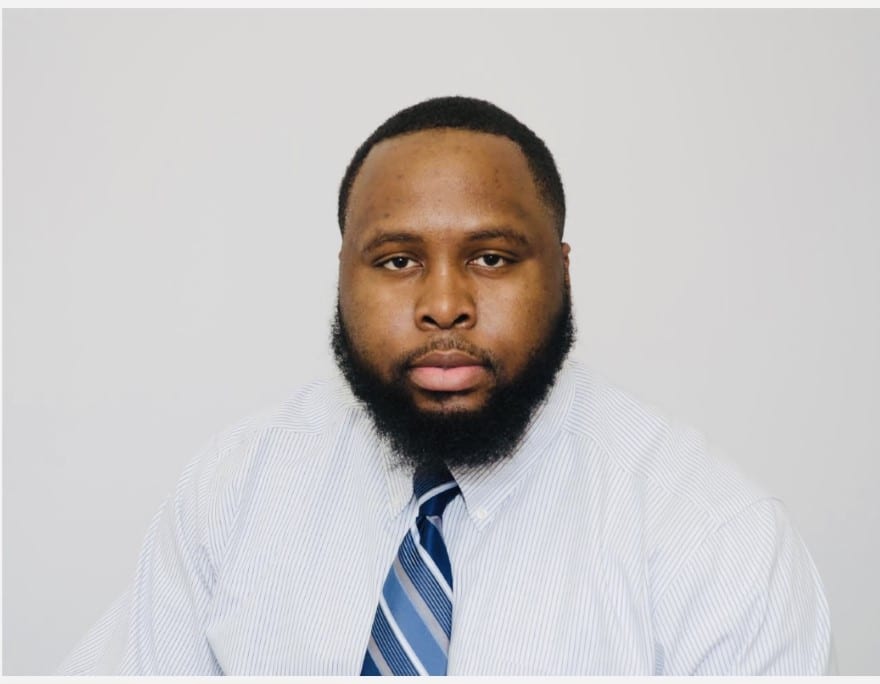 “If you’re one day late, or even an hour late, it interrupts the college’s operations,” the intense but friendly Cunningham tells Blueprint in early August, just a few weeks before the campus in Tuscaloosa, Alabama, again teems with students, staffers and faculty. “As Nick Saban would say, ‘your plans might hiccup, but what’s the response?’”

Saban, the University of Alabama football coach, is a source of inspiration to Cunningham, who posts his quotes in his office. Everyone’s got to have some kind of game plan to pursue, says Cunningham, and his is bringing more vibrancy to this historically black and faith-based private college.

Named for Dr. Samuel Burney Hay, the late president who presided over Stillman transitioning from a two-year to four-year college in 1948, the Hay Center has become a one-stop shop for most student needs. It’s here where students can find information for admissions, financial aid, auxiliary services and extracurricular activities, and enjoy amenities that include a game room and upgraded dining facilities.

That latter attraction, Cunningham explains, is among a student’s primary interests, and the Hay Center offers a variety of cuisines at kiosks and tables with charging devices for mobile phones. The dining hall stays open until 10 a.m. on Wednesdays, Thursdays and Fridays, and students may use their Flex Dollars for food. 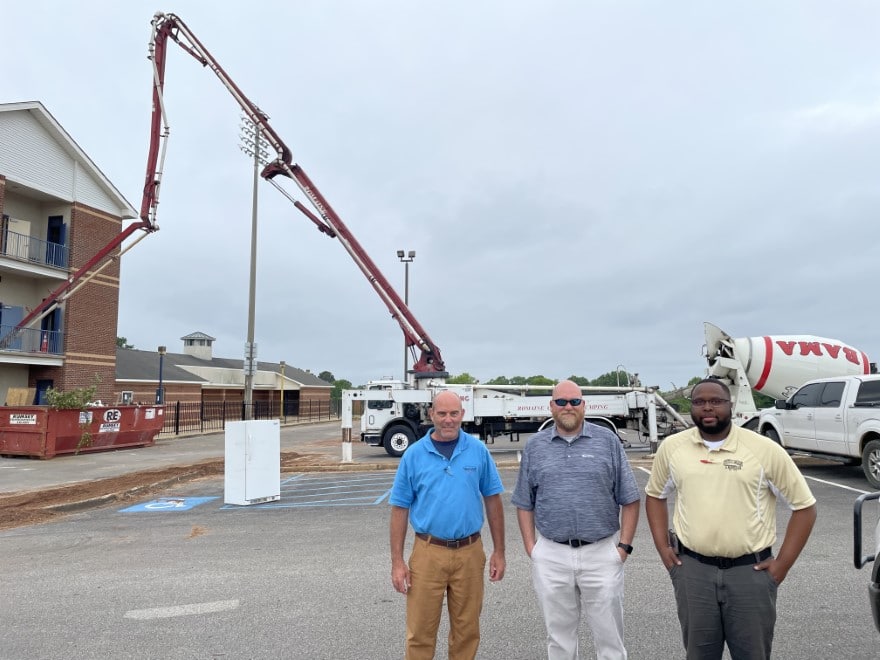 Aesthetically, the Hay Center has been spruced up with the school colors of gold, blue and gray, and glass door fronts that Cunningham says are more inviting than the previous non-transparent material. Last spring, the nationally noted artist Shawn M. Perkins completed a wall-sized mural depicting the best of the school’s past and its potential.

“Entrapping the whole theme of campus life, the history of the school and really just commemorating all of those who made what we are seeing today possible,” Perkins told the school. “We really wanted to give the students something positive, something uplifting.”

Cunningham says Perkins has succeeded, the mural displaying progress with 19th-century Black adults in formal attire to the far left and “Hail to thee” on the right with youngsters at the school’s entrance in the center, and everything against a green Alabama backdrop.

Then there’s been the upgrade of a communal shower in a men’s dorm. Long overdue, it commenced midsummer and was expected to be done in September. The facility was gutted, and sinks, showers and toilets replaced along with flooring, ceiling and ventilation.

And those are just the major projects. Some of the school’s furniture being decades old, he’s ordered replacements but has had late arrivals. Supply chains in other areas also have been interrupted due to the pandemic but Cunningham says it’ll be an orderly start to the new school year. 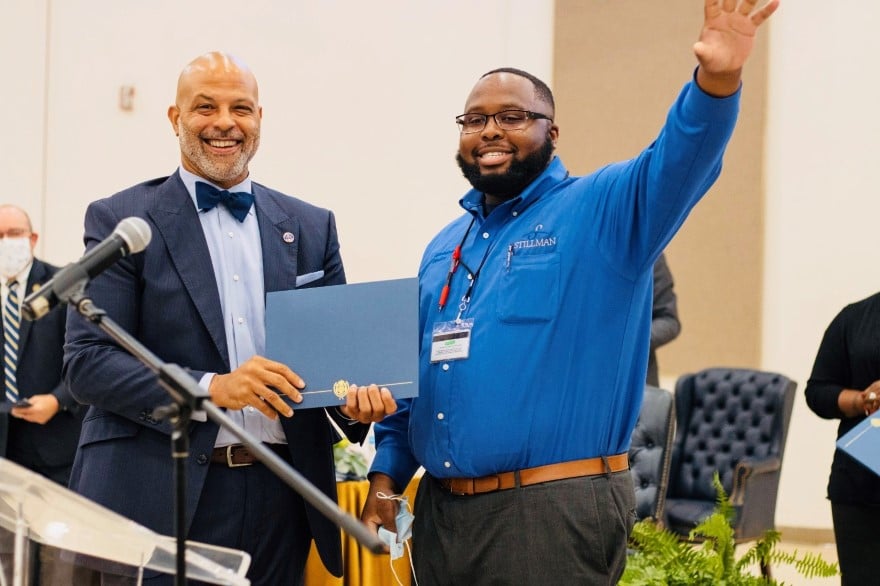 “When you have a great team, you find a way to get work done,” he says. “It’s also important to get the input of students and it means a lot for me to be in this and give back to them.”

Still a young man, Cunningham can relate to the students, many of whom come from modest economic conditions, and he’s sensitive to their needs. Students without cars appreciate on-campus recreation and entertainment, and Cunningham tries to deliver. He also meets with the president and vice president weekly, balancing their needs and wants against those of students, staffers and faculty.

“They’re all my customers and it’s customer-first,” he says.

Time was when Cunningham served a different clientele, his previous employer being the Tuscaloosa County Sheriff’s Office and working in detention. He’s found the skillset transferrable, part of his responsibilities being campus safety. Given that Cunningham had been doing maintenance since he was a teenager, Stillman College seemed both good fit and challenge.

There wasn’t much preventive maintenance in place, he recalls. While summer work will always be busy, he also undertakes projects on holiday breaks and long weekends. He’s also subcontracting much of the routine work so his department can focus on bigger matters.

“Life put me here and it’s been a great experience,” he says. “It’s given me the opportunity to make some changes, grow and learn and increase my leadership skills.” 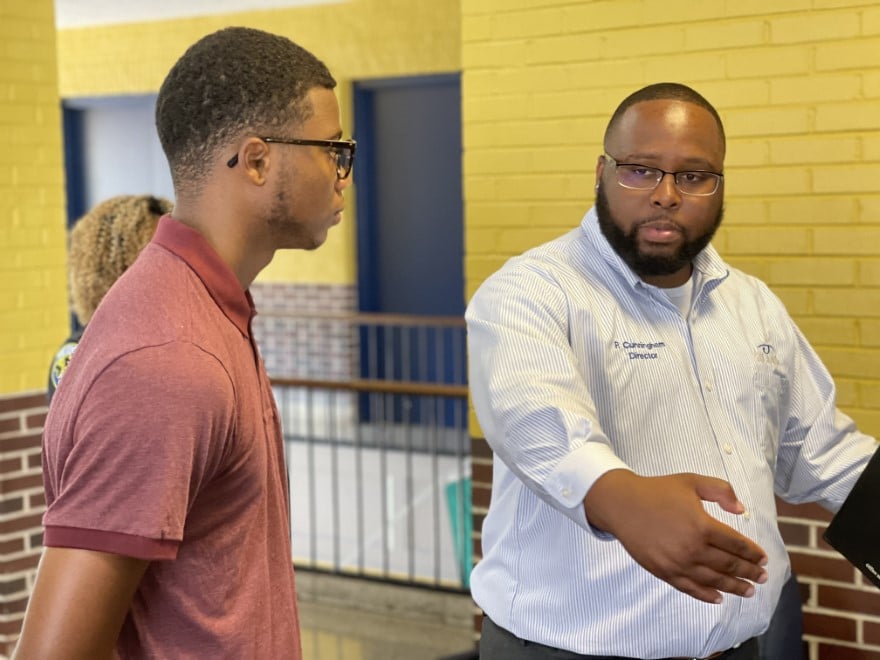 But one doesn’t grow in a vacuum, and Cunningham nurtures friendships with his counterparts at other colleges, borrowing and sharing ideas. All share a vested interest, he reminds, in contributing to the growth of young people.

Stillman College was founded on Presbyterian ideals that combine faith with social progress, and its alumnae include Black individuals who became groundbreakers in politics, academia, law, sports and the armed forces. Stillman has an enrollment of about 650, mostly men, and is accredited by the Southern Association of Colleges and Schools.

Every Thursday you’ll find many of the students joining Cunningham in chapel. And autumn Saturdays, many will be cheering for that other school in Tuscaloosa, the one that Saban coaches.

A pretty fair running back in high school, Cunningham’s quite the sports fan and cheers on the Stillman Tigers as well. But there being no football team at this relatively small school, his loyalty rests with the Crimson Tide.

“And you’ll always learn something from Nick Saban,” Cunningham says. 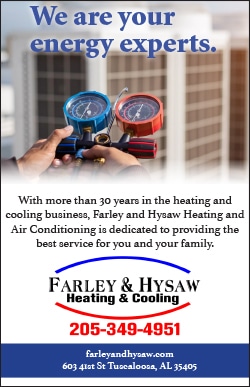 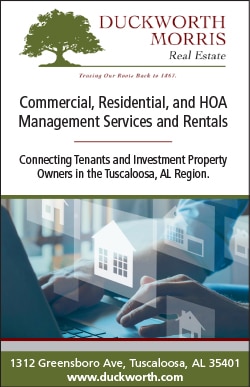