Watching Tai Davis work with his facilities team, one would never know he’s a staunch introvert, mostly content to keep to himself.

Davis credits his California upbringing with introducing him to people from all backgrounds and cultures—and for teaching him to accept them for who they are. But it was his mother, a social worker and union representative, who instilled in him the desire to lead. 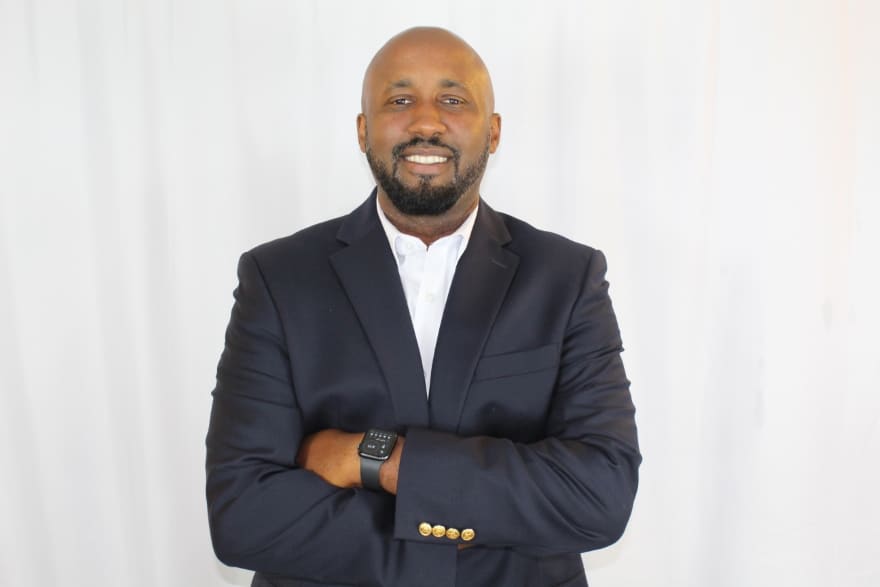 Now, as the director of facilities operations for Fayetteville State University in North Carolina, Davis has found a role that requires service and leadership in equal measure. Not to mention a steadfast commitment to outside-the-box thinking.

“My team are my customers,” says Davis, who joined the university in 2015 as an environmental services manager before being promoted to his current role in 2018. “I’m here to make sure they get what they need to do their jobs to the best of their ability. I’m about doing what you can with what you have.”

Founded in 1867 by a group of Black men for the sole purpose of educating Black youth, FSU—a historically Black university located in Fayetteville, North Carolina—ranks among the nation’s most diverse campus communities. It’s also the second oldest state-supported school in North Carolina.

While Davis says the campus is beautiful—a mix of historical and modern influences with acres of inviting green spaces—given the age of the buildings, updates and renovations are inevitable. In 2018, following his promotion to director of facilities, one of Davis’ first projects was updating some of FSU’s oldest residential halls and key areas in academic buildings. 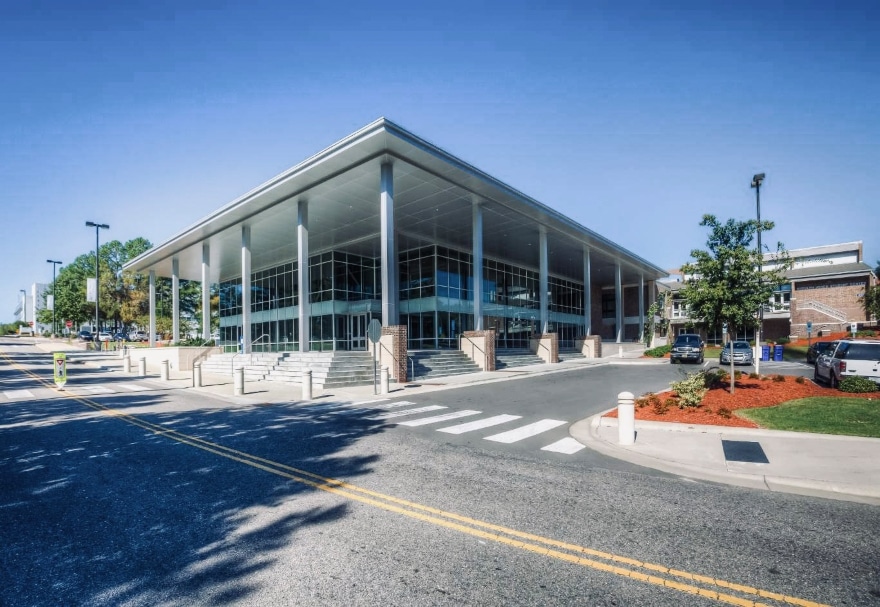 The upgrades included everything from replacing the floors and installing new HVAC units to adding new paint to common areas and replacing water fountains with bottle-filling stations. The goal, he says, was to create a more modern experience for students.

“The upfit of our older residence halls provides students with a refreshed living environment while extending the life expectancy of some of our older structures,” Davis explains.

Still, the project wasn’t without its challenges. Rather than remove the building’s vinyl composite tile floors—a measure that would’ve exposed his staff (and students) to harmful asbestos—Davis got creative, encapsulating the floors with a special coating. Not only was the method safer; it also allowed his team to decorate the floors.

“We came up with a custom color blend with our school colors, sort of resembling a terrazzo,” he says. “This option was definitely cost-effective and added a much-needed facelift to the building.”

Not all of Davis’ duties have to do with improving FSU’s infrastructure, however. When the pandemic hit, the school—like just about every university—had to keep up with everchanging CDC guidelines, along with state-sanctioned health and safety orders.

When the CDC issued new protocols for disinfecting common spaces, Davis and his team sprang into action. Responding to a campus-wide shortage in disinfectant wipes, they created their own by drilling holes in the top of two-gallon paint pails and filling them with wiper roll refills soaked in disinfectant.

“We had orders on back order for so long, we had to make do with what we had,” he recalls. 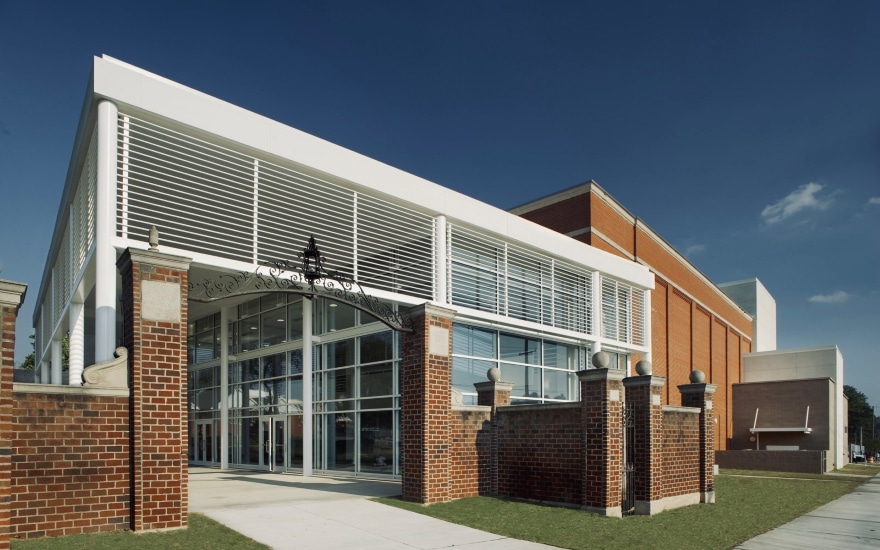 The process was so efficient and worked so well, in fact, that neighboring universities reached out to him to teach their staff to do the same.

Despite the pandemic, Davis says the future at FSU is looking bright, pointing to the university’s recent partnership with the city of Fayetteville to build a wellness center for FSU across the street from campus.

Slated to be completed in late 2023, the facility will include yoga studios, basketball gyms, a fitness center and a “wellness bar” complete with a variety of juices and healthy snack options. There are also plans to build a senior center at the back of the building—part of another partnership between FSU and the city of Fayetteville that’s expected to break ground later this year.

“The Wellness Center project is a win for the city and FSU that contributes to the revitalization of the Murchision Road corridor,” Davis notes.

A leader who listens

It’s the kind of project he dreamed of taking on when he joined FSU in 2015, following a 15-year career in the private sector.

Initially leading the school’s custodial group, Davis—whose background was in painting and management more than custodial services—says his first priority was to listen, rather than instruct.

“I listened a lot—and I had a lot to learn,” he recalls. “I didn’t come from a mechanical trades background, which is specializing in electrical, HVAC and plumbing. So, I had to listen to my team to figure out what some of the challenges were. Once I got an idea of some of the challenges, I started working with them to implement small changes.” 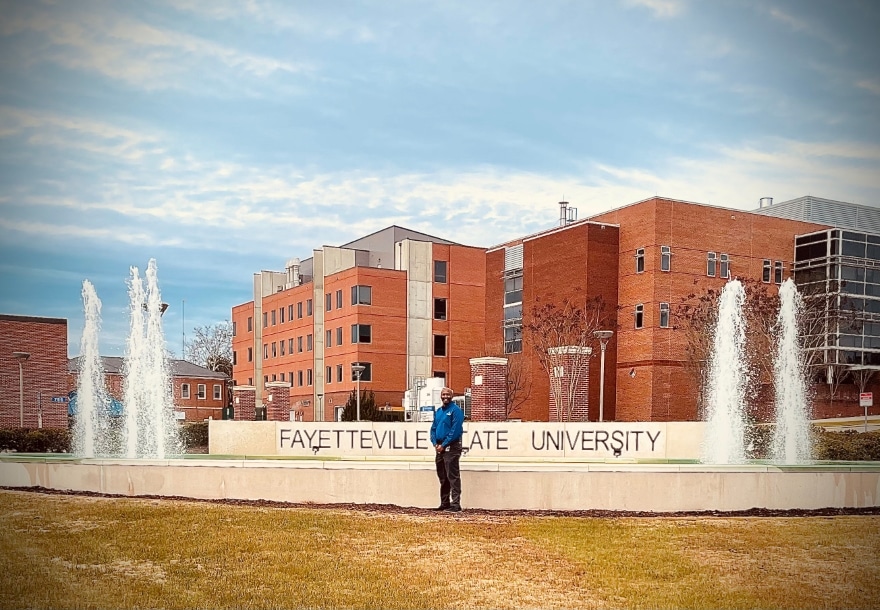 By 2018, the university expanded his role to include overseeing both the grounds and custodial group—a team that now includes more than 70 employees. Over time, Davis says he was able to pull his department together to form a more cohesive unit, one that was better able to serve the campus community.

Having spearheaded back-end projects aimed at improving communication between his department and the university—including upgrades to his unit’s work order system to make it more customer-friendly—he says his focus is now on helping FSU embrace a new era of growth.

“No matter what we’ve done, my team has used the progress as fuel,” Davis adds. “Now they are focused on growing within their individual trades, and that’s really all I want for them and this university: to continue to grow.” 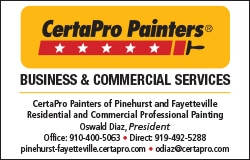 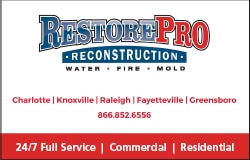 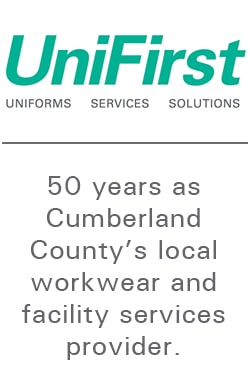