He’s got lots of “Mister-izing” to oversee.

Such as in the Tri-Cities region of southeast Washington state, where Mister Car Wash recently enhanced its status as the nation’s largest chain of its kind. It bought seven car washes in the municipalities of Kennewick, Pasco and Richland, and all either have been upgraded or are undergoing upgrades to enter a company portfolio that’s nearing 400 nationwide. 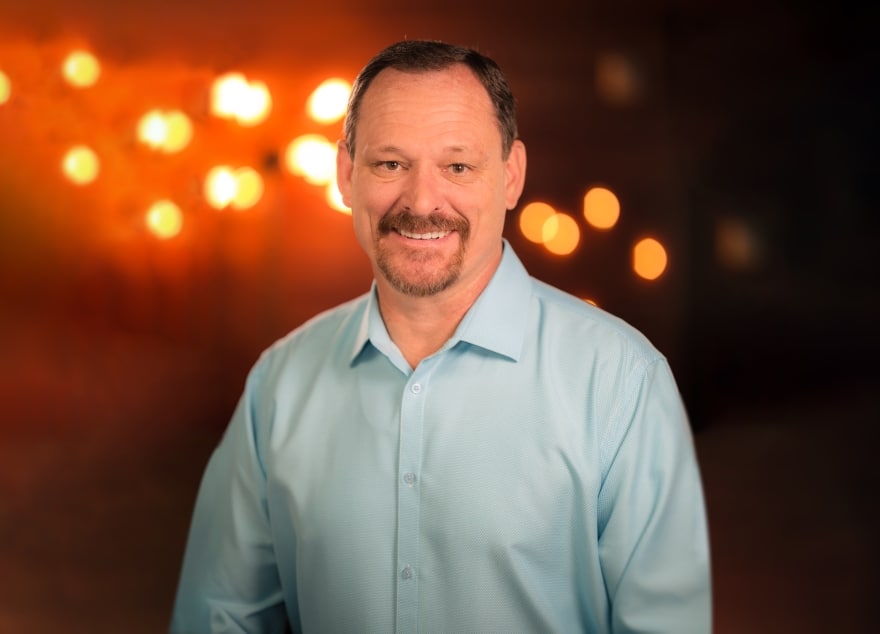 “It’s no different than a Holiday Inn buying a Marriott,” explains Tom Stewart, director of facilities management at Mister Car Wash since late 2015. “You’ve got to make them look your brand. There’s signage, point of sale, equipment, etc.—you’re not just putting lipstick on a pig. You’re spending hundreds of thousands of dollars to customize the acquisitions.”

And he’s overseeing the spending of millions more, as Mister Car Wash plans to build 24 operations this year on top of the two dozen-plus completed in 2020, with previously unserved parts of Texas, New Mexico and Florida among the new promised lands.

Prior to 2017, the company only grew through acquisitions—typically swooping up multiple operations simultaneously in one region—but he’s seen enough opportunity for new construction, and with Mister Car Wash funded by private equity, there’s money for it. So it’s no coincidence, perhaps, that 2020 marked one of Mister Car Wash’s best years to date.

Stewart can’t say for certain whether it was because people had to break their COVID-19 induced quarantines by getting behind the wheel. All he’s sure of is that, during a year when so many companies were downsizing, Mister Car Wash held on to all its maintenance personnel and will need more as its “blend and build” business model continues.

Stewart, based in Tucson, Arizona, along with Mister Car Wash headquarters, initially had to remotely oversee his duties after the pandemic’s outbreak, but has gotten back on the road. It’s essential to have the right team in place, he says, and—to paraphrase an old TV commercial about automobiles—this is not your father’s car wash.

“The biggest change: technology,” he tells Blueprint in February. “Back in the day, a car wash was like a rotary phone. Slow and cumbersome. Today, it’s like an iPhone 11.” 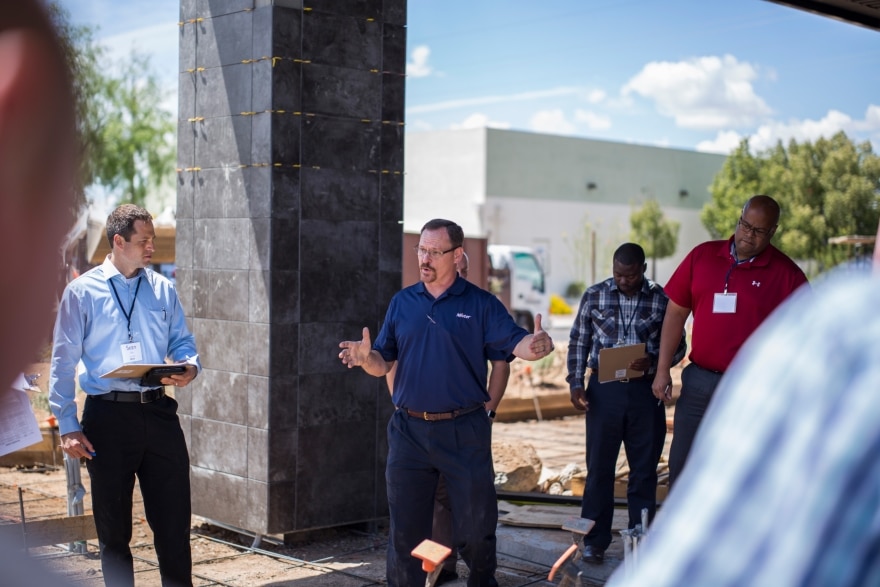 And high on the list of necessities: optimization. Each car wash representing a substantial investment, he emphasizes that the only way to recoup those dollars is through volume.

The means to process up to 180 cars per hour sure helps the cause, Stewart goes on to say, and the customer must not be kept waiting. He’s a stickler for conveyor-belt efficiency and processes that fine-tune the cleansing of a vehicle. Coming soon to select Mister Car Wash locations nationwide: contactless payments and an EZ Pass-way of bringing in customers—without a minute gone to waste.

“There are always little nuggets of efficiency to be had from each department,” he notes.

The efficiency includes conserving water, maybe especially so in southeast Arizona. He’s got filtration systems that capture and reuse water, environmentally benign cleansers and the means to reduce demands on electricity. But most important to Stewart are the hired hands and their ability to grasp the fine points of electronics, mechanics, hydraulics, plumbing, welding and pneumatics.

“You can build the best building, but without the right people it just doesn’t work,” he says. “A great attitude and ability—that’s our secret sauce. Pay more to get the right people and show they can have a future in it, if this is what they like to do.”

He’s made a career out of it, now overseeing Mister Car Wash facilities and around 170 employees, but it wasn’t all by plan. Having enlisted in the Navy after graduating high school in 1984, Stewart honed his technological skills as a Seabee, only to find that such experience didn’t resonate much outside the service. Upon returning to civilian life, he became an aviation electrician with General Dynamics in Fort Worth, Texas, and somewhere along the line experienced a pivotal moment while at a car wash.

“I saw the complexity of it, not just the soap, water and foam brush,” he says with a chuckle. “I saw the hydraulics and other systems and was very intrigued. So I’ve moved from ships to airplanes to car washes.”

First was five years-plus at Blue Coral Systems in Dallas and Fort Worth, and then a decade as general manager of Big Man Washes in Irving, Texas. In 2015, a former Blue Coral boss partnered with Mister Car Wash and beckoned Stewart to join the team. 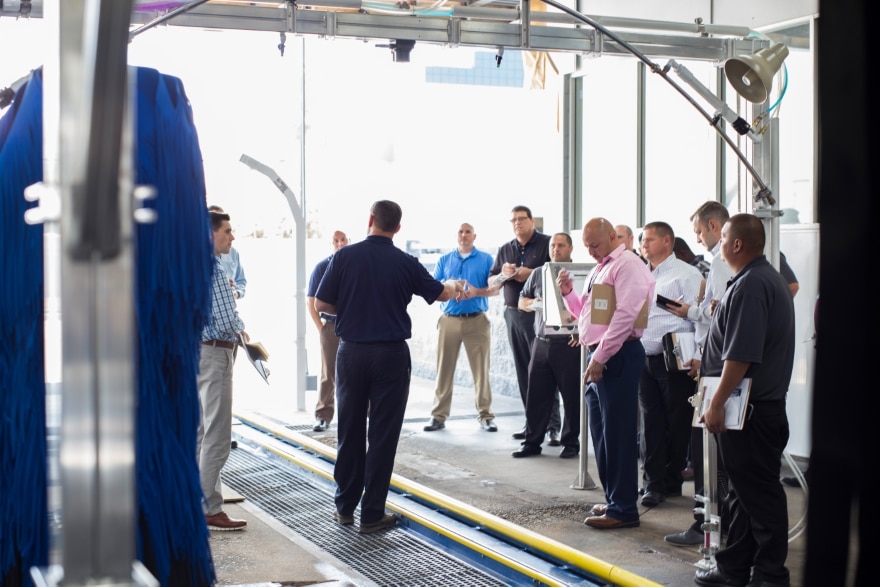 Mister Car Wash having committed to aggressive growth, its need for a robust maintenance team and a leader were imminent. Already the company had around 200 washes and 90 maintenance personnel, and if those numbers haven’t doubled yet, they soon will. There’s money to be made with a modern car wash, and the private equity investors are eager to expand the portfolio.

Sometimes on the verge of being too eager, Stewart adds with another chuckle. But they can be forgiven because, after all, who really gives much thought to what goes on at a car wash if the vehicle emerges sparkling?

“They only see people coming in and paying for the service,” he says. “They don’t see all the programs, training and maintenance that’s so necessary for meeting expectations. They can give us growth pains, but that’s a good problem to have.”

So he’ll go on “Mister-izing” the new stores in Washington state and other locales where Mister Car Wash is either building or blending. And down in his adopted hometown of Tucson, business is just great.

“So much dust in the air, and dust is our friend,” he says. “On cars, it turns to mud and becomes liquid gold.”

And a fair amount of dust in the semi-arid Tri-Cities, with fabled winds to spread it around. There’s something car-unfriendly about the climate and geography wherever a Mister Car Wash is located. 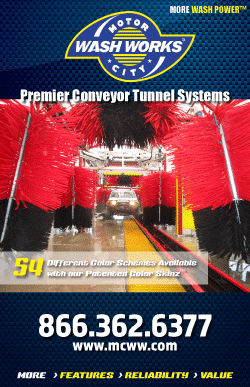