Common ground at the campus commons

The common denominator is everyone on campus—students, faculty, administrators, maintenance employees—has to eat, and they all agree it should be a pleasant experience.

It hadn’t been that unpleasant at Vassar College; it just could have been better. The private liberal arts school in Poughkeepsie, New York, has long prided itself for forward thinking, but somehow that progressive mindset seemed to stop at the cafeteria door.

Three times a day, diners would file in line and have meals scooped on trays, and upon exiting the serving area would turn left or right to whatever table their friends were seated at. All told, it wasn’t much different from a high school cafeteria. 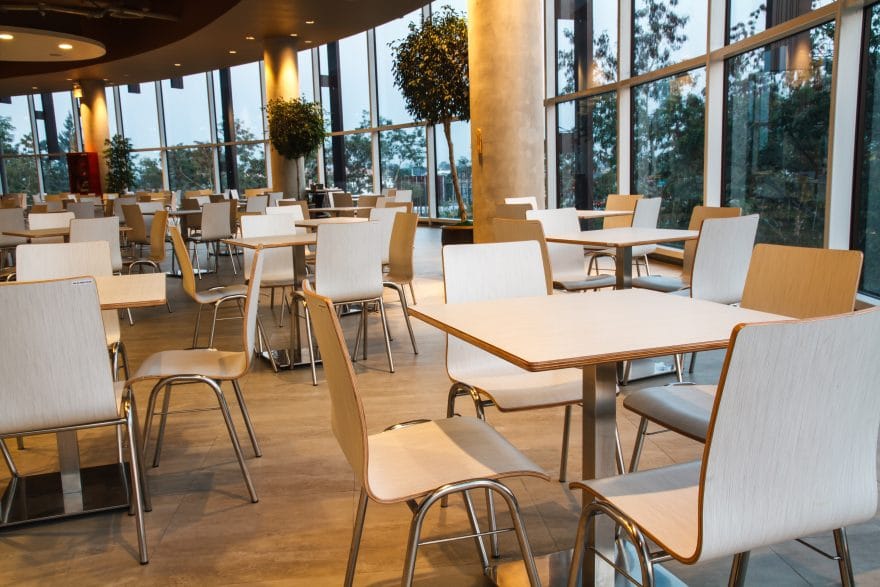 That’s changed with the start of the new academic year, the result of a years-long collaborative effort organized by Teresa Quinn, the assistant dean of the college, whose responsibilities include dining.

Some might say that’s her most important duty. At the very least, it would seem her most conspicuous.

“Everyone here shares the dining experience and we heard a lot of suggestions for improvements,” says Quinn, a veteran of more than three decades with the Vassar administration. “We recognized that we were significantly lower than our peers at other campuses as far as food and facilities were concerned. Now they have access to a shared and beautiful dining experience.”

Late to the table

If there’s any regret, it might be that some of the early members of the student advisory Food Committee are no longer around to enjoy the All Campus Dining Center (ACDC.)

The project had been in the works for six or seven years, but, as Quinn reminds, a modern cafeteria is no simple function. That thought would be echoed by Bon Appetit Management Co., a subsidiary of Compass Group, the multinational corporation that specializes in cafeteria planning, development and maintenance.

With Compass Group’s clients including hospitals, nursing homes, stadiums, museums, prisons, workplaces, high-class restaurants and academic institutions ranging from elementary schools to universities, the company seemed like a logical choice to upgrade Vassar’s dining facilities. Starting last year, with an architect enlisted, work began in phases, and the new, improved ACDC was ready on time and under budget when the students arrived in August.

There’s open space in spades, with a higher ceiling. A Michigan company noted for remodeling expertise, Facilities Maintenance Group, has put down a durable floor. The previous kitchen has been gutted, with modern piping, electrical systems and HVAC installed in a condensed area. Surplus square feet now go toward the dining and seating areas. Meal time isn’t regimented; from 7 a.m. until 1 a.m., at least something is available—a benefit that’s especially certain to be appreciated come midterms and finals.

Instead of one serving line with limited options, remote cooking stations are spread throughout the sprawling ACDC, enabling extensive varieties—vegan, kosher and halal among them—as well as opportunities for personal interaction between diners and the dining staff. 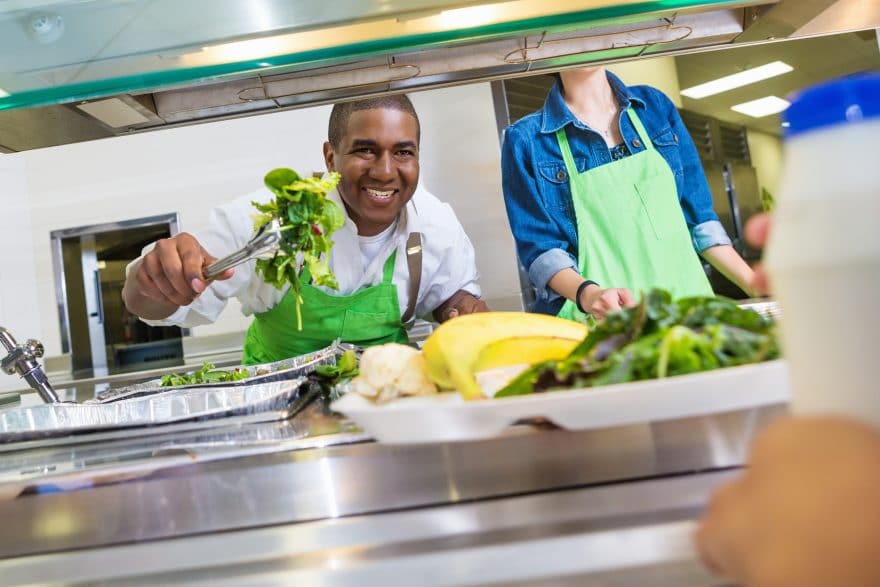 No longer segregated behind counters and walls, the kitchen staff can be seen for the skilled laborers they’ve always been, and can get their deserved thanks when called upon to customize meals, as they are glad to do.

Coffee and dessert stations are also strategically positioned, and should the need arise for more formal dining, the ACDC lends itself to that purpose, as well. Wood-block tables add to the ambience, as does the entire interior decor.

“Literally there’s something for everyone in this space,” Quinn assures via Bluetooth during an early September interview with Blueprint. “We found that today’s students aren’t interested in mass production. They have new expectations when it comes to dining. They’re into flexibility and customization. And sustainability.”

Yes, stick a fork in it!

That sustainability is served in multiple ways. There’s the energy-efficient LED lighting, HVAC efficiency and emphasis on recycling at ACDC, as well as an expanded Farm to Fork program that brings in fresh produce, hormone-free milk, cage-free eggs, and meat from humanely-raised animals in the region.

Long active in Farm to Fork, Bon Appetit supports more than 1,400 small owner-operated farms and ranches within 150 miles of its kitchens across the country, and the Hudson Valley has long been noted for such operations. At least 20 percent of Vassar College’s servings are expected to come from farms within a few hours’ drive of the scenic Poughkeepsie campus.

Closer to home, there’s the Poughkeepsie Farm Project that began in 1999 as a high-minded community farm with 15 shareholders on 3 acres of reawakened agricultural land leased from Vassar College. It’s since expanded to 12 acres and over 500 participants. Hoop houses enable produce to be grown year-round, another asset that Bon Appetit expects to put to good use on campus and elsewhere.

For Quinn, it’s a goal met, and one she’s proud to tout with Vassar’s new president, Elizabeth Bradley, who, appropriately enough, is a global health expert who had long taught that subject at Yale University. 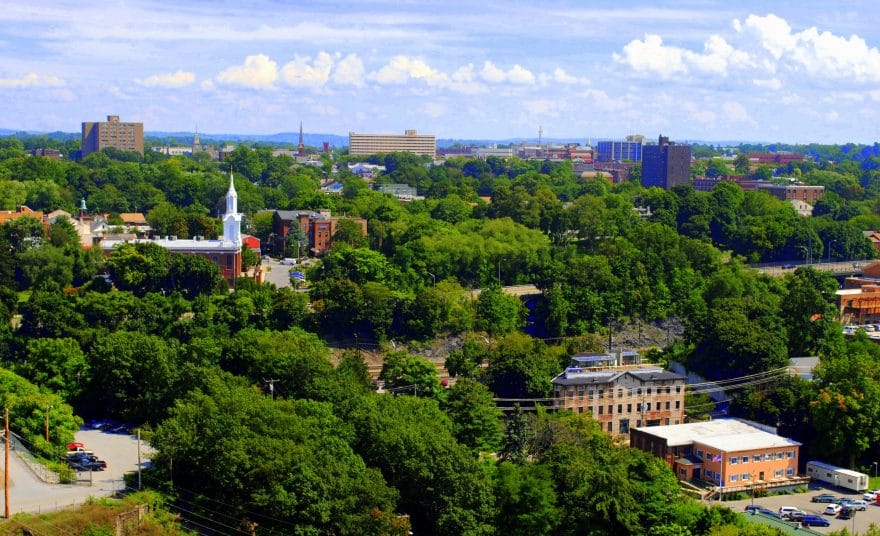 Bradley is also an advocate of all kinds of inclusionary practices. Upon being named president of Vassar, she was interviewed by The New York Times and stated the importance of being able to manage a diverse population in a non-divisive manner, and doing so in a way that builds community.

That’s a challenge that confronts most every campus. Each being unique, there’s no one-size-fits-all answer.

But maybe an upgraded dining area that literally and figuratively breaks down barriers and offers a wide variety of foods to all constituencies seems like a good place to start.

Quinn sure thinks so.

“This had been a long time in the planning, and we welcomed the input of the students,” she says. “We looked at what other colleges were doing, borrowed some of their ideas and added our own. We had a vision, one that compelled us to be nimble and flexible. We think we found the answer.”