Masters of the (upscale) house

Adam Hergenrother respects the privacy of his clients and doesn’t boast about the prominent people who have bought some of the high-end houses that BlackRock Construction, the company he and his brother Tom co-founded in 2012, has built in beautiful, bucolic Vermont and upstate New York.

Nevertheless, word gets around, and a couple of years ago the buyers included a well-known actor who appreciates downtime with his family at their sprawling getaway on the shore of Lake Champlain just south of Burlington, Vermont. 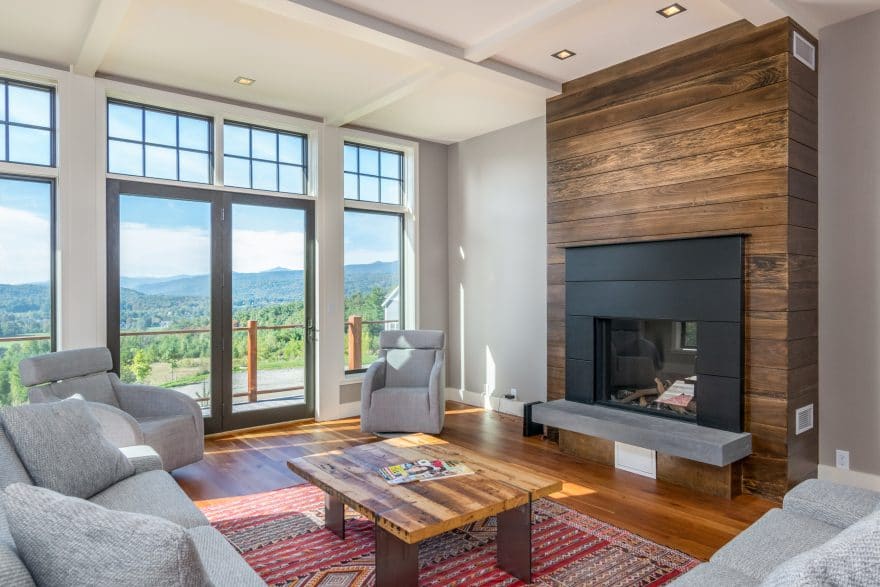 “I built that one on spec,” Hergenrother says. “I like building luxury houses; each one is a piece of art.”

That celeb’s house can be described as contemporary Vermont vernacular on a rocky cliff, modern with a red barn that’s very compatible. The house has been customized with landscaping, a pool and security, and is an ideal retreat when the family isn’t in New York City or Los Angeles.

“Everyone would recognize his name, but I don’t want to use him as a sales pitch,” Hergenrother says.

Hergenrother really doesn’t have to drop any names about BlackRock Construction customers; the company’s reputation seems to speak quite well on its own. Most any Thursday or Friday at Burlington International Airport, you just might run across a few or more well-heeled New Yorkers taking advantage of the three daily JetBlue flights from the Big Apple, to enjoy the weekend at their BlackRock Construction-built second homes by the big lake or in ski country.

“Twenty-eight minutes, that’s how long it takes JetBlue to arrive from New York City,” Hergenrother says. “Less time than it takes to get to Long Island or even Westchester County.”

Nothing like the Green Mountain state to provide a much-needed respite to big city hustle and bustle. That too is an easy selling point for BlackRock Construction.

As for the 36-year-old Hergenrother, he feels extra blessed since he can live, work and play in his native state. And BlackRock Construction has become quite the success story, far outpacing other Vermont homebuilders, posting annual revenue of $20 million, collecting a slew of industry awards and, this past summer, even reaching No. 42 on Inc. Magazine’s national list of the 5,000 fastest-growing companies, its three-year sales growth surpassing a mind-boggling 6,600 percent.

While BlackRock Construction is best known for upscale manses amidst Vermont’s geographical splendor, the company also builds more modest, mid-market houses and condos. The mid-market homes generally fall in the $350,000 range, while the upper-end starts around $600,000. Customized houses start at $750,000 and run into the seven figures. Most clients want some kind of traditional design, but whatever the exterior, energy efficiency and smart construction will be utilized to the max, the boss assures. 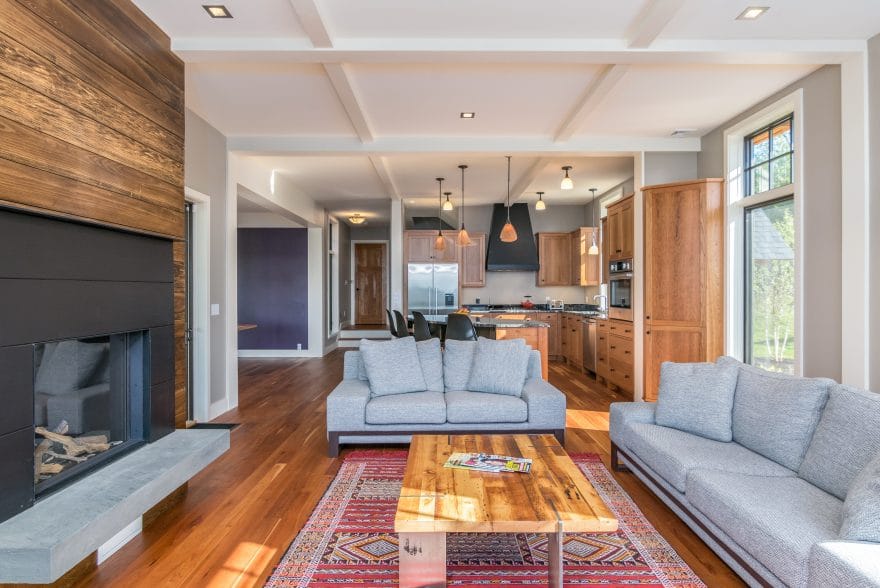 “Being vertically integrated, we can take things to market faster than anyone else,” Hergenrother says.

But even the most capable company can over-extend itself, so Adam and Tom partner with other companies on the commercial side of the business. Projects of note include Adam Hergenrother Companies’ own state-of-the-art headquarters in South Burlington, the memory care community Spring Village at Freeman Woods in Essex, an airport maintenance building in Colchester, Bessery’s Quality Market in Burlington and a health-care campus in Albany, New York.

Under the aforementioned umbrella are four other companies:

“I was 15, failing classes, overweight, drinking and doing drugs,” he candidly admits. “One day I came home and realized how I was backing myself into a wall. I realized my life didn’t need to be that way, and committed myself to change.” 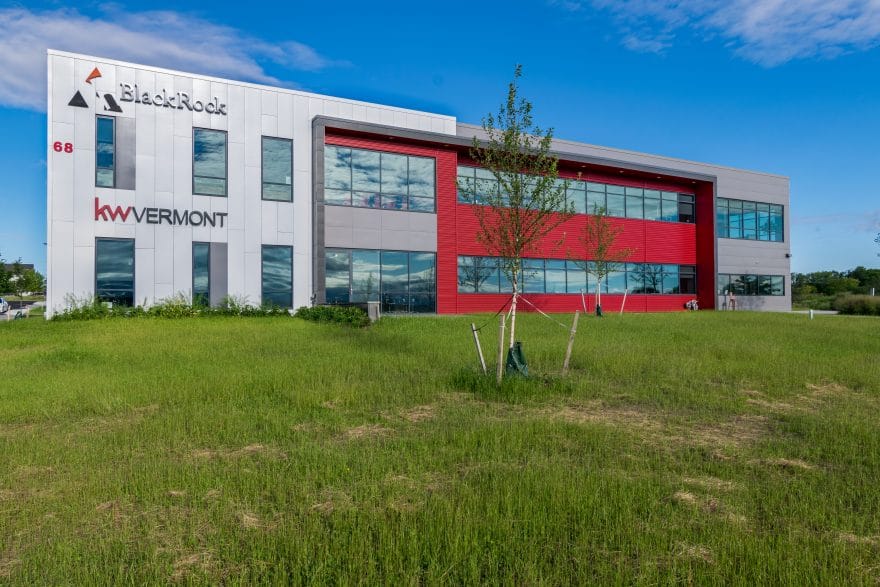 Within the next year he lost 100 pounds and became a pretty good football player, eventually rising to team captain and then attending and graduating from the University of Vermont at the top of his class in finance. Even before he got that diploma, he was dabbling in real estate, buying a preconstruction condo in 2003, and selling it at a $65,000 gain after his 2005 graduation.

The next few years found him buying and selling rather haphazardly, and in 2008, building his first home, a 2,200-square-foot colonial that sold within a month. Hergenrother says even the Great Recession didn’t faze him.

“I never went backward financially,” he says. “In tough times you literally just put your head down and do what it takes. There’s always a way to make something happen. There’s always value to be added. I’ll always find an avenue to make some kind of a deal.”

With his brother well-versed in construction at a young age, the pair founded BlackRock Construction. Tom is president of the construction division while Adam serves as CEO, largely stepping away from day-to-day operations to focus on what he sees as the bigger picture.

“My job is to set vision and hire operators to not just do the job but to add value to their lives,” he says. “We want to transform lives—the lives of our clients, the lives of our employees. Our office culture is all-important.”

Vermont Business Magazine, which conducts confidential surveys in such areas, lists Adam Hergenrother Companies, along with BlackRock Construction, as among the best places to work. It’s an office of high-achievers who are driven to make a difference in the lives of their clients, their co-workers and their families. It doesn’t hurt that it’s also a dog-friendly office with no set hours.

“We get more done because morale is good and people are so focused,” Hergenrother says.

Hergenrother is nothing if not focused. His days begin with a 4 a.m. meditation, and by the time he’s in the office at 8:30 a.m., he’s already journaled for his wife and children, exercised and reviewed finances. Every Friday, his 3-year-old son Asher accompanies him to job sites, with dad trying to instill the work ethic that’s carried him so far beyond his own youthful indiscretions.

“I wake up every day to grow spiritually,” he says. “Part of my life experience was the pain and insecurity I had to overcome to be who I am today. I want to spread that growth: personally, professionally and spiritually.” 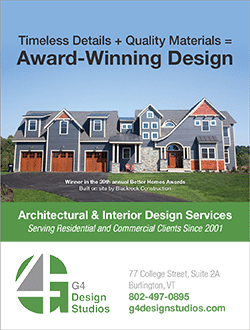 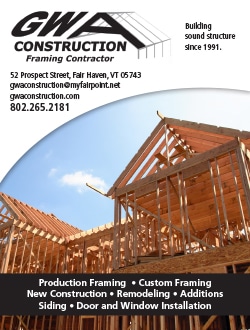 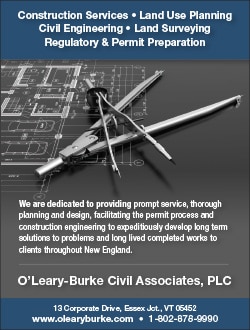 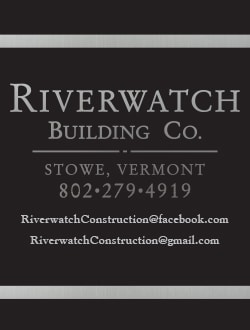