You know those beautiful old Mustangs burbling down the road in the summer? They look the same as they did decades ago, sometimes even better, but if you were to open the hoods, you’d find modern parts and other changes that make them more reliable.

Founded in 2003, the company combines sustainable building practices with historic preservation while renovating and remodeling old houses. The result is historic homes that perform like new ones but haven’t lost their character. 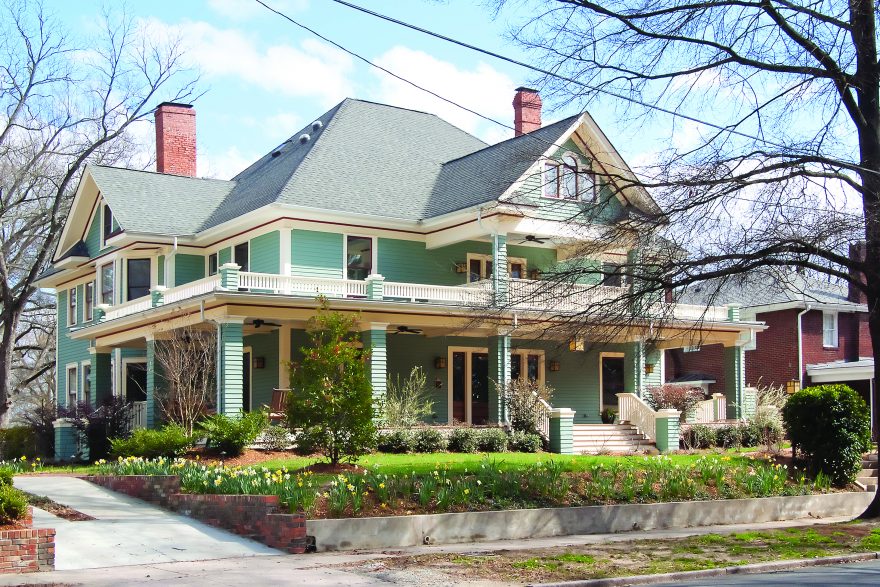 “Our goal is to make sure these houses continue to be a viable place for someone to live for another 100 years, and that means bringing certain elements up to a higher standard,” says Spruyt, the company’s president.

Based in Durham, North Carolina, the company works in what’s called The Triangle, an area that includes the cities of Raleigh and Chapel Hill. Spruyt says the area is perfect for green restoration and remodeling because it’s filled with houses that are from 50 to over 100 years. Typically 15 of these houses are in the TDB design or construction phase at a time.

TDB has worked on houses that were built as early as the 1700s. It also did extensive restoration and remodeling to a historic building which is now the company’s office, in downtown Durham. Originally built in 1927, it was the first historic LEED Platinum certified building in North Carolina.

LEED is the common certification program from buildings that are environmentally sustainable, and platinum is the highest level.

In doing so, Spruyt says his company tries to maintain the “soul” of an old house by keeping elements and materials like doors, windows, heart pine floors and ceramic tile, as well as features like high ceilings, ornate trim, antique fireplace mantels and more.

On a larger scale, TDB also designs and builds new energy efficient houses in empty lots in historic neighborhoods, which Spruyt says contribute to the long-term viability of these communities, and is environmentally friendly given they  use existing infrastructure and are within walking distance of public transportation, schools, offices, stores, theaters, etc.

The value of age

Spruyt says he and his team enjoy working in older houses because they often have more “character” than newer homes. “They’re really works of art,” he says.

In addition, Spruyt appreciates the high-quality materials used in these older homes, which sometimes are no longer available, like floor joists made of heart pine wood so hard his carpenters pre-drill holes just to hammer in nails.

For him, these houses represent the history of The Triangle area in North Carolina. “The residents of these homes played an important role in the development of these cities,” says Spruyt. 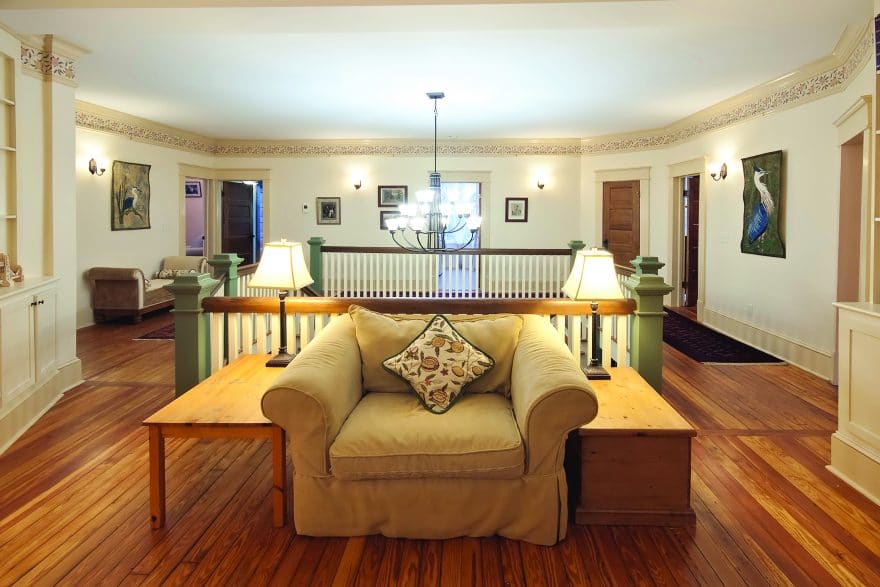 When TDB is remodeling an old house, he says the goal is always to blend elements from the original structure into the new design. This is why the company encourages clients to use materials already in the house.

For instance, customers often ask TDB about replacing 100-year old windows because they rattle or are difficult to open and close.

“But many times people don’t realize that there is a reason that their windows have been around for 100 years,” he says. Instead of replacing them, TBD repairs them and also installs low profile storm windows, which keeps the character of the old window but also gives better insulation.

Using similar logic, TBD once installed geothermal heating and cooling in a home that was built in the ‘50s. It kept some of the existing ductwork to use with the new system instead of tearing out because it was in good condition and better quality than the average ductwork installed today, Spruyt says.

When parts of the original house have been stripped away through previous construction projects, TDB sources old components from businesses like ReUse Warehouse, an organization in Durham that salvages antique housing materials.

These practices are inherently “green” because, in addition to making the house more efficient, they preserve what Spruyt calls “embodied energy,” or the resources used to fabricate, transport and install the original materials, further reducing the carbon footprint of the project.

The old features and building materials, while unique, present challenges. “But that’s what makes these projects so interesting,” says Spruyt.

Spruyt is proud of the diverse team at TDB and that so many of his employees are involved in community service initiatives that not only impact the environment, but the well-being of people.

In order to install new, better insulation without tearing out valuable, character-giving features like plaster walls, Spruyt says his team blows insulation through holes it bores at the top of the walls.

“You could have a house that has insulation in the wall system, but it has so many little air gaps that it’s the equivalent of having a 3 foot-by-3 foot hole in one wall that is just open to the outside,” Spruyt says.

To find the air leaks, TDB uses what known as “the blower door test,” which uses a huge fan to pressurize the entire house. Then, with the help of a smoke pencil and thermal infrared camera, leaks are found and sealed. 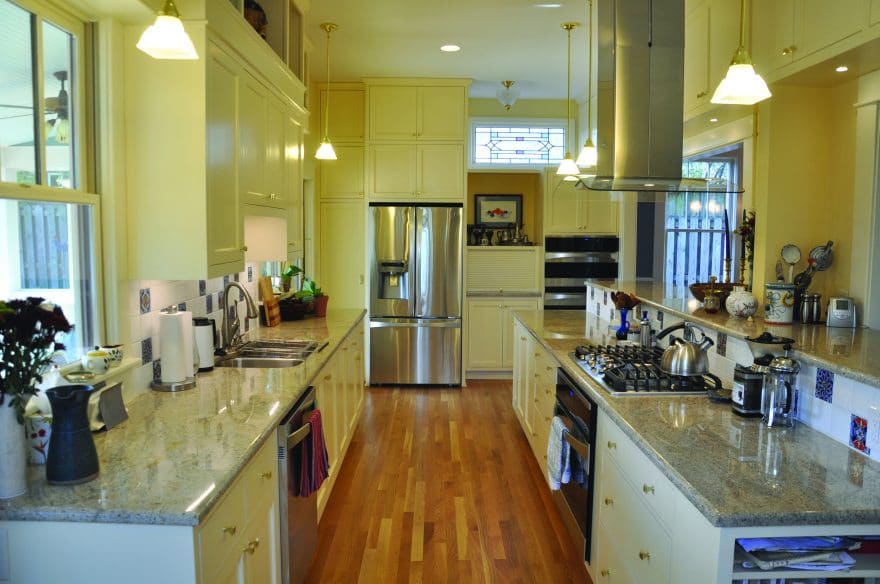 Through approaches like these, TDB has turned century-old houses into efficient, energy-saving buildings. One of its projects, called the Cranford House, became one of few historic homes to be awarded an Energy Star certification, which is presented by the Environmental Protection Agency (EPA) to houses that pass the agency’s requirements for energy efficiency.

In recognition of its efforts over several years, TDB received the L. Vincent Lowe, Jr. Award from Preservation North Carolina in 2016, which is the highest honor presented to a business that assists or promotes historic preservation in North Carolina.

Spruyt says the award was made possible by everyone at TDB, not just him. “We’ve been able to succeed in what we do because of the great group of people who are a part of this company,” he says.

Spruyt is proud of the diverse team at TDB and that so many of his employees are involved in community service initiatives that not only impact the environment, but the well-being of people.

For instance, one of his project managers started a non-profit, called United Solar Initiative Inc., which installs solar panels on schools and community centers in countries that include Nicaragua and Ghana. Several team members have years of experience with Habitat for Humanity, which builds homes in various low-income parts of the country as charity.

According to Spruyt, “this all contributes to what we do because it strengthens us and gives our company depth.”