Home building as a team sport

Eli Porter, owner of the Florida-based company Porter Contracting, has decades of experience to draw from to help him hold tight to his standards in the booming Florida real estate market.

Still, his youth spent playing sports sticks with him. The importance of being a team player, for instance, has left a lasting impression and informs many of the decisions he makes every day. “Everyone needs to pull in the right direction. This helps make it a little easier on everybody involved,” he says. 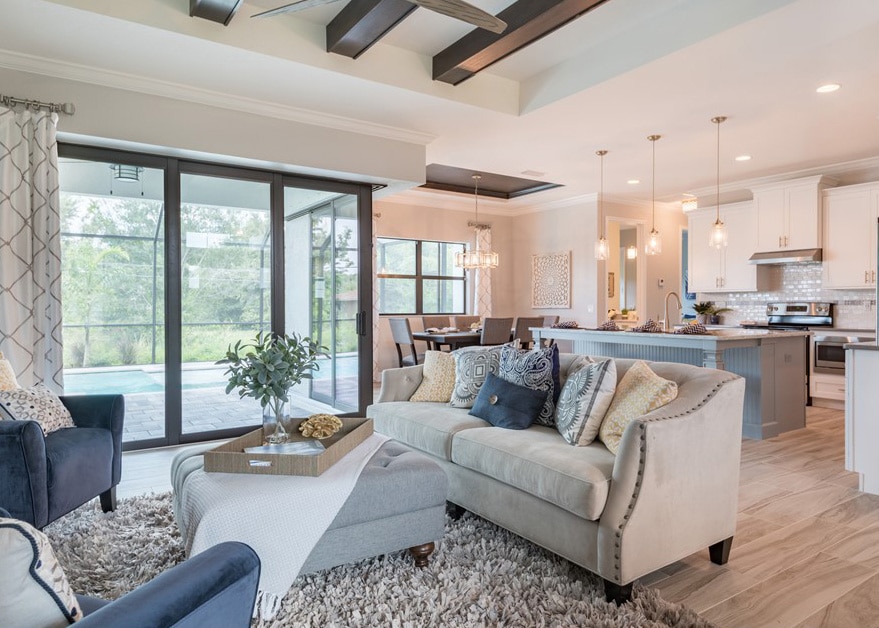 Porter launched Porter Contracting 10 years ago as a builder of fine homes featuring high quality craftsmanship. Prior to starting his own business, he had worked for his father’s company, Newport Homes, since 2001.

In 2007, when the recession hit, Porter and others working for Newport Homes had 100 houses on the board left to build. When construction was underway on all houses under contract, Porter said, “So what are we going to do now?”

Part of the appeal of homes built by Porter Contracting, Porter says, is their strict adherence to Florida’s ever-changing building codes. Since 2012 especially, he says, regulations related to building codes and energy efficiency have become more rigorous, making it preferable for a lot of buyers to choose new construction over existing housing. 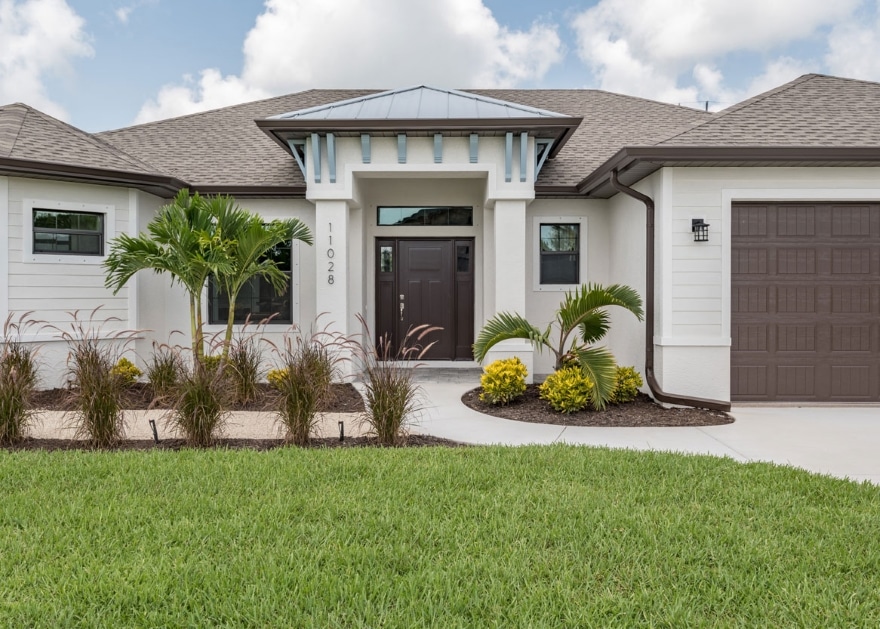 “Usually when prospective homebuyers are looking at re-sales of existing homes, they’re not going to find anything newer than 2007 or 2008,” Porter says. “Ten years ago was a lot different as far as energy efficiency goes.”

Prospective homebuyers can browse through multiple model home plans on the Porter Contracting website. There, they can also view floor plans, the square footage of each major feature in the home, luxury specifications and virtual videos.

No detail too small

Giving home buyers a choice in what they are purchasing, Porter said, is an important part of his business, but it is also a process he and his staff use to make it “easy on everybody” involved. Producing homes that satisfy the expectations of his customers is a priority for Porter.

“It’s a long process and we try to help them at each step and along the way,” he said.

Porter said the needs of homebuyers across the communities he serves do not differ greatly, though almost universally buyers want attention to detail through every step of the process, from lot clearing to the finishing touches.

“We go the extra mile and do not cut any corners, starting with the foundation of the home,” he says.

Porter Contracting’s reputation for excellence is part of what Porter thinks sets his company apart.

Having a good relationship and communication with customers is extremely important, he says, because it is an area where homebuilding competition has become “intense,” especially in the last three or four years. 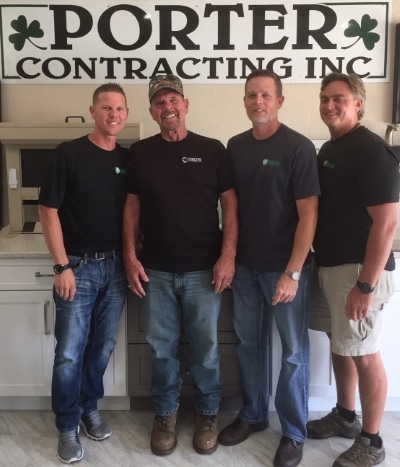 “There’s new companies popping up, it seems, daily, just trying to come in and take advantage of the current boom,” he says.

Maintaining strong relationships with his sub-contractors, all of which are local and some that have been working for Porter’s father since Porter was an infant, is also essential, he says.

For instance, the man responsible for completing Porter Contracting’s concrete work, was the first person Porter went to work for when he graduated from high school in the late ‘90s.

“Subcontractors don’t stick around that long without a good relationship,” he said. “We pay our subcontractors and we pay them when they’re supposed to be paid and they know what we want.” In addition to his workers, Bill Porter’s values are the foundation on which his son built Porter Contracting, even when it meant owning up to mistakes.

It also helps to be working with the man who first taught him, at a young age, how to succeed at a job. “It started back with a chore list a long, long time ago,” Porter says.

At the end of the day, however, he also knows it isn’t just him and his father giving their all to every home Porter Contracting builds. It’s a joint effort.

“Our success is built with a team that has extensive knowledge and experience. They know what floor plans, products and options are available and, throughout the building processes, from the foundation to the finishing touches, they provide the highest quality and support.” 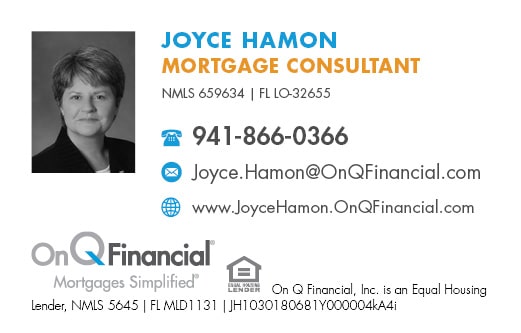