Man of the high-end vacation house

He won’t reveal the client, other than it’s a very well-to-do man—obviously—from Burlington, Vermont, who now calls Greenwich, Connecticut, his legal residence, but returns to the Green Mountain State as often as circumstances allow.

By midsummer, that gentleman and his extended family should be enjoying their Vermont downtime in the picture-postcard town of Shelburne where his three-story 24,000-square-foot manse is nearing completion on a peninsula jutting into Lake Champlain. Should those folks want to whoop it up some evening, they’ll have a 3,000-square-foot “party barn” on premises. 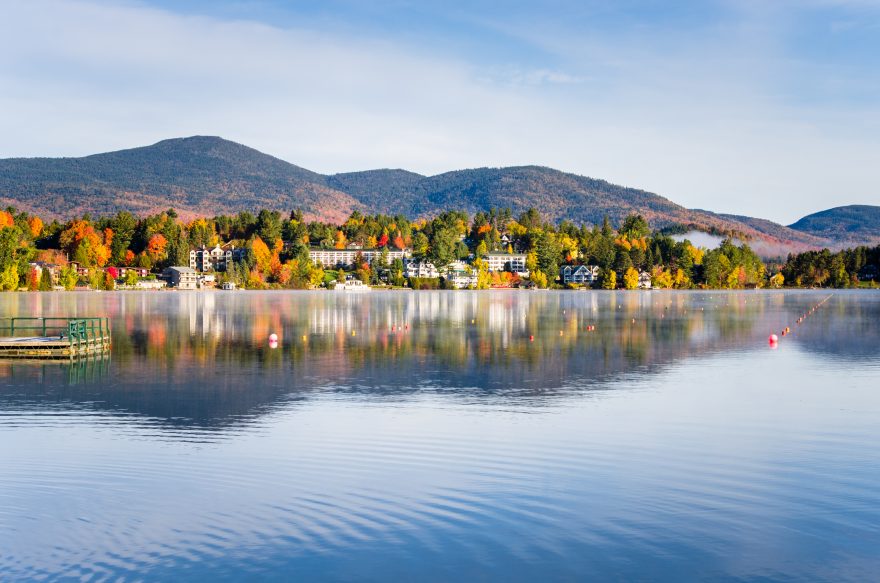 It’s been a work in progress for three years, overseen by Cascade Builders, based a twisting 60 or so miles to the northwest in Saranac Lake, New York. As owner and boss Reed Abbott explains, not only is the Shelburne house the company’s first outside of upstate New York, it’s also easily the biggest that he, his crew and trusted subcontractors have ever tackled.

“This is the kind of project you simply can’t rush,” the affable and detail-intense Abbott tells US Builders Review via cellphone as he tours the site in late May. “But you have to be respectful of the customer’s time and money.”

Cascade got the construction contract from an architect whom Abbott had worked with on a Lake Placid vacation home that was plenty impressive in its own right. What’s taking shape in Shelburne, however, just might set a much higher bar for how luxury vacation homes are judged in this part of the Northeast.

For this one to be built, a house that stood just 50 feet from the lake had to be demolished. Though the updated building code calls for a 100-foot setback, Cascade was able to get the previous foundation grandfathered, and thus construct a supersized house with lake views front, left and right.

Other amenities include a four-vehicle garage with a drive-thru, an octagonal porch, a bunk wing with beds for as many as 15 children—the owner is said to have many nieces and nephews—multiple sitting rooms from which to admire the sun setting over the lake, an elevator serving every floor and what seems to be at least one fireplace for anybody likely to be afforded an invite.

He won’t take all the credit; Cascade only builds what an architect puts on blueprint, and the company’s clients are well-heeled enough to hire the choicest design experts. He also credits his subs, among them Cardinal Masonry of Cambridge, Vermont; Landshapes landscaping of Richmond, Vermont; Lakefront Painting of Shelburne, Vermont; and Benoure Plumbing, Heating and Air Conditioning of South Burlington, Vermont.

“We’ve never just built a simple log cabin,” Abbott goes on to say. “Though we will add the log façade that so many customers want. And not everything has to be rustic, although the Adirondack style is very popular up here.”

As is the latest in smart technology, as more clients—including the Greenwich gent—are wanting very remote control over lighting and energy usage.

While there’s no typical Cascade house, the size tends to be between 10,000- and 12,000-square-feet—or roughly half the Shelburne estate—with the dwellers drawn to the recreational opportunities that so abound in the mountains and lakes of upstate New York and now Vermont. The lakeside homes often include a boathouse that would be big enough for a family to comfortably reside in.

“Boathouse work is so special,” he says. “They’re always different. Sometimes you’re renovating a 70-year-old facility, other times you’re building something new. It just has to complement the primary house.”

For it’s a demanding clientele that Cascade services, a customer base well represented by the so-called 1 percenters, some of whom have entrusted the company to build three or four houses. It’s an honor to work with such folks, Abbott says. They respect top-notch craftsmanship, are willing to pay for it, and have the patience to let Cascade do the job.

Which, of course, can be a challenge, given what winter’s like in these parts. Not that it’ll faze Cascade.

“We’ve got ground heaters that allow us to pour concrete even in subzero weather,” Abbott says, noting that just a couple weeks before his chat with USBR in May, it snowed at the Shelburne site. “We’re well accustomed to working in any kind of weather. You can’t wait for it to warm up; a two- or three-year job would then drag out for seven years.”

And that’s never been the way Abbott has operated. Now 60, the married father of four attributes much of his aptitude to his father-in-law, an old school New Jersey carpenter adept at building houses from the ground up. Abbott joined him in putting up a fair number of such houses and even had his own excavation business at the age of 19, but his desire for a more bucolic lifestyle had him and his family settling in the Saranac Lake region.

He joined the Cascade crew in 1998, bought the business in 2010 and has seen it thrive with a workforce of about 35 and some very capable subs. Word of mouth seems to bring in business. All the better that it comes from folks whom, in Abbott’s colorful way of speaking, don’t have to monitor the stock market daily.

Asked to see photos of the Shelburne house, he declines, saying he has to honor the man’s request for privacy.

“But believe me, you’d be impressed,” he says. 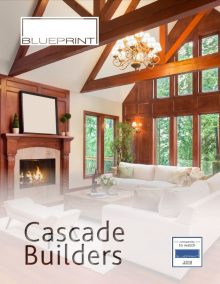 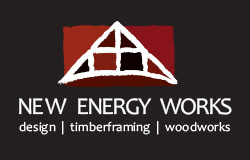