Home is where the connection is

For CEO Paolo Abate, making a better development means transforming apartment buildings from walled-off castles for escaping the city into social havens that connect residents with their neighborhoods. The company he founded with three others—aptly named HAVEN Developments—does this not only by building near public transit and amenities, but also by collaborating with Toronto’s city departments to revitalize and maintain emerging neighborhoods.

Abate and his brother, Anthony, launched the company with two friends: Jordan Teperman, who is executive vice president and general counsel and Nick Tsimidis, who is partner and chief financial officer. The four men bring a combined 60 years of experience to their firm. Abate and his brother came from the finance and development world, while the legal-minded Teperman grew up around his family’s 100 year-old demolition company, Teperman Wrecking Inc. 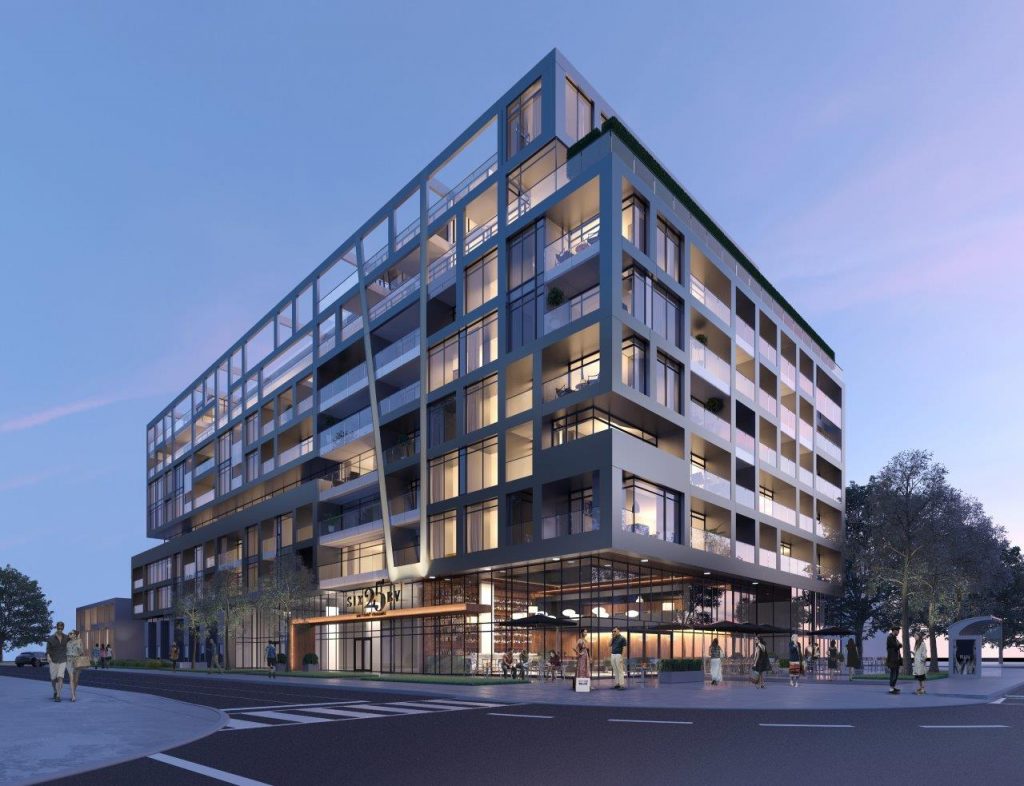 The company’s flagship property, SIX25BV, stands for its address at 625 Sheppard Avenue East in the Bayview Village neighborhood, known for its luxury shopping as well as its greenery and public parks. Not only are residents and purchasers connected to the stores and restaurants surrounding them, but Abate says Haven has built relationships with local professionals to provide house call services like dog walking, dry cleaning and food preparation without adding to the property’s maintenance fees.

“It’s all centered on convenience. We want someone to never have to get in the car to enjoy the city,” he says, instead preferring that the city come to residents.

Beyond its proximity to good eats and amenities, SIX25BV is designed to promote community through features including oversized balconies, which are part of every unit, and floorplans that maximize natural sunlight. He says the building’s architecture is inspired by the style of New York’s progressive Highline area running along the West Side of Manhattan.

Inside of the property are features like a gym, yoga room, dining lounge, rooftop sun deck and barbeque area. Abate points out that one long-lasting benefit of these amenities and features is that they require very little maintenance, saving tenants money in management fees.

One of Haven’s most advertised features is its insistence on building near public transit tie-ins like subways, GO Stations and emerging Light Rail Transit stops.

“I don’t think it’s rocket science,” Abate says. “You won’t find a developer who says transit isn’t important, but you won’t find one who insists on doing it every time.” 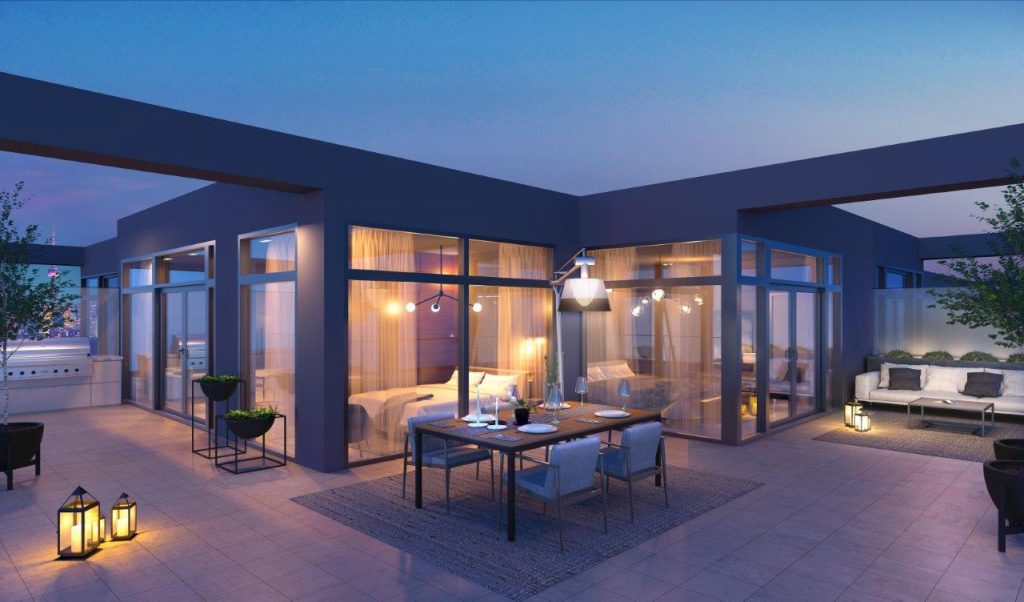 Where other developers may adopt a take it or leave it approach to public transit, Abate says transit’s importance can’t be overlooked, especially now, as new subway and Light Rail Transit stops are making more parts of Toronto more accessible and ripe for revitalization.

“We’re trying to re-pioneer these areas. There’s a lot of risk in doing that, but it has totally proved to be the right choice,” Abate says.

And Abate’s company doesn’t just capitalize on those areas, but rolls up its sleeves and contributes to them by collaborating with the city-sponsored Business Improvement Associations to promote local businesses, enhance trade and foster employment growth. To maintain its focus on accessibility and transit, it meets with government transit agencies, Metrolinx and the Toronto Transit Commission.

Haven’s efforts to spearhead revitalization in newly developing neighborhoods come at an interesting time in Canadian real estate. In late 2016, Vancouver placed a 15 percent tax on homeowners from outside of the province as a way to check what the government saw as an overheated real estate market.

Ontario, where Toronto is located, implemented a similar tax in the spring of 2017. The tax continues to spark debates about the cause of the hot market. Some argue a general lack of housing supply is the issue, not foreign buyers. 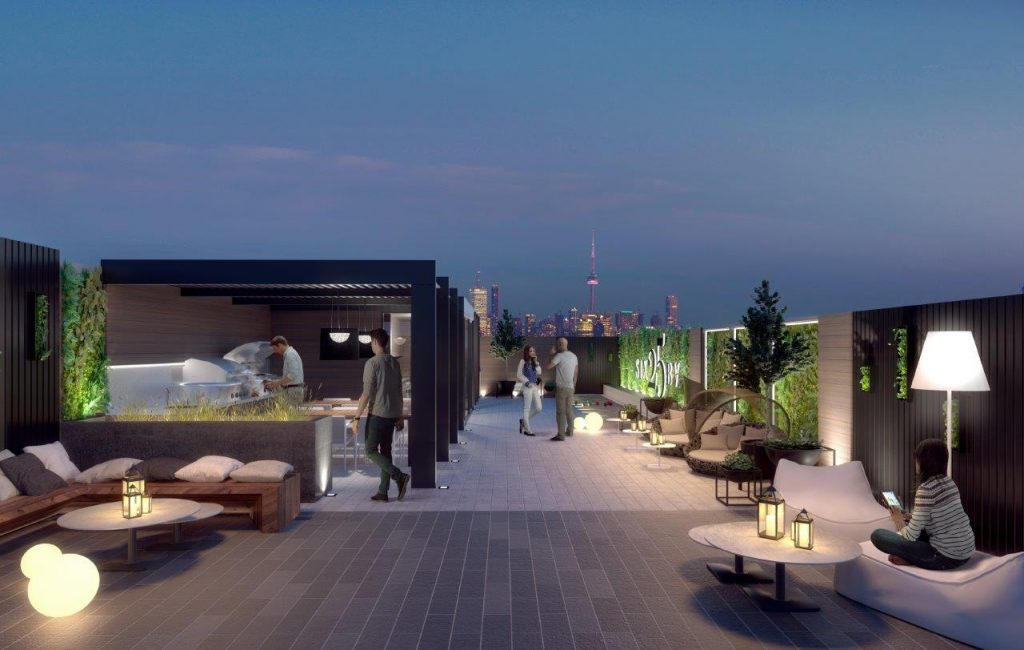 For Abate, the tax hits home as some buyers at SIX25BV are from outside of Ontario. Also, the tax stands against his company’s mission, which is to increase the housing supply and open the market, rather than to close it off to buyers.

“I’m confident in the market and the appeal of Canada as a safe place,” he says. “The kind of immigration we have is very productive. People are coming here to work hard, invest in Canada and start businesses.”

Taken in this light, building homes for these incoming best and brightest doesn’t seem like a bad idea. Business news outlets have reported that the tax caused real estate sales to plummet in Vancouver, but the effects of that shift in Ontario remain to be seen. Whatever the case, Abate says his partners are uniquely qualified to handle it.

“We have a really strong bench of finance and development professionals that work extremely hard and well together.”