Showcasing the future of technology in the multifamily residential market

Located in Bakersfield, California, Park Square at Seven Oaks is one of the newest luxury multifamily residential developments from Fuller Apartment Homes. Built by Bakersfield-based Wallace and Smith General Contractors, the development’s 224 units are spread out across 16 individual, two-story buildings, giving each resident a sense of privacy while providing a full slate of communal amenities.

While Park Square at Seven Oaks boasts a green belt with walking and bike paths, a clubhouse, outdoor bar and a fire pit, it’s the development’s technological amenities that really set it apart. Built with a digitally literate client base in mind, Park Square at Seven Oaks features keyless entry, ultra-efficient European-style AC units and unrivaled internet speeds thanks to a super-broadband fiber optic connection. “The client is really big into technology and wanted to have the fastest internet speeds provided, so we ran fiber optic cables to each individual apartment,” says Lance Randolph, project manager at Wallace and Smith.

“It’s really different from any other projects here in the city because very few developments have those types of speeds to each unit. There’s obviously an additional cost, but it’s one of the big selling points for the tenants,” he says.

The development’s keyless entry system uses a key fob system that allows residents to use just one device to gain entry to their apartment or any community building. The system also allows management to limit access to certain areas after hours, such as the pool or fitness center.

A playground of innovation

In an effort to deliver energy-efficient homes that help reduce heating and cooling costs, Park Square at Seven Oaks has installed Fujitsu Multi-Zone Heating and Cooling units in every bedroom and common room throughout the development. The system is both quieter and more efficient than typical central air systems and is easier to install.

“It’s a European style that is becoming very popular in the U.S. right now and you don’t have to run any duct work; you can just turn on a portion of the system and instead of heating or cooling the entire apartment you can just do one area,” he says.

Park Square at Seven Oaks also features a fitness center and conference area, a pool with double gas grills, an outdoor bar area with lounge seating a hot tub, on-site maintenance staff and covered carport parking. The development is a short walk to a number of local bars, restaurants and cultural attractions and hosts weekly activities such as barbecue nights, game nights and happy hours.

Building beyond the residential market

Construction began on Park Square at Seven Oaks in late 2013 and was completed by the first quarter of 2015.

Founded in 1950, Wallace and Smith General Contractors has completed work throughout California and surrounding states with projects in the industrial, aerospace, medical and oil field sectors. The company has an expertise in various modes of construction including wood-framed, concrete tilt-up, masonry, steel framed and pre-engineered steel. 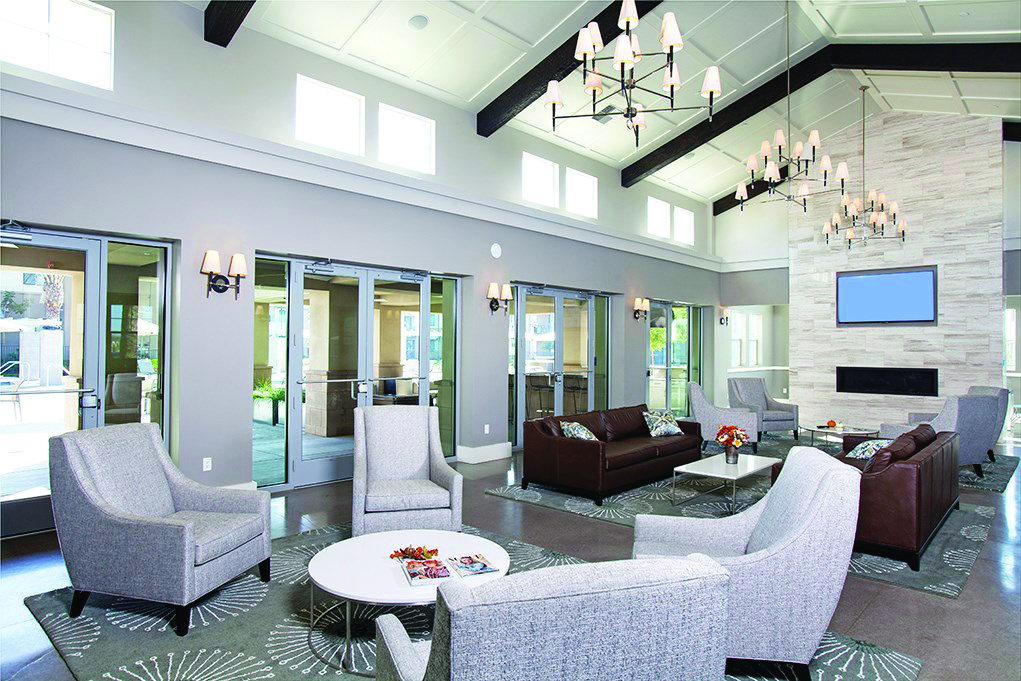 The company has recently completed a number of marquee projects and an affordable housing development for agricultural field workers in a rural farming community 45 minutes north of Bakersfield, California.

Wallace and Smith routinely bids out work to a network of trusted subcontractors, but the residential nature of the Park Square at Seven Oaks development required the general contractor to limits bids to those with familiarity in the market. “With the kind of money involved here you can’t afford to hire someone who doesn’t have experience on that type of project,” he says.

Given their impact on a project’s schedule, Randolph rates the pouring of concrete slabs as one of the most important scopes of work on the development. “The concrete contractor has 15 to 17 slabs to pour and if he doesn’t get on the right pace everyone else is behind, so I needed a concrete guy who consistently knocks it out of the park,” he says.

With a long list of leading amenities, including some of the fastest internet speeds available in any multifamily residential development, Park Square at Seven Oaks is setting itself apart from the competition and providing a luxurious, tech-friendly home of the future in Bakersfield, California. 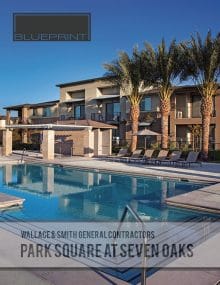