A visit to Toronto and its surrounding communities quickly shows how the real estate market is looking up. That’s not just in terms of prices—it’s also about the high-rise projects filling the skyline in Toronto, Mississauga, Oakville and Vaughan.

Anthony Fragale is making a career of building up. As the director of high-rise construction for the Greenpark Group, he’s been managing large scale projects for the company since 2018 and throughout the greater Toronto area for more than a decade. 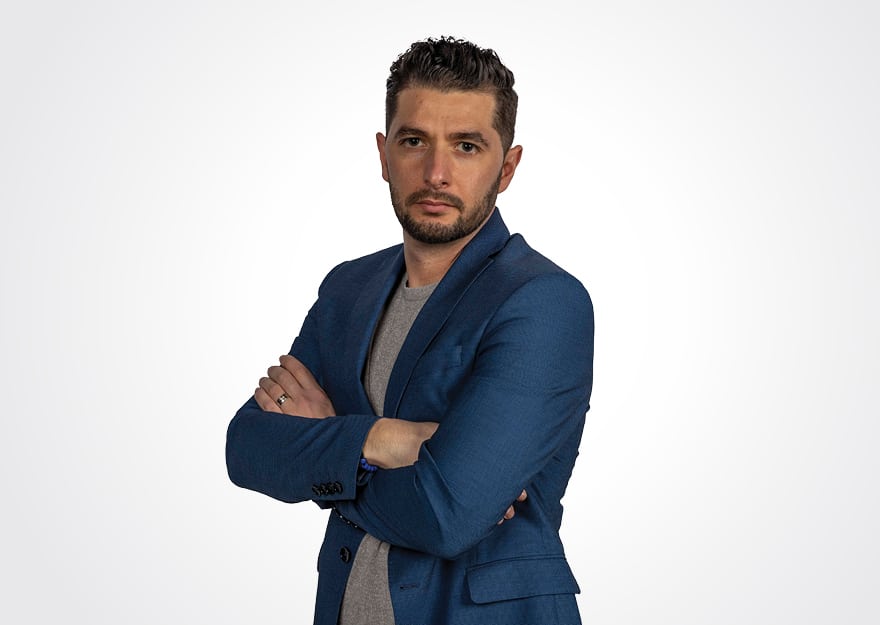 While piecing together the elements of construction in multi-phase projects, such as Charisma in Vaughan, Fragale says he’s also ensuring Greenpark Group is raising the standards of condominium living.

“It’s about being able to see things from a different perspective and ahead of others when putting buildings together,” Fragale says. “The reward is seeing the completion of these projects after the many years of work that goes into them.”

Founded in 1967 by Carlo Baldassarra, the Greenpark Group began by building single family homes in the Toronto area. As the company grew, it expanded into developing communities and high-rise condominiums. As the company celebrates its 55th anniversary, it has provided homes for more than 80,000 families.

Fragale joined the Greenpark Group in 2018 just as site work was beginning for its Charisma development of five high-rise condominiums adjacent to the Vaughan Mills mall, where four of the buildings are sold out. Sales are underway as construction continues on the Fifth at Charisma, the final building in the complex. Fragale says it’s scheduled to be occupied in 2024.

The Fifth at Charisma is a 30-story high-rise. It’s designed to evoke old New York City with art-deco flourishes in its exterior and interior and “with rich colors and finishes like navy, marble and brass,” according to the Greenpark Group website. 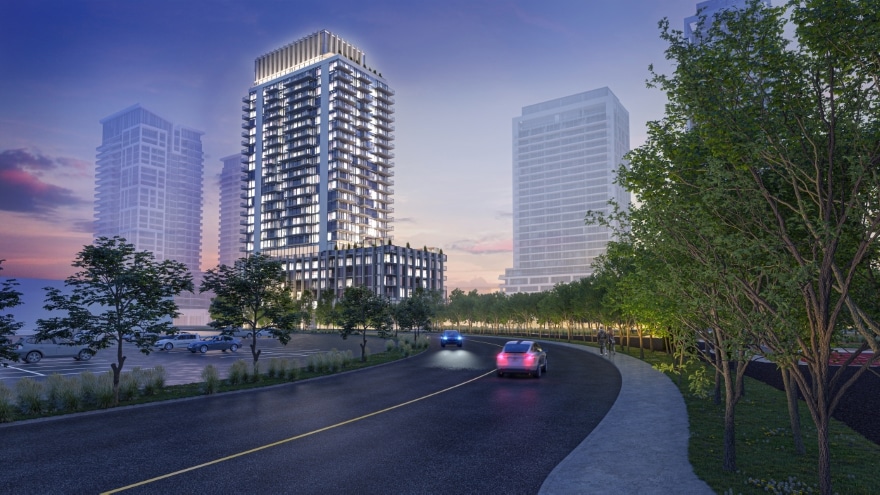 When completed, residents at the Fifth at Charisma will enjoy an indoor squash court, theater room, fitness studio and outdoor pool. They’ll also get views of the city skyline from its rooftop indoor-outdoor dining and lounge areas, Fragale adds.

The Charisma development will have 1,500 residential units in five towers, underground parking, ground level commercial and retail space  and an extensive master-planned urban park surrounding the community. It’s located in Vaughan, just north of Toronto, which is one of York Region’s fastest-growing areas, Fragale says.  Charisma is also close to the Vaughan Metropolitan Centre, which has a direct subway line to Toronto.

Greenpark Group’s projects are typically built close to shopping, services, entertainment and restaurants. The added convenience for homeowners is a benefit as the real estate market changes and more families look to live in condominiums, Fragale says.

Fragale and the Greenpark team are working on much more than completing the Fifth at Charisma, he says. In 2020, the Greenpark Group completed 330 Richmond, a 29-story downtown Toronto high-rise with 340 units. Amenities here include a fitness center, rooftop party room with outdoor terrace, an outdoor pool, games room, theater room and a private dining space.

Fragale and the Greenpark Group are also beginning site work for The Post, an eight-story condominium project in Oakville, a town southwest of Toronto .

Also in Oakville, Fragale is overseeing construction of the eight-story, 146-unit Dunwest Condo. Similar to Charisma, Dunwest Condos is being built within walking distance of a commercial plaza that features shopping, a supermarket, banks and restaurants. 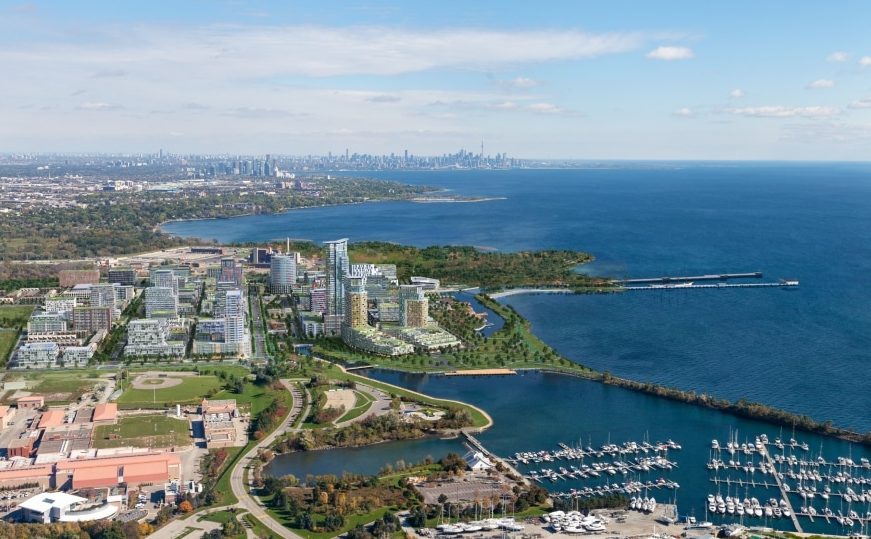 “The big thing is logistics when the projects start taking shape,” he says “You have to make sure construction can be carried out, especially in multi-phased developments. Ensuring the general concept, access and planning will work throughout the various stages is critical.”

The most significant upcoming project is Lakeview Village, to be built on 177 acres of lakefront in Mississauga. Initial plans call for multiple high-rises as many as 40 stories with more than 8,000 units. Along with its state-of-the-art amenities, Lakeview Village will have sustainable features including district energy, a feature that provides heating and cooling to the buildings from nearby Lake Ontario. Construction of the first high-rise, Aquanova Condos, is slated to start in 2023, Fragale says.

“It’s a whole new community that’s going to impact the city skyline along the waterfront. We expect it to be completed around 2035,” he says.

Working in his backyard

Born in Toronto, Fragale grew up in Vaughan. His father worked in construction, but says he was interested in design and studied architecture at George Brown College and building science at the University of Toronto. He joined local Toronto based firm, Kirkor Architects & Planners, where he worked on drawings for many high-rise buildings now seen across the greater Toronto area.

“Being in the realm of building sparked my interest to get back into construction,” Fragale says.

His desire to be more involved with building and developing projects led his career in construction management. 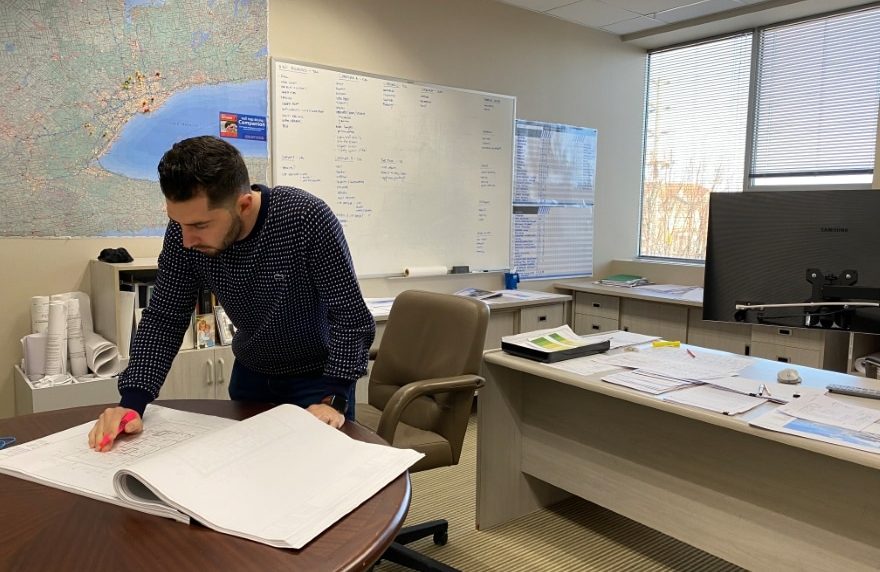 When not overseeing high-rise construction, Fragale says he stays grounded with family and friends. Activities with his son and daughter and playing sports keep him busy outside the office.

“I enjoy seeing these projects come to life from initial designs on paper to real life brick-and-mortar structures rising in the sky,” Fragale says “There are always moving parts and you have to foresee issues, especially when considering the scale and magnitude of the projects at hand. The challenges are what makes construction exciting and a great industry to build a career in.” 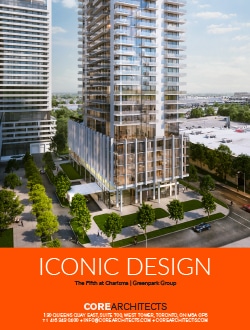 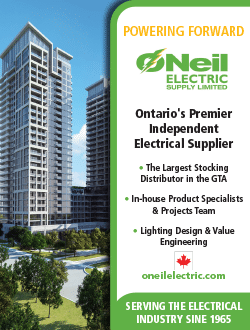 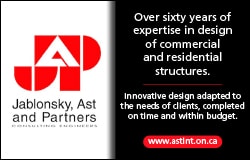