Based in Cheyenne, Edwards Development Company (EDC) is a leading subdivision developer and construction firm that has built communities all across the state of Wyoming.

Founded in 1976 by Bill Edwards, EDC takes a customer-first approach to every project. “That means envisioning the end user, which in our case is typically a young family unlocking the door of their new home for the first time,” says Edwards, president of EDC. 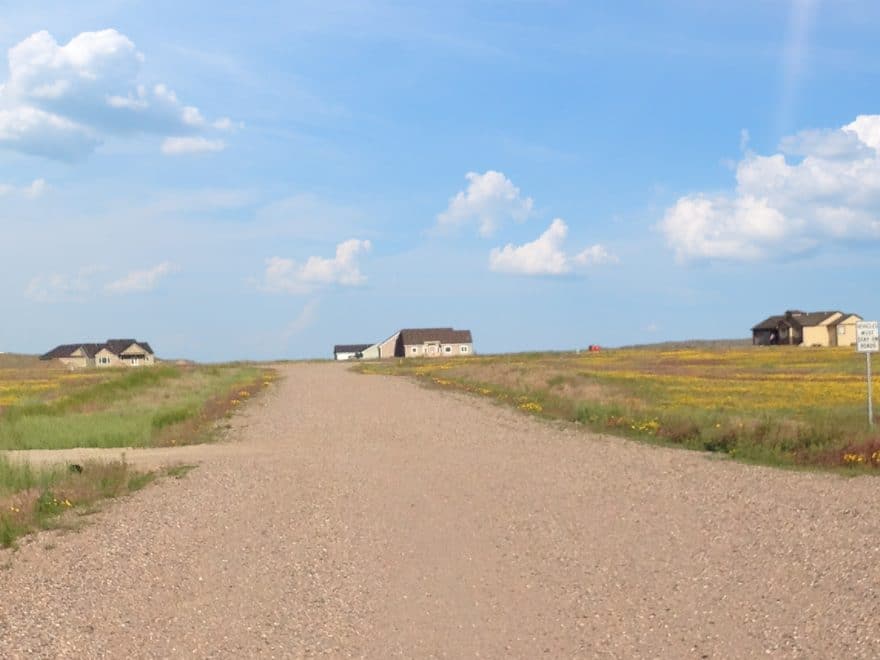 In recent years EDC has begun to focus exclusively on professional land development, specializing in improved, permit ready home sites within 200 miles of Cheyenne that are made available to local homebuilding companies. “We provide the land, utility and street improvements, and then builders will typically buy the land, build homes and offer them for sale to the public,” he says.

EDC might not build the homes in their developments, but the company is mindful of ensuring quality right up until the finished product as a means of protecting its own reputation and ensuring the best value for homeowners.

“We have a lot of say about how our builders work and the quality of homes they produce,” says Edwards. “Anything we can do to guarantee the investment of the family, we do it.”

Forging the land into new communities

EDC currently has new subdivisions in Casper, Laramie and Cheyenne and typically completes two projects each year, ranging in size from 30-home developments to tracts that can support up to 600 or more residences. In Cheyenne, EDC is currently three-quarters of the way through a new development that will eventually bring more than 1,000 new home sites to the area.

Called Saddle Ridge, the development is the largest in the city and is currently entering its second phase. It features its own elementary school, with another school slated for construction in the project’s second phase.

“From start to finish, the project build out will probably be 12 or 13 years,” says Edwards. “In a larger market it wouldn’t take that long, but we’re talking 1,000-plus homes with a mixture of 65-70 percent single-family homes and the rest in duplexes, in a community of 65,000 residents.” 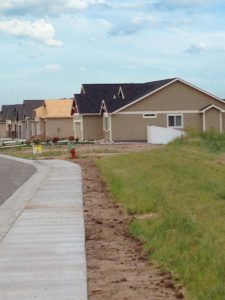 The project marks a number of firsts for EDC. The company was the first to develop housing in the eastern reaches of Cheyenne, as well as the first to install an extensive park and trail system.

“It’s been a challenge,” Edwards says of the Saddle Ridge development. “For starters, we’ve had to extend and/or upgrade most of the utilities to the development boundary. Most development projects are much more work than you think they’re going to be; that’s why few people do it, but I get a kick out of the challenges of creating a vision and making it real.”

As a builder of something as central to a person’s life as their home, Edwards does not take his responsibility lightly. He also recognizes that any land development is, to some degree, an affront to the natural world around it, and one that must take its surroundings into consideration.

“When we build a subdivision we have to put so much emphasis into anticipating problems that may arise because we’re creating something man made, and placing it in God’s designed environment,” says Edwards. “God created our environment to completely recycle on a continual basis. Everything must be rejuvenated, but this is different than what we do as builders. We must do our best to create long life cycles.”

Drainage is one such issue that can arise when developers make massive changes to a landscape and disrupt the natural flow of stormwater and runoff. “Drainage is a huge deal; not allowing water in people’s basements or living spaces is one example. Eliminating sand and sediment from runoff, and controlling water on hard surfaces that used to be native grass is another,” says Edwards.

When undertaking a development such as Saddle Ridge, EDC determines what factors will affect a community for years to come — a responsibility that Edwards takes very seriously. “There is a whole list of concerns including traffic, lot size, grade of lots, usable yards versus a non-usable yard area, as well as trail systems and how they tie into the idea of promoting genuine health care,” he says.

Another big challenge in land development is mitigating the hurdles of bureaucratic red tape. “Dealing with big government is one of our biggest challenges,” he says. “Every branch of government wants to get involved and each department tends to overlap with others. They sometimes don’t know how to play in their own yard.”  EDC is committed to establishing professional working relationships with government entities and staff in order to achieve a mutual goal; providing functional, reliable and safe housing without compromising the necessary desirability and affordability demanded by homebuyers.

Edwards gets the greatest sense of pride by taking a piece of land and improving it so that it becomes a more useful space. “I like taking something that God has provided and utilizing it in such a way that it will best serve people overall,” he says.

“We have a lot of say about how our builders work and the quality of homes they produce. Anything we can do to guarantee the investment of the family, we do it.”

While EDC generally self-performs many aspects of a development project, the company may subcontract mass excavation, sanitary sewer and water, concrete and asphalt.

While large-scale development projects can be a logistical nightmare, Edwards takes pride in the community-building aspect of the job. “People don’t understand grading, drainage, varying soils all the way to drafting covenants that go into creating good neighborhoods,” he says. “It’s a challenge to bring all those pieces together in a patchwork and make a beautiful quilt that everyone can enjoy and admire.”

While Edwards is eager to help grow his local community and create more homes, he is wary of being seen as contributing to real estate sprawl. “Sprawl is a term that carries negative associations and brings pictures to mind of things not done right, where the cheapest method and delivery wins,” he says. “Some developers subdivide the property, grab the money and run. But the country is growing and people should have a shot at owning a quality home, because home ownership is really the backbone of this country.”  EDC subdivisions are designed to accommodate growth while accentuating the positive “life, work, play,” attributes of the communities and towns they support.

As a family business, Edwards’ two sons are both involved in EDC. He hopes that upon his retirement, the next generation of Edwards will take the helm and help guide Edwards Development Company into the future as one of Wyoming’s premier land developers and general contractors.