Opened in February 2015, JW Marriott Austin is the largest JW Marriott hotel in North America in terms of number of guest rooms at 1,012. At 1.2 million square feet, this 34-story facility has become a leading choice in downtown Austin luxury hotels. The construction of JWMA was a three-and-half-year project managed by Hunt Construction Group, an AECOM Company, in collaboration with Harden Construction. Both companies were contracted by owner White Lodging Services Corporation.

Located just two blocks from the Austin Convention Center and surrounded by nearly 200 live music venues, JWMA features three levels of underground parking, five levels of public space and 28 guest levels. Among the features of the public space are both a junior and grand ballroom. Other amenities include a rooftop pool, a 24-hour business center and on-site restaurants. 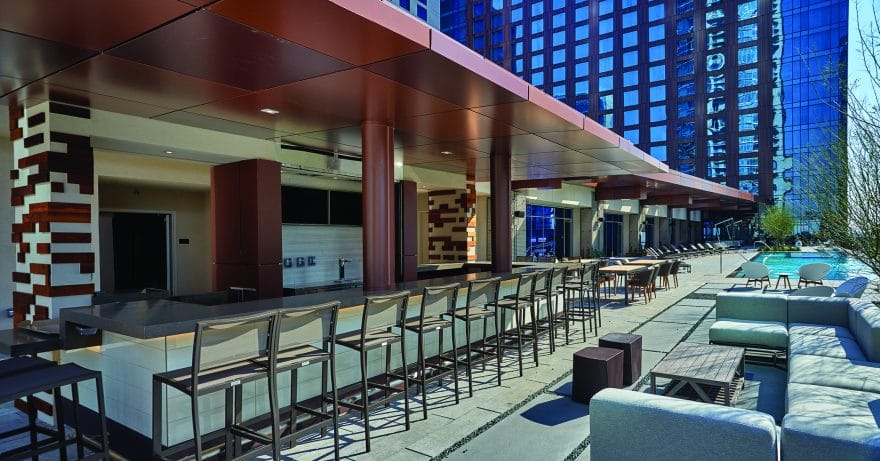 Founded in 1944 by Paul Hunt, Arber Huber and Harry Nichols, Hunt Construction began as a privately-held organization known as Huber, Hunt and Nichols. When Huber and Nichols left the company shortly after its inception, Hunt carried on as sole owner with the company flourishing during World War II with the construction of industrial and manufacturing facilities.

Today Hunt Construction is a subsidiary of AECOM, a multinational engineering firm that provides design, consulting, construction and management services to a wide range of clients. Hunt Construction manages three corporate offices in Indianapolis, Dallas and Scottsdale, Arizona, with satellite offices scattered across the U.S.

To successfully oversee such an elaborate and ambitious project as JW Marriot, project executive Tim Wuestefeld has leveraged years of hotel construction experience. “Personally, I worked on a 1,005 hotel in Indianapolis,” he recalls. “It wasn’t the same building but had very similar components. They both had three levels of underground parking and more than 100,000 square feet of meeting space.”

With numerous sustainability features, JWMA will achieve a LEED Silver certification and a two star Austin Energy Green Building rating. Some of the hotel’s environmental features include low-emitting materials, such as paints, coatings that are certified for indoor air quality, and the use of regional materials, which reduces delivery distance.

The biggest challenge that Hunt Construction faced was one that numerous firms in the construction industry are facing, and that is attracting the proper amount of skilled labor. “This made it a challenge to meet the timeline,” recalls Wuestefeld. “While the last phase of the project was the hardest, it was also the most rewarding because we were able to stay on schedule and the owner was happy, which is the most important aspect.”

With millennials entering the workforce and baby boomers nearing retirement, Wuestefeld spends a fair amount of time coordinating how the company will adjust to the new generation and the implementation of new technology.

The image of entering the construction industry has never been one of the highest regard. Wuestefeld, among others in the industry, are attempting to change that by looking at the basic facts and options one has in this type of profession. Attending seminars and conferences on the subject matter is one method he uses in an attempt to understand the next generation and how they value the work-life balance. 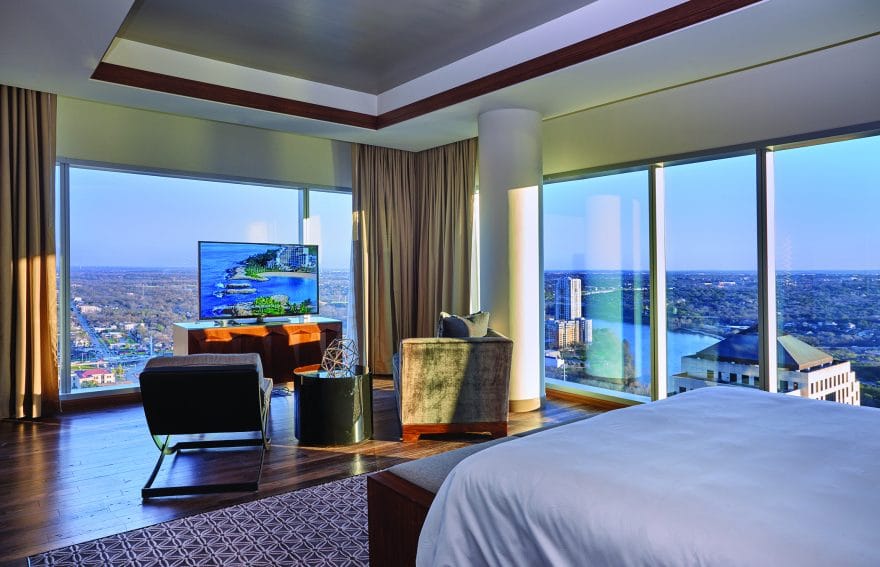 “I think younger people are beginning to realize that with new technology, a career in construction does not just mean pounding nails all day,” he shares. “People can go to a four-year college and come out with thousands and thousands of dollars’ worth of debt and maybe break-even by the time they’re 50. Or they can go to a two-year, inexpensive trade school and start making a great living at a young age. Also, with the millennials so interested technology these days, they can do something other than being a laborer in the field. They are the future leaders of our country and we really embrace that.”

When it comes to embracing the next generation, the approach that Hunt Construction takes is one of empowerment. The company is focused on engaging millennials in implementing these new technologies and more efficient methods of completing tasks. “Whether it’s tying in social media to the construction industry or creating new dimensions for building information models, there will be some way that the new generation uses this technology to make everything better, faster and safer,” says Wuestefeld.

JW Marriot Austin is one of many projects that Hunt Construction has completed for the hotel chain. With its ability to overcome challenges, stay within budget and deliver a quality product, repeat business will remain a staple for Hunt Construction Group an AECOM company.