The Rose Music Center at The Heights

The Rose Music Center at The Heights was developed by the City of Huber Heights, Ohio, as a way to spur development along an underutilized stretch of land bordering Interstate 70. After years of waiting for the retail and commercial sectors to see the potential of the space, the city took the matter into its own hands, developing a covered 4,500-seat, open-air music venue.

“The city was kind of waiting, so they decided to build an anchor,” says Ken Conaway, project manager and principal of Ken Conaway LLC, who worked with a member of the Huber Heights city council to develop the idea. “I actually got to take this conceptual idea and create the renderings that ended up being very close to what we actually built.” 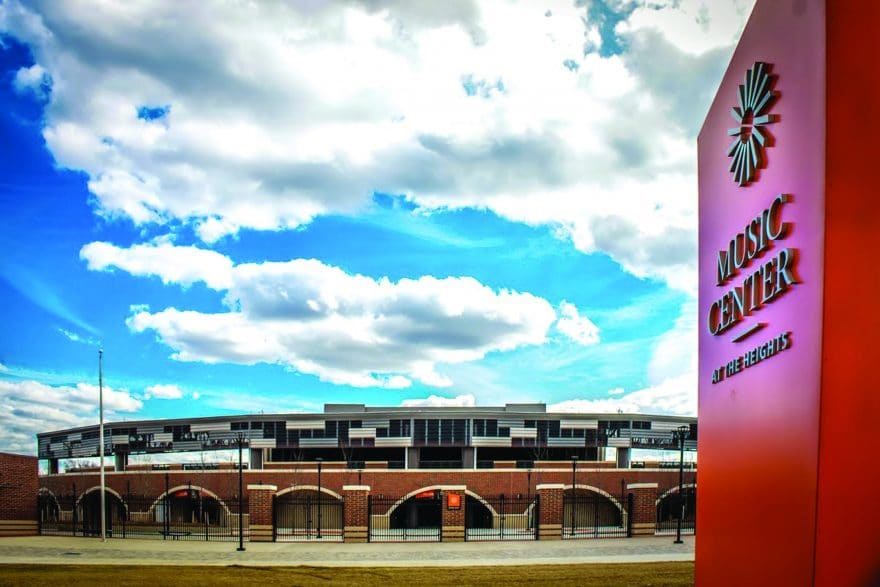 “This is a one-of-a-kind facility,” says Conaway, who has been hired by the city to act as project manager on a number of tax increment funding (TIF) developments. Conaway completed a water park for Huber Heights four years ago, as well as a smaller community amphitheater, and is currently working on a $3 million fire station for the city.

Construction on the $21-million Rose Music Center stretched from October 2013 to September 2014 under a strict timeline designed to avoid leaving crews out in the cold. “We worked through one winter and didn’t want to go through another one,” says Conaway.

While Conaway had never before overseen the construction of a music venue, the experienced project manager with over 40 years of experience saw the process through from inception to completion, swiftly navigating the myriad challenges thanks to a strong history with municipal projects. “I went through the public meeting process, land acquisition, due diligence and ran it through the construction phase,” he says.

Change orders are a part of any major construction project, but they take on an additional degree of difficulty when it comes to municipal efforts. “On a municipal job, you don’t go to the owner to get decisions made, you go to a committee and then there are multiple readings and finally city council approval,” he says.

The Rose Music Center presented just such a challenge when it came to the construction of the venue’s concession stands. The original plan called for two, open-format buildings that would have required a catering service to transport food and drink in for each event, but when the city decided to opt for full kitchens, Conaway had to go back to the drawing board.

“We did a $2 million change order right in the middle of construction to make them full-service kitchens with full equipment. It’s tough to do those major changes midstream because it changed the footprint of the building and the underground work that had to be done,” says Conaway. 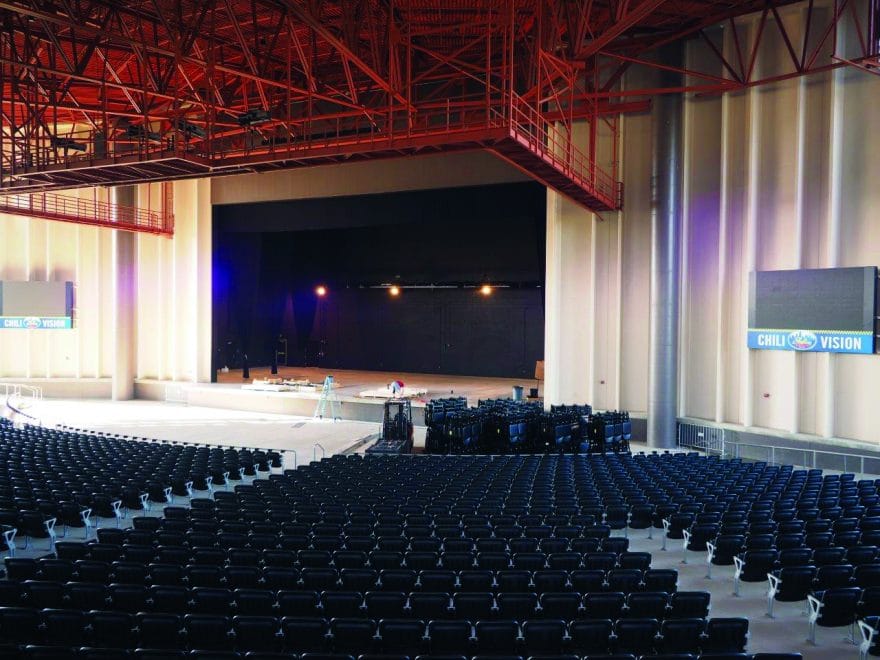 Building a home for music

The Rose Music Center’s unique stage design was one of the most memorable aspects of the process for Conaway. Constructed from 12-foot wide, 65-foot tall concrete bridge beams and covered by a 165-foot long steel girder roof system, the stage required ample underground work, including difficult foundation and footing aspects that Conway tackled with the help of new soil stabilization technology from Geopier.

As an open-air building, The Rose Music Center was not eligible for LEED certification, but that did not stop Conaway from incorporating sustainable elements into the design.

The use of bridge beams in the construction of the stage allowed Conaway to complete the project quicker and cheaper than he would have been able to with traditional construction methods. “It’s a lot more efficient because you don’t have to build two walls or a masonry finish that would require a steel understructure,” he says. “For a couple of months all the work is in the ground, then you stand up some 65-foot tall concrete beams and it’s like you have a huge building overnight.”

Mindful of the noise impact on local residents, Conaway completed additional groundwork on the site to help prevent late-night concerts from disturbing the peace. “We exported 60,000 yards of dirt and pushed the Rose Music Center into the ground as far as we could for noise control,” Conaway explains.

As an open-air building, The Rose Music Center was not eligible for LEED certification, but that did not stop Conaway from incorporating sustainable elements into the design, including LED lights and bioswales designed to remove silt and pollution from surface runoff water.

“Rather than draining into a traditional stormwater management system, the 2,000-space parking lot is segregated by grass swales planted in the ground that provide drainage, filter the water and discharge it into the creek,” Conaway says.

The project manager relied on a trusted team of professionals and contractors to see the job through on-time and on-budget. While he prequalified every bidder and selected only the most reputable subcontractors, the lack of qualified labor back in 2014 led to a perpetually understaffed jobsite. “The subs just couldn’t get help so the biggest challenge we had was manning the jobs well enough to stay ahead of schedule,” he says.

While there weren’t any aspects of the job that were entirely new to Conaway, the sheer scope of the project was a change of pace. “Everything was just 10 times larger than normal,” he says. This extended from the underground work right up to the venue’s seating design, which called for a standing pit and stadium seating set into the center’s back wall.

Conaway’s reputation on municipal projects precedes him and has made it difficult to get out of the industry entirely. While he originally retired back in 2010, he has been called off the bench a number of times since then and finds he can’t resist the allure of bringing another community building project to life.

When he does finally decide to hang up his hat, Conaway has a ready-made hobby to throw himself into. “I have probably one of the finest collections of U.S. Government silver ingots that have ever been put together,” he says. “I speak and club meetings and when I need a break I go and study that.”

With a fresh, open-air design, soaring stage and prime location in an up-and-coming section of the city, The Rose Music Center is sure to bring musical enjoyment to the people of Huber Heights for years to come.