Good grades on campus and elsewhere

For most folks with an interest in visiting Tufts University on the Medford-Somerville, Massachusetts, border, their first impression comes at the welcome center.

Come the fall of 2021, it’ll be a new and very much improved welcome center, one named after Joyce Cummings, of the Cummings Foundation Inc.—one of New England’s largest such goodwill institutions.

But before the frame of that glassy, seven-story structure can go vertical, the foundation had better be in place. And while the Danvers, Massachusetts, company entrusted with this part of the project has established it creds at digging massive holes, its president reminds that much more than a big shovel is necessary. “We’re not just digging,” says Jeff Masterson, of J. Masterson Construction, a frequent strategic partner to the general contractor, Hooksett, N.H.-based PROCON Inc. “Yes, a lot of dirt has to be removed and disposed—legally, that is—but there are also utilities to lay—water, sewer, drain, electric, communications.”

Sometimes, he goes on to say, for multiple projects simultaneously. For not too far from what will be the Cummings Center, J. Masterson Construction has been subcontracted by another company, Quincy, Massachusetts.-based Dellbrook JKS, to help expand an athletic facility in need of squash courts by 10,000 square feet. There’s ground to break, a water main to relocate and drainage to ensure.

Seems reputations spread from campus to campus about a specialty subcontractor’s capabilities, for J. Masterson Construction has been a mainstay for academia projects—and others—for nearly four decades.

Founded in 1981 by Jack Masterson, who remains CEO, its day-to-day business is largely conducted by son, Jeff.

Having grown slowly but steadily, even during lean times that put other companies on ice, it’s among New England’s largest nonunion excavation and utility contractors though it rarely has reason to reach beyond its stronghold of eastern Massachusetts and southern New Hampshire. 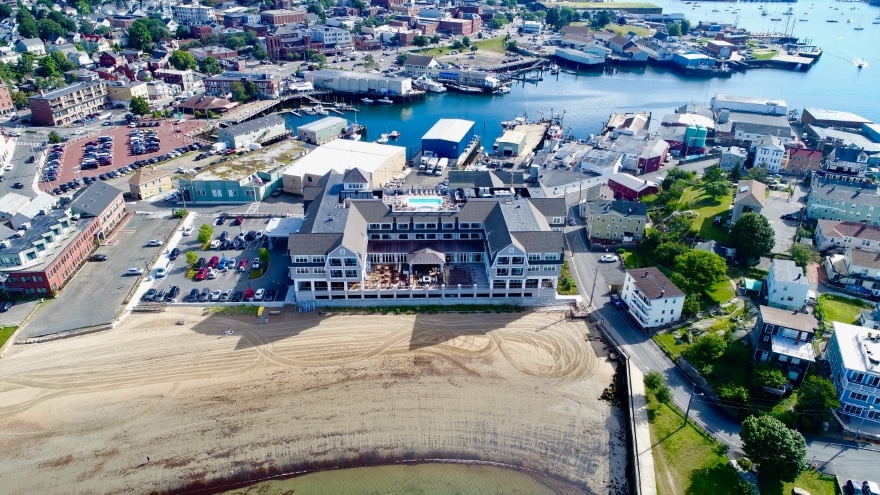 Masterson, citing the importance of nurturing professional relationships, explains the company can handle anything from a $10,000 job for a general contractor to a $10 million excavation and environmental remediation for a big box store. Whether a project is ground-up or redevelopment, there’s likely to be need for some kind of excavation, and how that expertise can mitigate construction slowdowns.

“Somebody who just builds hotels can’t just go build a car dealership or a big box, but somebody who digs a hole for a hotel can dig a hole for anybody,” Masterson says. “We also can place the utilities.”

That kind of versatility is also reflected by how J. Masterson Construction has changed with the times, even staying ahead of the curve.

Whereas breaking ground for subdivisions once brought in considerable revenue, the residential trend now is for apartment complexes. Among the projects underway is the site development of the Hanover Westford Valley upscale apartments in Westford, Massachusetts.

Entrusted in early 2018 by Hanover Construction to do much of the preliminary work for two apartment buildings and two townhouse buildings, Masterson expects to complete the tasks by next May.

It’s one of the more challenging endeavors J. Masterson Construction has signed on to, he says, explaining that the site is so cramped as to limit flexibility. Most days there are 15 skilled laborers on-site, their duties ranging from blasting and removal of ledge to utility and drainage implementation to installation of 12,000 square yards of asphalt, curbing and sidewalks. 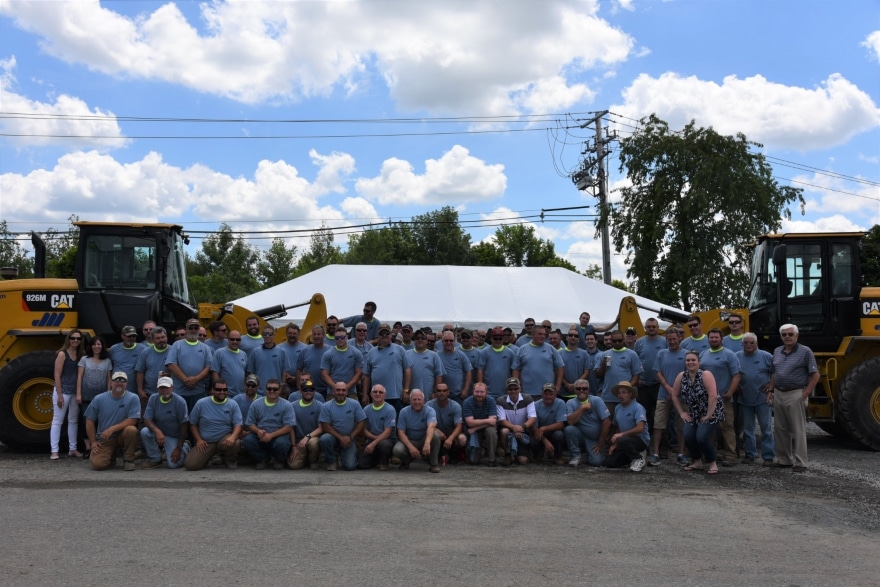 Equally adept with senior housing, J. Masterson Construction has expedited the completion of numerous complexes, including Brightview Wakefield, which provides independent and assisted living as well as memory care. Though this wasn’t one of the bigger projects, Masterson says it was among the most challenging, this elder community being in downtown Wakefield, a town 12 miles north of Boston.

“This called for the relocation of some live utilities as well as a lot of night work,” he says. “This being a retirement community build-out in a congested area, it was a two-year project. And remember, this isn’t Arizona where you can build year-round.”

But while most excavation does shut down for the winter, J. Masterson Construction stays active, albeit with a smaller crew, plowing and removing snow as well as laying down sand and road salt.

When Merrimack College needed site preparation for a new welcome center in the abutting community of Andover, J. Masterson Construction was called in to import fill and grade the site for better drainage, install utilities, sidewalks and granite curbing.

On campus, the company did similar work for a new academic building, altering the landscape, importing 7,000 cubic yards of fill, building sidewalks, a vertical granite curb and placing utilities.

“It’s always fun to see a place like that change and know you’re responsible,” Masterson says. “Merrimack College has gone through quite a rebranding. I’m glad we’re thought of highly enough for us to come back time after time.” 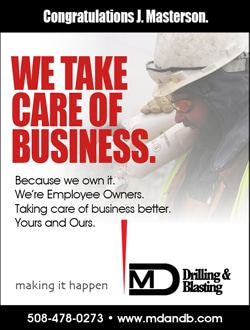 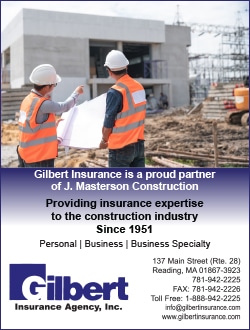