Nashville gets a return on its commitment to fresh ideas

Even an outsider can sense there’s an impressive amount of collaboration and development happening in Nashville right now. Pillars Development is a prime example, and perhaps a result of that.

The small, minority-owned, firm got its start in 2013 as part of the project management team and owner’s representative for Nashville’s Music City Center, a 2.1 million-square-foot, LEED Gold-certified convention center in the heart of Nashville. 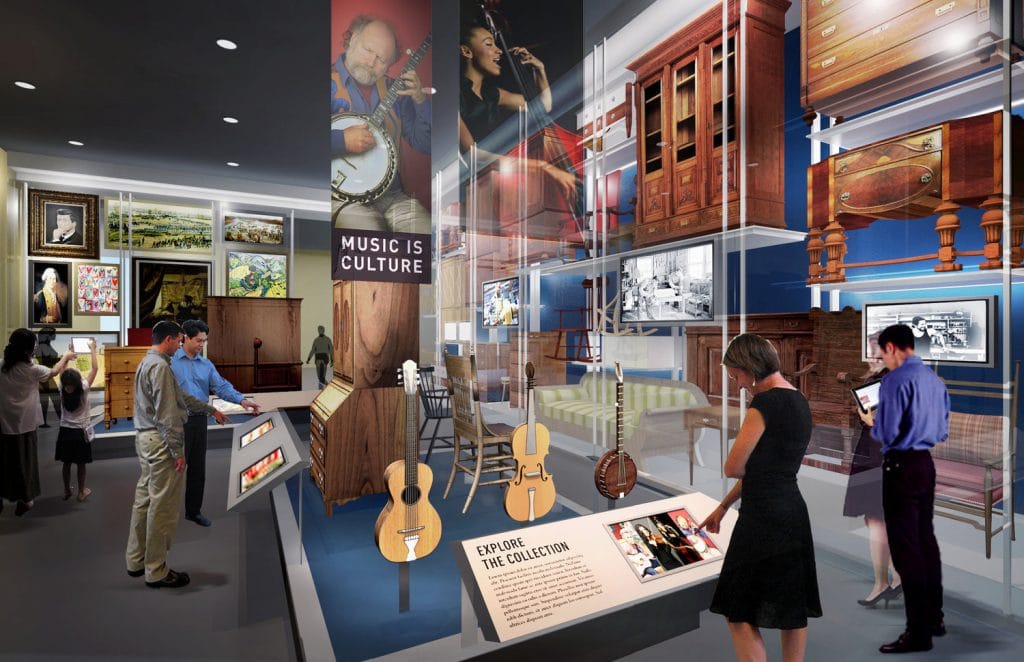 Since then, Pillars Development has served as a project management team member, owner’s representative or consultant on Nashville’s Riverfront Park & Ascend Amphitheater, also LEED Gold certified; Plan to Play, a greenway master plan for the city and county; and South of Broadway Master Plan and design of the Downtown Flood Protection System. Next, it’s serving on the project management and owner’s representative team for the Tennessee State Museum, located on the north side of the Bicentennial Mall in downtown Nashville; and the new 45-plus acre park that will rest on the city’s fairgrounds site just south of downtown.

“People here are a lot more welcoming to you if you’re coming with an attitude more so than a resume, and I think that’s a big, big difference why Pillars Development has been able to thrive here,” says Ed Henley, who founded the company and now works as principal and project executive.

Born in the Recession

In the height of the Recession, Nashville saw an opportunity to invest in itself by building the Music City Center, which has since become a major tourism draw and one of the city’s largest economic generators.

The city took the opportunity to invest in its community, too, with roughly a third of eligible funds from Music City Center construction going to small, woman, minority or disabled veteran-owned businesses.

“Nashville offers a great platform, and I think that’s why a lot of entrepreneurs and entrepreneurial spirited people come here and love it, because they are able to make it happen with the support of what’s around them, regardless of the color of their skin, or even sometimes education or experience,” Henley says.

Nashville’s investment in its future paid off. Since opening in 2013, Music City Center has hosted over 1,000 events with more than 2 million attendees and generated more than $1.5 billion in economic impact. The project also gave Henley, who served as a contracted employee, the experience he needed to launch Pillars Development, which has since grown to five employees, four of whom are under 30. 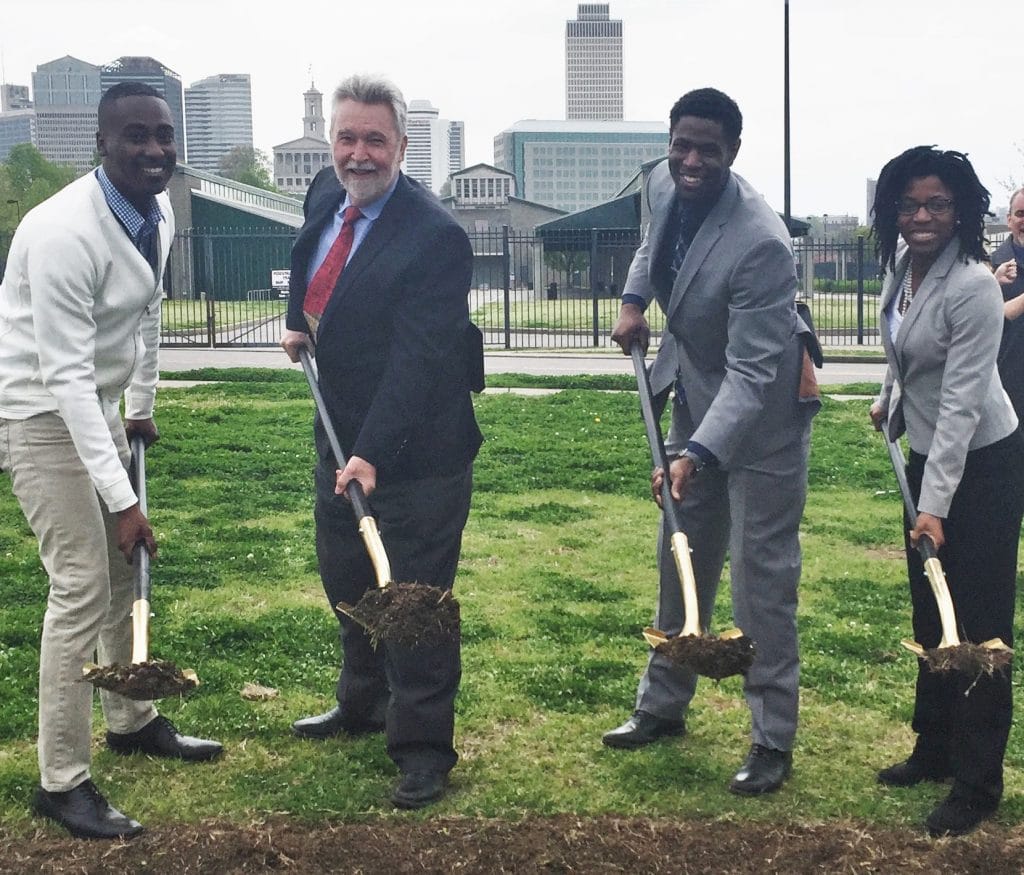 The city’s foresight isn’t necessarily new or specific to this project, Henley says. In fact, it’s been a staple of the city’s culture and why Nashville is where it is today.

“Very talented people that see a lot of promise in Nashville and are willing to bet on Nashville’s future in the present has boded well for the city,” Henley says. “I think it helped it weather the Recession and come out of the Recession, now, with a great amount of energy and momentum moving forward.”

Now, as Pillars Development grows with a talented and diverse mix of employees, it is taking on new projects. The firm is both shaping the city and being shaped by the city.

The Riverfront Park and Ascend Amphitheater, for which Pillars was part of the project management and owner’s representative team, added an 11-acre park intended to revitalize Nashville’s downtown riverfront. The site includes a 1.5-acre lawn, one mile of greenway trails, a LEED Gold-certified amphitheater, dog park and ornamental gardens, and was awarded “Best New Major Concert Venue” by Pollstar, which highlights the global concert industry.

Pillars Development contributed to the Plan to Play countywide greenway master plan, and its management says it is looking forward to supporting future park development projects. Also in the works, Pillars Development is part of a team selected to reimagine and reshape 21 acres of parkland into an activated space with a mix of uses to serve the city’s current needs and historical character. 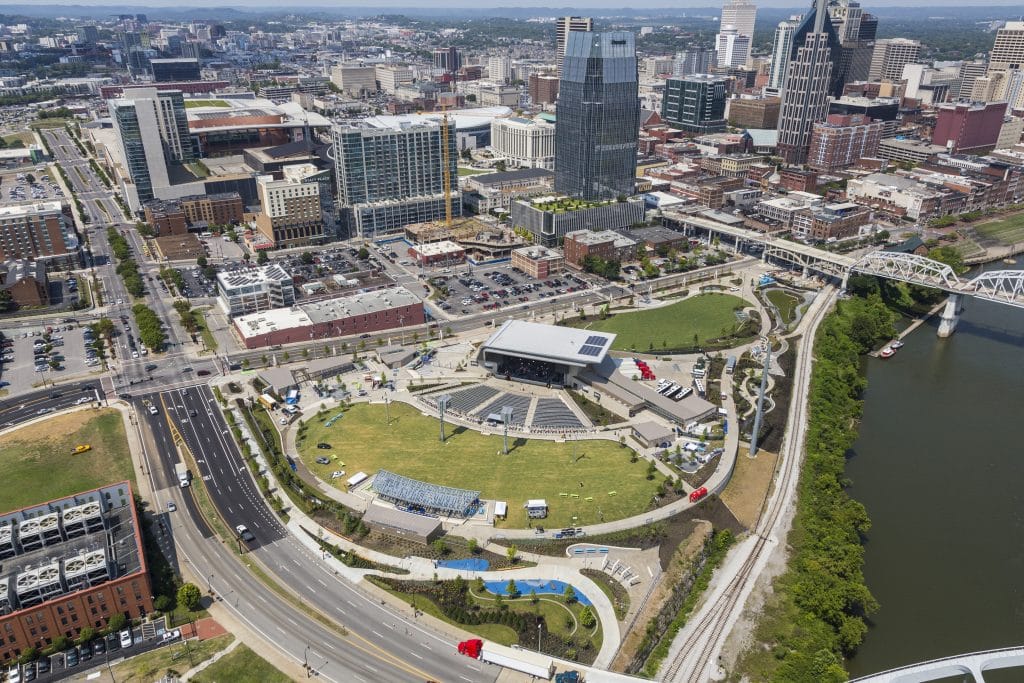 Outstanding relationships and projects like those have allowed Pillars Development to work with national-caliber talent and world class firms and to develop relationships with community groups and leaders. Firms like Alliance Synergy Group, which has led the city’s largest and most successful diversity and inclusion programs on public projects, as well as spearheaded workforce initiatives; and Compass Partners, a firm specializing in building teams that are unique and qualified for planning and management of facility development around the country, have been instrumental in Pillars Development’s success. Those firms have helped craft great partnerships and delivered high quality service to high-caliber clients, Pillar’s management says.

Other supportive firms, such as Commonwealth Development Group and Hawkins Partners have been invaluable, offering guidance and opportunities to gain experience.

“We’ve been blessed to work with really good people who care very much about helping the firm not falter and imparting wisdom that helps us perform on a daily basis,” Henley says.

A new view on a native city

As Nashville morphs from a smaller city into a metropolis, it has some advantages, among them, a diversity of people, ideas and industries. It also faces growing pains, as opinions differ about the kind of city Nashville should become.

“Being a Nashville native and one who plans to stay for an extended period of time, I approach each project with a sense that everything we’re doing may not be done perfect, but is definitely done right,” Henley says.

Even as a homegrown firm, Pillars Development is learning more about the city, its people and its inner workings with each project.

“It creates such a sense of gratitude for the things that you have, and I think being more and more involved in Nashville’s land use, you get the sense that you’re going to have an embarrassment of riches that you have to take advantage of,” he says.

Searching for solutions in peer cities

Henley’s focus isn’t only on Nashville, though. While he hopes the city will become a model for other peer cities, he also looks around the country for best practices Nashville can borrow.

For instance, in 2010 a flood caused $3.6 billion in revenue loss, disruption of 13,000 jobs and the temporary or permanent closure of 2,700 jobs. So when the city set out to create the Downtown Flood Protection System, for which Pillars Development was part of the project management and owner’s representative team, the firm traveled to New Orleans to see firsthand how that city has coped with floodplain challenges.

The firm looks to places like Atlanta, Georgia, and its attempt to manage traffic volume; Charlotte, North Carolina, because of its scale in comparison to Nashville; and both Denver, Colorado, and Seattle, Washington, for their transit systems.

“We’re a firm that’s built on our desire to satisfy our clients,” Henley says, “but also to satisfy the community and the community’s need, to make sure it’s done in a fashion that we feel proud to put our name behind.”

Already, Pillars Development is proud to put its name behind Nashville, and perhaps Nashville has reason to be proud of the young firm it’s helped foster. 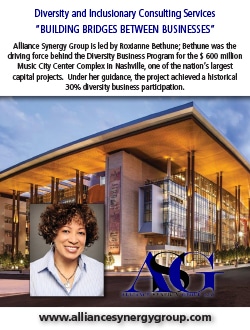 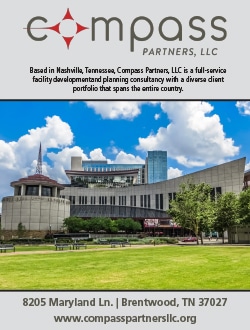