A penny saved is respect earned

It would take more than 86 football fields—at 57,600 square feet each—to cover the 5 million square feet of space Vance Vinson and his team are responsible for at Miami Valley Hospital in Dayton, Ohio.

And yet, the organization’s director of facilities believes that even the smallest changes can make a major impact—particularly when it comes to energy consumption. 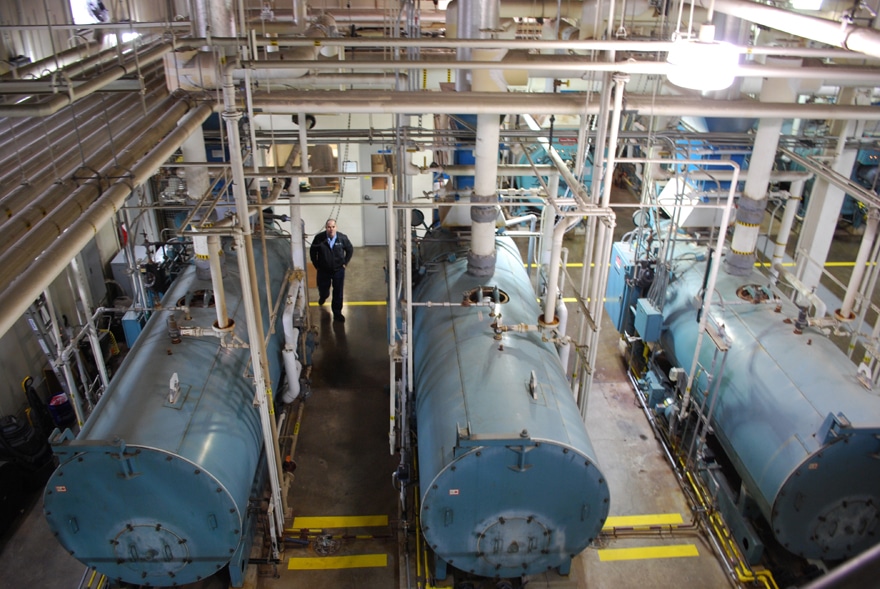 Indeed, the numbers tell the story: In 2019 Miami Valley received the Energy Star Award, given to certified buildings and plants that operate in the top 25 percent in terms of efficiency.

Vinson, who joined Miami Valley in 2018, says results like this speak to the commitment and vision of the 55-member facilities team.

“None of this would be possible if not for the dedication, skill and perseverance of the facilities team, but also the support, commitment and transparency of the executive team at the hospital,” he says. “To be in the top 25 percent of all hospitals in the country—and recognized by U.S. News and World Report as one of the Top 100 Hospitals for three years in a row—shows we’re doing our part to support the clinical achievements of the staff, which most importantly benefits the patients of southwest Ohio.”

Experiencing federal reimbursement cuts, Vinson says there was only one way to make the cost of operations work: save money by becoming more efficient—while keeping a close eye on the most important resource of all.

“We couldn’t make up the cost by increasing the number of patients, as Dayton’s population is stable,” Vinson explains. “The only way to make ends meet was by implement efficiencies by evaluating ways to do this without putting patient safety at risk.”

With just two weeks on the job, Vinson began to overhaul how the hospital heated and cooled the facility. One strategy involved a practice known as “free cooling”: using outside air dampers as a substitute for running air conditioners when temperatures dropped below 45 degrees. 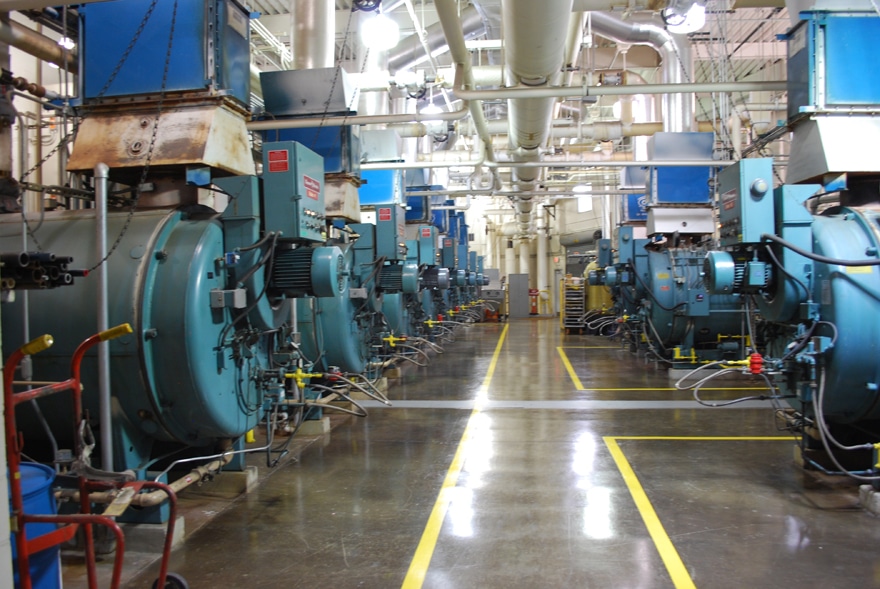 Interestingly, Miami Valley Hospital is accomplishing these changes by investing less than 120 hours of in-house labor, at a cost of $10,000.

“By enabling the equipment used to run as designed, the hospital can now shut off all nine of its water-cooled chillers when temperatures drop. No extra capital investments were needed for this initiative,” Vinson explains.

He also had two injection wells drilled to use with air conditioning chillers to recapture water that would’ve otherwise gone into a nearby river, thereby easing the draw on the local aquifer by one-third. The amount of water drawn from chiller plant aquifers to keep the hospital cool was reduced by roughly 35 percent, a savings of more than a billion gallons of water per year.

In the final analysis last year, the hospital’s electric consumption dropped by more than 10 percent and natural gas by more than 6 percent.

Heading into 2020, the Miami Valley team is focused on renovating 33 operating rooms (ORs) as part of a collaborative effort with the surgery department.

According to Vinson, the conservative savings estimate is more than $200,000 once the project is fully implemented.

“Patient safety, infection control, set-up procedures and code compliance are all factors to be addressed before any changes are initiated,” he says. 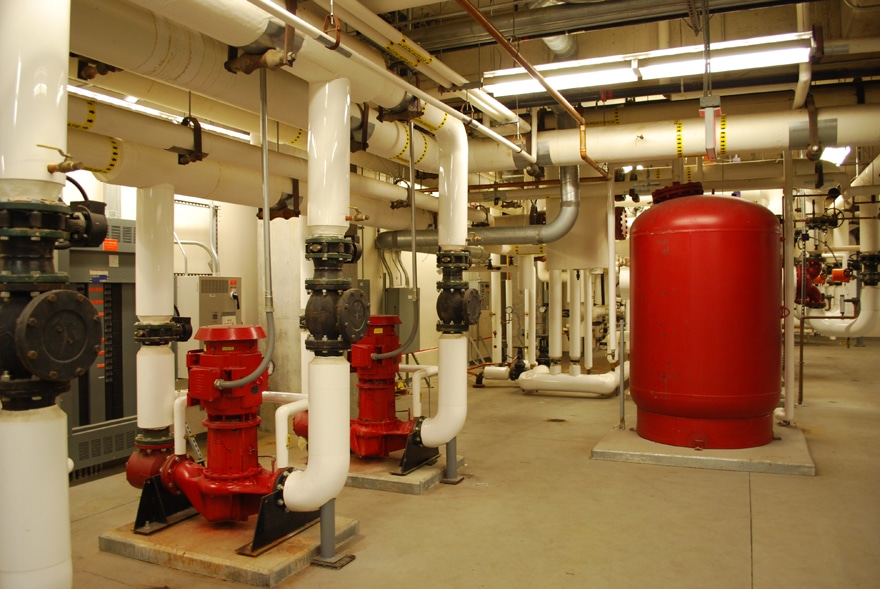 The hospital completed the pilot for the project in late 2019 and will begin implementation in early January 2020. The plan is to finish 16 ORs by March, with the remaining 17 slated for completion by next summer.

One aspect of the project Vinson says is especially important involves calibrating or replacing sensors inside the ORs—used to measure temperature, humidity, pressurization and air exchanges—a measure that’s expected to cost less than $20,000.

“We are making big impactful changes for not a lot of money,” he says. “Every OR has its intricacies and we will work through them.”

As with any major project, Vinson says that potential obstacles are inevitable.

Given the region’s four-season environment, the team must account for all manner of weather impediments: sizzling summers, wet conditions in the spring and fall and cold winters.

“Heating and cooling operations are not as simple as at your house,” he says.

To combat the extremes, preventive work includes weatherizing the buildings; monitoring consumption of steam at the steam plant; and draining inground sprinkler systems to avoid frozen pipes including at two of the hospital’s most popular outdoor features: a “lazy river” and waterfall.

“We want to be ready for whatever comes our way,” Vinson says.

Vinson says that part of the reason he feels so comfortable in his latest role—no matter what the circumstances—are the years of gamut-spanning experience that came before.

“Facilities work is second nature to me,” says Vinson, a veteran of both the engineering and construction trades.

A bigger part of the work is engaging the staff who “turn the wrenches” in the process.

“By cultivating everybody, you create opportunities by involving others who may look at something a bit differently,” Vinson says. 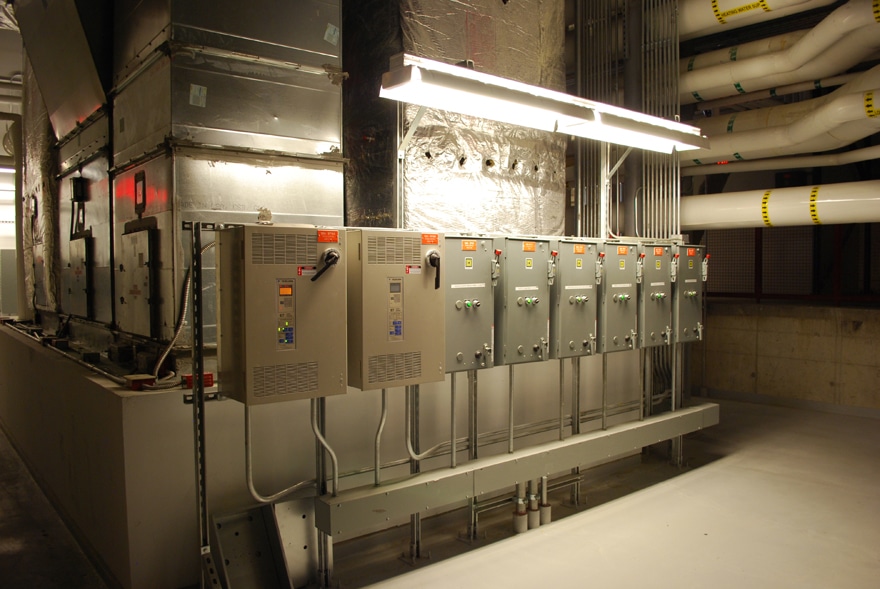 From the time he walked away from Southern Illinois University in Carbondale in 1985 with an AAS and bachelor’s degree in building construction technology, he’s held numerous engineering positions. He worked for the State of Illinois for 16 years, before overseeing a pair of health care facilities: Methodist Medical Center in Peoria, Illinois, and Unity Point Health in Peoria, for eight years each.

Gaining experience in a variety of circumstances gave him tools to find solutions to just about every kind of problem.

“It’s amazing what you learn along the journey,” he says. “So often—as was the case with our water-cooled chillers—you start to investigate a problem and the journey to solve the problem leads you to solutions that are not always directly related to the problem.”

For Vinson, however, building relationships with the people he works with—and for—will always be just as important as the work itself.

“Every day, our families, friends, neighbors and the communities we serve come to us for care,” he says. “If we treat every patient as though they are a family member and have done everything to provide that care safely and compassionately, then we have served them well.” 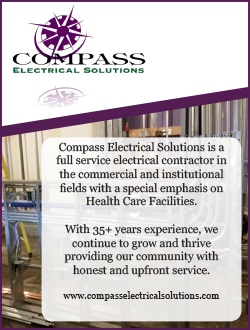