Early in his life, Leo Bourgeois dreamed of being a jazz musician, performing in legendary music venues in New Orleans and other spots around the country. As he went through high school and into college, his enthusiasm for music changed when he realized he likely wouldn’t be a famous performer.

Now, more than 20 years later, Bourgeois’ music isn’t made by trumpets and saxophones. Instead, it’s “the harmony created” by construction equipment, HVAC units and building controls. 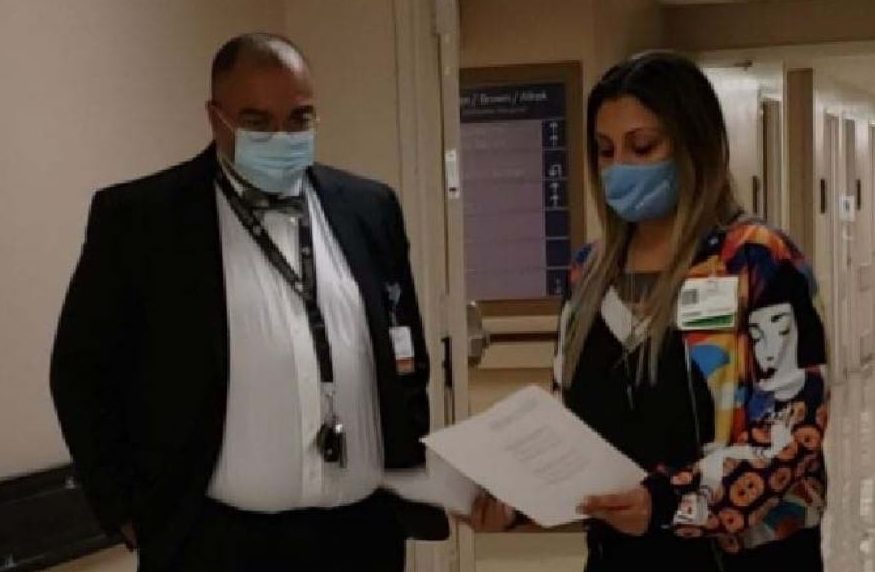 “My favorite part of my role is bringing our teams together to provide the best experience and best care for our patients,” says Bourgeois, the director of facilities management for the 100-year-old Houston Methodist Hospital. “It’s a sweet sound when everything about a project or plan comes together.”

Bourgeois oversees over 4.5 million square feet of space and is responsible for maintenance, including building automation, electrical, HVAC, plumbing and environmental health and safety. His objective, and that of his team, is to ensure each building on the sprawling campus is not only aesthetically pleasing but also safe and modern.

“If you’re taking care of the buildings correctly and consistently, you’re keeping things safe for patients and staff, and that’s the No. 1 goal,” he says.

While Bourgeois still helping the campus fend off COVID-19, his focus starting in 2022 is construction of the new Centennial Tower. According to plans, the 30-story building—with a rooftop helipad—will include about 1 million square feet and cost more than $920 million. The facility will include operating rooms, two floors of intensive care units, imaging rooms, a pharmacy and several floors of universal and general care.

The project, Bourgeois says, is being driven by the continued growth of the city. 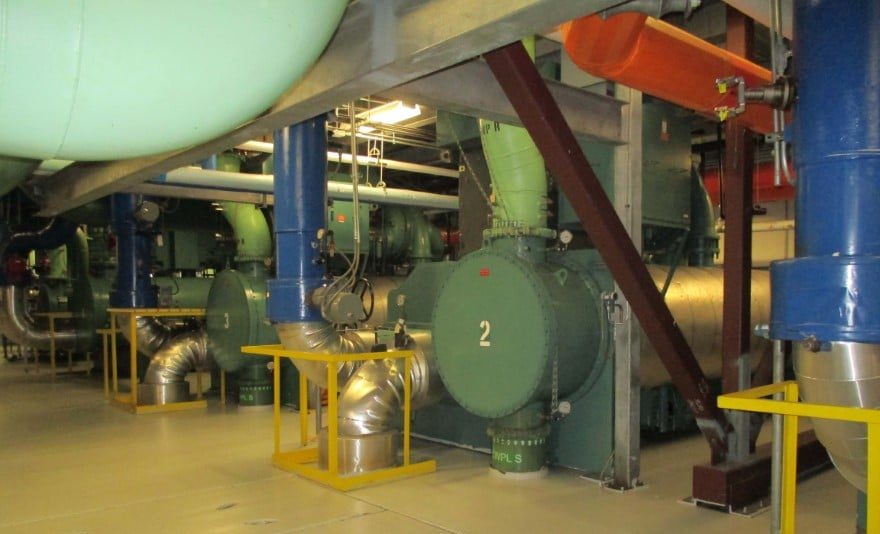 “The more we build, the more people come to our hospital,” he says.

Bourgeois and his team of four managers are involved in the design process. There’s a cohesion between departments that must exist before any construction begins, he says. A design might make sense from an operational standpoint but, from the engineering side, it might cost too much money. Or vice versa. Part of his job is ensuring those issues get handled.

“Everything we do is about the health of our buildings, our staff and our patients,” he says.

Vaccines are mandatory at Houston Methodist, and CEO and President Marc Boom has been at the forefront in leading health and safety initiatives for the entire organization, Bourgeois says.

“He’s a great man, a great leader and a great doctor who doesn’t get enough credit for what he’s done,” he says. “And it goes beyond COVID-19 protocols and basic safety measures.”

The hospital is also looking at future projects that include renovations to 14 operating rooms built in 2010 that are showing some wear. The spaces are going to be upgraded with more durable materials and will mimic newer operating rooms in other parts of the hospital. The surgeons and doctors who spend their time daily in the operating rooms are given design input and the ability to decide what the spaces look like, Bourgeois says. 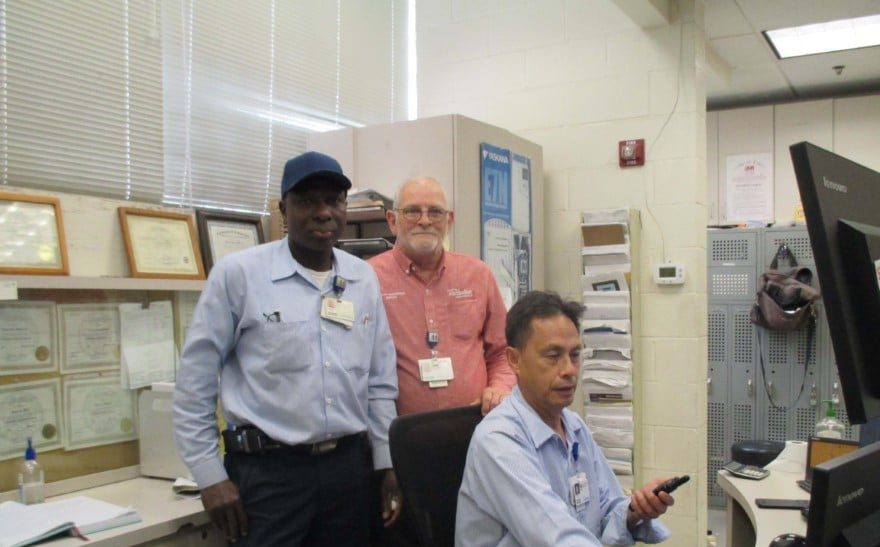 Another big change at Houston Methodist is the addition of new building controls, and Bourgeois credits his boss, Sharon Johnson, for leading the charge toward new building technology. Some of the older buildings used pneumatic controls, and the hospital is replacing them with automated software that makes it easier for the maintenance and facilities department to control the buildings’ HVAC units and electrical systems.

Bourgeois is also proud of his team’s work in improving communication between his department and the rest of the hospital staff. When he started at Houston Methodist in 2018, he met with department leaders, got feedback, and sent out random surveys to employees. The first year, 76 percent of the feedback was positive. The next year, following meetings held to address concerns, the feedback was 99 percent positive.

“We don’t have to track anymore because we’ve established the culture of communication and response,” Bourgeois says. “We’ve built a rapport and an understanding with everyone.”

He started as a project technician for the city of Houston in 2003 and became public works maintenance manager nearly five years later. After five years in that role, Bourgeois was promoted to deputy assistant director, a position he held for nearly six years. He left the city in March 2018 and joined Houston Methodist Hospital. 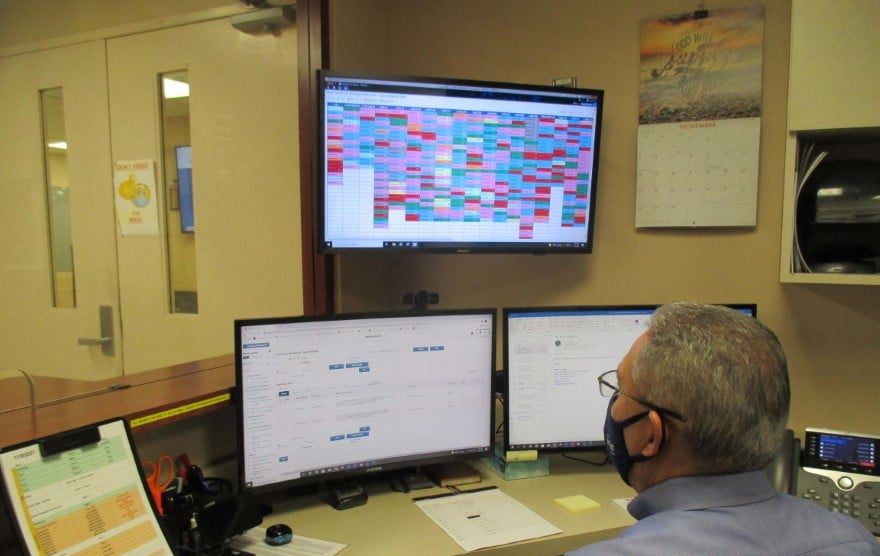 “When I came to the city, my goal was to stay about a year and moved on,” he says. “But I enjoyed being a first responder, moved up quickly, and liked having the ability to react and make decisions quickly.”

While working for the city, Bourgeois continued his education and earned an MBA at Texas A&M-Commerce, and he’s currently working toward a doctorate in education and organizational leadership with a healthcare focus from Grand Canyon University.

“Becoming a hospital administrator is the goal, and I’d like to do consulting, be an adjunct professor and mentor the younger generation and help them find their career path,” Bourgeois says. 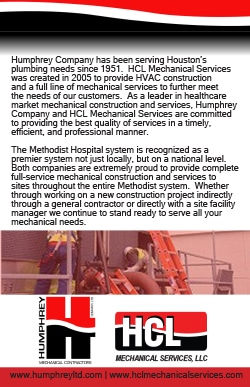 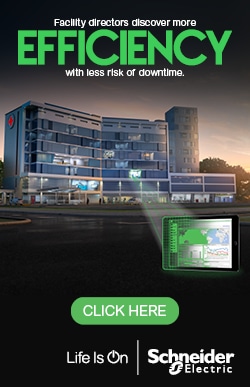 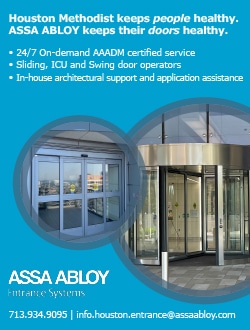 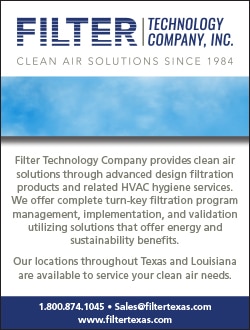