When Cal State LA was built in the 1950s, it was designed to be a commuter campus.

At the time—and for many decades to follow—students lived in nearby neighborhoods and could drive or take public transportation to their classes. But now, with monthly rents spiking across Los Angeles, many students can no longer afford to live close to campus.

“Several years ago, the university put out a survey to gauge interest in campus housing and 3,500 students indicated they would like to live on campus, ” says Yancey Modesto, the director of planning, design and construction. “There were only 1,020 beds available at the time, which equals about 4 percent of the student population.” 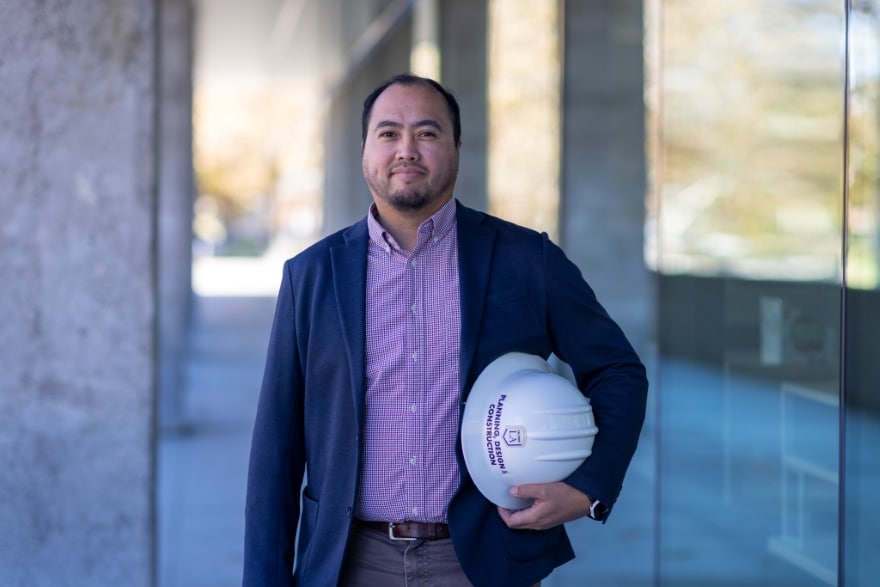 Plans for a new student residence hall began in 2015 with the goal of increasing on-campus housing to accommodate about 10 percent of the student population. The project, which complements existing campus apartments, was completed in fall 2021.

“Making the shift towards providing campus housing allows students to have a more complete college experience,” Modesto says. “Many of our students are the first in their family to go to college, so it’s great to see them have the full experience.”

The new 1,500-bed student residence hall, called South Village, gives priority to freshmen and sophomores and offers single, double and triple rooms. According to the university’s website, costs range from approximately $8,200 to $13,200 a year, which Modesto says is significantly less than renting a nearby apartment.

“Campus housing is less expensive because there are more shared amenities,” he says. “It also allows students to live in community with their peers and get to know their neighbors.”

The residence hall includes a dining hall, a gym, study rooms and a conference center. All are available to students even if they don’t live on-campus. Outdoors, there’s a recreation field and a large courtyard where students can relax and attend events hosted by the university. 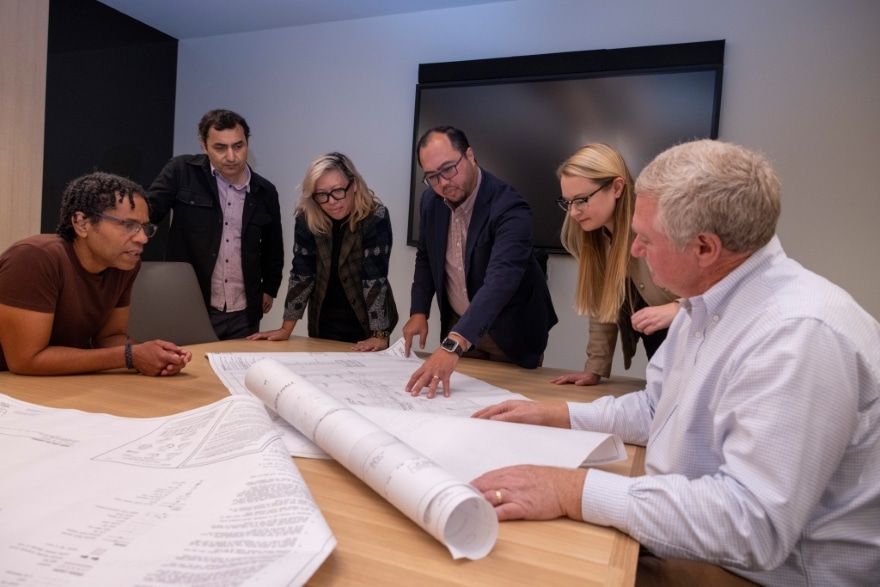 At seven stories and 285,000 square feet, South Village is the largest housing facility on campus. Construction got underway as the COVID-19 pandemic began in early 2020, which created many challenges, Modesto says. However, with a nearly empty campus and few students to work around, he and his team were able to finish on time.

They also decided, in collaboration with contractors and engineers, to use a prefabricated building facade rather than conventional construction. This saved time and allowed for there to be fewer workers on site, which was safer at the time.

The first four floors of the building include study areas, a testing center and conference rooms, as well as a lecture hall on the lower level. Students can also access most student services here, including financial aid, records, admissions, the Office for Student Disabilities and more.  The top four floors house administrative and academic offices as well as the offices of university leaders and administrators. A grand staircase connects the lower floors, Modesto says.

Situated in the middle of campus, the building makes student services and administrative offices more accessible. They were previously housed in a less central area in a building that needs seismic retrofitting and abatement, which Modesto says is common in older buildings in California. The new student services building, which was previously used for physical sciences, also needed seismic retrofitting and abatement before renovations could begin. 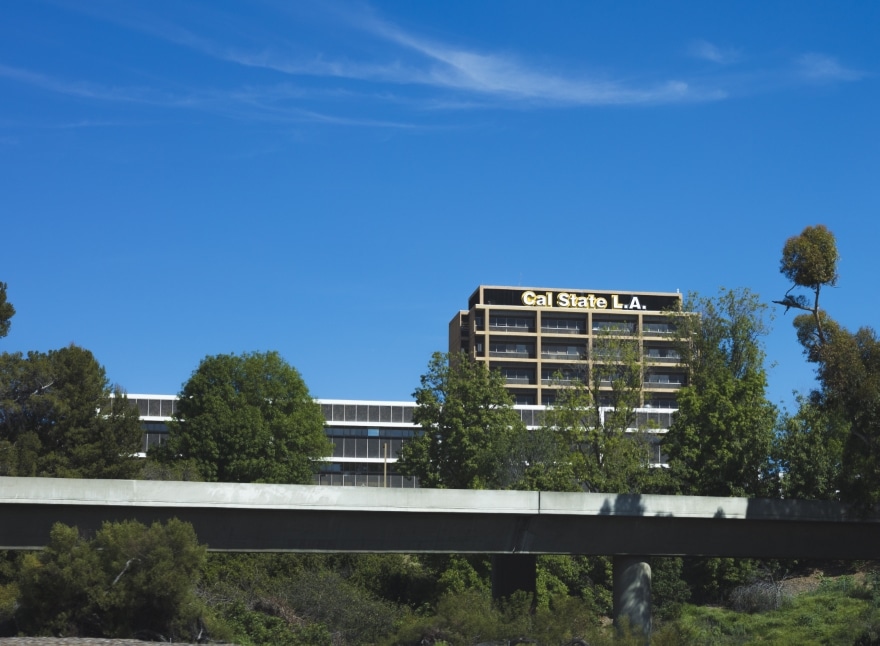 The new student services building formally opened in January 2022 after a soft opening at the start of the fall 2021 semester. Modesto says it’s rewarding to see students using the space and accessing the resources they need. While he doesn’t work directly with students, his favorite part of his role is seeing them succeed.

“When you attend a graduation here, you can truly see the community that raised each student because they have groups of friends and family standing and cheering for them,” he says. “It’s so impactful being the first in your family to go to college.”

Before working in higher education, Modesto earned his bachelor’s degree in architecture from the University of Santo Tomas in the Philippines.

Following his graduation in 1999, he moved to the U.S. and worked at architecture firms in Houston, Texas, in the early 2000s. He moved to Rhode Island next to work as a junior architect and junior project manager at LLB Architects and became project manager there in 2011. 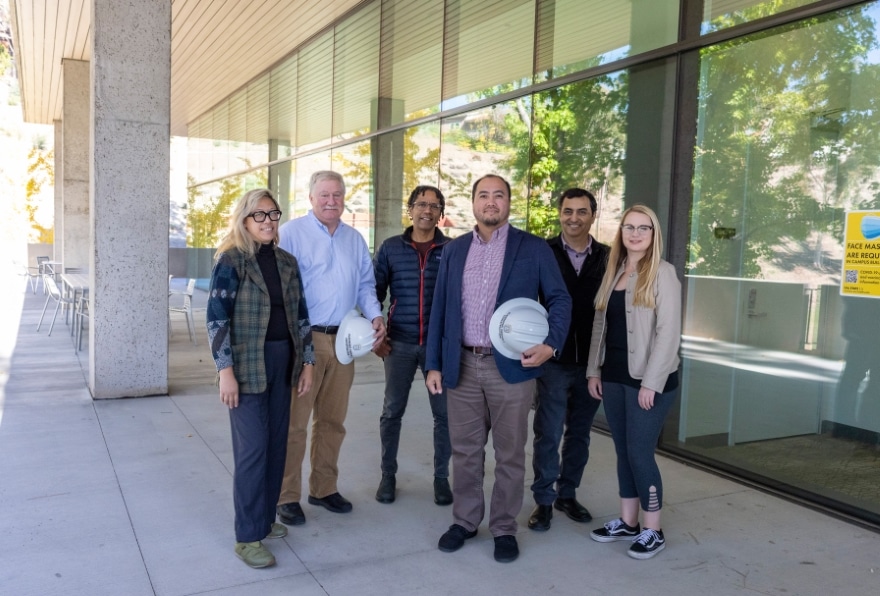 During this time, Modesto went back to school and earned his collegiate teaching certificate from Brown University and a master’s in architecture from the Rhode Island School of Design. He took his first job at a university in 2012 when he became campus developer for the University of South Carolina. Over the next six years, he oversaw capital plans and projects.

In 2018, Modesto moved west and became the university planner for 10 California State University campuses, including Cal State LA. Working in the chancellor’s office, he led master planning and finances for capital projects. But, after a year, he realized he missed working with one specific campus and sought a narrower focus. He came to Cal State LA in September 2019.

“Working in the chancellor’s office gave me that high level perspective of how projects are completed and what’s feasible,” Modesto says. “That perspective saves time and increases productivity for the organization.” 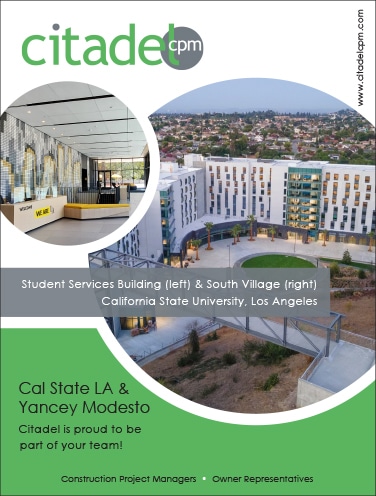 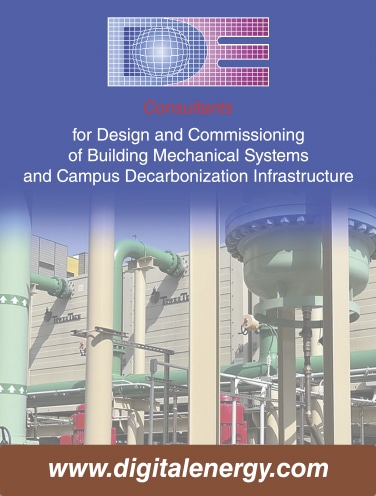 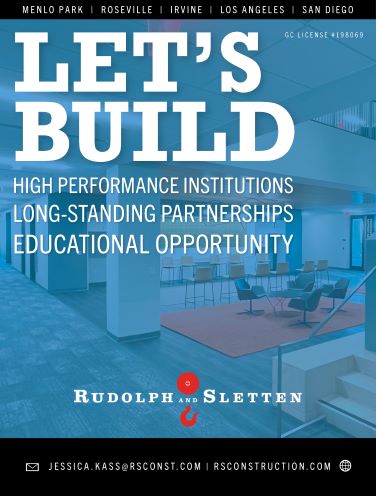