Designing the future from the home of sustainable construction

Located in the LEED hotbed of Chicago, Wheeler Kearns Architects (WKA) is a nationwide firm specializing in the design of sustainable buildings for the residential and institutional sectors.

Founded in the late ‘80s by Dan Wheeler, WKA was formed after the founder won a design competition to build a large residential project in southwestern Michigan. Starting off small, Wheeler added an architect a year for the first decade to tackle the firm’s steady flow of residential work.

Now boasting 17 architects on staff, WKA has shifted its focus in recent years to concentrate more on the institutional sector with a specific focus on not-for-profit clients. “We do lots of performing and visual arts and education work, which goes from early childhood to high school and higher education,” says Larry Kearns, principal at WKA. “Our real focus is on clients who will understand the long-term value of a properly designed building.” WKA completes designs for clients across the country, but a majority of the firm’s work is concentrated in Illinois, Wisconsin, Indiana and Michigan. While institutional work has begun to comprise a majority of WKA’s projects in Illinois and the surrounding area, more remote projects are often in the residential sector. “We’re probably more local with the institutional work right now, but we’ll still spread our wings,” says Kearns.

The greening of Chicago

A native of Florida, Kearns attended University of Miami, graduating in 1985 with a degree in architecture. After joining a storied Chicago architecture firm, he was soon entrusted with one of the largest projects of his nascent career: senior designer for the infrastructure of London’s Canary Wharf, a 71-acre international finance center boasting more than 12 million square feet of offices and trading floors.

Kearns was one of the first architects to sign on with Wheeler’s fledgling architecture firm, joining WKA a scant six months after it was formed in 1988. The duo quickly found that they had remarkably similar outlooks regarding the design process, one that continues to serve WKA to this day.

“The focus was not relying on ‘signature styles’ per se, but having each building really thoroughly vetted in the early stages of the process to make sure we had a simple, clear direction that would be a good fit,” says Kearns.

While the firm completes a mix of new building and adaptive reuse work, a number of structural and regulatory quirks unique to the Illinois market have seen growth in the latter sector. “We have relatively stringent codes and what happens in Chicago that doesn’t happen everywhere is that instead of knocking things down, we often inherit buildings with really good ‘bones’ that can be renewed for a second life,” says Kearns.

For Kearns and the WKA team, adding new life to an existing building is the very definition of sustainability. “It’s about building something that can last a really long time and be reused instead of demolished,” he says. Illinois as a whole has quickly become a leader in sustainable building, leading the nation for three years in a row and logging 161 new LEED projects in 2015 alone.

Kearns notes that while some projects willingly conform to LEED standards, Chicago’s reputation as a green metropolis can be credited to former mayor Richard M. Daley, who was an early proponent for sustainable building, declaring in 2004 that all new or rehabilitated buildings built with city assistance be LEED-certified.

The city’s sustainable development policy requires projects receiving financial or zoning assistance from the city to include sustainable elements such as green roofs or stormwater collection. Its Green Permit Program allows contractors to deduct as much as $25,000 off the building permit process by including sustainable design practices. “In the early 2000s I was promoting this and clients said no left and right, but the switch was when major foundations and leaders made it a requirement,” says Kearns.

As sustainable designing and building practices become the norm in the Chicago market, Kearns has seen the whole industry gradually start to follow suit. “In the early days we had to teach contractors the rules of the road, but on a recent project, the contractor knew as much or more than we did and actually contributed significantly to the project,” says Kearns.

At home in the not-for-profit sector

WKA has completed a number of unique, LEED-certified projects in the Chicago area, including the UChicago Child Development Center – Stony Island, an early education and private preschool program located in Chicago’s Hyde Park neighborhood. “It’s quite notable for having not only the LEED Gold validation, but it’s all about teaching children and letting them learn first principles in a natural world firsthand,” says Kearns.

Designed under an “envelope-first” method, a lot of time was spent focusing on the thermal mass of the building’s concrete slab. The LEED-NC-2009-certified building is also “out-sulated” with continuous insulation and natural bark shingles installed on the building’s exterior. “A lot of this is mandated by codes now, but at the time it wasn’t,” says Kearns. “The bark siding is a notable part of that building because it also wraps around the front play court.” 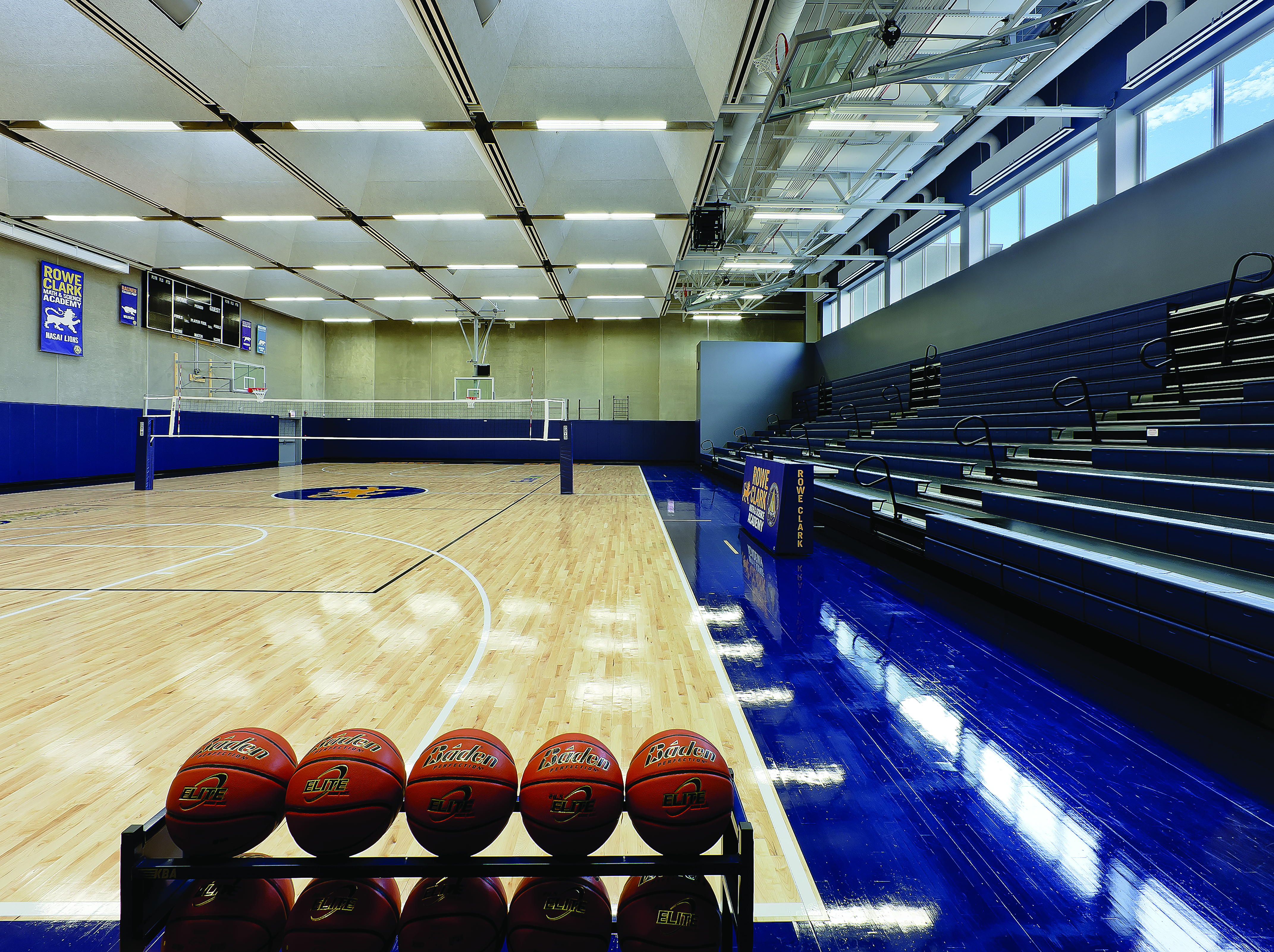 The LEED-Gold-certified project consumes 56 percent of the energy of a comparably sized building and includes 28 high-performance acrylic skylights that provide ample daylight, minimizing the need for artificial lights. “We really pushed the thermal mass on the inside of the building because of the diversity of activities that happen there, so it holds its temperature without having a huge, high-horsepower central plant,” says Kearns. WKA was recognized with 10 different local, state and national awards for the Exelon Gymnasium project.

Other not-for-profit green building efforts completed by WKA include Inspiration Kitchens Garfield Park, commissioned by a social service organization that trains the unemployed and underemployed to get the sanitation certification needed to work in restaurants as part of a 13-week program. “It’s a project that really challenged the city inspectors on energy usage in a commercial kitchen,” says Kearns. The 7,800-square-foot facility has an 80-seat restaurant serving subsidized meals to low-income residents, as well as market-rate meals for the general public.

Over the last two decades, Wheeler and Kearns have built a leading sustainable design practice, but continuing that legacy will require buy-in from the next generation of architects. “I would like the firm to be able to sustain its culture beyond the founders and have it be a place that will continue to prioritize good and effective design,” he says. “Buildings have to be both cost-effective and sustainable, and we’ll continue to focus our efforts there.”

As green building practices become the norm in the Chicago area, Wheeler Kearns Architects is looking to remain a leader in sustainable design through the steady integration of emerging construction methods and techniques. 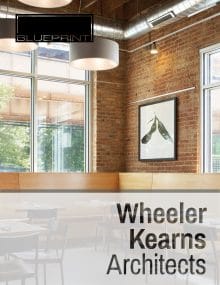