The office of the future does have a future

Vincent Bruzzese can’t predict exactly how or when, but he knows many are returning to their offices and more will, as COVID-19 abates, and a vaccine is developed. 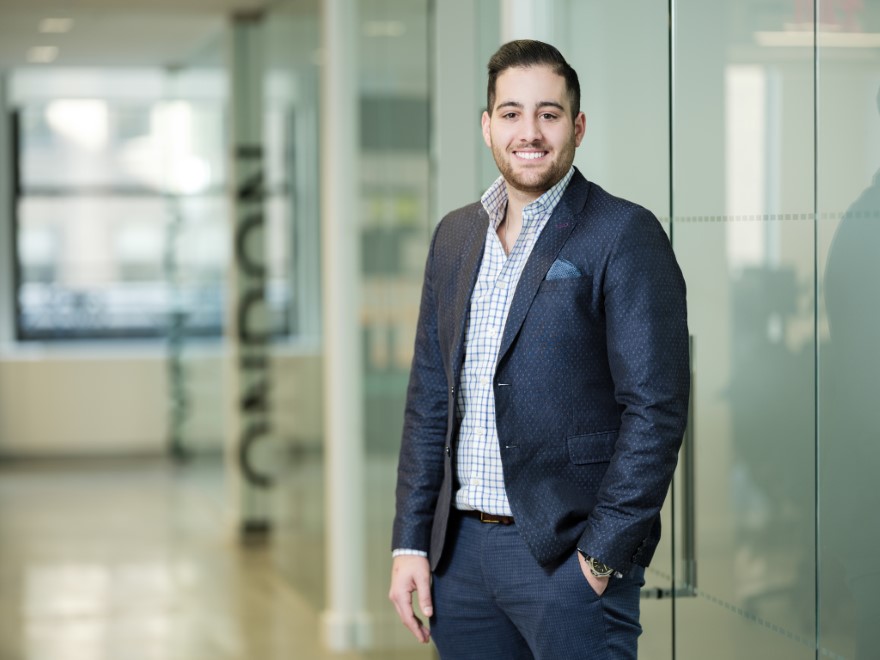 As a director on New York-based Brookfield Properties’ construction team, Bruzzese helps guide interior reconstruction projects throughout the city, most notably at the company’s Manhattan headquarters.

Change came to office landscapes well before the coronavirus pandemic. Cubicles and paneled conference rooms are out and bright open spaces inclusive of meeting areas are in, as are energy efficient lighting and mechanical systems and controls. So, while another day in the office won’t resemble the one from even a decade ago, there will always be another day in the office, Bruzzese says with confidence.

“Personally, and from Brookfield as whole, we’ve heard from our tenants on the need for physical office space and they see the importance of the collaboration it provides,” he says. “We’re certainly still plugging away at construction for our interior projects and we’re planning to start more in the coming weeks and months, too.”

Though its work is global, with development in cities including London, Sydney and Shanghai, Bruzzese focuses on the New York metropolitan area and corporate interior projects. In 2020, he’s kept it especially close to home as Brookfield completed its own Manhattan headquarters revamp in September.

“We’re bringing a new environment to our existing office,” he says. “The overall design differs but it’s still in keeping with the Brookfield way.”

The offices are getting a 21st century look, illustrating how Brookfield continues to master the art of designing and building collaborative workplaces.

Bruzzese says Brookfield is bringing touches to other ongoing projects including amenities like multiple pantries so snacks—and perhaps a blast of espresso—are close at hand for employees.

Whether mandated by local codes or not, the offices are greener as well as being more collaborative. Bruzzese says Brookfield strives to meet all the Leadership in Energy and Environmental Design standards a building may need to capture, including the use of natural light and promoting energy efficiency. These LEED standards, such as occupancy light switches and automated HVAC controls with sensors, are already best practices the company incorporates, he adds. 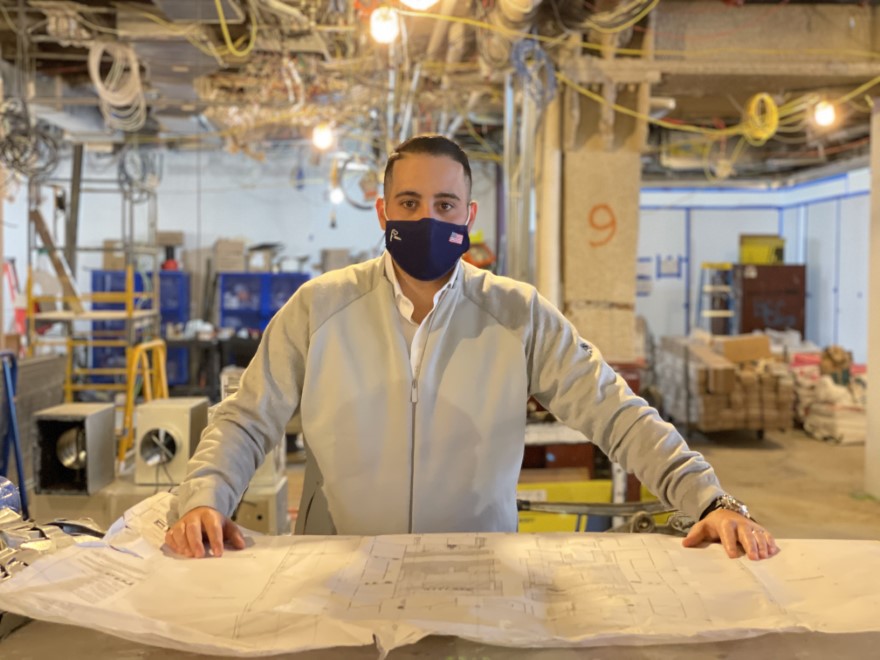 While most projects can be done during working hours, Bruzzese also needs to plan for off-hours tasks. Things like shutting off sprinklers, drilling, welding or anything creating excessive noise can’t be done during Brookfield’s normal 7 a.m. to 3 p.m. workday.

The project shutdowns Brookfield did endure in the spring due to COVID-19 allowed staff to get plans and paperwork ready while securing materials for a fast restart, he says.

Some projects were deemed essential. Those jobs, as well as ones that resumed when shutdowns were lifted, presented changed worksites. Scheduling of trades is already a tricky balance—doing so while accommodating requirements set forth by New York state mandates for personal distancing and safety means more signage, sanitation stations and temperature scanners.

“It makes the sequencing of work a little more complicated, but everyone in the industry likes a challenge,” Bruzzese says.

Building his own career

It’s difficult for him to recall a time when he wasn’t on a construction site. His father was a general contractor and Bruzzese has always been intrigued by how things are put together.

“I always loved seeing how a space could be transformed in months to a brand-new environment people wanted to go back into,” he says. 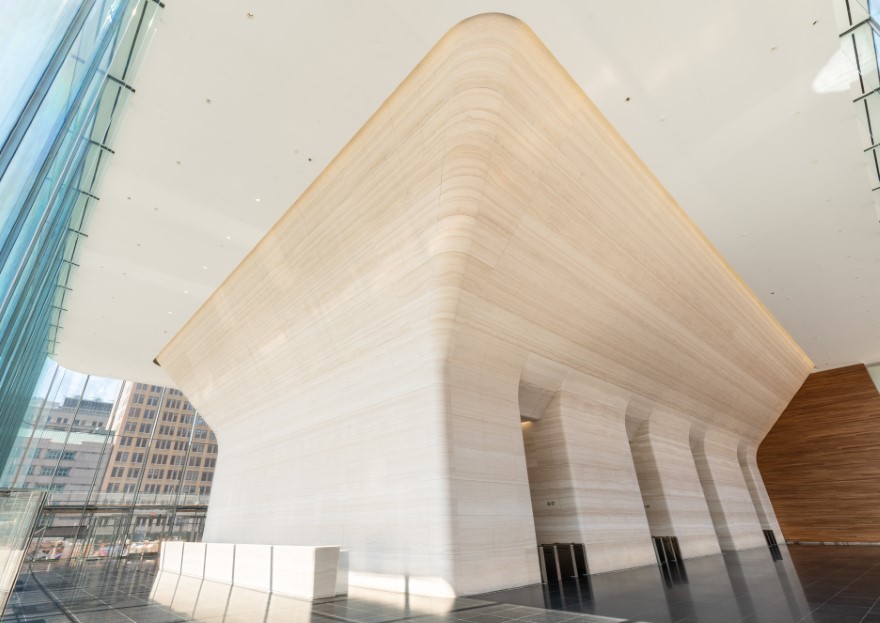 Born in Brooklyn and raised in Westchester County, Bruzzese earned a bachelor’s in marketing and management from Siena College in 2013 and then took finance courses at Fordham University in preparation for the Series 7 exam to become licensed to sell securities.

Prior to those courses he’d been an analyst for a summer at Thompson Global, analyzing various commodities trends, but the construction industry was in his blood even though he’s never worked in the actual trades.

In 2013, he joined his father’s company, Interior Construction Corp., as a superintendent and project manager. The work excited him, as projects ranged from offices in the Empire State Building to Reebok Crossfit gyms and updates to a Ronald McDonald House in New York City, where parents live while their children are hospitalized with serious illnesses. 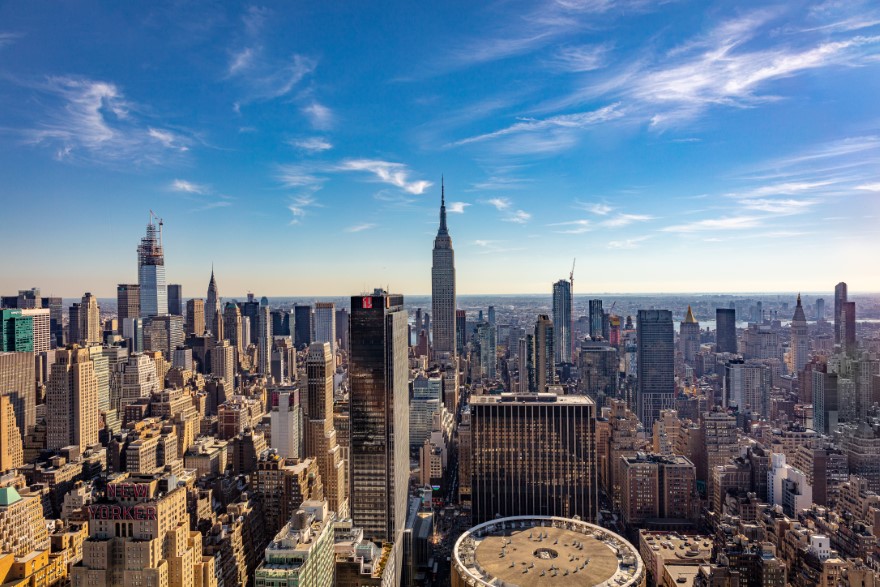 When his father decided to retire, Bruzzese shifted to residential construction and became a superintendent for Legacy Builders in September 2016. He became an assistant project manager for JAS Consulting, a company that serves as owners’ representatives during construction in 2017.

Bruzzese’s next two jobs acclimated him to the evolution of office spaces. As a project manager with the Australian design-build company Unispace, and then as construction manager at WeWork, he took on projects all over the globe while learning to work remotely because of the great distances between jobs.

“The office is never going to disappear,” Bruzzese says firmly. 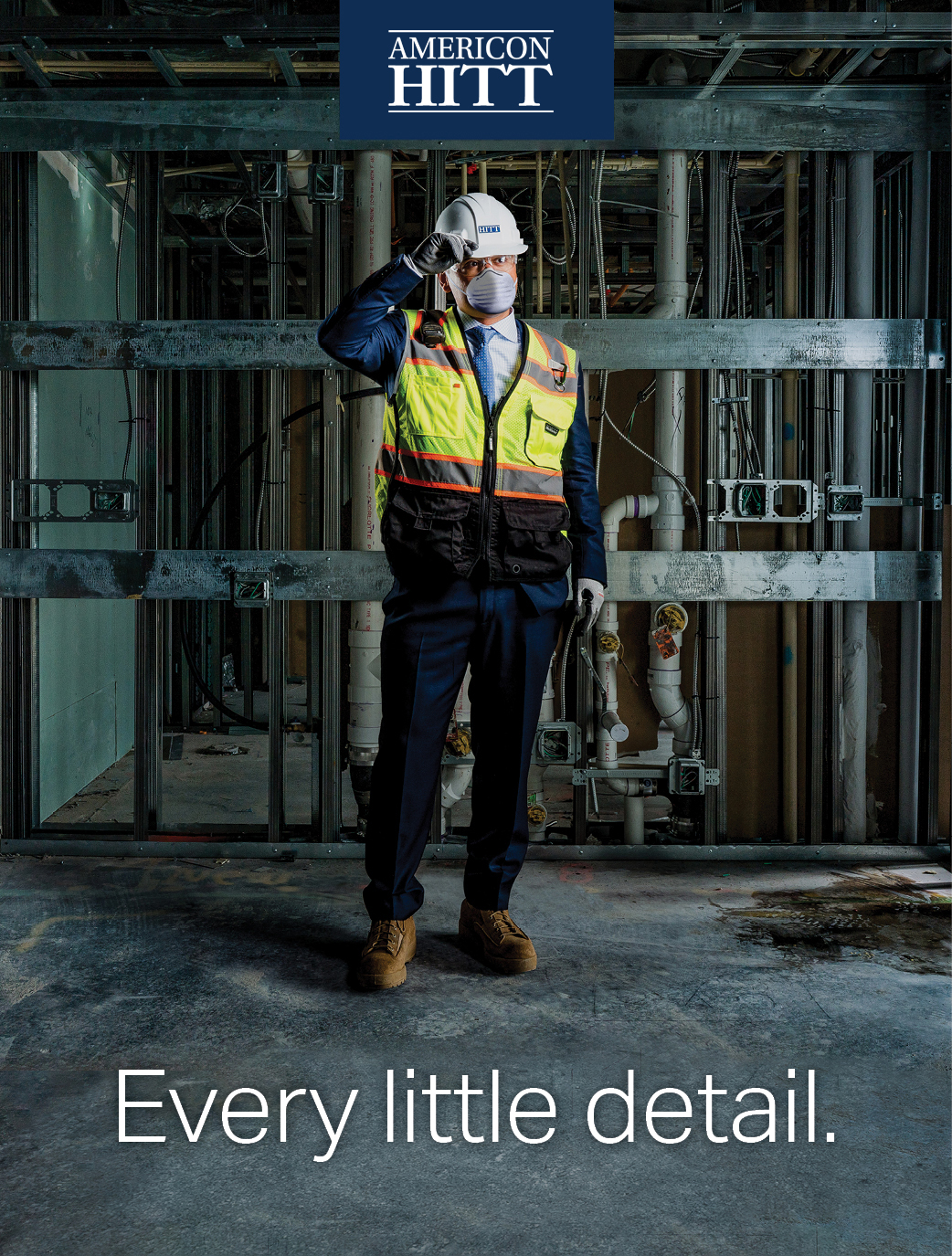