Family values: the brick and mortar of business

The Fernandes brothers, Joe, David, Julio and Victor stood around one another at a family party in New Bedford, Connecticut, when it hit them—the idea that would change their lives.

They had spent years working alongside their father with masonry subcontractors throughout New England. Why not go into business for themselves? They had the experience, the mindset.

“My parents raised us to work hard with dignity, do the right thing every day and when we wanted something we should go for it, so that’s what we did,” says Victor.

For 20 years, the company’s portfolio has grown to include elementary and high schools, offices, assisted living communities and government buildings in New York, Connecticut, Massachusetts and New Hampshire.

Victor, president of the company, says its growth has been driven by a simple philosophy. “Our model is to do the best we can on every job, because when you try really hard and give good quality work, then clients will want to come back to you,” he explains.

68 bricks on the wall

Back in the 1990s, Fernandes Masonry focused on smaller construction projects around the brothers’ hometown. Over the next decade, driven by the brothers’ philosophy, the company slowly gained recognition as a reliable subcontractor that delivers on its promises.

The big break came in 2012, when the company was hired to complete all the brickwork for Franklin High School in Franklin, Massachusetts. It was the company’s largest project to date, and helped Victor and his brothers catch the attention of Turner Construction, one of the largest general construction companies in the United States.

“Our model is to do the best we can on every job, because when you try really hard and give good quality work, then clients will want to come back to you.”

“[Turner] expects high quality service and safety and that has always been our goal, as well. We strive to provide owners with the high-end craftsmanship they are paying for,” Victor says.

In 2013, Fernandes Masonry was hired by Turner to complete a large, private elementary school in Connecticut, and has since completed many commercial projects for the general contractor.

The partnership made Fernandes Masonry the obvious choice when Turner began bringing together subcontractors for Bedford Square, a 110,000-square-foot mixed-use development in Westport, Connecticut.

“There was a great deal of planning and coordinating for this project because the entire job took up four city streets, so there was no room for error,” Victor says.

What’s more, the architects behind the project were combining a colonial style with modern amenities in the hopes of creating a new destination in Westport for tourists and locals alike. This meant Fernandes Masonry had to install 68 different brick shapes to accommodate the design—triple the usual number.

Victor says projects like Bedford Square showcase the timeless appeal of masonry. Because while other products, such as metal panels, vinyl siding or insulated wall panels, might cost less on the front end, they can never match the durability and aesthetic of brick and stone.

“Masonry has been around for centuries, so it’s the best money you can put towards your building,” he says.

When Bedford Square was finished in April 2017, Fernandes Masonry was awarded the Gold STEP Award from the Associated Builders and Contractors of Massachusetts (ABC), an honor that recognizes companies for their commitment to job site safety.

It wasn’t the first time Fernandes Masonry was recognized by the ABC, but “every time we get an award, it’s a nice reminder that we are doing the right thing, and that we should always keep striving to do better,” Victor says.

In June, Fernandes Masonry celebrated 20 years in the industry, and even as the company has grown in size and recognition, many things have stayed the same.

The four brothers still act as equal partners in the business, letting their parents’ work ethic guide their business decisions.

“My father was an immigrant who came over from Portugal when I was a child. He did labor work his entire life, and he and my mother raised us to treat people with respect, and you will be respected,” Victor says.

The importance of family is something Victor and his brothers still hold dear and try to impress upon their employees.

“The family bond is rare to see today, but no matter what, we always take time to have a meal together because those are precious moments. Nothing is like family—that is how we were raised and how we hope to keep everything going,” he says. 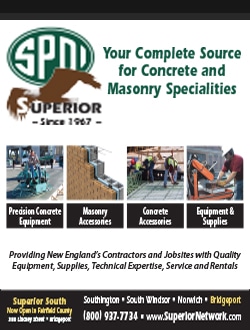 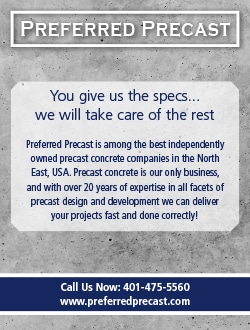