You’re living and working in Boston, and your building’s hot water system has malfunctioned or failed while you were at the office. But you don’t know this, and after your long day and the trip home on the T, you arrive ready for a hot shower. 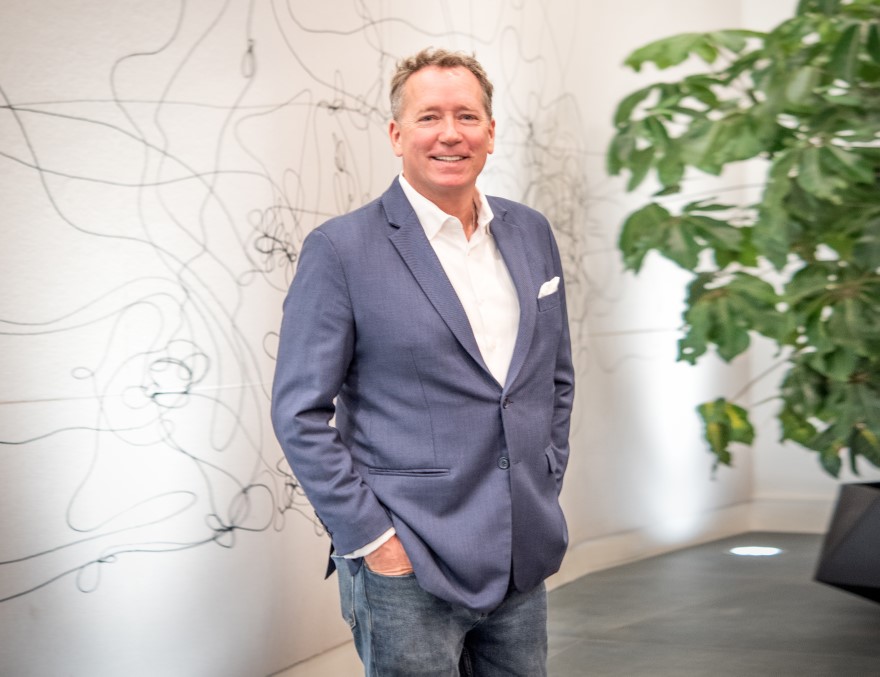 Thankfully, you’ll have one because while you were working, a remote electronic system managed by Bill Kasper’s Urban Property Management Co. was alerted to a system malfunction. Within minutes, repair staff were sent to fix the problem.

This is just the type of service residents get—and expect—from Boston’s high-end luxury condominium management company founded by Kasper in 1992. As president, he ensures operations run smoothly by heavily investing in technology to safeguard top services.

“Efficiency is everything,” he says. “I’ve always been the type of person to answer the question before somebody asks it. It’s rewarding to be able to tell people that you’re constantly looking out for them. It builds trust and confidence.” 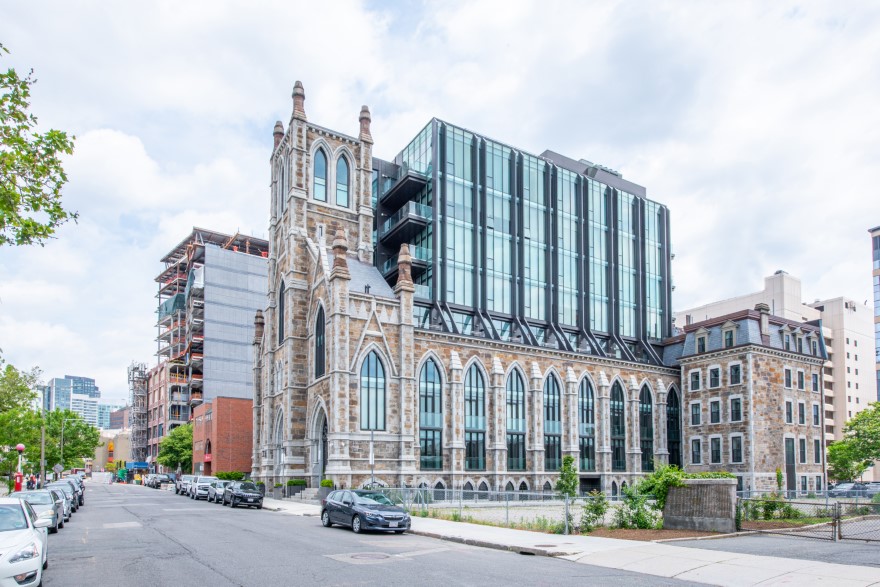 If heating and cooling systems operate outside of established parameters, for instance, or should hot water start to drop in temperature, Kasper says he is notified in real time. He’ll know from viewing the data if it’s a simple fix or if he needs help from a specialist vendor. But it’s not just new buildings that can stay ahead of the curve with technology; older buildings benefit from retrofits of updated sensors with remote access.

“They work amazingly well, allowing us to detect and respond when something’s starting to age internally,” he adds.

Meanwhile, back at the office, these building systems are monitored and managed around the clock through mobile-enabled alerts, sending notifications to staff based on tailored considerations.

“We can track a problem from anywhere,” he says, pointing to building management processes that follow internal procedures and relay updates. 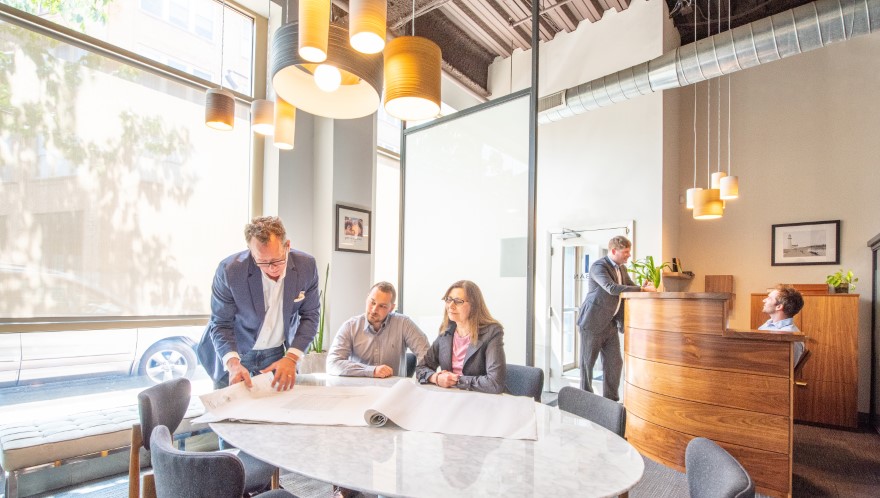 When a swift response is required, staff experience and knowledge of multiple technology platforms come in handy.

“It’s almost like we’re on-site all the time, even though we could be across town,” Kasper says. “It definitely makes life easier for us and spares our clients distress and budget concerns.”

This attention to technology as a management assist tool requires a robust network infrastructure and he’s taken preventive measures with Urban Management’s internal data and communication systems to ensure both security and availability. Measures such as credentialed access, firewalls, redundant backups, and remote storage in multiple locations ensures staff can respond and keep that hot water flowing. 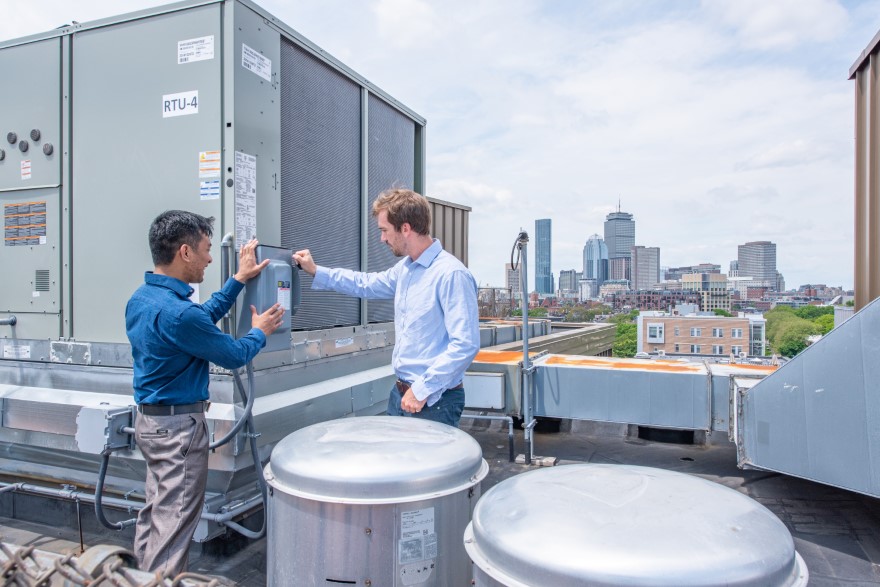 Of course, the major investment in discovering new applications and implementing these services is time. That means research and figuring out how everything works. But integration of these tools is worth it, Kasper notes.

“If you don’t embrace technology, you are set back from the start,” he says. “Take the time to learn all about it and it will treat you well.”

Two recent additions to Urban Property’s portfolio are prominent, adaptive re-use, high-rise projects, a tip of the hat to the city’s rich history.

One is The Lucas in the South End, an eight-story boutique condo that opened in 2017, converted from a vacant 1874 Greek church. The second, opened in 2019, is The Boulevard Boston, a downtown property overlooking the Rose Kennedy Greenway and featuring the city’s first fully automated robotic parking garage. Again, tech is prominent. 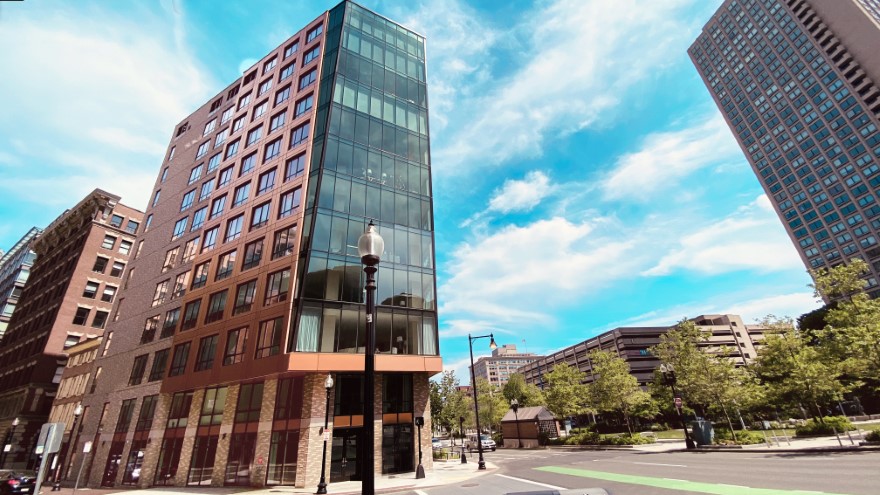 “You can let yourself into the building, control the window blinds, television and security systems all from your phone,” Kasper explains.

The Boulevard’s parking system features a four-level garage, serviced by an AGV (automated garage vehicle) that moves vehicles effortlessly to their destination based on an analysis of residents’ life patterns. Cameras and enhanced access controls monitor the process while staying true to historic guidelines.

Working with Urban for more than a decade is Kerry S. McLean, president of Duggan Mechanical & Plumbing Services Inc. in Canton, Massachusetts.

“Their professionalism is what we noticed the first time we started working with them—and it’s something we identified with as well because DMPS also strives for the same type of professionalism,” McLean recalls. 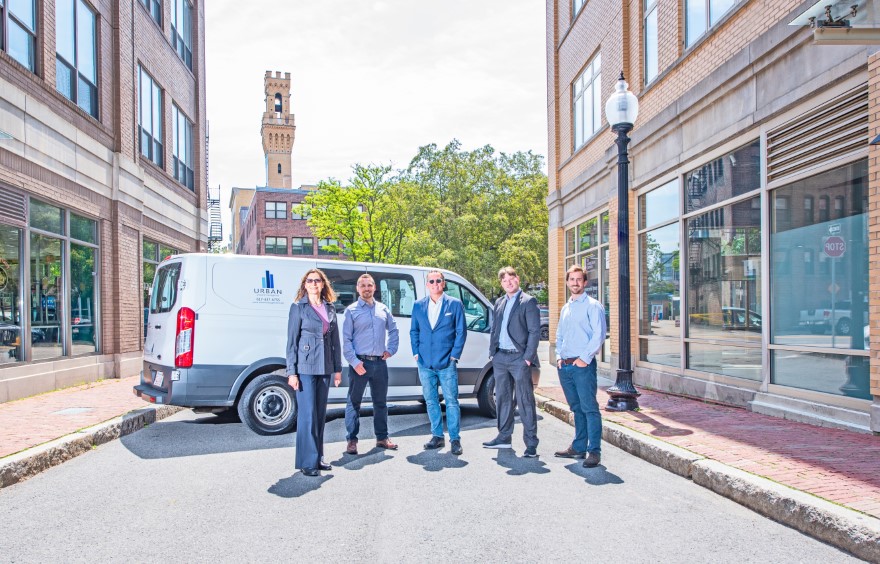 McLean says he and Kasper also share a similar goal of building relationships with customers and working together as a team.

“Urban does the same thing with their customers as well as their vendors, and we recognized that right away,” he adds.

According to McLean, DMPS has helped Urban with severe emergencies when buildings lost their heating, cooling or hot water. McLean says he’s also worked with Urban on budgeting plans, projected out up to seven years, to watch the trends on the longevity of building equipment. By using rebates to install more energy-efficient equipment, there’s a lower cost to the end-user.

“Sometimes customers forget that the mechanical equipment is the lifeblood of their building. That’s why we’re there,” Mclean says.

Kasper didn’t have to look far to find inspiration in his career. His hometown was filled with opportunity.

He started in brokerage, selling and renting properties until the market crashed in 1991. He then became involved with construction work, and got his contractor’s license the same year, calling it “the best thing I ever did,” because of the deep knowledge base it offered—one which he builds on today.

By 1992 Kasper had opened his own office in Cambridge, focusing strictly on condo management. 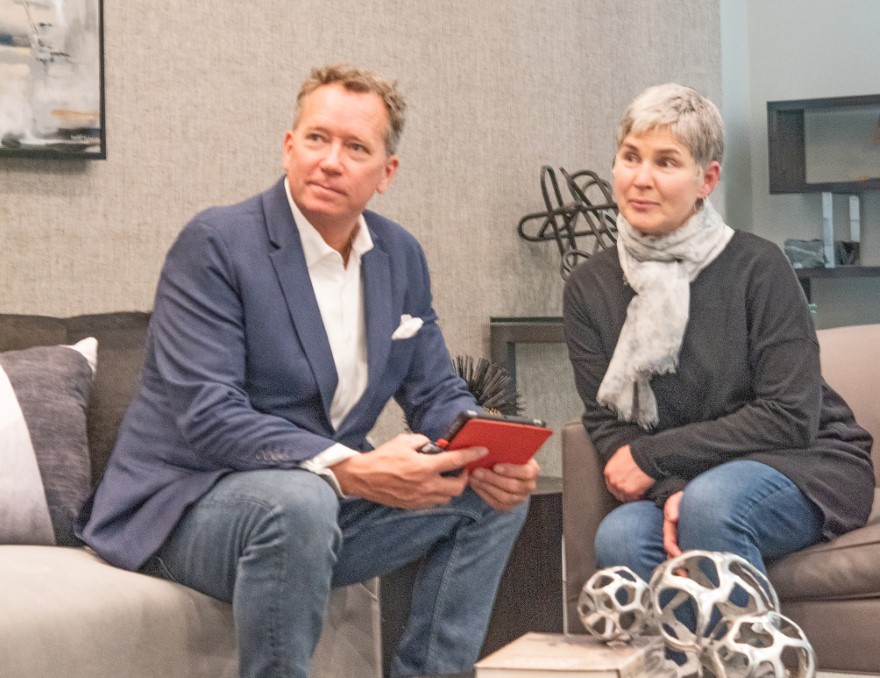 “It was perfect for me. I had a lot of connections and business took off,” he says.

His parents, Bill and Charlene, also happened to be in the development and property management industry. When his father was stricken with cancer, Kasper assisted him and eventually took over operations after his father’s passing in 2003. Together they developed a deep-rooted network of quality and continuity in a city they both loved, he says. Ten years later, he acquired Chamberlain Property Management, tripling his portfolio of period bowfront, brownstone and mid- and high-rise properties.

Certainly, that loyalty from colleagues and clients sustained the business during the COVID-19 crisis. The virus hitting the city hard, Kasper jumped into action in January as an essential business, bulking up on specialized disinfectants and installing hand-sanitizing stations and employing remote surveillance techniques to keep things safe.

“We were blown away how bad things became,” Kasper adds. “Our focus was to look out for each other and make sure everyone’s protected. It was essential.”

categories: Building for the Future, Residential 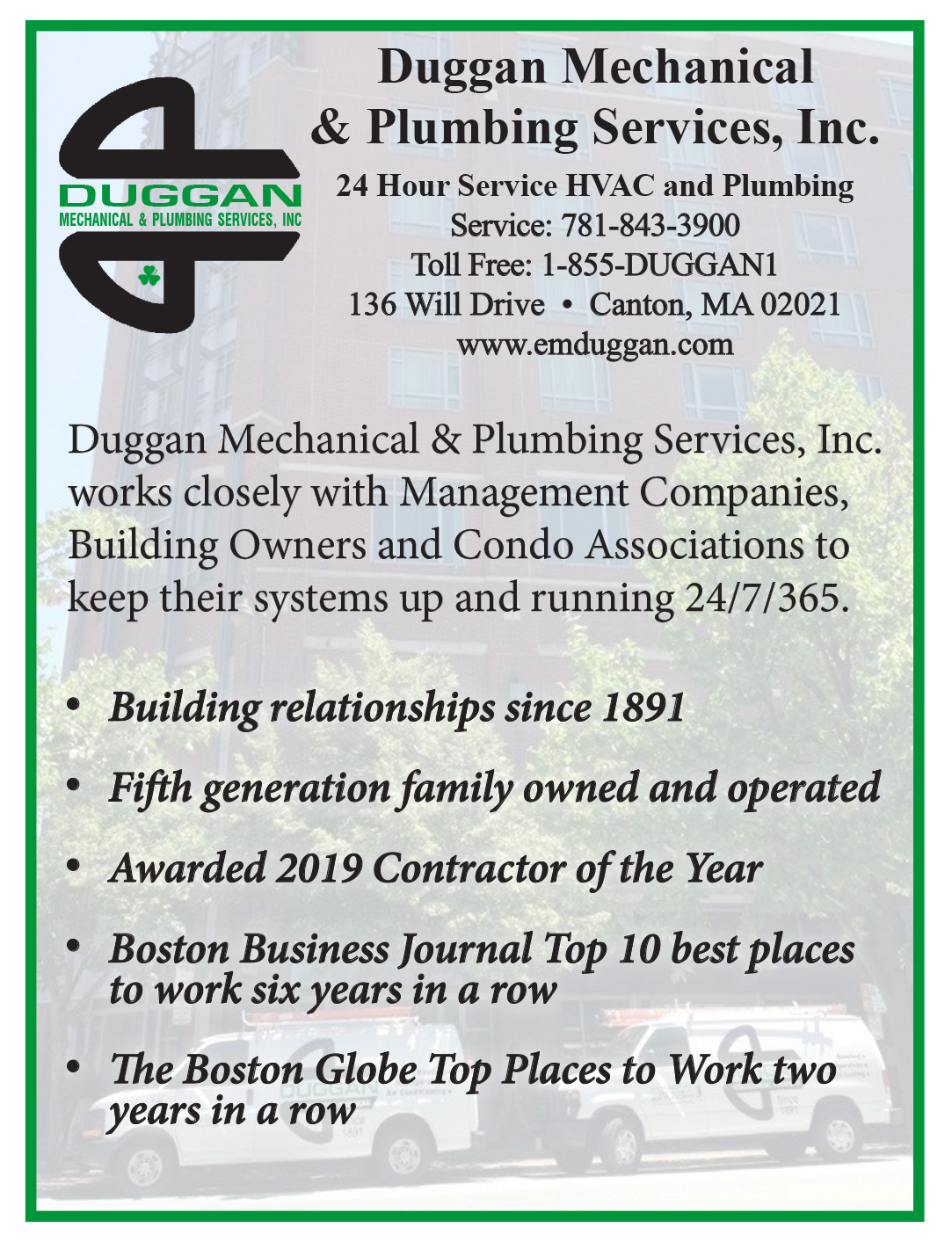 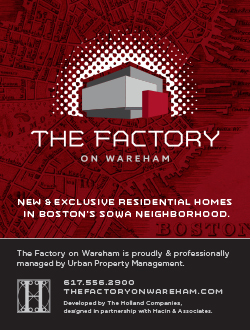 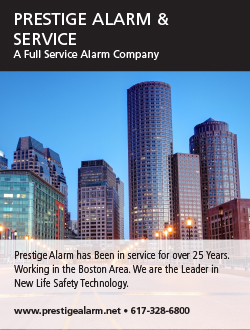 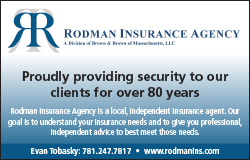 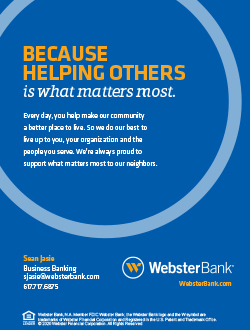