Supporting work that is too important to fail

These days, there’s a certain comfort in taking medication, knowing that whatever went into the bottle adheres to the rigorously tested standards from United States Pharmacopeia. Improving global health through public standards and related programs that help ensure the quality, safety and benefit of medicines and foods is the mission of this Maryland-based nonprofit, currently celebrating its 200th anniversary. USP’s work is just as important now as it was back in 1820—especially during the COVID-19 pandemic, says Travis Kowalke, the organization’s director of facilities.

To keep lab operations running, Kowalke has taken on several multimillion-dollar projects to improve the testing and research capabilities at the famed organization.

“We’re reimagining the operations,” Kowalke says. “By looking toward the future, we can pave the way for the organization for its next 200 years of service to the public.”

Out of ‘The Jungle’

USP began in the Old Senate Chamber in the U.S. Capitol Building in Washington, D.C., with a team of 11 physicians who aimed to set standards of consistency and safety for medicine dispensed to patients.

Largely an organization comprised of scientific experts located around the world, working collaboratively with volunteers, USP’s work focuses primarily on setting quality standards and testing processes for medicine and food ingredients. Today, its symbol is known around the world, as seen on dietary supplements that participate in USP’s verification program. 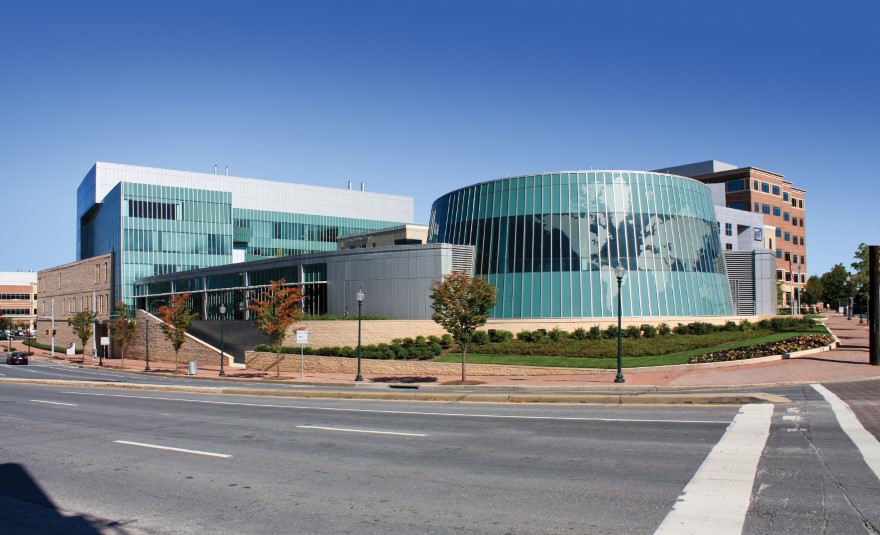 As Kowalke explains, the work of the organization was further heightened in 1906 with the publication of The Jungle, written by muckraker journalist Upton Sinclair. Through his undercover efforts, Sinclair exposed health and safety violations in Chicago’s meat industry, leading to reforms including the Meat Inspection Act. This only solidified USP’s drive to push harder for standards.

The organization’s work has continued unabated. Just two years before the COVID-19 crisis surfaced, Kowalke says USP was already modifying its business model to adapt to future crises by putting its testing and research capabilities under one roof and increasing its packaging capability.

“We positioned ourselves to maintain peak efficiency of operations, and just completed this project in March,” says Kowalke.

Despite reducing its facility space, USP has been able to operate efficiently and safely throughout the pandemic. More broadly, it’s set itself up for long-term enterprise risk management policy initiatives such as disaster recovery, product storage, raw material procurement, and production redundancies, ensuring continued operation in the event of any interruptions.

According to Kowalke, the organization recently completed work on the first of two laboratory improvement projects, both of which began in the summer of 2018.

The first—a lab and disaster recovery site in nearby Frederick, Maryland—was a $7 million expansion to improve the mechanical systems and build out additional production rooms for the packaging and distribution of reference standards and more. 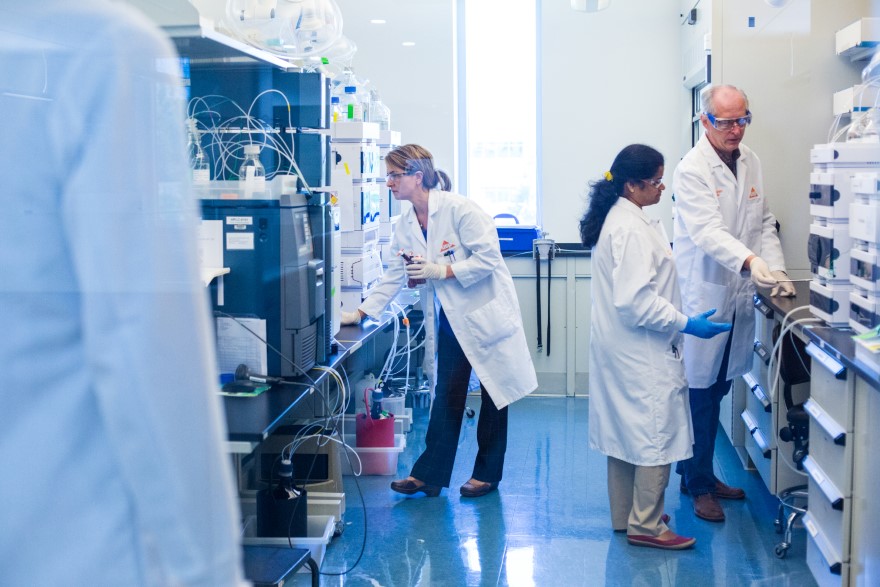 A compendium of drug information—product “rap sheets” that include all active ingredients that go into medicines, including a pharma “cookbook” clarifying how each drug is manufactured and mixed with others—is created through the efforts of volunteers, including leading scientists.

“This helps people know exactly what goes into a medication and helps ensure that medications and their equivalents (generics) meet the same quality standards,” he says. “USP’s mission plays a part in the fight against COVID-19.”

The existing Rockville site is home to an $8.5 million project consolidating two labs into a 17,000-square-foot lab located in USP’s headquarters that will eliminate the need for one of the three current locations in Rockville.

The lab will accommodate up to 60 scientists and will be flexible in that it can be used for many laboratory functions. Many very advanced pieces of laboratory equipment will operate in the space.

Part of the process for both sites involved modifying HVAC systems to ensure the labs could maintain extremely low humidity conditions in multiple rooms and constructing adjustable rooms for a variety of testing and packaging of products. Other upgrades include enhancing operations with video conferencing and lowering utility costs. 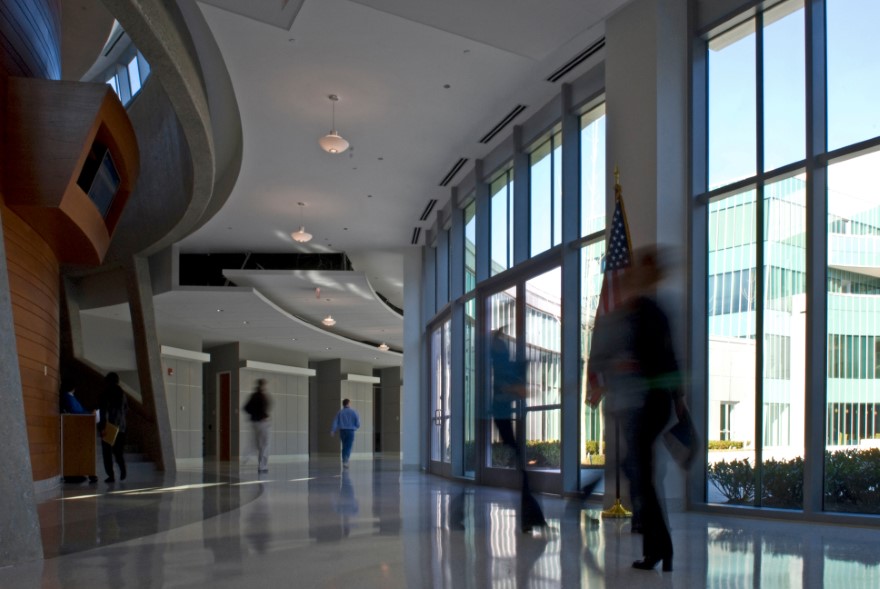 An additional $10 million in construction work—including an office expansion, lobby renovation and low-humidity laboratory—is part of a five-year strategy to upgrade technology and business practices. Started in Fall 2019, the work is being completed with the help of Project Manager Leyla Pimenta, who came on board to assist Kowalke in September of 2019.

Despite the COVID-19 crisis, the company—considered an essential business—is operating normally by rotating 150 essential personnel into the office in shifts.

“Together we’ve completed a lot of this work that is critically important to our operations,” Kowalke says.

Teamwork like this is what drew Kowalke to USP in 2018, driven by the opportunity to work for a company that helps set impactful health standards domestically and abroad.

Learning from scientists, he’s been able to work with regulatory authorities in multiple countries and other USP teams, including those in India and China, to set facilities standards for other countries to use. 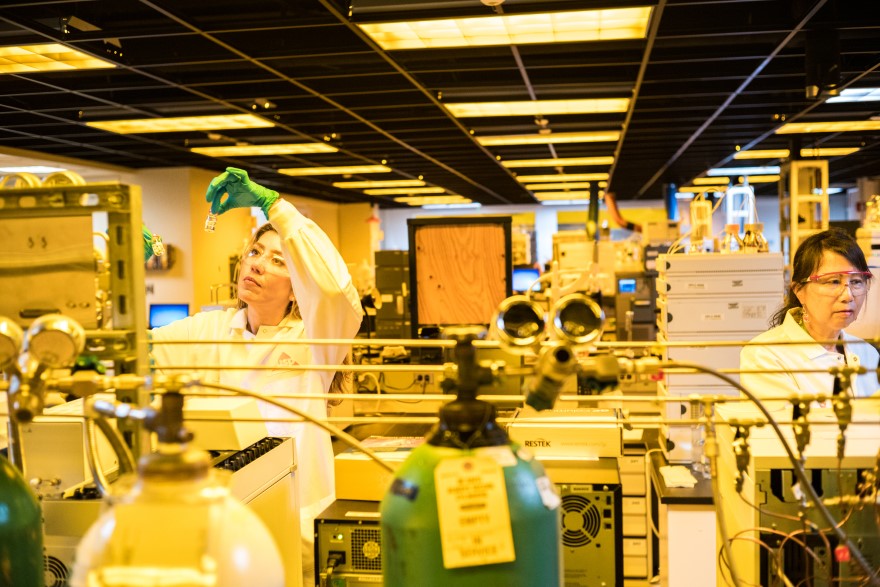 “We’re all committed to quality,” Kowalke says. “If I can become an expert in the field—especially on a global stage—then I know I’ve done everything I can to set myself apart and raise the standard of the company worldwide.”

The work, Kowalke says, is inspiring and purposeful. The world’s top scientists and medical experts volunteer their time, sharing their work and knowledge with far-flung territories that otherwise would not have access to the same level of medical standards for pharmaceutical drugs.

“With our work, we strive to eliminate the lack of trust and fear of foods and medicine that may exist by helping other governments establish their own standards or by adopting USP’s,” he explains. “We work to empower them and help provide training so they may benefit from having access to safe and beneficial medications and foods.” 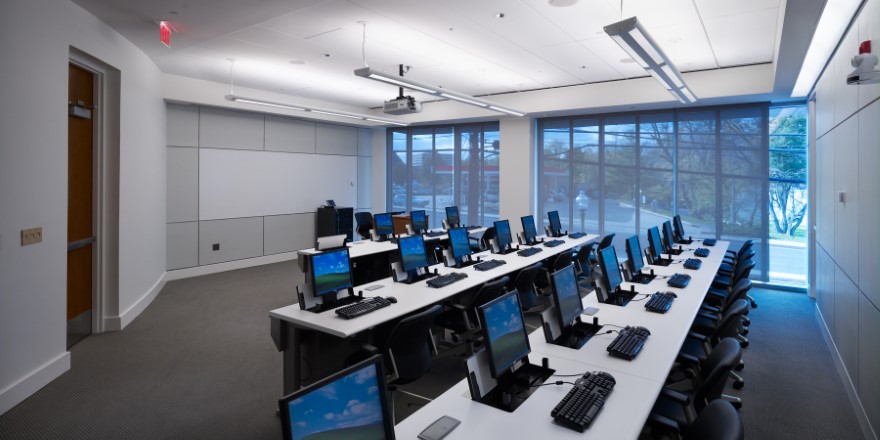 While organizations such as the Food and Drug Administration and the World Health Organization take on regulatory and policymaking roles—including everything from medications to foods and vaccines—USP offers a consistent and supportive role.

According to Kowalke, that collaborative approach creates trust in the industry to help maintain and support public health.

“The work we do is too important to fail,” Kowalke says. “Without the standards, testing and working relationships required, we wouldn’t be in a position to make a difference.”