School district COO brings pizazz and practicality to his role

Each Friday night during football season in Texas, high school athletes take to the field before thousands of spectators, often in stadiums that cost tens of millions of dollars.

It’s a tradition that began before football helmets had face bars—and  for the Clint Independent School District high schools around El Paso, it just got a little better. In the 2022 season Clint, Horizon and Mountain View high schools became the first in the area to incorporate a light show, triggered on demand for exciting plays such as touchdowns.

In addition to adding pizzazz, the new lights that create the display provide energy savings—they’re LEDs—and are being installed throughout the district’s athletics facilities, as is new field turf. 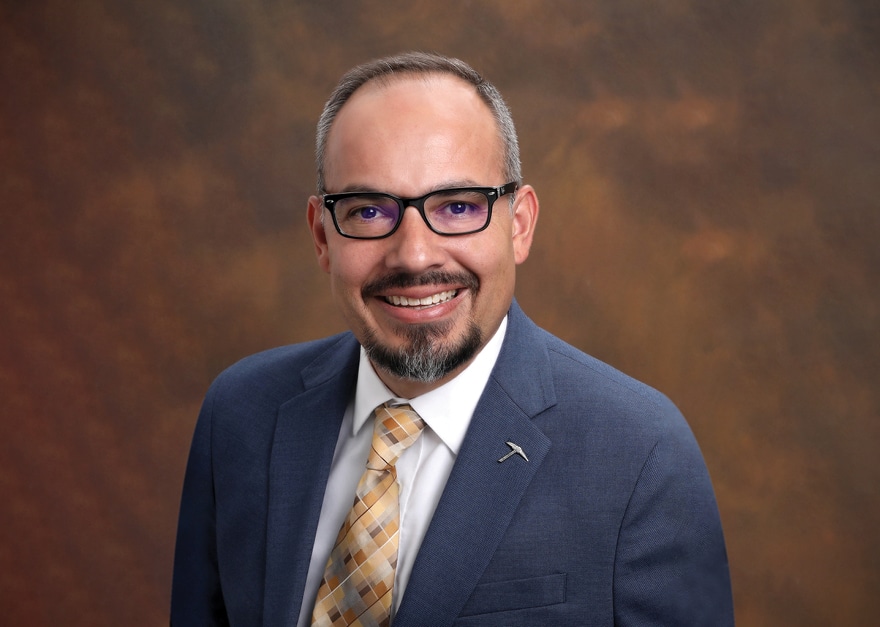 As the district’s chief operations officer, Tony Prado is overseeing the continuing lighting upgrades. Since becoming the district’s director of facilities and construction in June 2021, (he was promoted to COO in July 2022), he’s also led projects to improve air quality and the physical appearance of schools throughout the district.

Prado joined CISD after serving as principal of Fabens High School, which is one town over from Clint. He’s been a math teacher and administrator in El Paso-area schools since 2005.

“When you’re in education, the number one thing to always ask yourself is how it will benefit students,” he says. “This new role is no different than as a teacher or campus administrator. It’s about looking at how things benefit everyone, including the community.”

Clint Independent School District is about 25 miles east of El Paso and includes the town of Clint, the city of Horizon and the unincorporated town of Montana Vista. Encompassing 14 schools and 10,555 students, the district employs 700 teachers and 1,670 full-time staff.

Prado is overseeing some projects inherited from his predecessor, former facilities director Sandra Odenborg. That work includes the upgraded lights at athletic facilities, as well as ongoing improvements to Horizon High School.

However, Prado has taken on new initiatives, such as installing new football turf that can reduce on field heat and player injuries, as well as ongoing LED lighting projects at athletic facilities, with encouragement from Clint ISD Superintendent Dr. Juan I. Martinez. 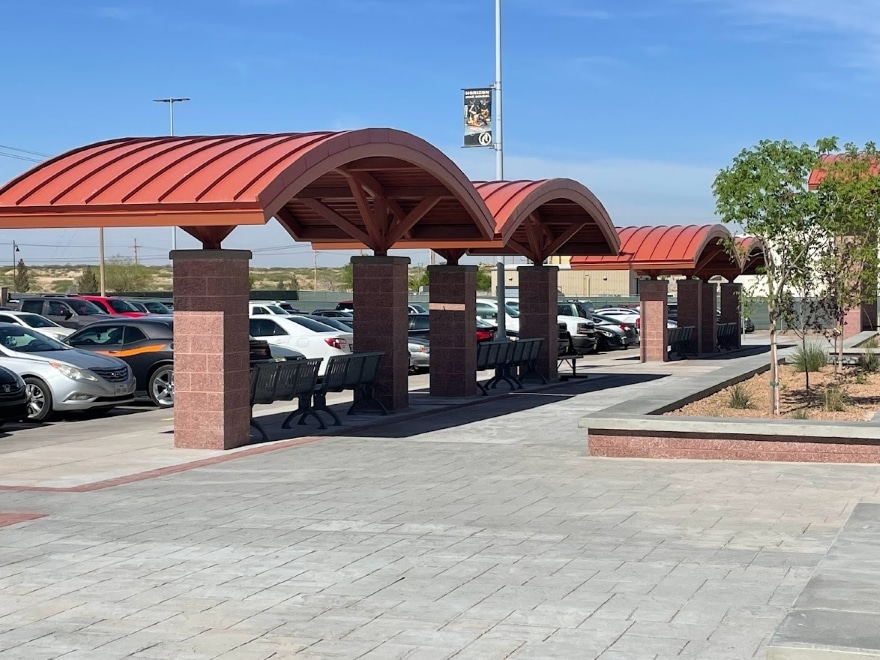 While overseeing work at Horizon High School, such as adding a field house, renovating locker rooms and converting a weight room to a wrestling room, Prado is also adding touches based on his experience as a teacher and administrator.

For instance, he’s added front landscaping planters instead of rock and fencing—an idea he says came from his days as a skateboarder because ledges or curbs are well suited for skate tricks. The addition of upscale benches, picnic tables and charging stations give the area a college vibe as well. Several illuminated signs also serve as “beacons of pride for the campus,” he says.

Prado has also helped the district improve air quality at schools and offices through the installation of air ionization systems. While they cost around $1 million, these systems neutralize virus particles, including those from COVID-19, and are worth the investment, he says.

New flooring and furniture were installed in the first-floor cafeteria that was once a gym to create a college-like atmosphere, Prado says. On the second floor, the school is getting a new college counseling suite with two offices. The area will also be updated to include a central space where students can work on applications for college and financial aid. 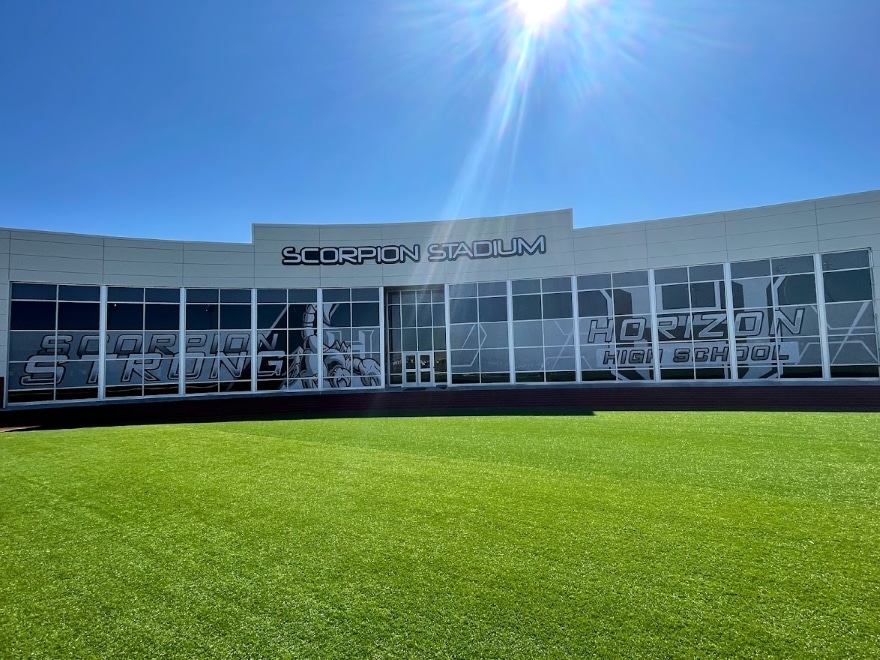 Installing LED lighting at Clint ISD’s baseball and softball stadiums will be done in summer 2023. While cost savings haven’t been calculated yet, Prado says adding stadium lighting will allow student athletes to play ball at night, so they won’t have to be dismissed early from school for games.

Initiatives to save energy and improve air quality are strongly supported by Martinez, but Prado says a current project to upgrade HVAC units at a couple of campuses has been slowed by supply chain issues.

“When you look at Clint ISD’s facilities, it’s a testament to everyone’s hard work,” Prado says. “There are so many angles, especially in safety and security, and people don’t realize the delays on projects because of the pandemic.”

Though Prado has worked as an educator and an education administrator for most of his career, he also has an engineering background. The El Paso native earned a bachelor’s degree in metallurgical and materials engineering from the University of Texas El Paso in 1999 and worked in Texas state government before becoming a math teacher at Austin High School in El Paso in 2005.

By applying his engineering experience, Prado found he could make lessons practical and reach students. In his time at Austin High, he helped grow the school’s calculus program from two students to two full classes.

Prado also had success working with his peers and began coaching them while leading the math department. In 2011, he earned his master’s degree in educational administration and leadership from UTEP. In 2013, he was named assistant principal at Andress High School. 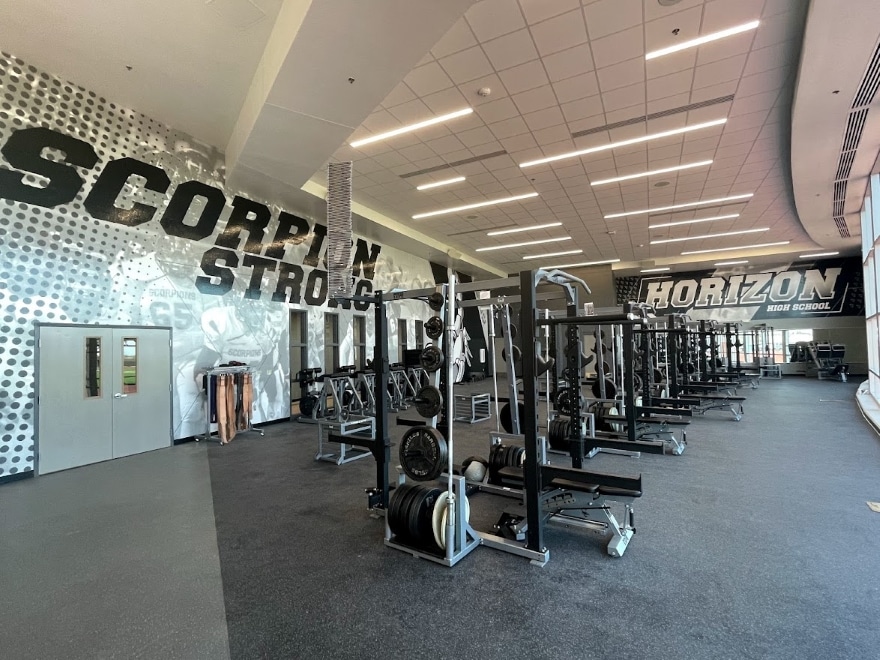 Prado moved on to Canutillo High School, north of El Paso, in 2016. After serving two years as principal at Fabens High School from 2019 to 2021, he joined CISD.

He says he changed from administration to facilities management because CISD takes an innovative approach in technology and education, and he enjoys providing district-wide support.

“Dr. Martinez’s vision for the facilities and his attention to detail and fiscal responsibility sets us up for success,” Prado says. “I get to do things principals and campus administrators only dream of. I can get them in motion and make them concrete.” 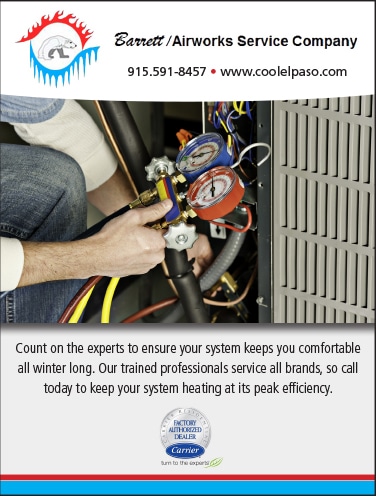 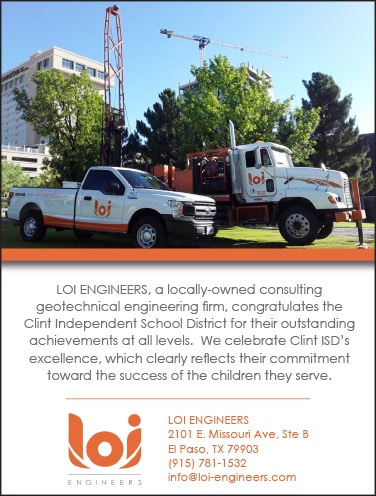 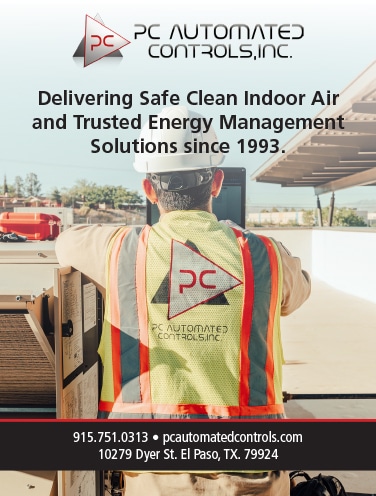