Booking on the future of facilities management

Tucked away on islands and small inland towns, some libraries are barely bigger than a living room, while others are almost twice as large as a retail store.

More than places to get a book, they’re education hubs, community centers and places to gather. 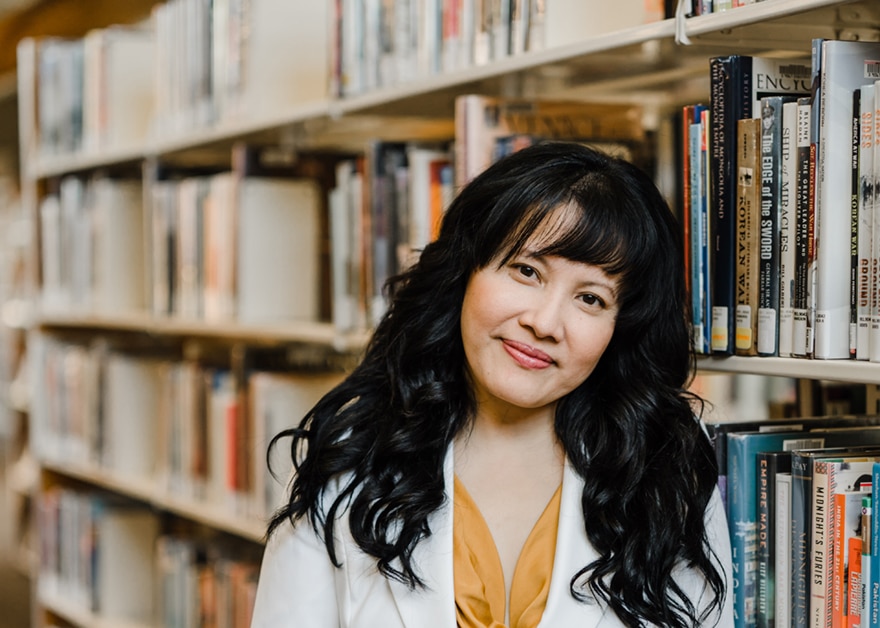 Yet to fulfill these many roles, the Sno-Isle Libraries system north of Seattle needs to be a well maintained haven, and that’s the territory of Tona Khau, the system’s facilities specialist. Contrary to the perception that the role is purely about maintenance, Khau uses her role to mentor  people interested in pursuing a career in facilities management that is, when she’s not en route from islands in the Puget Sound to small inland towns tucked into the woods of the Pacific Northwest.

“People don’t understand what facilities management is. They see our role as just providing maintenance. That is only one aspect of our work” Khau explains. “We have to be able to communicate and deliver projects, build and maintain relationships, provide contract and vendor management and much more. It’s a very nuanced role.”

The Sno-Isle Library system was established in 1952 and consists of 23 community libraries, a service center and a mobile library spread through Washington’s Snohomish and Island counties.

This refresh project for the Sno-Isle Libraries Service Center, the administrative building for the library system is an all-hands-on-deck job, Khau says as she manages the phases of the project. More than giving a fresh look, the project will consist of installing new carpeting and luxury vinyl tile, and building new offices and a new conference room, and moving staff. It gives the opportunity to redesign where departments are sited in the building. This project is slated to be complete by Dec. 31, 2019. 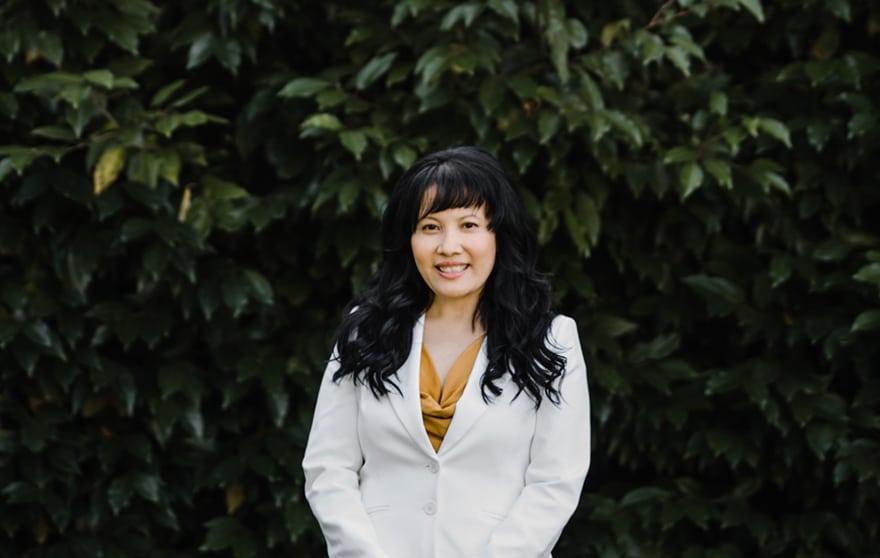 The Sno-Isle Libraries system have previously tapped into data collected on library use in making decisions about  the Mariner and Lakewood-Smokey Point library improvement projects which were completed two years ago.

The data showed changing trends and demographics, and steady popularity meant laptops using wireless internet connections were installed at Mariner instead of hardwired desktop computers. The Lakewood-Smokey Point Library, in an area where the population is burgeoning, features a “laptop bar” where visitors can sit on stools at tall tables and access computers or laptops via Wi-Fi, for a coffee shop-like experience.

“I was surprised myself when I started working here; the library is thriving,” she says. “Millennials are using it and the reason why people continue to come is because we provide different resources and tools. In addition, it’s a space where people can think, meet, work and create.”

As the system’s offerings and roles evolve, Khau says it does affect planning and renovations, because it is not all just bookshelves anymore. Libraries are equipped with Wi-Fi and offer computers for use, while attracting younger patrons with story times.

“We have a lot of online and electronic resources; it frees up space and we can get more creative,” she explains. “When we plan the space, we look for the best areas for collections, but also what kind of tile or carpet is best for certain areas, and where there will be cubicles or open space.”

For ongoing maintenance, the facilities team relies on an automated system that alerts it to malfunctions in areas like HVAC.

“We have one of the most advanced analytics, energy management and automated fault detection and diagnostic systems, which optimizes building performance and reduces energy consumption,” she says. “This system pinpoints where faults are occurring and allows us to take immediate action.”

Other maintenance is simpler and climate-related, as the Pacific Northwest climate may not be as severe as other regions, but it is damp, Khau says. 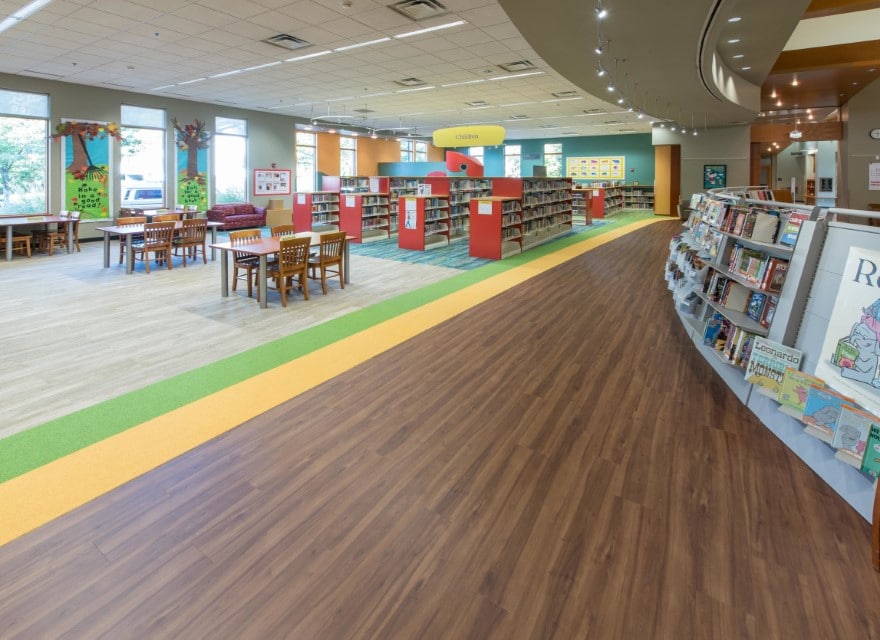 “We do get a lot of rain, so we have a quarterly roof gutter cleaning program,” she adds.

Yet the community libraries in the Sno-Isle system do have one advantage more urban systems may lack because the buildings are all one-story, compliance with the Americans with Disabilities Act is easier. There’s an occasional need to clear ice and snow from walkways and parking areas, but that is as much about ensuring safety for all patrons, Khau says.

In 2012, Khau was working in technical services for the library system. That was when she was asked to take on a couple of facilities projects and she found a career calling. To fulfill that calling, she began taking classes for needed certifications, which in turn, opened her eyes to the value of mentoring.

“I kind of stumbled into it. I guess it just took off,” Khau says.

She took the courses for her professional development at the University of Washington, meeting two instructors who became her mentors. That was how she was introduced to the Seattle chapter of the International Facility Management Association. 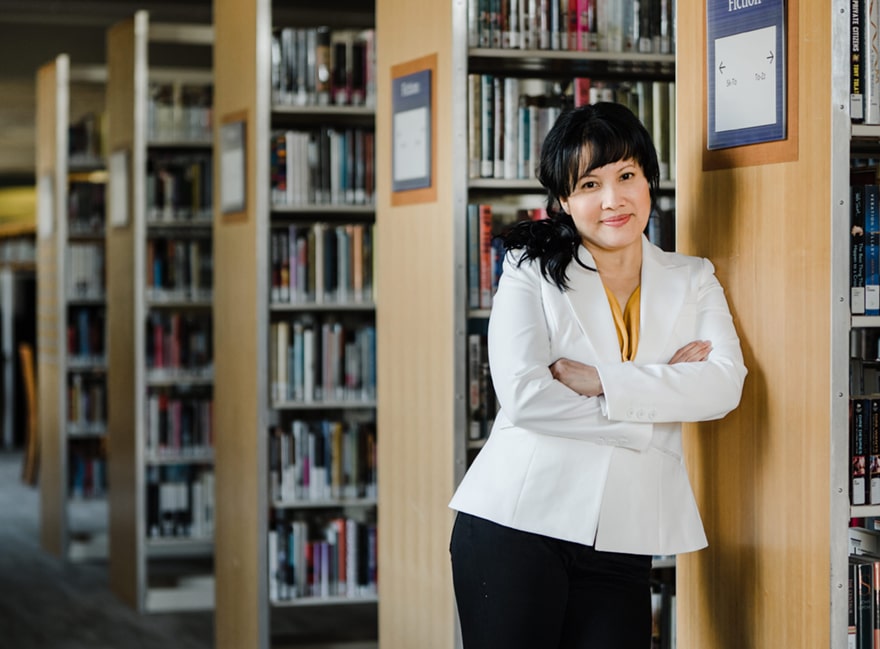 Eventually, she became certified in facilities management from the IFMA and the University of Washington, and after joining the IFMA she became the chapter’s vice president. In that role, she oversees the committees for the board, brings in speakers to talk about facilities management and has developed a network of contacts. Khau is also an advisory board member for the University of Washington’s Facility Management Program.

When not writing articles or appearing on podcasts about facilities management, Khau owns and manages several properties, writes poetry, enjoys hiking, playing tennis and traveling. Yet she says her favorite part of any day is spending time with her 2-year-old nephew—that and meeting up with people looking to develop a career in facilities management—women and young people in particular.

“I define success by making a difference in the world,” Khau says. “I work hard to raise the visibility of the facilities management industry.”