Walking around Wellesley College’s campus just outside of Boston, students have been treated to a pastoral landscape that has changed little since 1875. Stone and brick buildings are nestled between groves of woodland trees and winding paths hug the shoreline of Lake Waban.

That made the redevelopment of Science Hill—including a new redesign of historic Sage Hall—both a challenge and a celebration, says Wellesley College’s Associate Director of Construction Tim Singleton, who is working alongside his boss, Director of Planning Design and Construction Michelle Maheu. With a growth of science majors at the Massachusetts women’s college—particularly in physics—the college needed modernized space for student research. 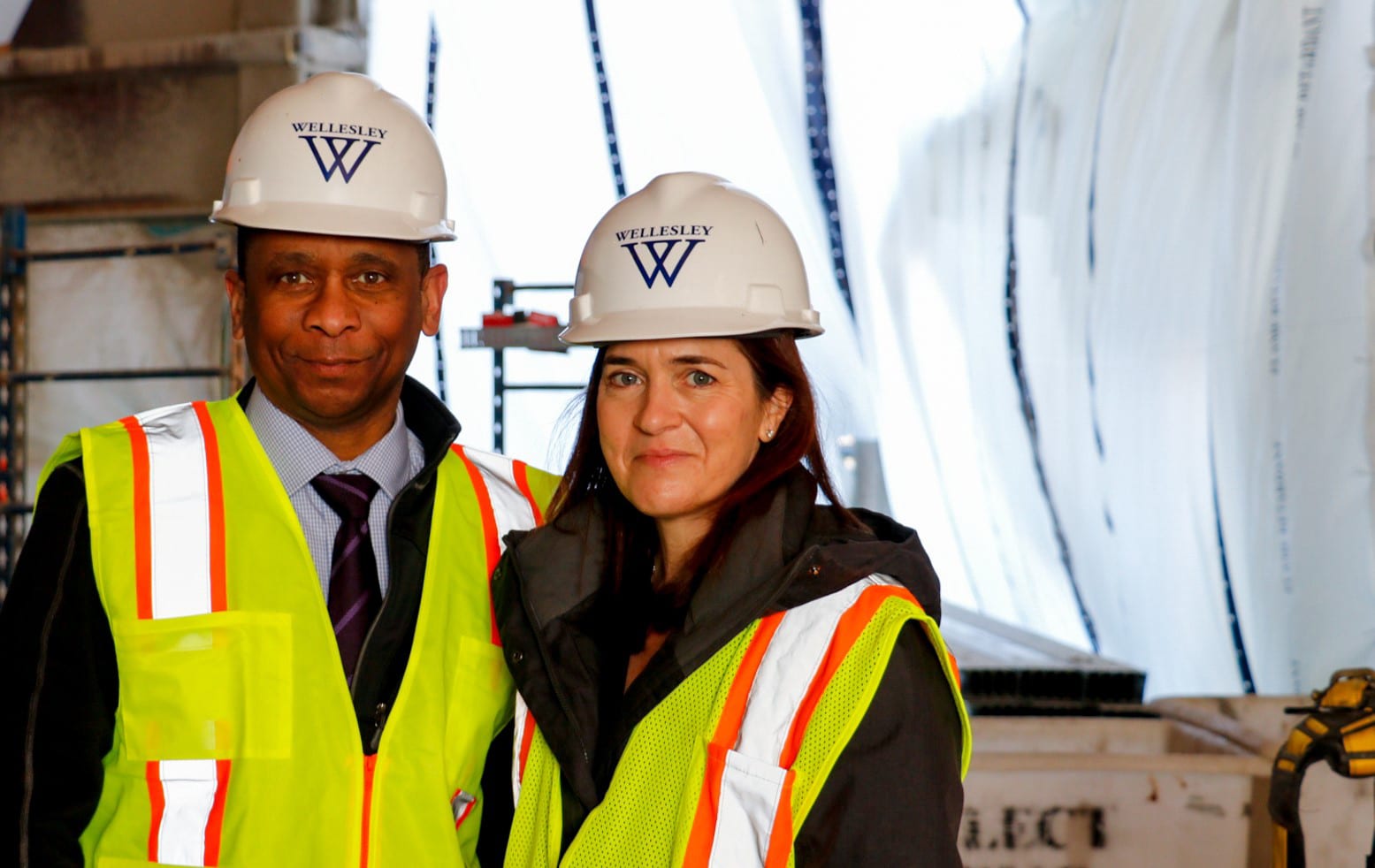 Construction started in 2018 and is slated for completion at the end of 2021. It entails renovation to the existing lab building, new classrooms, offices and a new wing to replace Sage Hall. There also will be upgrades to the Global Flora greenhouse and a new telescope for the Whitin observatory. A total of 300,000 square feet will be built or revamped in the project.

“I believe the Science Center will be a draw for prospective students in the years to come,” says Singleton. “It’s a standout building reflecting years of hard work by so many people. I’m proud to be a part of the process.”

When Singleton joined the team in 2017, design work was already underway.

One of the challenges, he recalls, would be how to maintain the science curriculum in an active construction site. Wellesley’s solution was setting up 30,000 square feet of modular classroom space to house 32 offices and 25 classrooms and specialty research labs. The plan was—and had been—to shuffle staff and students into the portable classes as sections of the project were underway.

In 2018, demolition began on Sage Hall, a process that continued into 2020. Because the original Sage Hall was a sentimental favorite, the school sought to save one of its original brick and stone walls and incorporate it into the new design. 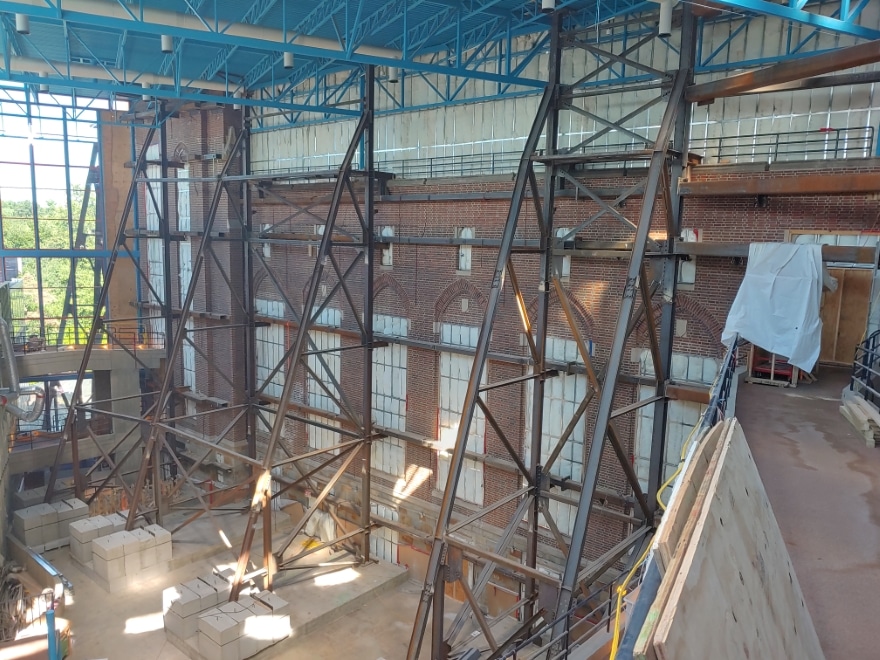 Temporary support of the Sage Wall.

“The building was built in 1926 and didn’t fit modern teaching criteria,” says Singleton. “Renovating it all was not practical, so we renovated some and tore down the rest down, starting over to develop the remaining space.”

The team went to great lengths, Singleton says, to weave part of the original Sage Hall into the new building.

“We’re committed to honoring history and applying the latest conservation management plans into the new design,” he says.

Phase 1 of the project—renovation of the 150,000-square-foot “L Wing” built in 1970—started in 2018 and finished in 2019. To modernize the area, Singleton orchestrated upgraded lighting, plumbing, a new roof and replacement of the exterior storefront glazing.

Phase 2—also started in 2019 and scheduled for completion in 2021—is the new construction of 91,000squarefeet building replacing Sage Hall.

The new spaces will contain classrooms, offices, teaching laboratories, lecture halls, conference rooms and a physiology suite. Large windows will capture views of the landscape and will also “harvest” daylight to illuminate the interior of the building. The building’s design further emphasizes a “science on display” concept, Singleton says, with small exhibition areas woven into various points within the building. 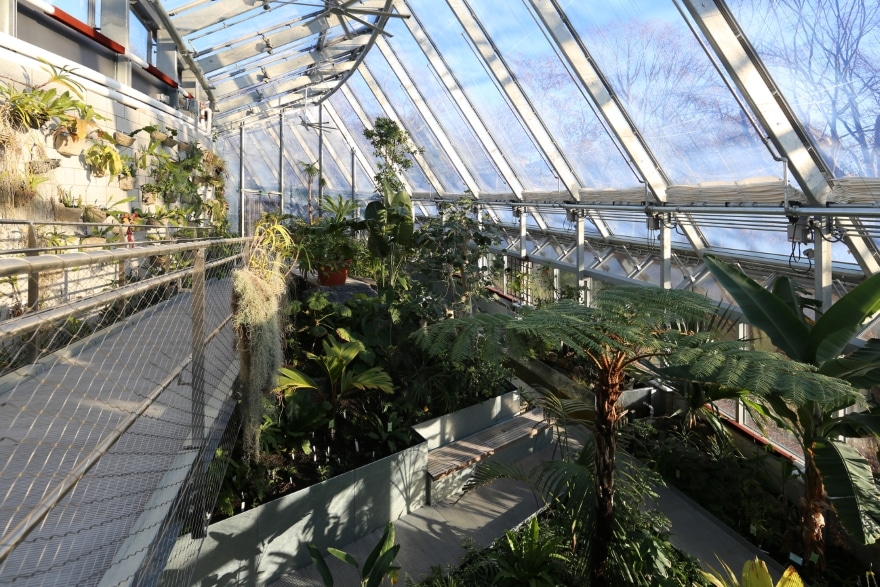 Phase 2 will also include the new construction of an “innovation hub” in the new Sage Hall—knitting together the two wings and new building, that will share a common atrium. The space will have polished concrete floors, an exposed laminated wood timber ceiling and natural lighting coming through the multi-story wood framed glazed windows, reminiscent of those in a storefront.

“We’ve tried to make science exciting and accessible to our community, to inspire people and ignite curiosity,” Maheu says.

The observatory required some design considerations for the new science building to accommodate the size of a recently donated telescope. Now the telescope has a more direct line of sight to the skyline.

The historic greenhouse was built around the school’s fabled Camellia tree, brought from Japan by Wellesley founder Henry Durant. Now it’s safely encased in a building made with ETFE—fluorine-based plastic pillows instead of glass—that is resistant to temperature and corrosion. The new greenhouse not only houses a world-class collection of specimens, but also includes newly added sections highlighting plant life from dry and wet biomes.

Singleton, an African American, makes a point of upholding Wellesley’s focus on diversity and inclusion by overseeing the hiring of diversified teams and vendors involved with the school’s construction projects.

He is also working with Wellesley College students to get them involved in long-term efforts to create more diversity in design and construction.

He himself benefitted from this approach, having been hired by Maheu—a woman with 25 years’ experience in construction—who had worked with him previously at the University of Massachusetts in Amherst.

“One my goals was to create a diversified team with different skillsets, genders, races, personalities and leadership styles. A variety of perspectives creates a winning team,” says Maheu, who cites a study done by Wellesley students that found the hiring of diversified teams is more profitable. 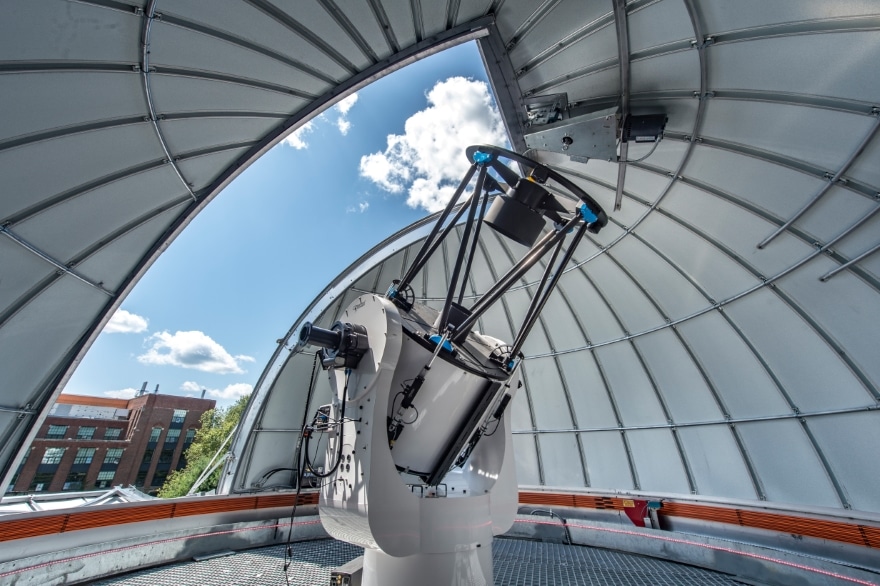 After working in the trades, Singleton turned to construction management after earning an MBA from University of Massachusetts in Amherst – Isenberg School of Management in 1996.

He then worked as a project executive for four years at McKissick, the oldest minority-owned professional design and construction management firm in the U.S. starting in 2001. Another long-term role was at STV/DPM (Diversified Project Management). He started in 2007 and was a senior project manager and a construction owner’s representative for nine years.

“Construction work requires high performing teams where outcomes of budget and schedule are critical. This expectation fits into the Wellesley academic culture and is important here.” says Maheu. “It’s a delight to break the glass ceiling and launch women in education and the sciences.” 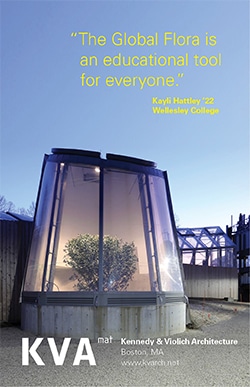 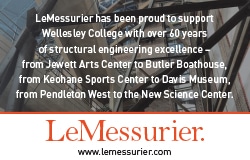 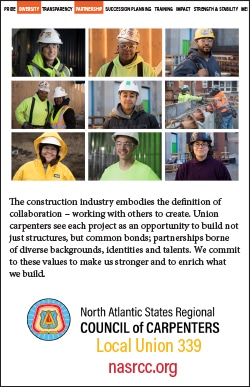 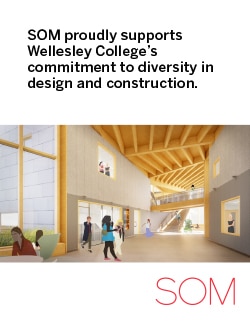 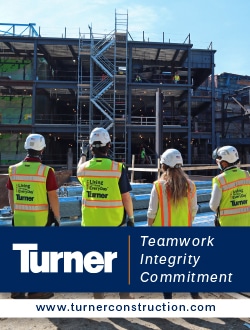