It’s March 29, Opening Day at Cincinnati’s Great American Ballpark (GABP), and the world feels right again. The weather, though chilly for shorts and shades, is mercifully spring-like. Players glide across the field like pent-up collies loosed to pasture, while throughout the stands fans of every age relish the sounds and smells swirling in the stadium air.

Tim O’Connell was there, just as he has been for hundreds of Reds games since the ‘80s. Except, his eyes weren’t on the players, but on the features of the newly renovated entertainment spaces, for which O’Connell and his intrepid team began laying the groundwork last October. 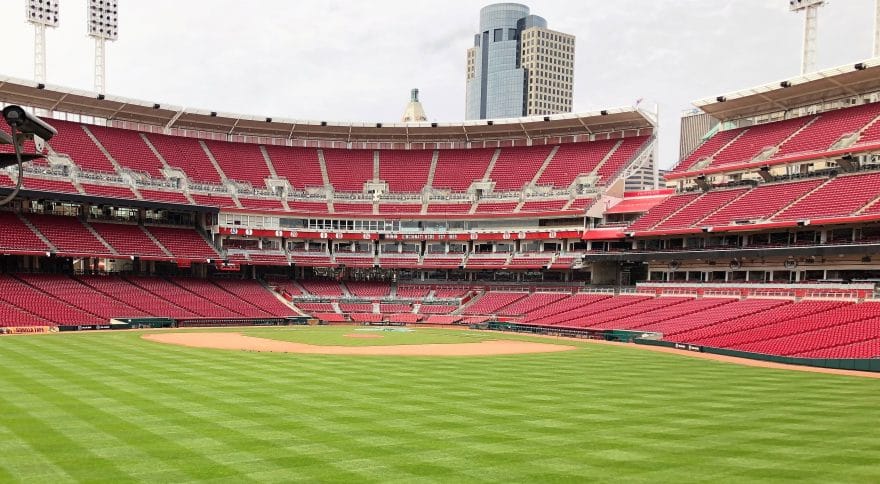 Now, five years into his second stint as the team’s vice president of ballpark operations, O’Connell knows the players aren’t the only ones who logged a lot of extra offseason hours.

“It’s a challenge, but about as fun as a challenge gets,” he says. “Our project timelines are very aggressive, in part because we have that track record of getting things done.”

Out to the crowd

For O’Connell and his team, the offseason is as foreign a concept as the designated hitter. Once that final hot dog is sold in late September—early November, should the Reds rattle off a playoff run—the preparation for next season is already underway.

While O’Connell tends to about 20 projects a year, he applauds two recent overhauls in particular for helping transform the stadium’s look and feel.

The biggest took place in right field. In cooperation with Budweiser, one of the team’s longest sponsors, the Reds erected a second deck—the Budweiser Bowtie Bar—large enough to host 390 people and showcasing three distinct fan experiences.

In 2015, O’Connell coordinated the replacement of the glassed-in Riverfront Club dining area with The Handlebar—so named for mustaches donned by many a 19th century ballplayer. Here, fans can enjoy the game over a bite and drink, all inside an aesthetically pleasing gathering area.

Meanwhile, a set of stairs connects the bar with additional seating and general admission on top of the new space, giving these guests a great view of the game, the Ohio River and seating.

“The goal here was to make sure we weren’t taking anything away from ticket holders who already used the space,” O’Connell says. “We’ve basically created three different fan experiences in a single area.”

A few hundred feet away, towering above Straightaway center, stands the Batter’s Eye Pavilion. For years, the two-level entertainment area served as a place for companies and clients to meet and mingle before and during a game.

After gutting the entire Pavilion, a renovation that included everything from new furniture to fixtures to paint, O’Connell’s team installed access to tiered seating above the stadium’s center field bullpen. Now, visitors will be able to move freely between traditional stadium seating and the Pavilion’s cushier amenities, which include a full-service bar. 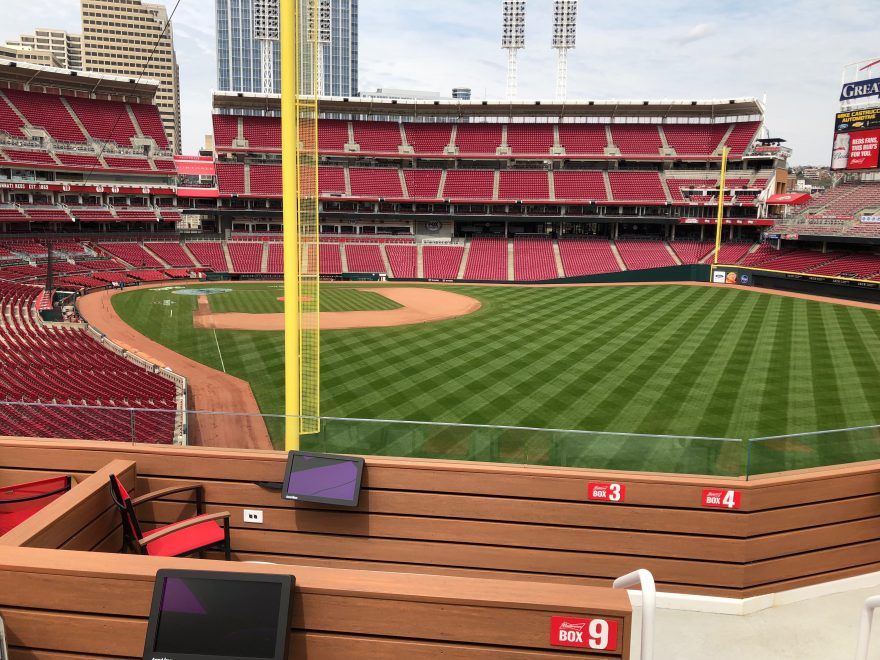 One of the more challenging upgrades required replacing the area’s shades to allow for crystal-clear viewing, while making sure batters weren’t distracted by movement inside the Pavilion.

According to O’Connell, the goal of the Pavilion revamp was twofold: To attract more fans, especially in groups; and to bolster the stadium’s booming events business, where gatherings like wedding rehearsals and corporate meetings account for 250 reservations a year.

But while fan experience was foremost on the minds of the team brass, O’Connell says all upgrades are undertaken with a second, more practical principle in mind.

“Everything we do we try and balance community connection with a tangible return on investment,” O’Connell says. “A lot of these concepts are years in the making, and we’re extremely lucky to have an ownership that understands what this team means to the city.”

It’s a legacy O’Connell knows well. The son of a 65-year season-ticket holder, not only did O’Connell grow up rooting for the Big Red Machine; his first facilities job was at the old Riverfront Stadium, longtime home of both the Reds and Bengals.

For 12 years, between 1983 and 1995, O’Connell’s duties included everything from selling season tickets to overseeing spring training logistics. But it was in stadium operations that O’Connell found his true career calling, helping coordinate close to 700 games during that time.

From 1995 to 2013, O’Connell served as assistant vice president of athletics at Dayton University, overseeing more than $30 million in projects and renovations. But the sounds of the ballpark were always there, calling him like a siren song back to his roots. When he found out the team was looking for a new VP, he quickly threw his hat into the ring—requisite red with white wishbone C.

Beaming as he is to be working for his boyhood team, however, O’Connell takes the most pride in knowing his workday duties—hiring contractors, fixing concession stand signs, assuring the outfield grass is divot-free—are creating memories for a new generation of fans, in a city he says he’ll always call home.

Back in March, just two weeks before the Reds hosted the Washington Nationals on opening day, O’Connell and his team had one of their last project meetings out on the Budweiser Bowtie Bar deck. As winds turned the falling snow into mini blizzards, O’Connell reminded his team of the light at tunnel’s end: Whatever the weather, no matter the hanging loose ends, opening day was almost here once again. And they helped make it happen—once again. 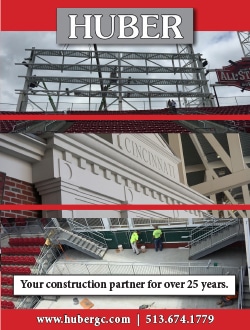 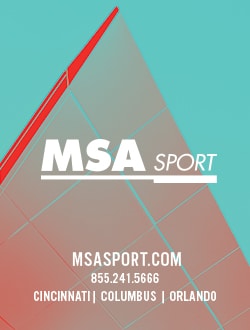