Public school teachers have a tough job, especially in the era of COVID-19. So, at Buncombe County Schools, Director of Facilities and Planning Tim Fierle tries to make their days a little easier with imaginative yet economical classroom designs.

A registered architect, Fierle draws on his training to anticipate building code, life safety, environmental and accessibility issues. He understands how people’s experiences of spaces, heights and finishes all factor into a successful learning environment. The work, spanning 4.3 million square feet of space, is its own reward, but Fierle has also been moved by the gratitude he’s seen from teachers and students. 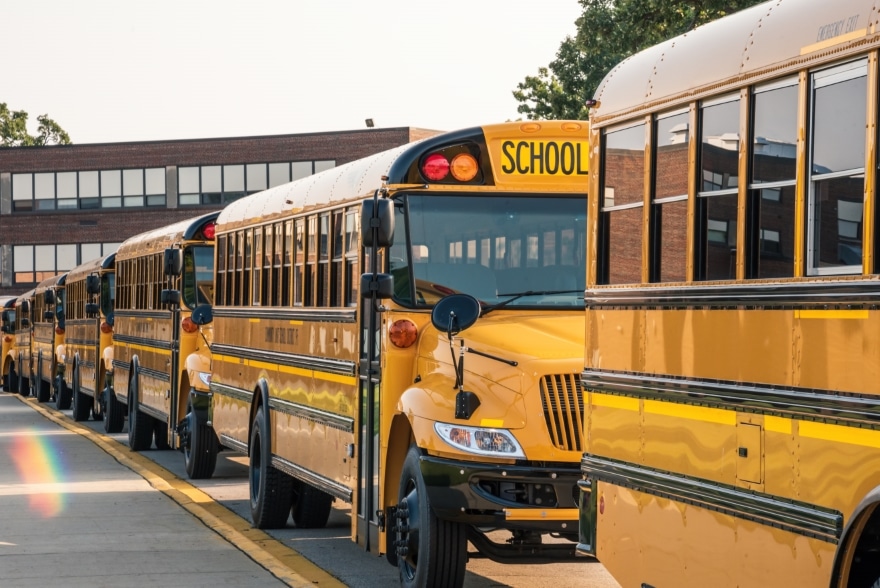 “A classroom becomes kind of a living room for a teacher, and educators in the public school system, they don’t expect a lot,” Fierle says. “So, if you improve their instructional environment, they’re incredibly appreciative.”

Located near Asheville in western North Carolina, Buncombe has roughly 22,000 students spread out over 45 schools in six districts, including several intermediate schools for 5th and 6th graders. Before Fierle helped build the state’s first intermediate school, those grades were crammed into schools full of younger children.

“We’re trying to be responsive, lead the way and stay ahead of the curve,” Fierle says of the model other districts have since copied.

That overhaul required meetings with staff, students, parents, businesses, local higher education bodies and the community to hash out what students needed. After two years, they decided the curriculum should emphasize hands-on, collaborative problem-solving. The three-phase renovations began in 2014 and wrapped up by 2018.

“This was experimental and unique, but it has been so popular and one of our highest-performing high schools in the district,” Fierle says. 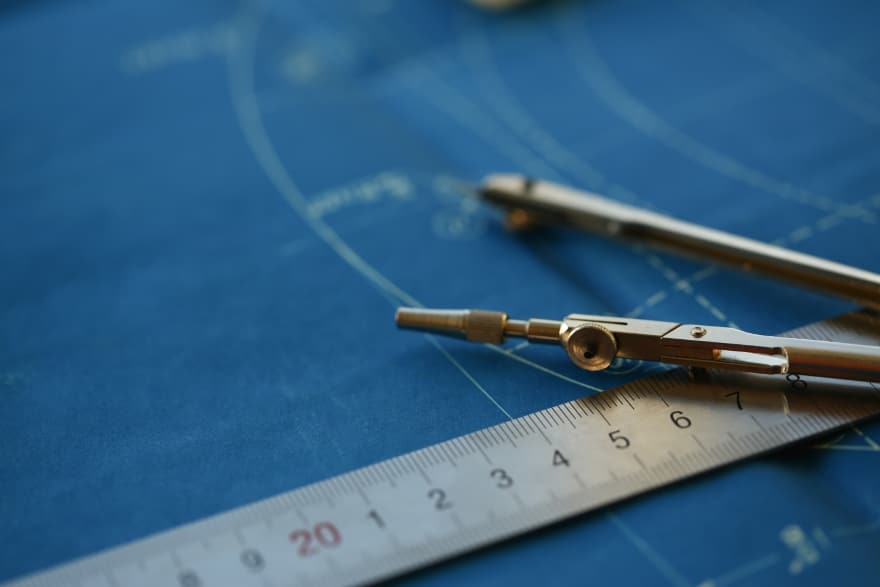 Working within a budget of $100 per square foot over 50,000 square feet—or $5 million total—Fierle had to think creatively. He seized on the idea of using common materials in transformative ways, a tactic he hoped would fire students’ imaginations and reinforce teachers’ lesson plans.

Fierle used interior shipping containers for the small group spaces, then installed skylights and upfit them with glass. He also added whiteboards and conference tables to help students spread out and plan solutions.

Throughout the school, Fierle used contractor’s scaffolding for handrails and breakout spaces, and he used the existing concrete floors, polishing and staining them vibrant colors. He used livestock panels to display student projects and to dangle lights from. Meanwhile, the cabling and cable trays near the ceiling effectively became their crown molding.

Like Nesbitt, which has already seen a class of students graduate, the new intermediate schools continue to evolve. Fierle joined Buncombe in 2000 partly to oversee construction of the first intermediate school in North Carolina for 5th and 6th graders. Overcrowding in the North Buncombe district had forced the system to develop a one-building option to resolve capacity concerns at the elementary schools and middle school.

The completion of the school had an unintended consequence: Parents loved it, and the school system dropped its plans to return the intermediate school to an elementary school when student numbers dwindled.

“It was so successful that we used this strategy to address similar capacity issues in other districts,” Fierle says. “It’s popular from a curriculum and parental point of view, but it also solved a facility issue and was cost-effective. And it started a trend that other school districts emulated.” 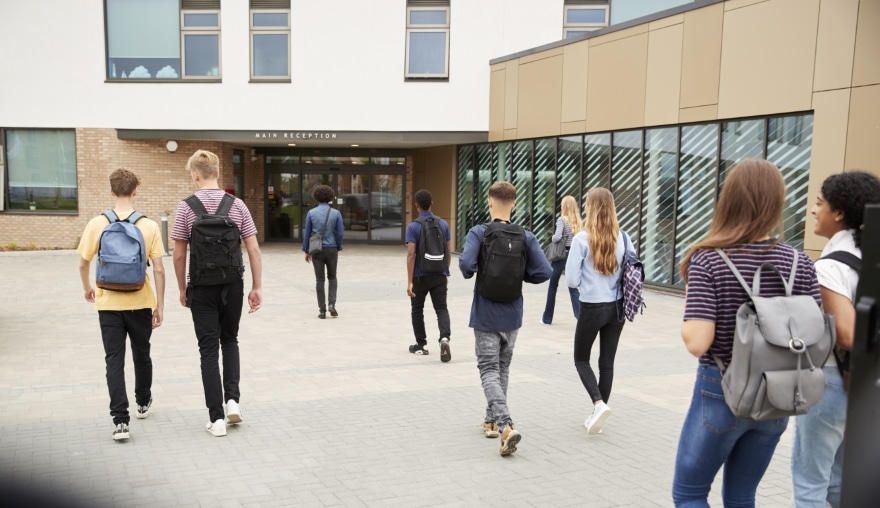 Another of Fierle’s projects is upgrading the existing athletic fields to make them accessible to all students, faculty and community members year-round. The six high school stadiums have gotten synthetic turf, replacing natural grass, a change playing out across other districts in western North Carolina.

The school system also replaced the older field lighting with LED lighting to save it from replacing lamps, to increase lighting levels, to control light trespass and to make nighttime lighting use less costly.

“There are never enough funds to address all the needs, so you have to prioritize things,” Fierle says. “We need our architecture, our facilities and our curriculum to be supportive of flexible skillsets.”

Planning for a safe tomorrow

Twenty-two years ago, Fierle signed a two-year contract to work with Buncombe. And he’s been there ever since.

While Fierle launched his career in construction, he later decided to get his architecture degree, then worked for various firms as an architect before finding his way to the school system where he’s spent most of his career.

In his free time, Fierle “loves to build stuff.” He also enjoys travel and wants to explore new cultures in his retirement. Before he retires, though, he wants to leave the school system in good shape for his successor. 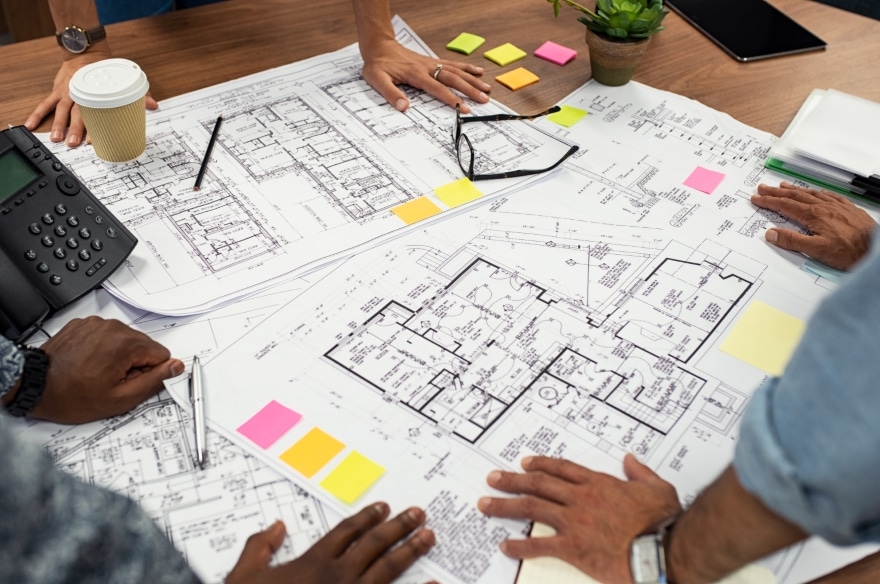 Up next for Fierle are wide-ranging security updates for the system’s schools. In the current era, they need to reimagine how visitors are screened and harden campus and building perimeters.

“The facilities department is focused on the support of instruction by ensuring campuses are safe, accessible, healthful and efficient,” Fierle says. “We’re preparing students for their tomorrow, and my contributions are built on the shoulders of giants.” 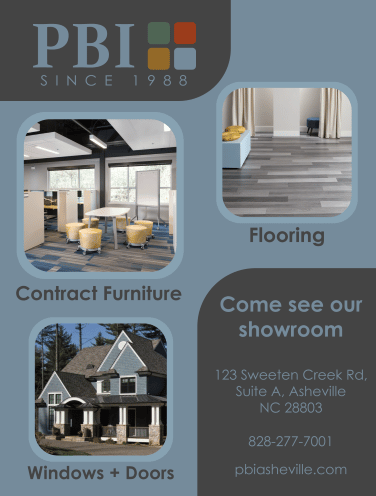 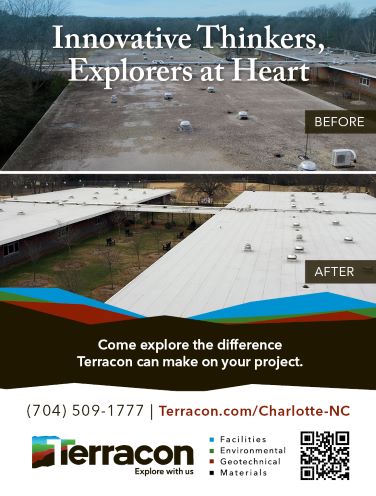 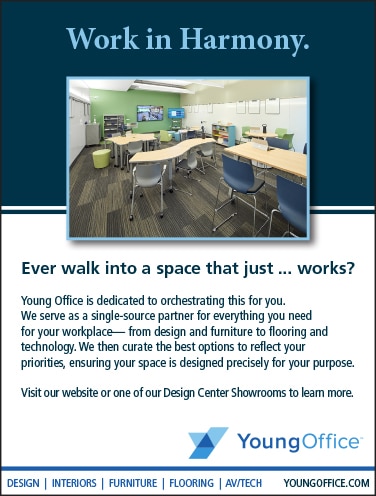