It’s becoming more of a rarity, the independent community hospital such as what you’ll find in Bristol, Connecticut. A full-service, 154-bed facility, Bristol Hospital—which is part of Bristol Health—is noted for being the Nutmeg State’s top-ranked when it comes to protecting patients from infections.

Only its aging Emergency Center was due for upgrade. 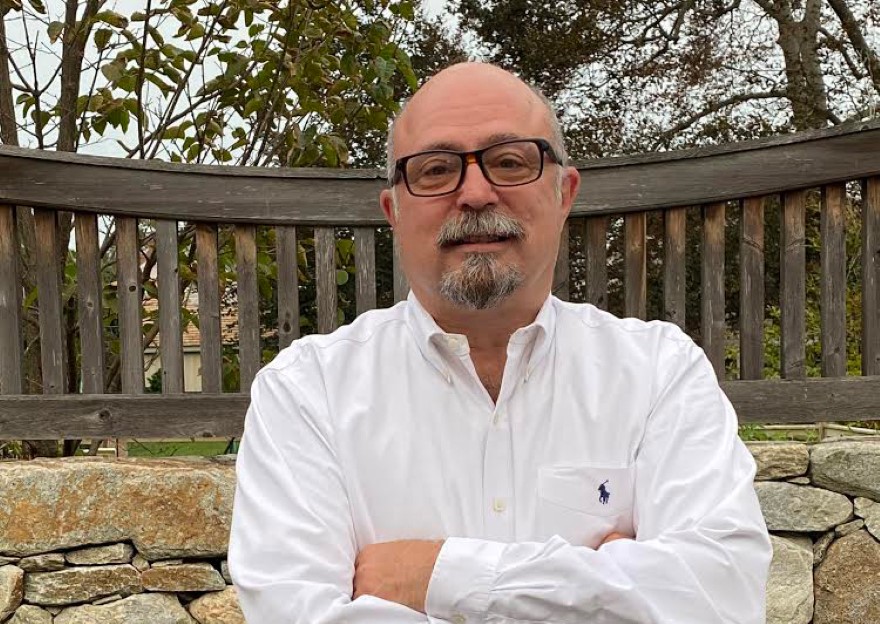 That upgrade should be complete next year, coinciding with the hospital’s centennial celebration—as well as the retirement of the man who’s been overseeing the construction and outfitting of a new and state-of-the-art emergency department.

Director of facilities, biomed and construction for Bristol Health since 2019 and, prior to then, a project manager, Thomas Roche will be capping a career of around 35 years with some very prestigious New England institutions. The golden years with his wife of 35 years beckon, but he first intends to direct this $16.5 million project to the finish line.

“It’ll definitely be a nice way to go out,” the good-natured 64-year-old Roche tells Blueprint in August, the upgrade proceeding despite how COVID-19, summer storms and various infrastructural issues have delayed and sometimes altered procedures. “This has been a great home for me the past couple years, a community hospital that really puts the community first.”

Just what the community ordered

Roche said that the upgraded Emergency Center renovation won’t increase the bed count significantly, just six more slated to be added. What it will do is double the department’s existing 13,000 square feet, enabling shorter waits, increased patient privacy and the satisfying of various standards set forth by the American Hospital Association. 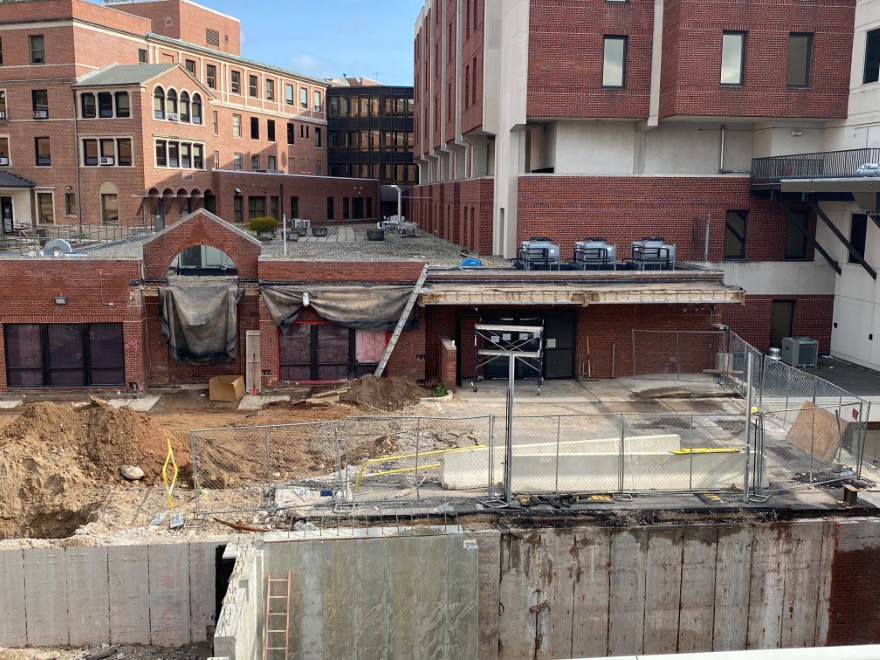 And it’s taken some doing. One major challenge has been rerouting the electrical feed that runs through the basement of the new addition.

It’s a task that’s necessitated the expertise of a trusted vendor, Eversource, since March and needs to be done well in advance of winter so contractors can focus on the foundation and envelope and then proceed with fit-in. Once the addition is ready, the task shifts to the existing Emergency Center, which will be renovated and blended into the newer unit.

In Roche’s words, “one big fluid emergency department” is taking shape without any interruption in service. A 10-bed d behavioral health wing was in place last year, designed to meet the growing needs for mental and substance-abuse treatment in light of a national opioid epidemic.

The new department also will better position Bristol Hospital for any future pandemics, with some its rooms capable of being converted for negative pressure to keep contaminants from spreading. 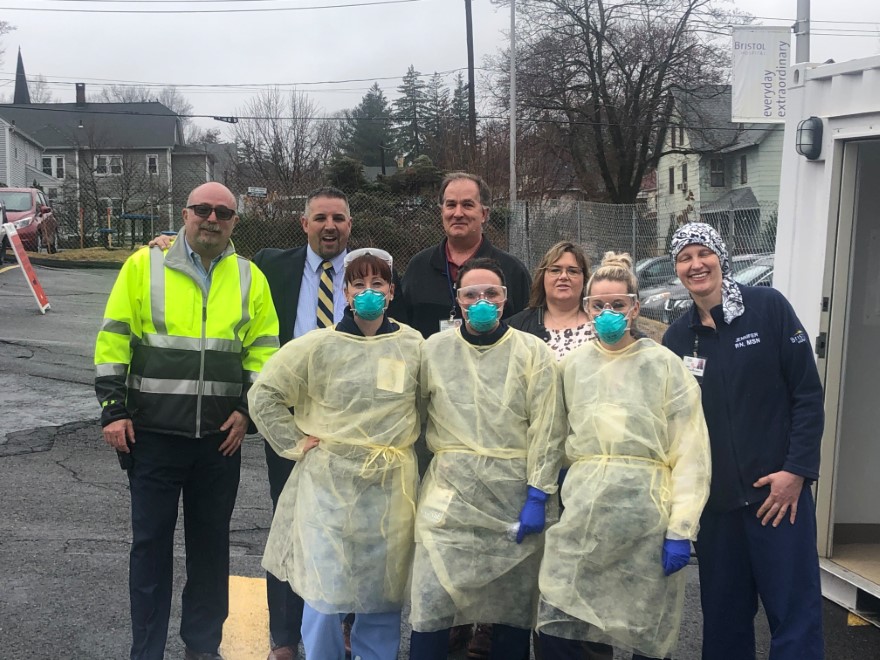 “If there’s another outbreak, we’ll be ready,” Roche assures.

Of course, an emergency department must be easily accessed, and that’s been another part of the hospital’s reconfiguration. New water mains, sewers and roads are being finished along with a drop-off for patients and spaces for ambulances.

With Connecticut having felt the effects of the 2020 hurricane and tropical storm season, there have been a few delays, but with autumn bringing cool, dryer days, it should be full speed ahead—albeit with social distancing and other pandemic protocols.

There’s still much to do, including the installation of an on-site pharmacy that will enable a single-stop operation. Once the foundation and envelope are ready, that project and others can proceed. 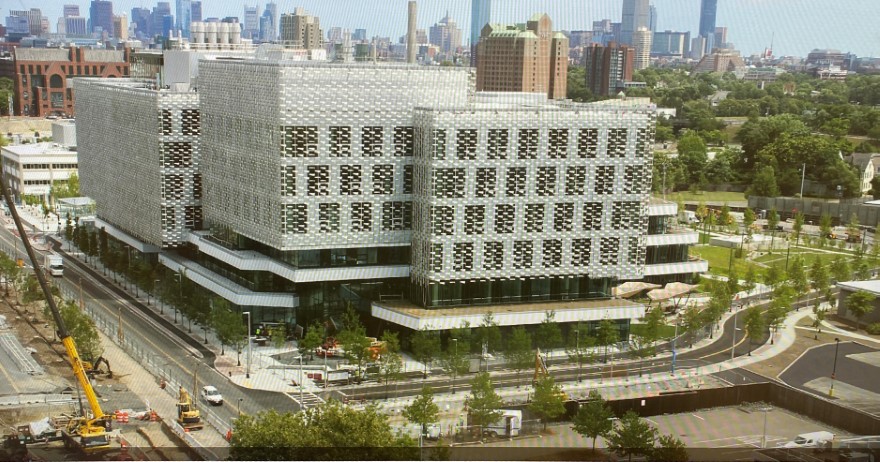 Though COVID-19 has posed some supply-chain interruptions, Roche says the project is still on pace to meet its deadline. The overall efficiency has been duly noted, the state having lauded Bristol Health for teamwork with its contractors and vendors.

He also feels he made the right career move in 2018, resigning from a two-year stint as senior project manager of Harvard University’s School of Engineering and Applied Science Center in Boston’s Allston neighborhood.

A prestigious $1.2 billion responsibility, for sure, but one that had Roche spending most week nights in a Cambridge apartment rather than his Connecticut home and—maybe worst of all—losing regular contact with the Fairfield Warde High School hockey team he coached. 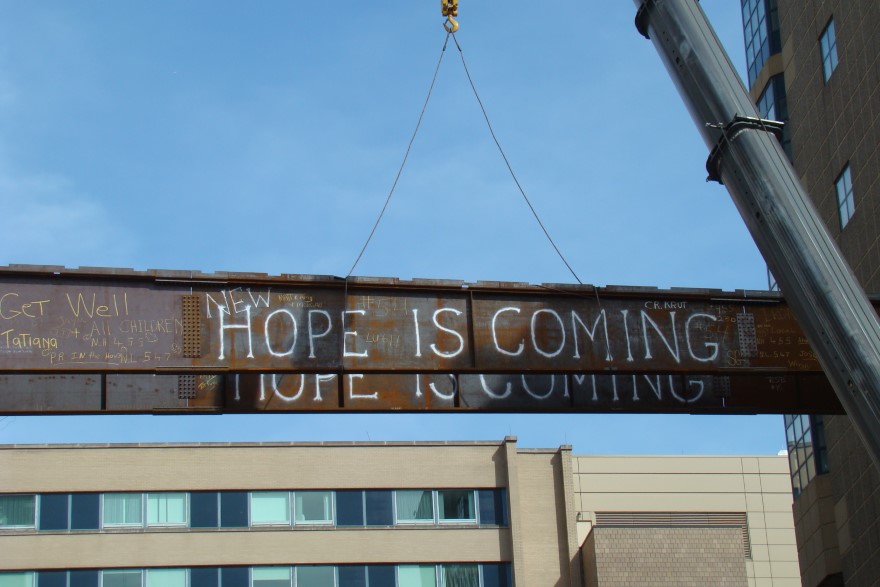 He’d return to Fairfield for Wednesday and Saturday night games, entrusting an assistant coach to run the practices. Thrilled as Roche was when the Mustangs won the Division II state championship in 2016, he wasn’t sure who deserved most credit.

One team, one goal

As far as credit for the Bristol Hospital project, he’ll share it with the contractors, vendors and people under his wing. There’s similarity in how he coached hockey players and mentors subordinates, though he can enjoy a post-work beer with the latter.

“I hold people accountable but it’s a two-way street,” he says. “If there’s something I missed, then I expect them to hold me accountable as well.” 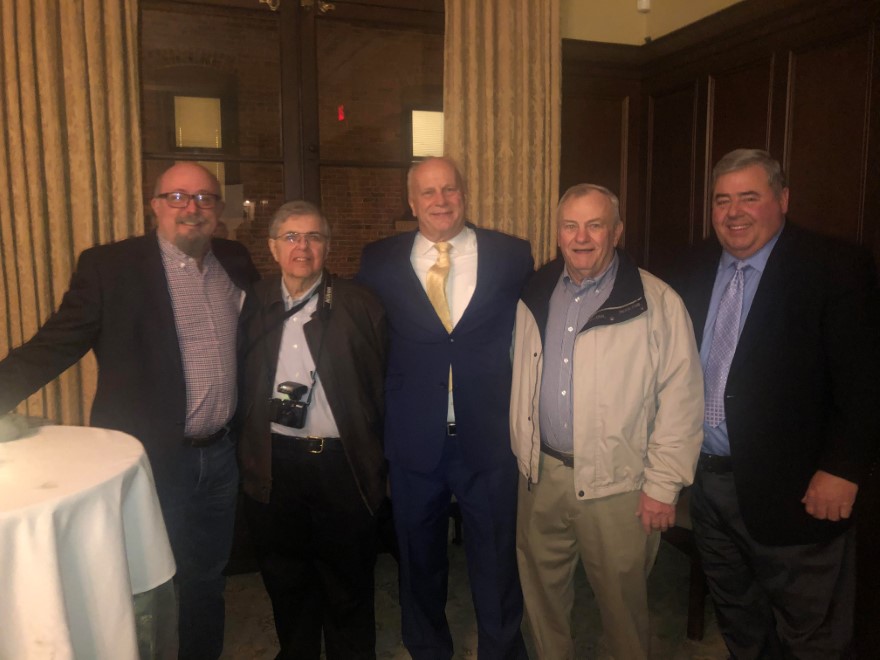 As to how Roche got into construction, it wasn’t the most conventional approach; he majored in economics at Quinnipiac University, enhancing that degree with a master’s in management from Albertus Magnus College. But he never imagined himself behind a desk; the son of a handyman dad, the young Roche preferred to have a tool in his hand.

After college, Roche was a union carpenter when his father alerted him of an opportunity at Yale-New Haven Hospital, where he spent over 28 years, starting off as a plant engineering supervisor in 1988 and ascending the ranks to senior project manager, a post he held from 2012 to 2016.

Then 60 years old, Roche was thinking retirement, but couldn’t resist the offer from Harvard. But neither did he intend to put permanent roots in very urbanized Cambridge.

Once that project was complete, it was back to his wife in their century-old house and their grown son and daughter nearby. More recently, the Roches have been blessed with a granddaughter that will make retirement all the more fulfilling. In the meantime, there’s still work to complete at Bristol Hospital, and that packs its own special thrill.

“I just love these big projects,” he says. “To see a new building standing and knowing I was part of it. 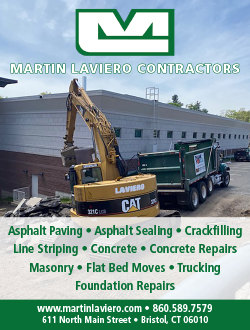 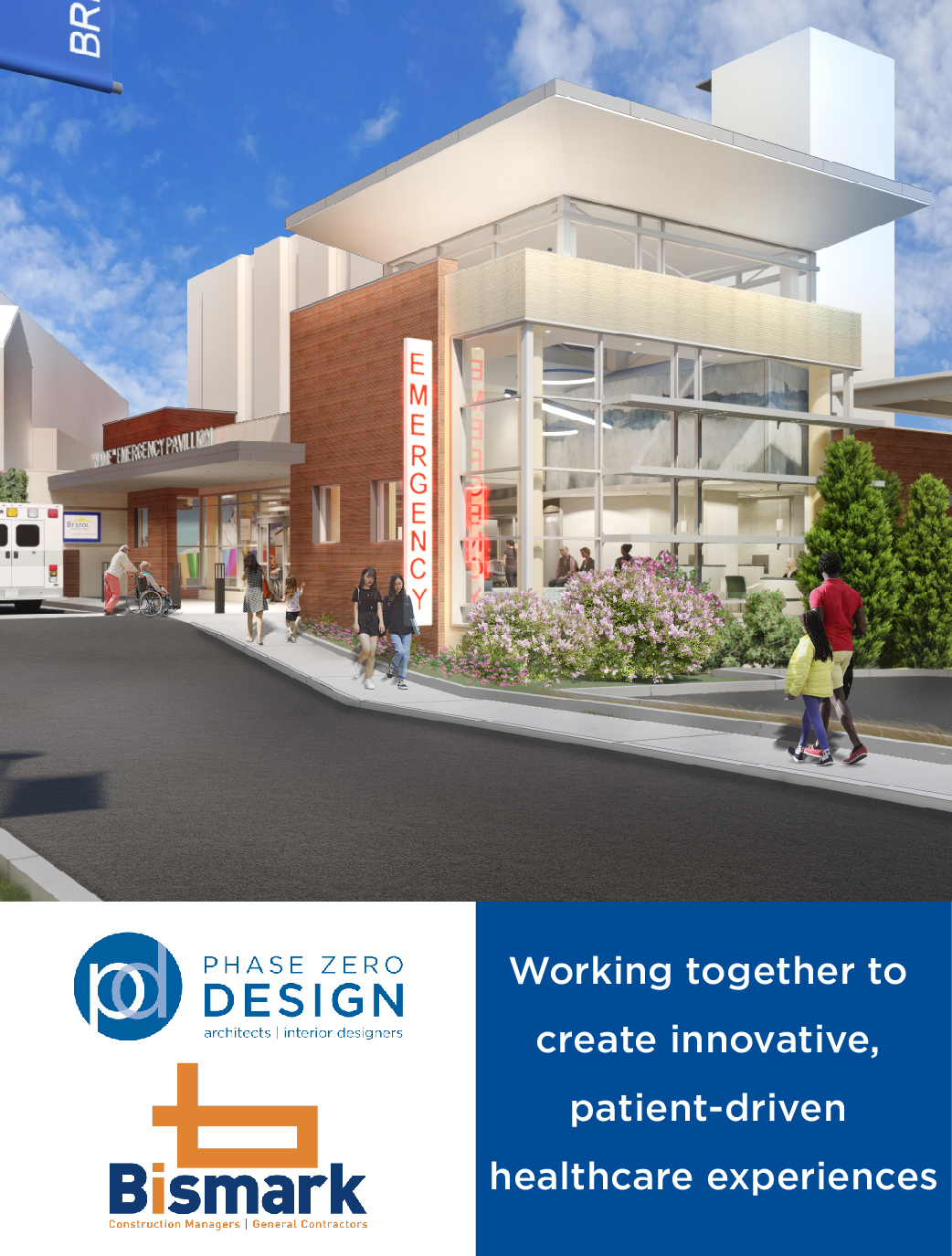