You could say the Hard Rock Hotel & Casino placed a safe bet in the hands of Thomas Falvey and the T.N. Ward Co. team headed up in Atlantic City by Executive Vice President John Devecchio.

A large one, to be sure—the resort chain entrusting them to wager $1 million per day over the span of seven months. For that’s how long it would take last year to overhaul the former Trump Taj Mahal in Atlantic City, New Jersey.

Not that Hard Rock had to worry about Falvey playing recklessly. He’s a prudent man in his capacity as president of T.N. Ward Co., the full-service general contractor with its headquarters in Ardmore, Pennsylvania, a satellite in Atlantic City and, maybe most important, extensive experience in big-ticket projects including hotels and casinos. He’d see to it the job was done on time and on budget. 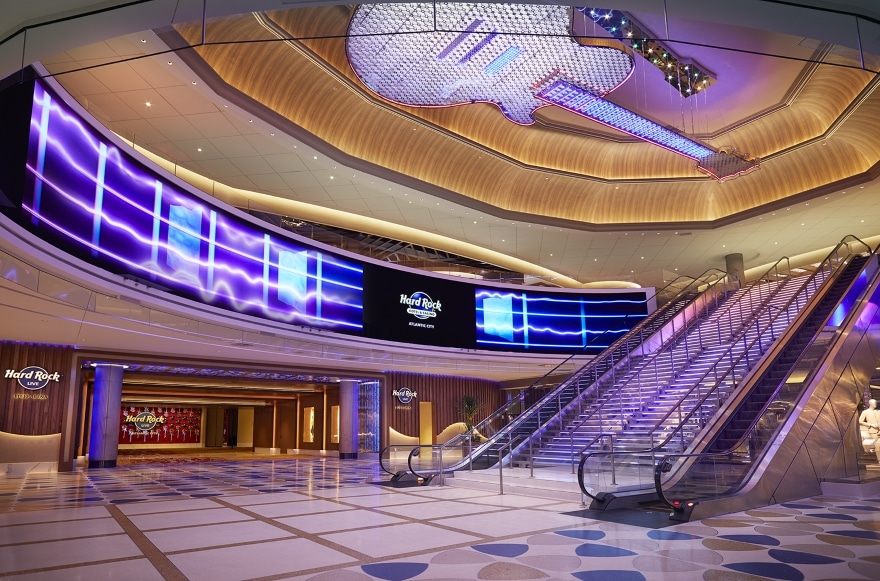 Falvey and Devecchio knew well the subcontractors they could trust to handle their end of what would be a $200 million megaproject broken into 18 relatively minor ones. And they acquitted themselves well, the mission that commenced in December 2017 being consummated with a grand opening the following June 28.

Maybe not everything ran like clockwork. Rarely is that the case in any such overhaul, especially one where hundreds of skilled workers must be on-site daily. But with Falvey and Devecchio striving to have all the proverbial ducks in a row, the process was streamlined as much as practically possible.

“Was it a challenging project? Absolutely,” Falvey tells Blueprint in January. “There was so much to coordinate among all the different teams in charge of the many facets of Hard Rock—the restaurants, the spa, the over 2,000 rooms, the suites, the casinos, the concert hall.”

Not to mention the iconic 60-foot long guitar that had to be put in place at the entrance lobby, Hard Rock being a stickler for its branding. Indeed few, if any, indications of the erstwhile Taj Mahal’s purple and gold plethora is still in place, the overhauled digs now among Hard Rock’s latest celebrations of rock ‘n’ roll, the artifacts and memorabilia including those from two Jersey legends—Bruce Springsteen’s stage garb from his “Born in the USA” tour of the mid-1980s and a signed guitar from Jon Bon Jovi.

There’s a Michael Jackson glove, John Lennon’s handwritten lyrics to “Imagine,” and assorted other relics that can be admired behind glass, and nightly bookings of the likes of Mariah Carey, Kenny Chesney, Tim McGraw and those venerable Beach Boys.

A winning hand for all parties it would seem—for T.N. Ward, for Hard Rock and for Atlantic City itself, where the gaming industry had been turning up snake eyes in recent years, but whose cards may again be hot.

Always something in the pot

Lately, all kinds of projects have been coming up, many from repeat customers in the mid-Atlantic area. T.N. Ward built a solid reputation over the course of its first century, the company having its origins building luxury homes in and around Philadelphia in 1918. 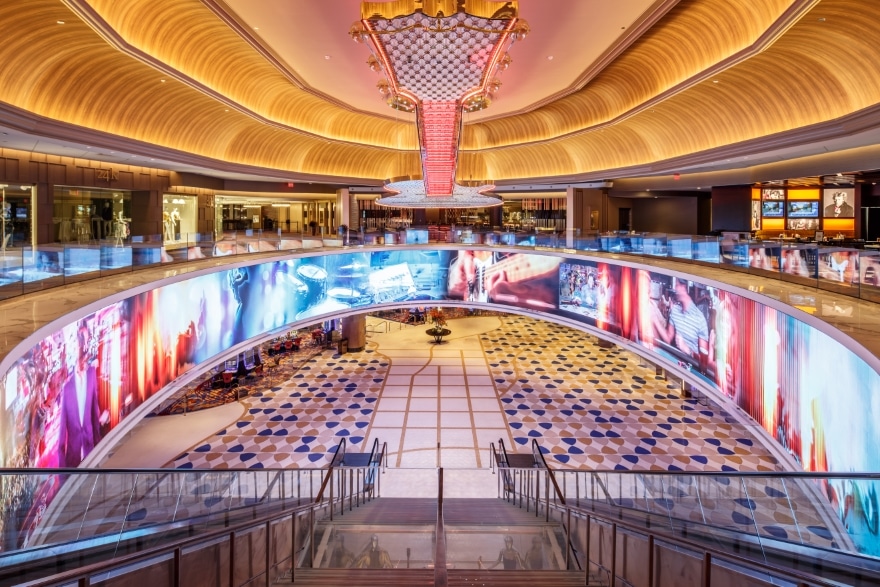 Other casino and hotel work is pending: A contract to renovate the PNC Bank Arts Center for the New Jersey Turnpike Authority was just awarded and a contract with the Philadelphia Housing Authority for 83 affordable rental units spread across a mix of townhouses and multi-unit walk-up buildings at the Norman Blumberg apartment complex will be completed by early next year. All units will be made available to households and individuals earning 60 percent or less than the area’s median income.

“It’s exciting to see this transformation plan take shape in a neighborhood that’s close to Center City,” Mayor Jim Kenney told the PHA. “Residents of this community will enjoy a better quality of life with easy access to all the attractions that the heart of Philadelphia has to offer.”

It’s obviously a very different kind of construction than luxury hotels and casinos, Falvey acknowledges. But T.N. Ward does about 25 percent of its work in the public sector and it has long proved itself capable of adapting to any client’s agenda.

“We also try to use as many local people and subcontractors because they care about what they’re doing,” says Falvey, a structural engineer with a Northeastern University degree. “They’re familiar with the area and may have the answers when questions arise.”

It’s among the ways the company has expedited the process for so many projects, one of them in Atlantic City. Entrusted by Caesar’s Entertainment Corp. to build the 20-story Showboat Orleans Hotel Tower and House of Blues Suites, T.N. Ward completed it in 16 months with immense budgetary savings through value engineering of the building façade, systems and finishes as well as by beating the deadline. 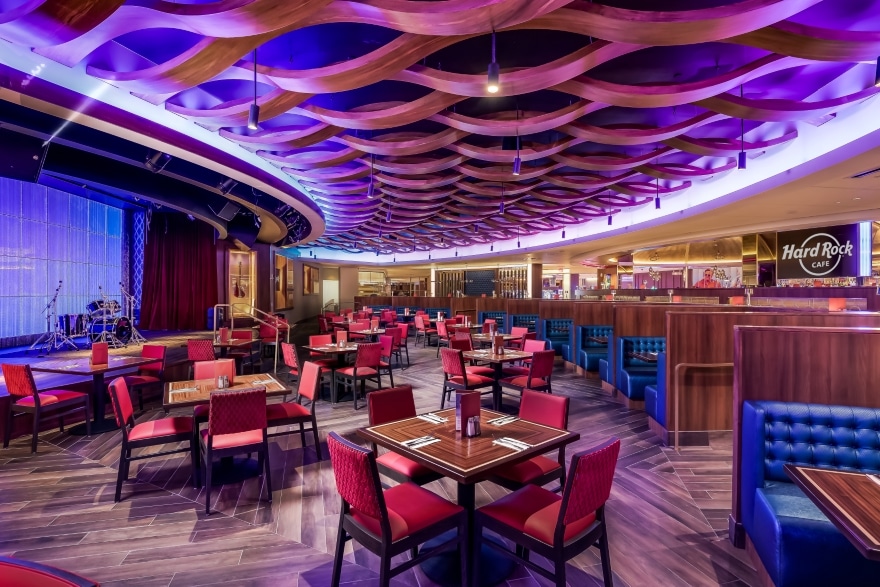 T.N. Ward also constructed the Showboat Premier Lite Tower in a period of 18 months including a value redesign process where the room count was increased from 480 to 540 rooms, and the overall cost reduced by 28 percent.

T.N. Ward also managed the 14-month construction of the 25-story Harrah’s Resort Hotel; the 49-story 950 room Waterfront Tower, including the the pool and adjacent podium space; the Harrah’s 150,000-square-foot meeting and convention venue; and the 15,000-square-foot retrofit of the Conference Center at Atlantic City’s Resorts Casino Hotel.

The company’s portfolio also includes extensive work with universities, hospitals, apartments and senior housing. While the bulk of T.N. Ward’s work is Pennsylvania and New Jersey, it extends into Delaware and Maryland.

Now in his 21st year with T.N. Ward, Falvey sees a bright future for the company and constantly looks back over the years and revisits his career in the construction business, which has taken him up and down the East Coast.

“It was rewarding when the company celebrated its 100th anniversary,” he says. “And to see the fruits of our labor, every day we can point to something that wasn’t there a year ago but will be there for another 50 or maybe even 100 years, just like us.” 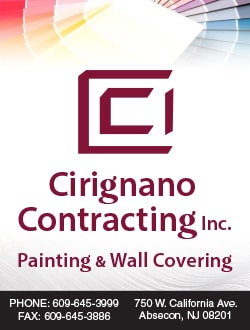