Caring for the environment has long been a passion for Steven Piepgrass, whose first job out of college involved cleaning up Distant Early Warning Line stations and oil and gas sites in the Arctic.

During the 1950s, the U.S. military built approximately 30 bases from Alaska across northernmost Canada and into Greenland, with the goal of detecting any military advance by Russia into North America. But when the Cold War ended and the U.S. no longer needed the bases, it abandoned them, leaving almost everything behind and transferring ownership of most of the sites to Canada.

Enter Piepgrass and his colleagues, who worked with an environmental company to clean up those sites and restore them as much as possible. 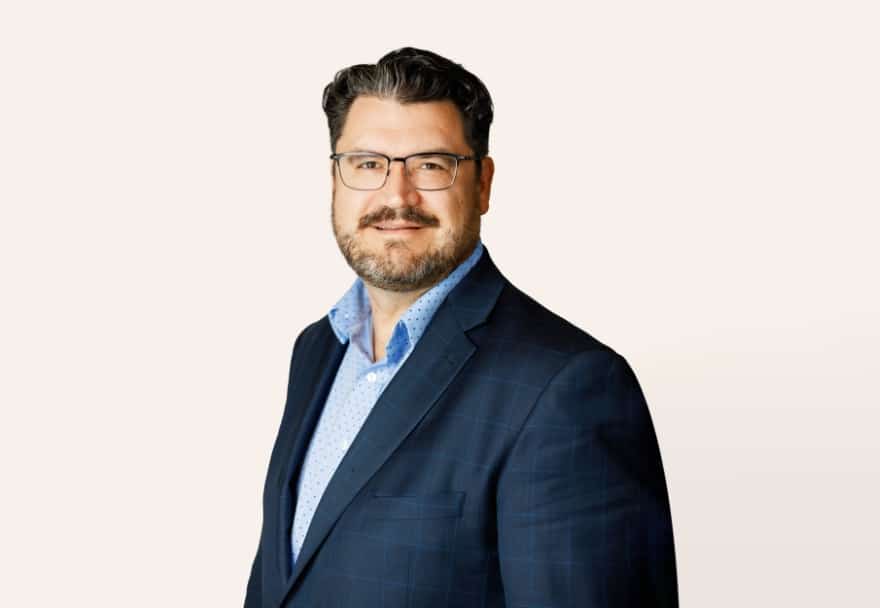 “I loved working in the Arctic, it was great,” Piepgrass says. “I got to see parts of the country that most people will never see. And cleaning up the environment was very worthwhile.”

In the 20 years since, the chemical engineer has transitioned to the clean energy space. He now serves as vice president, construction for Green Impact Partners, a Calgary-based clean technology and energy transition company that converts biomass waste into low-carbon energy.

“I like all my projects, to be honest,” Piepgrass says. “I think they all have different benefits, but our corporate philosophy is to produce energy that is good for the planet.”

Among his more recent work, the most challenging was a dairy renewable-energy project in Colorado, where Green Impact is using manure from dairy cows to create renewable natural gas.

After collecting fresh manure, plant workers put it through a pre-treatment process to break up the fibers and then feed the manure into an airtight tank. Bacteria eats the sugars and starches, and the resulting methane is captured, cleaned and sold as natural gas onto the local grid.

The Colorado project is the furthest along of the company’s dozen or so dairy projects, but it’s been tough to get there, Piepgrass says. The project started during the COVID-19 pandemic and was quickly beset by supply chain disruptions, remote work challenges, difficulty buying materials, travel restrictions and lockdowns. 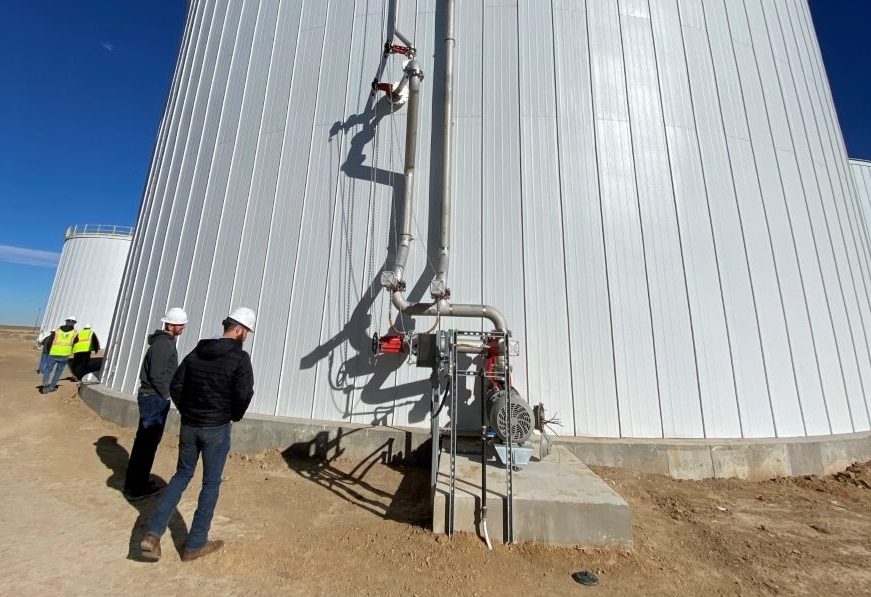 “We all knew what we needed to do and said, ‘Let’s work together to get it done,’” Piepgrass says. “We were able to build it on time and on budget and start commissioning.”

That project, which involves two dairy farms, will produce around 650 gigajoules of natural gas per day, he says. It’s in the early stages of commissioning and should begin producing gas in early 2023.

Piepgrass is also working on the Future Energy Park, an Alberta endeavor that uses wheat waste to produce bioethanol and renewable natural gas, and thus provide direct revenue to wheat farmers. He’s supporting the engineering, design and permitting and overseeing the construction strategy.

As of December, the project was in the permitting phase now and Piepgrass expected Green Impact to break ground in early 2023. When completed, the facility will grind up wheat waste, mix it with water and yeast and put it into a fermentation tank, which will produce bioethanol.

Solids remaining from the fermentation process will then go into 16 digesters—1.5 million gallons each—and undergo anaerobic digestion to produce gas. This will then be cleaned up and injected into nearby natural gas transmission pipelines for use in Western Canada.

Both fuels will have a negative carbon score, and the finished facility should churn out 3.5 million British thermal units of renewable natural gas, over 300 million liters of bioethanol and 235,000 tons of cattle feed per year.

“This project is a game changer for our company,” Piepgrass says. “We are close to finalizing our remaining key contracts, and we expect to start construction in 2023.”

In it for the long haul

Piepgrass credits his four children with teaching him how to be an effective leader, saying they shaped his approach of putting teamwork front and center and ensuring everyone has a voice.

“Coaching and refereeing my kids’ soccer teams and serving on the boards of local youth sports organizations really kind of cemented my thoughts around teamwork, not pointing fingers,” Piepgrass says. “Because when something goes wrong, and it always does, you’ve got to react. It doesn’t do any good to blame others. It’s got to be collaborative: ‘How do we shift to resolve this problem?’” 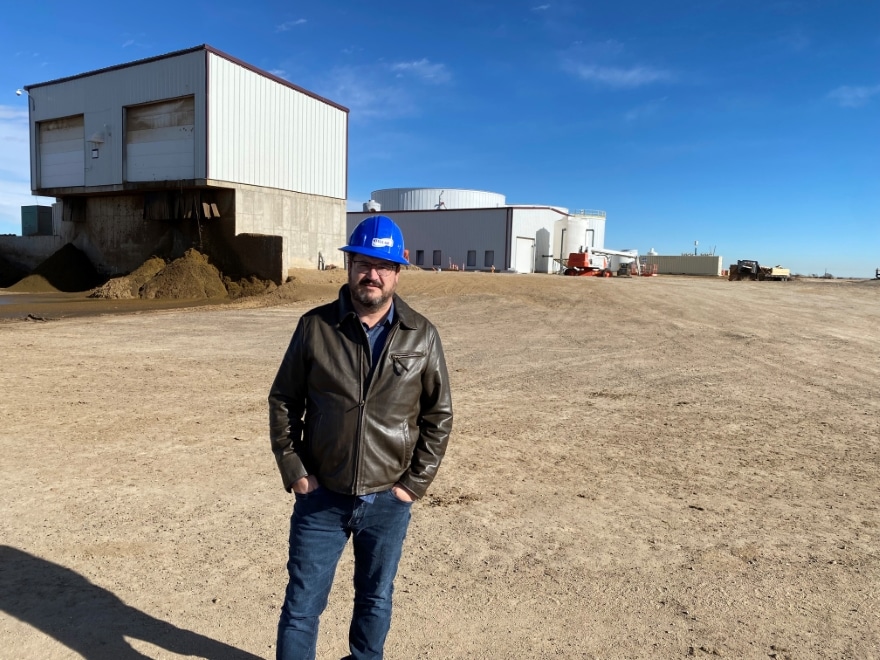 Outside of work, Piepgrass likes to collect old clothes irons that use different energy sources—coal, gasoline, butane, natural gas, electricity—as well as lamps lit by whale oil and kerosene. To him, they offer a lesson about the energy industry’s potential to adapt and find sustainable solutions.

“The energy industry literally saved the whales because a Canadian, Abraham Gesner, discovered kerosene in 1853,” Piepgrass explains. “And then kerosene became the primary fuel source for lamps instead of whale oil.”

Today, Piepgrass is playing his part in next-generation energy transitions, both at work and at home, where he’s invested in rooftop solar and a hybrid vehicle. And he’s proud to be working for Green Impact, which he calls “a great and growing organization.”

“We aren’t just here to build and walk away,” Piepgrass says. “This is important because a lot of customers in our space get sucked into agreements with companies that over-promise and under-deliver. But we are agnostic with technology and materials; we can apply whatever we need to for the circumstances that we are in.” 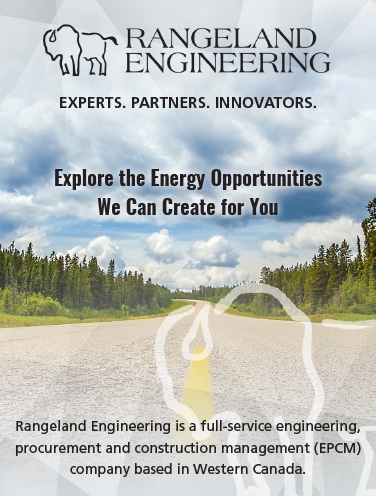 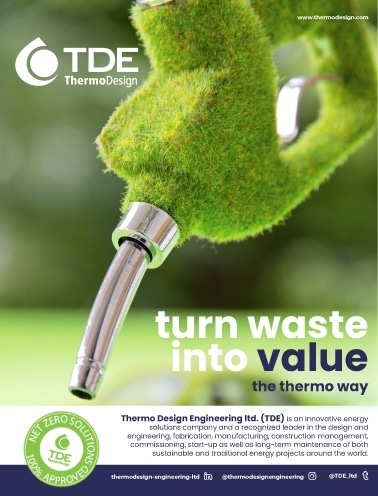