When one’s own house is in order, it simplifies the task of building others.

That’s Steve Smith’s message as he takes a break from remotely overseeing construction for Houston-headquartered Chesmar Homes to chat with Blueprint this past August. At any given time, he’s got a couple hundred houses under construction.

Greater Houston remains the hottest market, but there’s also much happening on the vast plains and Hill Country, Chesmar having divisions in Dallas, Austin, New Braunfels and San Antonio. Managing the is a formidable responsibility under any conditions, and recent times have been anything but ideal. 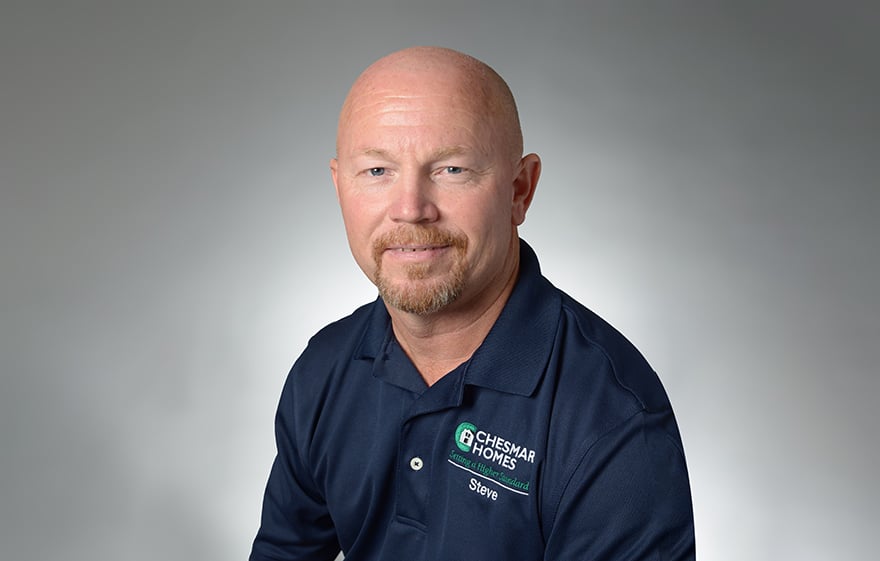 But housing demand remains high in the Lone Star State, its urban centers drawing corporate relocations and expansions while the wide-open rural spaces are inviting even to those without a cowboy or cowgirl mentality. COVID-19’s effects on social distancing and supply chains notwithstanding, the combination of healthy business climate, reasonable living costs and agreeable weather continue to stimulate construction of single-family homes and townhouses.

“We’re meeting the demand, it’s just taking longer to do so,” the intense but hospitable Houston resident says. “This pandemic has been devastating to so many industries.”

And not just the pandemic. Last winter’s very un-Texas-like deep freeze wreaked havoc on industries vital to homebuilding. Some of Chesmar’s most reliable vendors lost weeks of productivity due to burst water pipes, power outages and even roofs collapsing.

“At least in my lifetime, we’ve never had that kind of weather,” the 56-year-old Smith muses. “It had a definite effect on our industry with so much time lost.”

Still, it’s been a productive last couple of years for Chesmar, with Smith crediting the company’s culture and business model.

A company has got to retain its best people and attract new ones. Smith says this is how his employer keeps pace or even stays ahead of the bigger builders. Vice president of construction and operations for the last four years, and a construction manager during Chesmar’s startup days of 2006, he’s seen few onsite supervisors leave and many more arrive.

The new construction managers have almost always come via referrals. Reputations spread fast in this industry, he says, and if there’s a vacancy pending and one of his hires claims to know of someone worth a look, Smith will pay heed.

“Nobody wants to recommend somebody who will embarrass them,” he says. “You don’t always learn much just by interviewing somebody, but if one of your best guys recommends somebody they know from other work, then they’re probably a good one.” 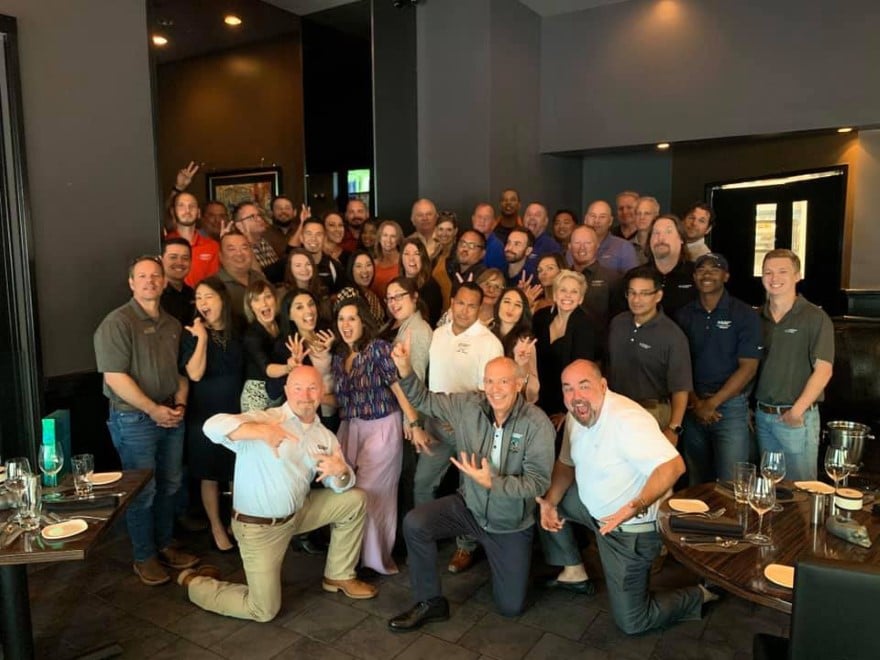 The good ones still may need incentives to join Chesmar, Smith explaining how construction managers typically take a short-term financial hit upon changing companies. Each new house represents a bonus for a construction manager. Thus, a new manager may go months without a bonus, living just on salary during the three or four months between groundbreaking and turnkey.

“If we recruit an experienced construction manager, I’ll take a look at what they have and find a way to mitigate their losses on a case-by-case basis,” Smith says. “It’s the way you have to operate.”

It seems a shrewd enough approach. In his four years as a vice president, Smith’s stable of construction managers has increased from nine to 21, all from referral. The only one he’s lost left voluntarily for a position out of state.

Smith also intent on recruiting and nurturing young “Chesmarians,” he’s monitoring construction-management programs at the universities. With some of his personnel nearing retirement age, he wants a new generation ready to step in and sustain company values.

“Our culture is very important to us,” he says. “When we recruit people, a huge consideration is whether they’ll fit our culture and values. There are a lot of values we live by.”

Not by dollar alone

Smith has been a good fit, with his values and work ethic garnered from 21 years in the Army and aviation. His direct superior and the company’s owner also having military backgrounds, there’s a mission-oriented mindset, albeit with cartoon characters on a game-room wall to remind everybody not to be too serious.

“It’s people first. If you take care of people, build a great home, provide a great experience for your buyers, the dollars will take of themselves,” Smith says. “Focus on dollars and people get sick of you. The dollars disappear.”

So, it’s been a satisfying second career for this veteran who got his start framing houses as an Austin Peay State University student. The Army giving him opportunity to enhance his skills, he was well-prepared to be among the catalysts for Chesmar’s growth. 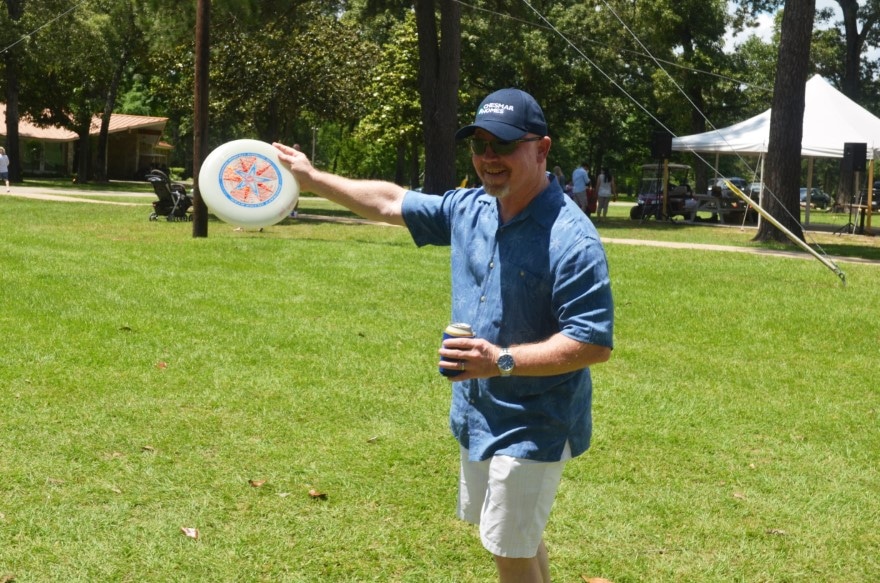 The company was only around a year old when he became a construction manager and there were some hard times with a great recession dawning in the late 2000s. But the company endured that as well as the later pandemic and its ripple effects. Last year the company continued to expand its workforce, and with the supply of new houses down, demand—and price—only increases.

As summer slowly gives way to autumn, Smith’s hoping the Texas Gulf Coast will be spared an unforgiving hurricane season. He’s endured several, with Harvey in 2017 being the worst. Chesmar going beyond stringent building codes, he says the houses have weathered the storms through windstorm reinforcements.

While commercial construction is also booming in Texas, Smith prefers residential. The other kind tends to be too contractual and not as conducive to family life. A married father of two daughters, he also likes to play hard, with boating, hunting and spending time with families around the pool.”

Though work can be fun as well. Maybe even more fun than cheering on the Texas Rangers, mired in last place in the AL West.

“When it’s Sunday night and you don’t dread going to work Monday morning, you’ve found the right career,” he says. “Not many people have that.” 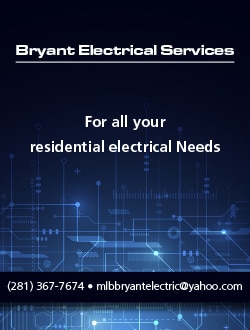 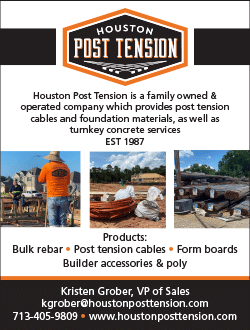