It’s been an unusual three years for residents of the Cypress Run apartment community in Orlando, Florida. Building by building, they’ve been temporarily moved to furnished units, leaving their furniture and possessions behind for about six weeks.

The relocations are needed because contractors have been renovating exteriors of the community’s 31 buildings, including replacing the covered exterior stairwells. After residents return home, the process begins anew at another building. 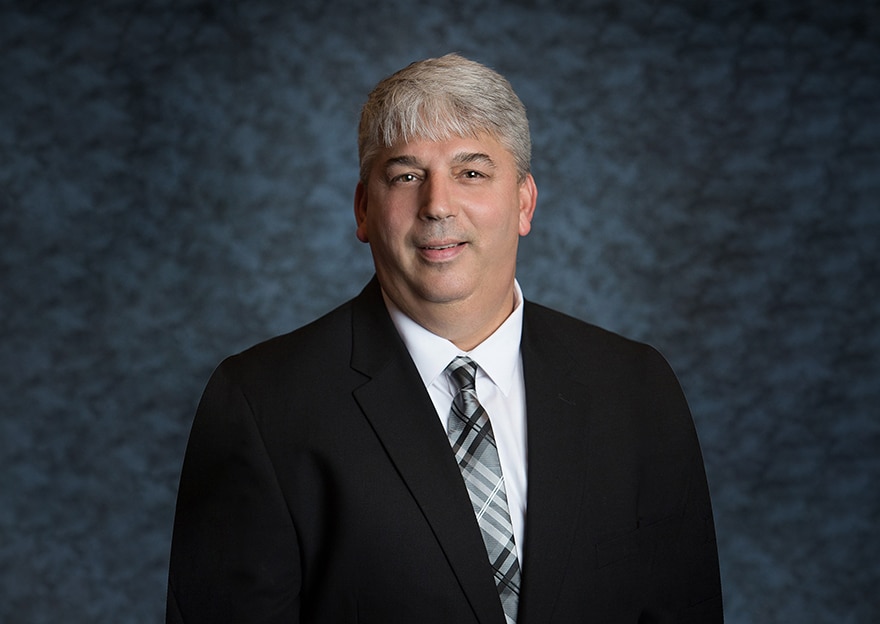 Steve Hayworth, the director of maintenance for multifamily housing served by Drucker + Falk, is helping oversee the project that’s scheduled to be completed in July. It’s perhaps the most unusual request of residents he’s seen in his 35-year property management career. But he says their cooperation also shows the level of trust they have in his company and the contractors completing the work.

“The residents have been very understanding,” he says. “It will look like an entirely new community when we finish and the residents are very pleased with the outcome.”

Based in Newport News, Virginia, Drucker + Falk is approaching its 85th anniversary managing multifamily residential and commercial properties. Emanuel E. Falk and A. Louis Drucker began working together before World War I when Falk was employed in the Drucker family’s grocery store. In 1938, they each invested $100 to found the company.

Drucker + Falk remains a family-owned company with properties in the mid-Atlantic, Southeast and Midwestern states including Ohio and Indiana. Though Drucker + Falk is a third-party manager, Hayworth says its DF Ventures syndication unit has an ownership stake in 15 to 20 percent of the portfolio.

“It’s a family company and they treat people like family,” Hayworth says. “We promote based on merit and we have plenty of people who’ve been with the company for 20, 30 or 40 years.” 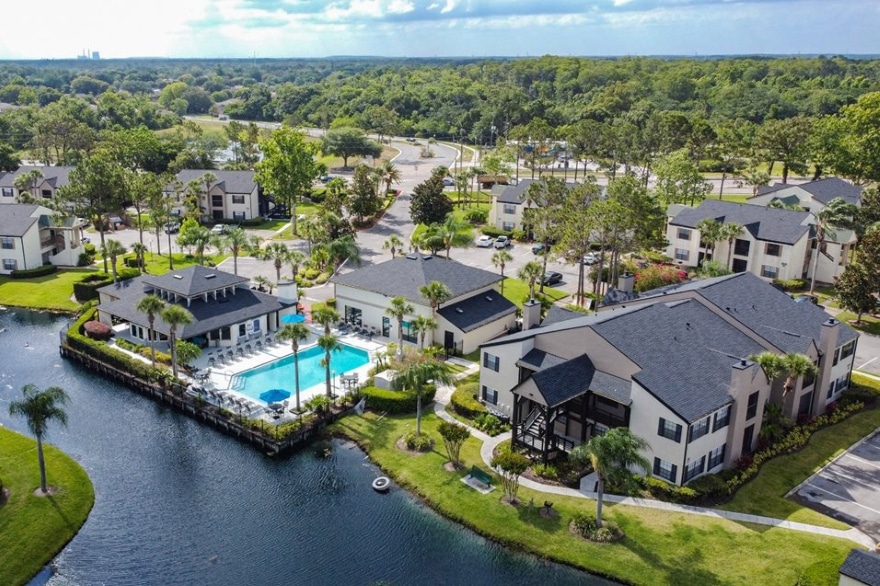 Hayworth is responsible for managing the residential properties—about 40,000 units. He’s been director of maintenance since 2008 but began at Drucker + Falk in 1986 as a groundskeeper. Before becoming maintenance director, Hayworth was a service manager and then a regional maintenance coordinator.

“I was very comfortable at my last job on-site. I was there for seven years and I had a good handle on things,” he says. “In my current role, I can’t be hands-on with everything. I realize we need to hire the right people, provide them the necessary tools and step back to let them do their job.”

While he can’t fix everything on his own now, he does lend his experience and expertise when needed. Cypress Run is the most recent example. Hayworth worked with the regional property manager to help plan the work and ensure residents had temporary housing. He also helped to select materials and then sent the project out to bid.

In 2019, contractors began replacing the exterior stairwells and the roofs covering them while also repainting building exteriors and re-shingling roofs. Hayworth says the improvements are visibly dramatic to Cypress Run residents, guests and prospective residents, making the temporary relocations well worth it.

Hayworth says his experience in property management also came in handy at a previously managed community in Charleston, South Carolina, in 2015. The owners were looking to replace roofs on 12 apartment buildings, five garage buildings and the clubhouse. 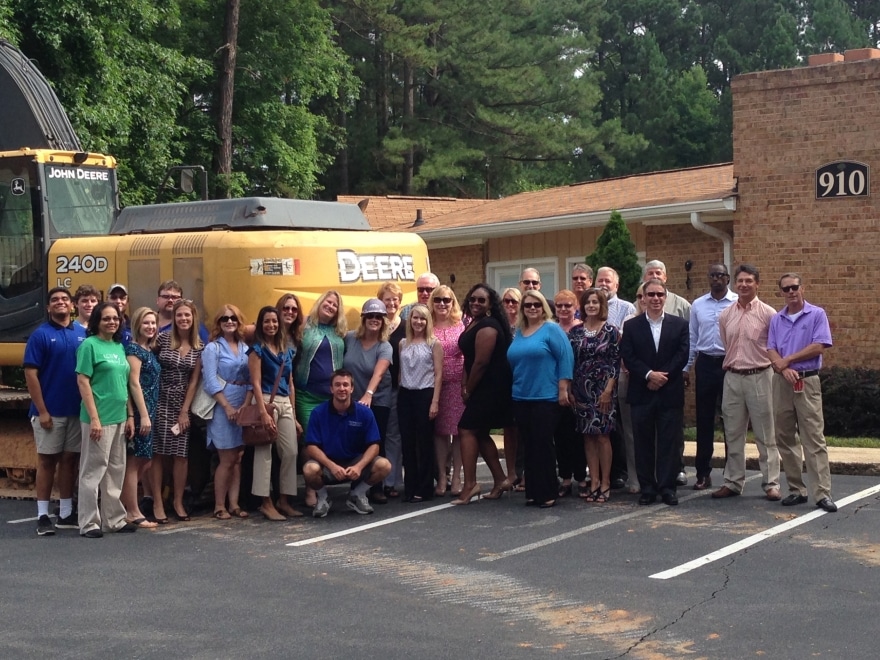 The project was expected to cost more than $500,000, but when Hayworth made a site visit, he found the roofs had been damaged by wind and hail. He brought a local contractor and an insurance adjustor on-site, enabling the owners to successfully file a damage claim to cover the project. The cost to the owners was reduced to the insurance deductible—$10,000.

In 2017, Hayworth helped oversee the $2 million renovation of an apartment community in Raleigh, North Carolina. Highlights included demolishing the existing clubhouse and replacing it with a new state-of the-art one with a new swimming pool and a new pool house.

The company also upgraded the exteriors and interiors of the buildings and units with new plumbing, lighting fixtures, appliances, cabinets and counters, and flooring. As a result, the property’s value increased and residents enjoy a higher quality of life in a garden apartment setting, Hayworth says.

When Hayworth began as a groundskeeper for Drucker + Falk in 1986, he was as concerned with raising a young family as he was with building a career at the company. More than 35 years later, the North Carolina native has five grandchildren and is concerned about the future of his profession.

Not enough people know how rewarding multifamily management and maintenance can be, he adds. It’s work requiring skills in plumbing, carpentry, electrical and HVAC systems—with the added element of interacting with residents.

“These are historic times. The labor is scarce and supplies are more expensive and harder to obtain even as occupancy and rental rates increase,” Hayworth says. “Many people don’t realize how great a trades career can be. The pay scale and benefits have increased dramatically, too.” 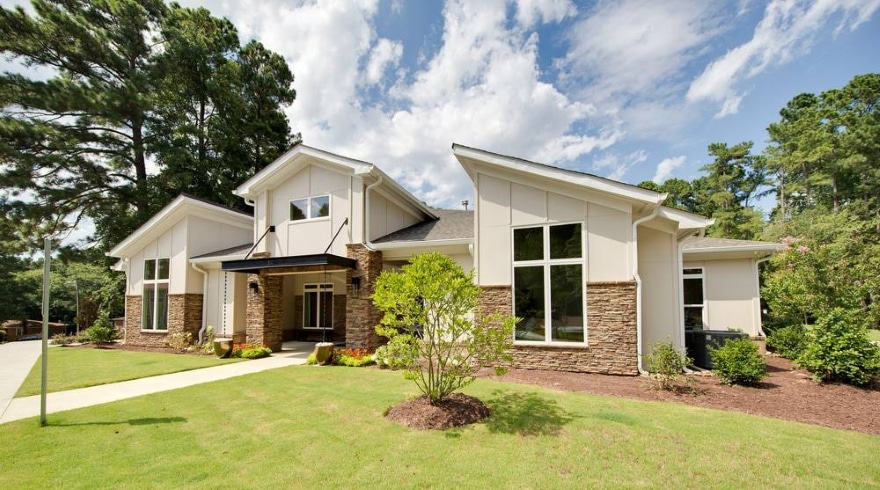 To counter labor shortages and increase training in trades even before students graduate high school, Hayworth says he and Drucker + Falk staff attend career days at high schools while also increasing outreach to instructors in the trades.

They’ve also begun working with community colleges to support CAM-T, or certificate for apartment maintenance technicians courses. As well, they had resumed live safety and training meetings until the recent spike in COVID-19 cases.

“What we do is so unlike any other customer experience,” Hayworth says. “We’re part of the most private parts of peoples’ lives. We provide homes to people and families. We’re around their children, pets and significant others. It’s a humbling and honorable thing.” 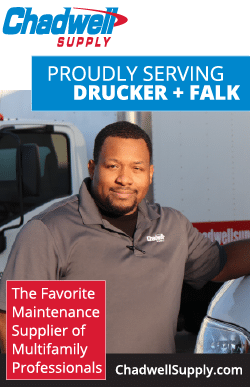 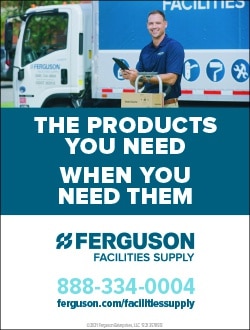 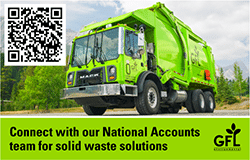