You can’t complain too much when the traffic backs up on Interstate 405 between Seal Beach and Costa Mesa. For many of the 16 car-jammed miles, the vistas of wildlife are breathtaking.

The scenes of plants and animals are at once real and imagined, molded and engraved into the concrete walls, dividers and sound barriers lining the highway. They represent the wildlife not far beyond the roadside, and the skilled artistry of a company working practically in its own backyard.

“It’s a kind of thing when people ask me what we do, they don’t really have any idea,” says Steve Deering, founder of Spec Formliners Inc., which created the designs and the molds used for the images. “But after I show them a picture or provide an artwork or motif, they say ‘I’ve seen those.’”

At a cost of $1.9 billion, the I-405 improvements add travel lanes, improve interchanges and create 11 adjacent bicycle lanes, all on a road used by 370,000 motorists daily. It’s the sound barriers beside the freeway Deering is proud of, though. 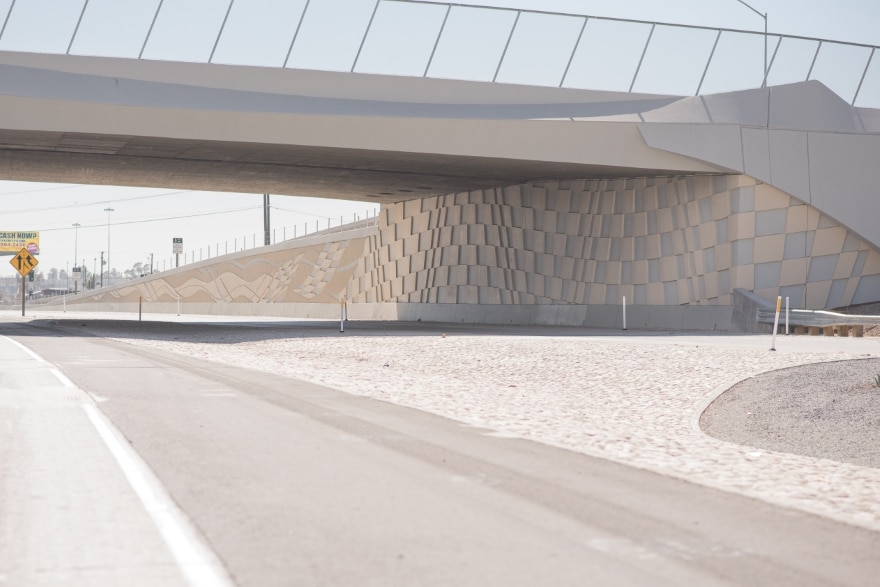 “The 405 walls have seals jumping through kelp beds, herons in wetlands, hummingbirds, poppies, all kinds of stuff in it, and all in different places,” he says.

Deering likes to involve Spec Formliners in projects as early as possible, consulting with transportation officials and landscape architects and getting work through a well-developed network.

“We work with DOTs, through their concepts and set up a large table here with the work we do,” Deering says of pre-production. “Then we put together our own drawings, likely 3-D, and build a full-sized model.”

Scenes in California pay homage to the history of the Southern Pacific Railroad with a diesel locomotive pulling a winding passenger train right at motorists. Grapevines cover barriers along a Napa, California, highway. A new project for the company on I-5 near the town of El Toro will bring back the area’s ranching history, Deering says.

Cuts above and more

Based in Santa Ana, California, Spec Formliners has a national imprint that includes a 40,000-square-foot production facility in St. Clair, Missouri, but the company does 40 percent of its work in California, Deering says.

“We don’t do any of the contractor work; instead we provide a giant jello mold for concrete to the contractor,” Deering explains.

Pour. Dry. Peel. Repeat. That’s the process for erecting the sound barriers along a highway, but making the molds is more complex for Spec Formliners, and the material is way tougher than what holds a jello fruit salad in your fridge.

It begins by hand, Deering says, as the image or pattern is carved into clay.

“We create a duplicate of what the concrete is supposed to look like, then make the opposite for the mold and send it to the contractor,” Deering says.

Images are supplied by artists and landscape architects, whereas preliminary ones are drawn by the company, Deering says.

“We have hand scanners too,” he adds. “We scanned the San Juan Mission walls so the wall we created matched the hand-crafted wall in San Juan Capistrano.”

The molds come in three different grades of thickness and durability that can allow reuse as a project marches down the side of a highway, Deering says. Molds vary in size from 4 feet by 12 feet to 8 feet by 22 feet and all can be emblazoned with imagery etched into them by a computer numerical control, or CNC, machine.

It wasn’t all about roadwork when Deering founded Spec Formliners in 1996, he says. In those days, about half the company’s work was commercial, such as making the molds used for Home Depot’s exterior walls as the big box store expanded. 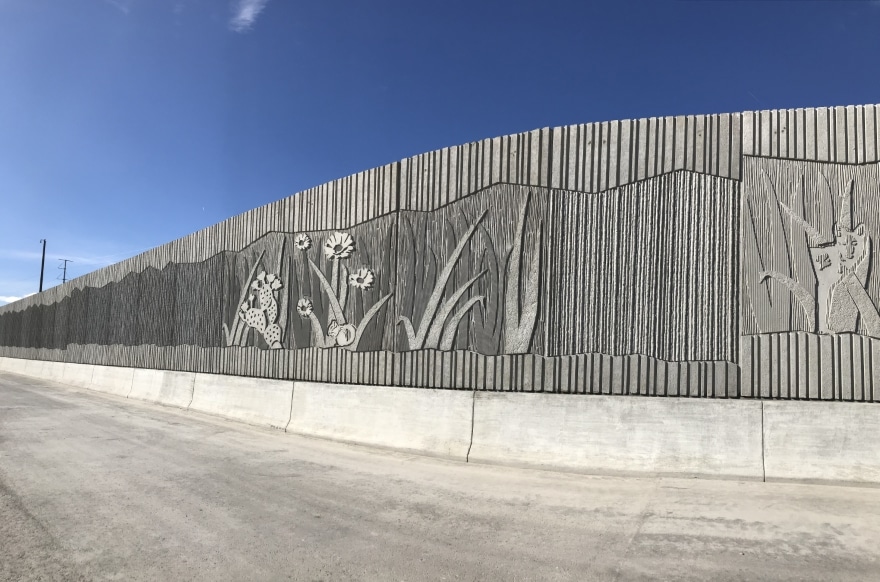 When the recession hit in 2008, Deering moved away from the commercial market to focus on infrastructure, and into markets in Mexico, Canada and Singapore.

A student of Indiana University, Deering has prior sales experience at Royal Business Machines. Spec Formliners is not the first time he has owned a business, he says. His pre Spec Formliners covers industries, ranging from bleeding edge computer related technology to a business providing real ocean water to pet stores, the Long Beach Aquarium, and Las Vegas hotels.

Approaching retirement age after spending years worried about growing the business, Deering says he will keep a hand in by helping business growth on the East Coast and developing new products. He remains hard-pressed to name his favorite job created by Spec Formliners.

“Most of our projects are unique,” Deering says. “There’s always a challenge, and the pleasure is in doing a new motif of some scene you know will be cast in stone.” 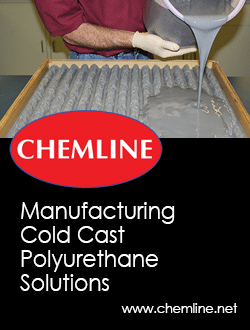