While his career in architecture and design has taken him all the way to the Middle East, Steve Berry’s home remains in a different arid climate: the Valley of the Sun in and around Phoenix.

Now senior vice president of architecture and design for Robson Resort Communities, Berry ensures the company’s portfolio continues to provide the best possible features and amenities to its 55-and-older residents in Arizona and Texas. 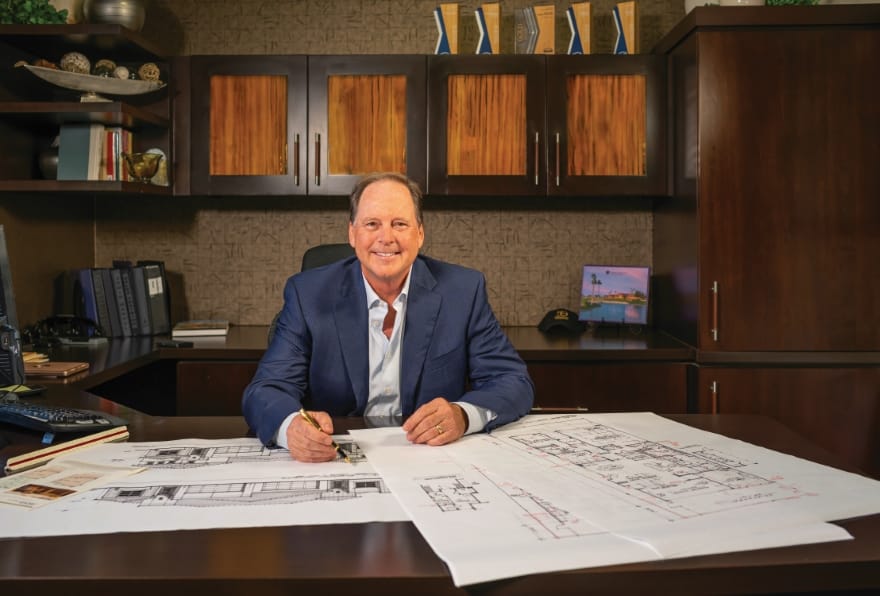 He likes to listen in as potential buyers tour homes, and relishes working with internal teams to create new floor plans and features such as elevators and garages large enough to store RVs. More than anything, he enjoys the immersive nature of the role and helping the 50-year-old company serve a new generation of residents.

“You’re on the hot seat—the decisions you make today affect the project and you can impact change in a very positive way,” says Berry, whose career spans nearly 40 years. “One of the challenges we have is to create a compelling vision for buyers that there’s a home of their choice.”

Robson traces its roots to 2,560 acres of farmland outside Chandler, Arizona, where Ed Robson and his partners began selling lots and mobile homes at the Sun Lakes community in 1972.

The company now operates five locations in Arizona and one in Denton, Texas (north of Dallas and Fort Worth), with a combined population of more than 50,000 people. 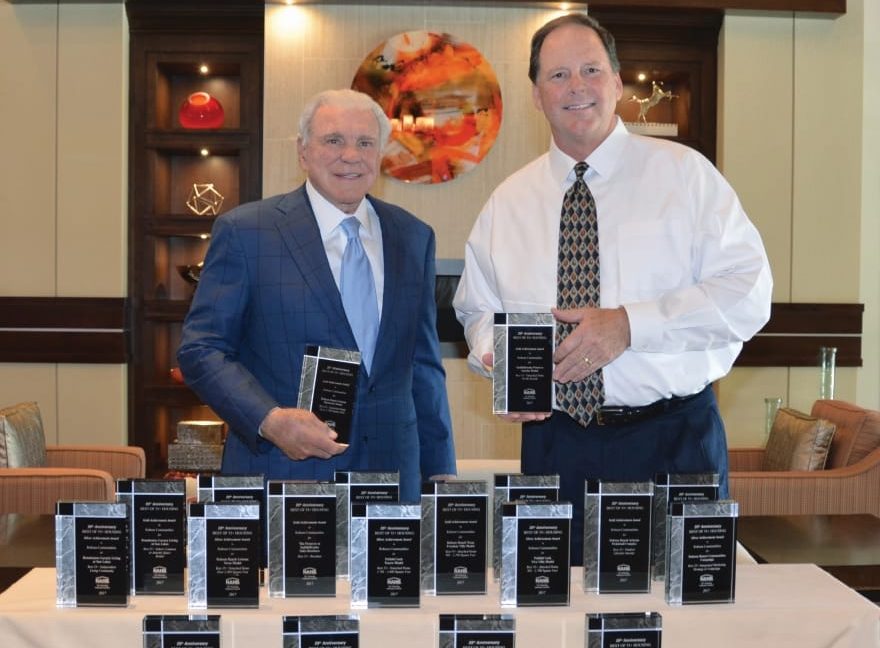 Berry’s work begins with concept designs during monthly meetings with a product development team that includes representatives from the construction, sales, marketing, purchasing and interior design departments. They discuss everything from floor plans to exterior designs.

Selling the Robson lifestyle is crucial, Berry says, whether a resident lives there part-time or year-round. From pools and golf courses to fitness centers and clubhouses, the goal is to keep residents active. Berry’s job is to ensure the home design is just as compelling.

According to Berry, buyers look for home amenities such as unencumbered views of nearby mountain ranges and shaded courtyards and covered outdoor areas in the rear of homes. They also want an abundance of storage space.

Home styles include villas and single-family homes with Spanish, ranch and desert contemporary elevations. Robson has nearly 80 floor plans for its communities and builds primarily to order for residents, Berry says.

There are also fully merchandised models and designer homes showing potential residents the range of styles, finishes and features, such as carpets, cabinets and bathroom styles. Those are also for sale—buyers can avoid construction times that have been complicated by supply chain issues and labor shortages.

While most Robson homes are single level, two-story villas are in the planning stages in the PebbleCreek community in Goodyear, Arizona. Berry says two-story homes have fit well in Denton as its more of a year-round community and residents are more likely to have family and friends stay over. 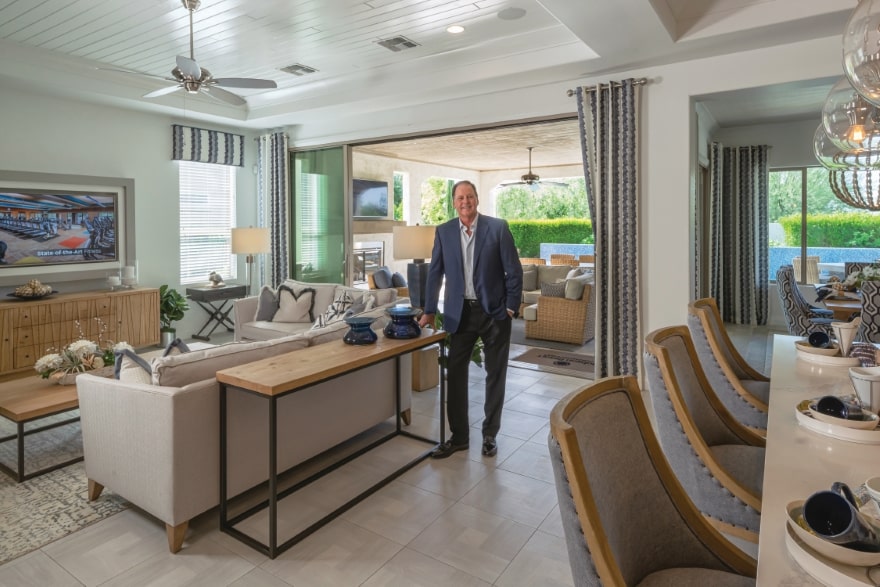 Robson is looking to offer elevators in the two-story villas, which Berry says is an increasingly popular feature in the Phoenix and Scottsdale areas. They cost less than might be imagined and enable residents who may face mobility issues to enjoy a second floor that includes a bonus room, an extra bedroom, a powder room or optional walk-up bar, and more covered outdoor living space.

Robson is also offering elongated garages that appear normal size from the street but are big enough to store an RV or be used as a workshop or studio space.

Berry has been interested in design-build questions and concepts since he played with Lincoln Logs and blocks as a boy in Stockton, California. After his family moved to a small town in California’s Sierra Nevada Mountains near Lake Tahoe, he also developed an interest in landscape architecture and managed the family’s substantial vegetable garden.

Berry earned an associate in arts degree in engineering from San Joaquin Delta College in 1978 and a bachelor’s degree in architecture from California Polytechnic State University – San Luis Obispo in 1982.

After serving 11 years as a senior associate at Lorimer Case Architects in Southern California, he joined Del Webb Corp., as vice president of architecture and product planning in 1995. He learned more about the design-build process there, and the Phoenix area became home. In 2001, he joined Linderoth Associates as director of design, then helped lead DMB Associates on the design and construction of its Verrado community from 2003 to 2008. 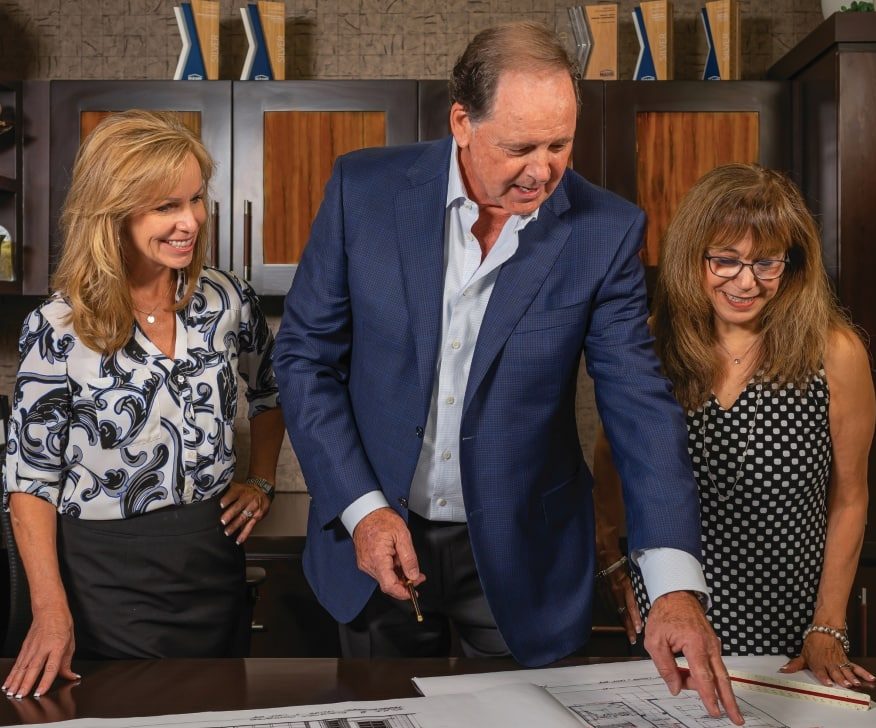 After the housing market crashed during the Great Recession in 2008, Berry took on a new opportunity in the United Arab Emirates as senior design manager for TDIC from 2010 to 2012. He gained new experiences there, including working with large scale homes of 15,000 square feet or more, working with concrete frames (instead of wood) and using the metric system. After returning to Arizona, he worked as a consultant before joining Robson.

“Robson is poised and growing towards the future,” Berry says. “I just want to make sure that I’m helping us be a market leader and sustainable for the future of active adult housing.” 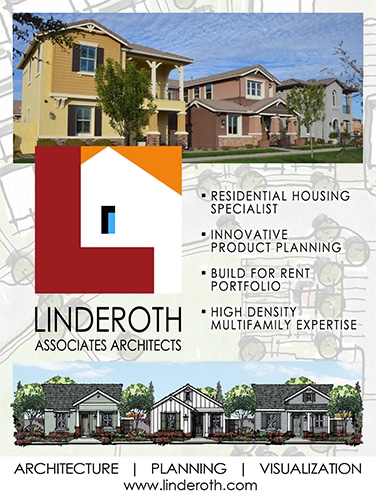 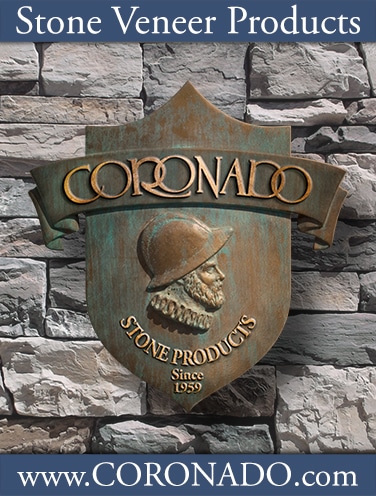 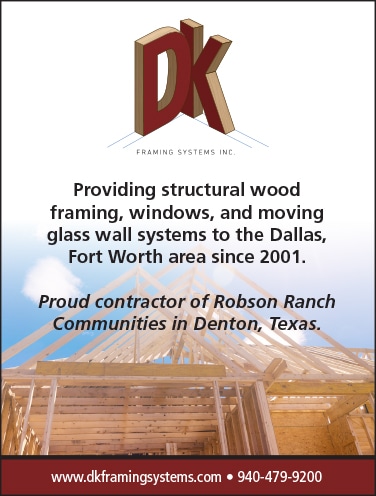 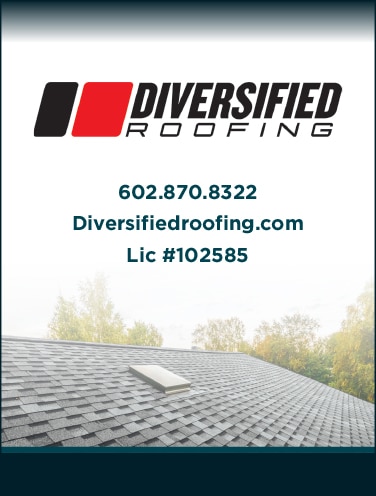