Always a man on the move

So says Stephen Powell, whose responsibilities include knowing the nuances of many airports and land-based freight operations around the world. 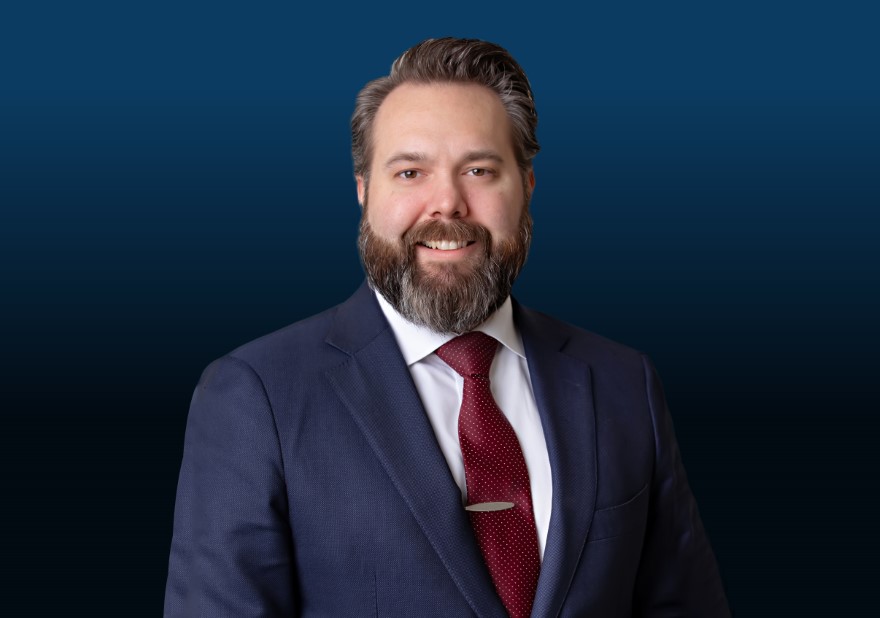 Having served as senior vice president of construction at Annapolis-based Realterm since 2017, Powell oversees a team of six as point man for the construction of cargo terminals that help sustain the global supply chain.

It’s a painstaking, time-consuming process during the best of times, which 2020 has not been—with COVID-19 threatening to throw the proverbial monkey wrench in the movement of so many essential products from Point A to B and beyond. But the goods must be on the go, albeit with stricter rules and regulations in every jurisdiction.

“I try to act as the guide rails,” the affable and passionate Powell tells Blueprint in early summer, shortly after Realterm’s Aeroterm division celebrated the opening of a new cargo facility at Sacramento International Airport. “I can pull them in or out depending on how much guidance the teams need.”

There wasn’t that much guidance necessary at the Sacramento airport, which went from pre-COVID-19 lease negotiation and groundbreaking to recent delivery of the 40,500-square-foot building in less than a year.

Though an international airport in the California capitol, it’s relatively modest compared to its major gateway counterparts in New York, Chicago, Miami and elsewhere. Now fully leased, the facility is transitioning to cargo operations. Its sustainability features, which include LEED Silver Certification and the latest in water and energy efficiency, should keep it in good standing with California’s progressive mindset. 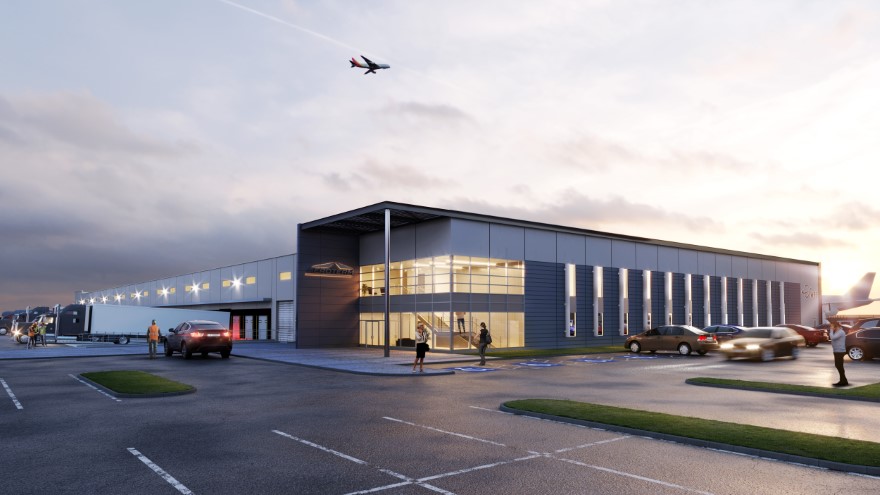 While Powell prefers to be hands-on, COVID-19 forced much of the oversight to be handled remotely, communicating with third parties via Microsoft Teams, headset and Realware two-way camera to ensure that evolving regulations were being followed. The company is also a stickler for adhering to any jurisdiction’s regulations at it relates to shutdowns, personal protective equipment and social distancing.

And the bigger the project and city, the more exhaustive the process, even before the company’s services can be accessed.

Big opportunity in the Big Apple

That may be especially true in New York City, where Realterm is poised to tackle the development of a $160 million cargo facility, the plans for which have been a decade in the works. It’s a project that requires the demolition of two buildings and massive roadway upgrades to accommodate truck turnarounds. When finished, there will be 300,000 square feet of needed cargo space, with another 50,000 square feet set aside for offices. 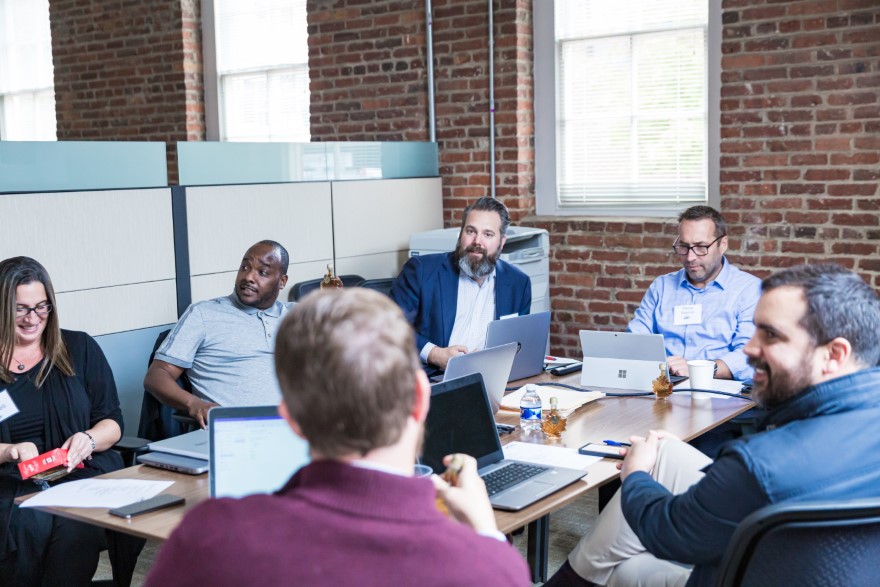 Stephen with his construction team in the Annapolis, MD headquarters

Not wanting to keep Cuomo and company waiting any longer than necessary, Powell is confident that Realterm can consummate this project within two years with the help of longtime general contractor, VRH of Englewood, New Jersey.

A specialist in aviation construction, VRH will be on familiar ground, having handled multiple projects at JFK International that include the multiphase buildout of a 1.5 million-square-foot American Airlines terminal as well as upgrades and additions in other areas. 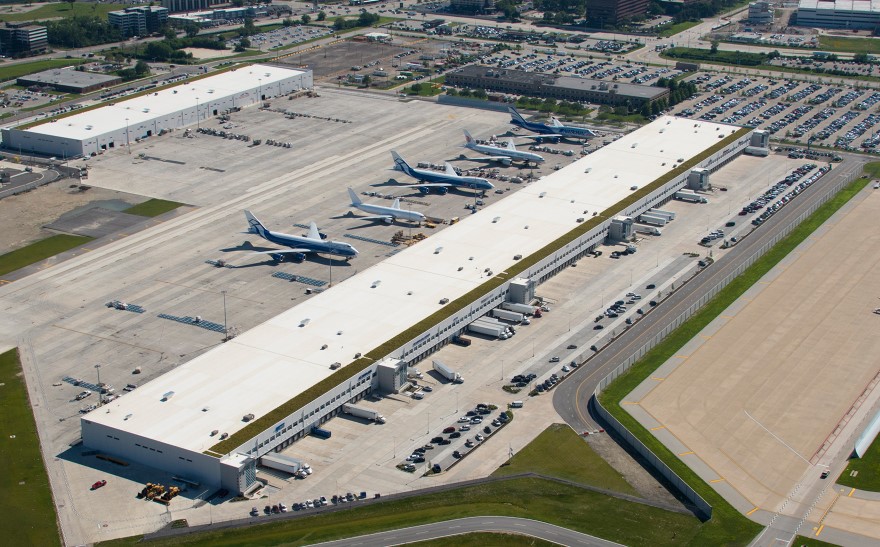 “They’re very knowledgeable about New York airports and incredibly responsive,” Powell says. “I don’t know how they’re able to turn estimates around so quickly. We went through the competitive qualification process and their extensive knowledge of the JFK airport set them apart from the pack.”

“The cultures of our companies align very well respectively, and to date it has been a very positive experience working through the preconstruction process,” he says. “Stephen possesses a leadership quality that lends itself very well when working with a large team that include ourselves as general contractor. His approach is for a total team effort and allows for all parties to blend their unique abilities to reach the common goal.”

“Leadership by the owner is a key to success on any project, and with Stephen’s oversight we are well-suited for the execution of an extremely successful project.”

While JFK International tops Powell’s current to-do list, he’s got other projects to oversee, including a $70 million expansion at a Miami International Airport cargo facility and the final phase of a facility upgrade at Chicago’s O’Hare International Airport. A Georgia project calls for the demolition of a moldy building by September, with the foundation preserved to be topped with a modular structure, saving the client time and money.

Though Powell’s credentials seem impressive enough—a BS in civil engineering from the University of Maryland College Park, a slew of professional designations and a full resume—he won’t claim to always be the smartest person in the room. 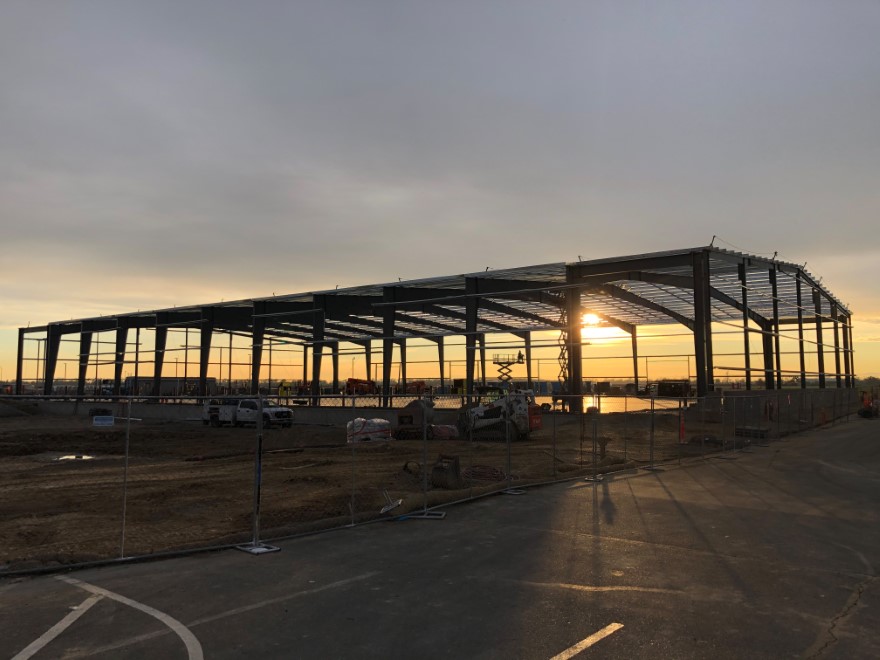 He’ll often defer to his construction manager, who might be more familiar with specific details. The half-dozen people under Powell’s wing do most of the traveling, hence the need for their collective experience to factor in decision-making.

In the wake of COVID-19, the first month of remote work was challenging, Powell says. Daily Microsoft Teams meetings kept everyone abreast, and while some projects have been temporarily stopped, much essential work proceeds as scheduled. He envisions an even stronger operation when and if there is a mitigation of COVID-19, the remote work sharpening everyone’s tech skills.

“I tell the folks something I got from one of my VPs in a former role,” he says. “‘You need to make sure you do not fall into a routine like a ball in a valley. Every day you need to push yourself out of the valley.’”

That pretty well describes Powell’s own career path, which included stops at The Whiting-Turner Contracting Co. Inc., The JBG Companies, and Penzance prior to Realterm. While the early positions leaned more to the general contractor’s side, Penzance and Realterm have been more about real estate and development. 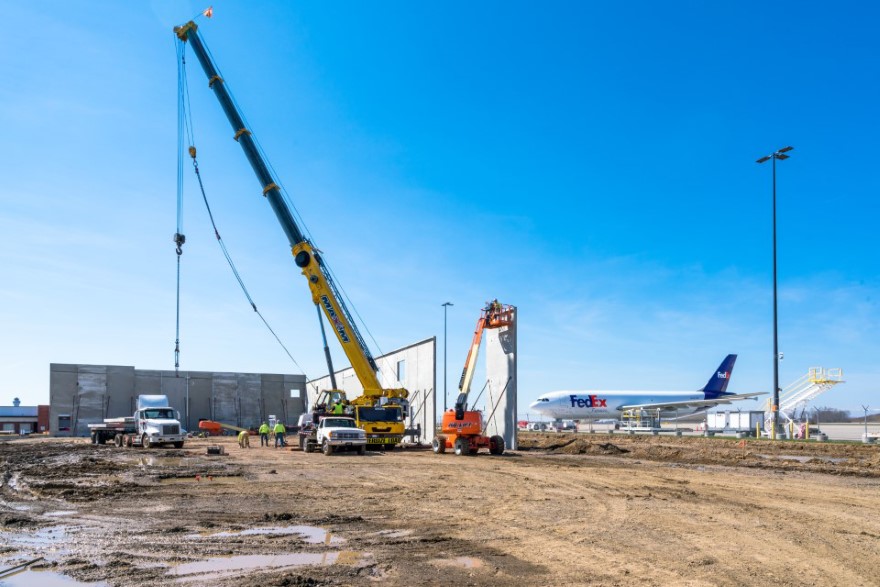 The result: a more well-rounded perspective—and an expertise to match.

“The real estate side provides insight into why you do something as opposed to how you do it,” he says. “That’s what drew me into it after all those years on the construction side.”

There’s also so much at stake.

“You’re changing the landscape, providing jobs and, hopefully, building a better infrastructure for the nation,” he says. 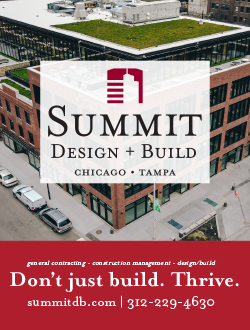