Hands-on the machinery and personal touch with personnel

MacEwan University may be in Western Canada, but the people who comprise the facilities department speak at least one word in Japanese: muda.

That, explains Stephen Luyendyk, translates as waste or uselessness, terms that were anathema to him and his crew even before 2019, when an outside speaker put a catchy name to the many factors that can set an organization back. It’s since become part of the MacEwan facilities department vernacular. 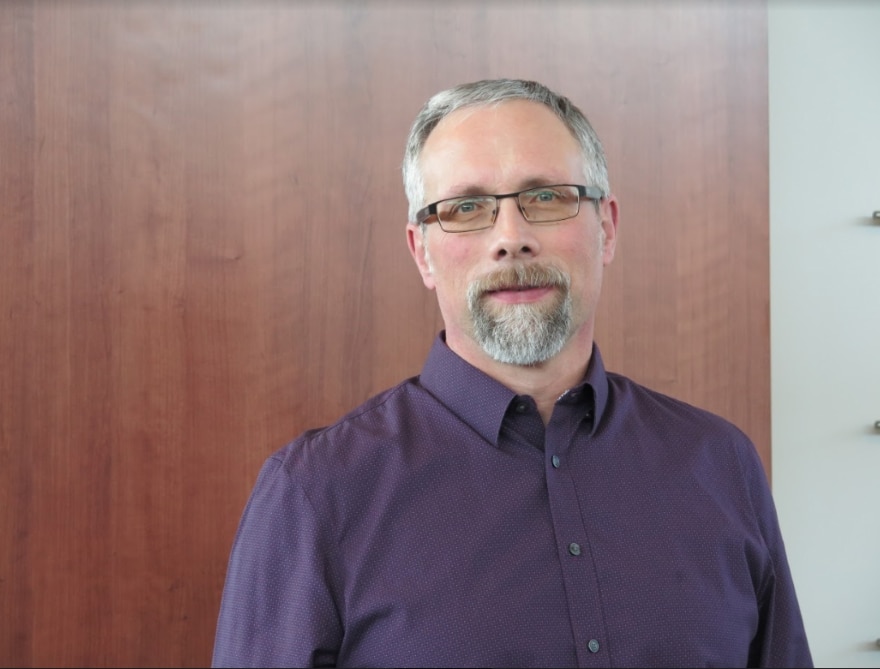 It’s not just about projects missing deadlines and budgets, Luyendyk tells Blueprint in late winter from the MacEwan campus in Edmonton, Alberta. It’s just as much about the processes that enabled the inefficiencies.

And while his job title since 2019 has been director of facilities operations and maintenance, circumstances over the past year have had him stepping outside his traditional responsibilities. That’s fine with him—he’s eager to apply the anti-muda mindset wherever it might benefit this public undergraduate university with its 12,000-plus student body.

“Whatever causes downtime—defects, wait times, lack of transparency, too much inventory—we brainstorm and practical solutions emerge,” he assures. “Every staff meeting, we allow time for staffers to bring up a case of muda that they’ve seen.”

The university’s four faculties and two schools include a robust business administration department, but Luyendyk says there is some muda in the way it has functioned, with classes spread out in two buildings on various floors. Everyone agrees it’d be more efficient if students and faculty could gather in one physical school of business, and Luyendyk has a prime role in bringing that to fruition in the next few years.

Though the university has most of the property, it still needs to acquire a modest corner lot from the city—around 200 by 150 feet—that’s divided by a diagonal road that would be redirected. Utilities also run below that pavement and would have to be moved. 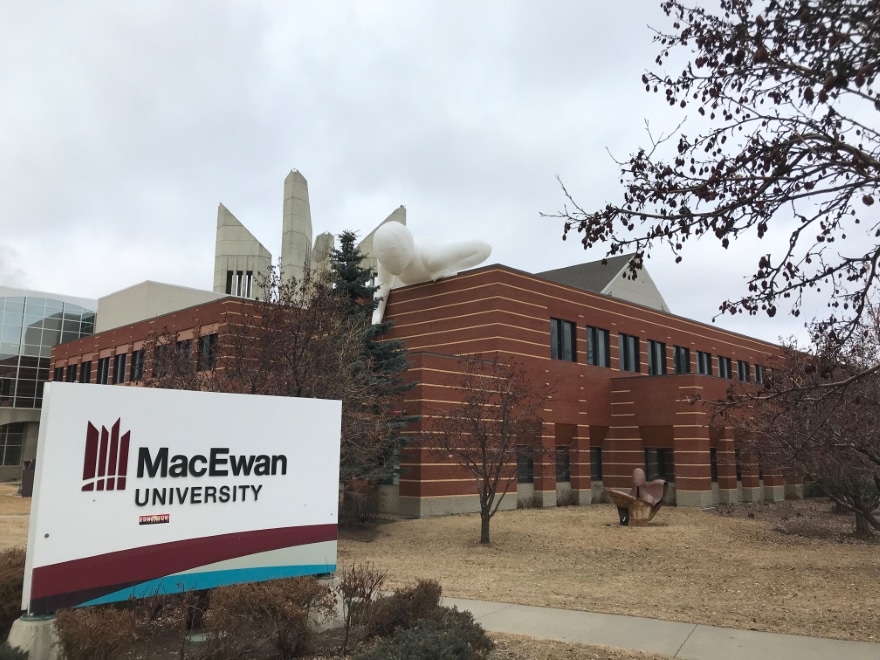 The details of that transaction were all but finalized when Luyendyk spoke with Blueprint, with he the university’s point man. Something of a battlefield promotion, he says about his role of bringing people to the table and leading the discussion, but it’s one that complements his skill set.

“I don’t normally manage the pre-planning and land acquisition, but our associate vice-president of facilities retired, and I got handed off the work,” he explains. “I’ve been learning as we go, working with the in-house and city legal team and various other parties in bringing the plans forward. I’ve basically told the city, ‘This is what we want. What do you need from us to make it happen?’”

The city is generally supportive of the university’s plans, and Luyendyk looks forward to the rest of the project getting underway. There’s still preliminary work before groundbreaking, he says, and 2025 appears the earliest for the new business school to open. It might include a central heating plant which will support additional buildings and future construction, and any cost savings will be appreciated in a setting where six to eight weeks of subfreezing mercury marks winter as usual.

Leading the land acquisition and participating in the municipal permitting process won’t take Luyendyk from his other duties. Here, and just about everywhere, it’s been a challenging year with COVID-19 affecting so many operations and funding tight from the provincial government. While the university has stayed open for students, fewer have been physically present, and that’s given the facilities team more room to tackle projects without disrupting classes. 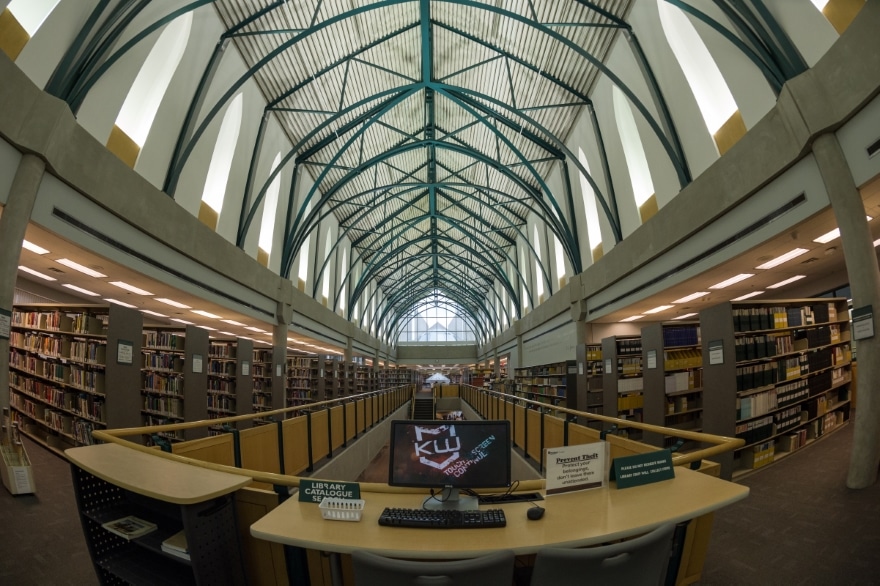 “We’ve taken advantage of vacant space by getting work done that we normally can’t do during the school year,” he says. “In some ways it’s been a blessing in disguise. We’ve been busier than ever.”

And there’s always the unexpected, such as a flood on the top floor of the fine arts building that took more than two months and $1 million to repair. All the more reason for a centralized heating plant, reminds Luyendyk, adding how it would augment other energy-efficient programs.

He speaks proudly of the facilities staff garnering a couple of International Organization for Standardization certifications for quality and energy management and how prudent the department is when deciding whether to replace or repair old systems. He pushes his lean staff to enhance their own qualifications, as he has done, because opportunities to step up can happen most unexpectedly. They have for him.

Down on the farm

A 1999 Northern Alberta Institute of Technology graduate, Luyendyk plied his skills in health care before stints in academia—University of Alberta from 2008-13 and his alma mater from 2013-15. After a year-and-a-half as facility services manager at PCL construction in Edmonton, he came to Grant MacEwan University in a similar capacity in 2017, but not for long.

Hired by a senior operational manager who never returned from a vacation, he moved into that vacant position, answerable to Associate Vice President Stuart McLean whose tutelage Luyendyk much appreciated.

“He told me, ‘Stephen, if you need help, see me, but I’ll stay out of your kitchen.’ That resounded immediately—one reason I left another job was because the boss was a micromanager.” 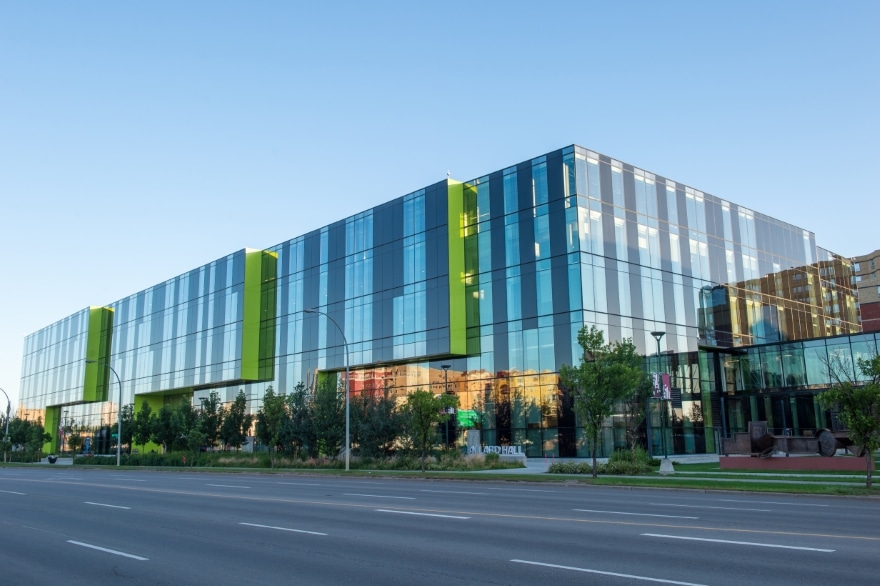 Luyendyk learned self-sufficiency at a young age, being raised on his parents’ dairy farm west of Calgary where, at any given time, five biological siblings and 22 adopted siblings worked and played with dozens of foster children.

His parents were active in church and charitable endeavors, and they believed that children from chaotic homes could benefit from the discipline and teamwork that comes with farm work. Luyendyk reckons he interacted with around 500 foster brothers and sisters while growing up, and hopes they gained as much from the land as he did.

“Hands-on experience, that’s where it began,” he says. “I’ve really enjoyed coming up with solutions to fix whatever’s wrong—an electrical fixture, a toilet, a boiler, you name it. It’s helped me in every job.”

And this could be the last stop in a fulfilling career that’s seen him ascend from the operational to supervisory ranks. Their two sons grown with children of their own, Luyendyk and his retired wife mull an eventual move to Vancouver Island, though that won’t be imminent.  There are still projects pending at MacEwan, though that will always be the case at a university.

After all, Luyendyk’s goal for MacEwan is to rid it of as much muda as is practically possible. 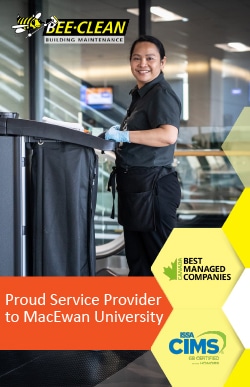 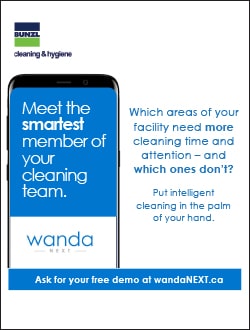