The good news just keeps on coming, the aptly named Chris Carpenter muses from the Nashville satellite of Alabama-based Signature Homes. For while the capital of Tennessee still may go by the moniker of Music City, far more than records are being made in this thriving southern metropolis with a climate largely spared extremes and no income tax to boot.

“Amazon’s bringing 5,000 jobs into this area,” the Signature Homes vice president of construction tells Blueprint in late April with another building season in full swing. “Bridgestone has its headquarters here and so does Nissan. A lot of jobs have moved here from places like California and Illinois. The Predators [a National Hockey League team] have set the town on fire. As far as music goes, it’s not just country and western; rock bands also call Nashville home.”

And with all those well-to-do folks sustaining the need for quality housing, Signature Homes is poised to keep answering the demand in suburban Nashville just as it has done in north-central Alabama since its 1999 founding there in the city of Hoover.

The past two years have seen the company close on 450 houses, but as the affable Carpenter reminds, “We don’t just build homes, we build communities.”

Those communities are for most any type of dweller, he goes on to say, be they young families or empty nesters or anybody in between. Included are such amenities as ample green space, pool and clubhouse, common area, dog park, hiking trails and ballfield, and a homeowners’ association in place to ensure some general rules that enhance quality of life for all.

If there’s a real estate bubble in Greater Nashville, it’s far from bursting though buildable land is becoming hard and expensive to come by, notes Carpenter. Nevertheless in 2018 the company completed 123 houses in what’s known as the Jackson Hills community of Mt. Juliet. This year’s plans call for another 125 on lots ranging from a quarter-acre to an acre.

As many as 90 percent of those houses are being built on demand rather than spec, he says, explaining that Mt. Juliet is a desirable and scenic little city 17 miles east of Nashville, home to a progressive school system, and among the state’s fastest growing municipalities. 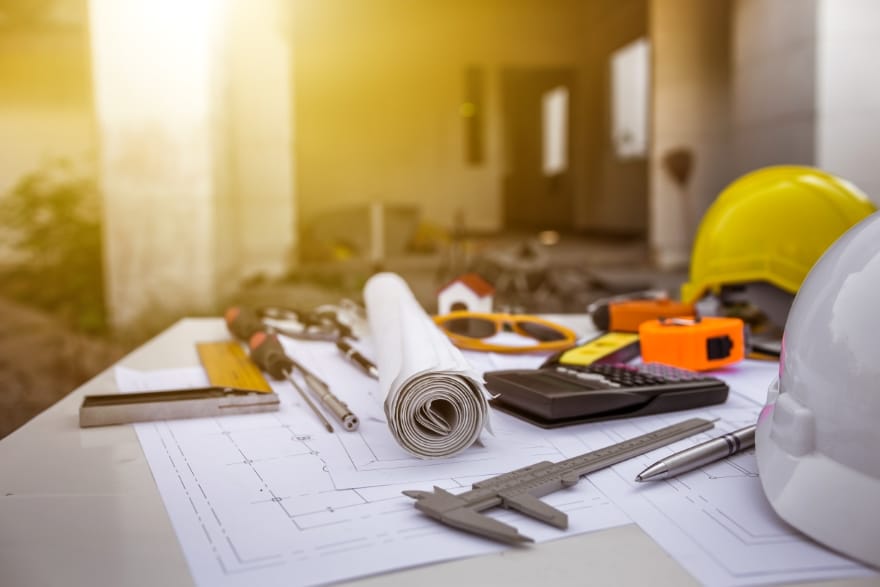 The Jackson Hills community certainly enhances that city’s growth, Carpenter says, adding that homes starting around $350,000 are within range of the middle class though there are pricier options well north of $800,000.

Meanwhile, about 25 miles south of Nashville in the unincorporated rural area of College Grove, Signature Homes has a couple of growing communities, McDaniel Farms and McDaniel Estates.

Life’s best down on the farm, as so many Southerners will tell you, and the McDaniel Farms homes would seem just what the country gentleman or lady would want. These homes are on the high-end, starting in the upper $500,000s with lush half-acre lots and the kind of front porch lifestyle so conducive to sipping iced tea or mint juleps. There’s a community garden, hiking trails with picnic area, fitness rooms, movie lawn and playgrounds.

McDaniel Estates’ selections start in the low $400,000s and have similar amenities.

While each buyer’s taste is taken into account, Signature Homes has some general parameters so that no house will look out of place in its community. There’s a diverse selection of floor plans, exteriors and square footage, but all houses can be said to have a Southeast suburban appeal.

“It’s a thin line between good character and vanilla,” Carpenter says. “We want to provide choice and take input while still protecting our brand. No crazy fluorescents. The exteriors match the communities.” 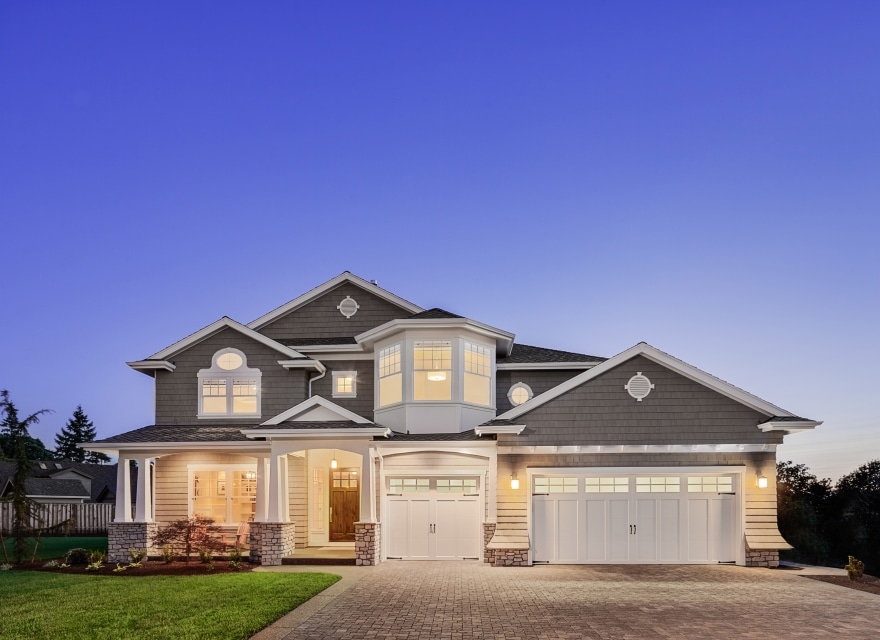 Having almost total control of the process ensures consistency as well as efficiency, he says, Signature Homes opting to do as much in-house as possible. The company buys and develops the land, interacts with buyers, provides a warranty and hands over the keys after a walk-through.

The company’s success also enables it to aid a favorite cause, for come June 23 another so-called Dream Home will be raffled off to one of 1,300 folks who bought a ticket. The proceeds will benefit the St. Jude Children’s Research Hospital’s mission of sparing families the cost of paying a sick child’s medical bills. It’s a cause that Signature Homes co-founders Jonathan Belcher and Dwight Sandlin embraced years ago in Alabama, and Carpenter is proud to carry it on in Tennessee.

“In a world that’s become so divisive, it should be easy for everyone to get behind a cause nobody can argue against,” Carpenter says. “No parent should worry about paying to keep a child healthy and as a company, we find it easy to stand behind St. Jude. Children come from everywhere—Africa, China, the U.S.—and there’s never any billing.”

Seeing those children up close also keeps the Signature Homes crew humble, though that’s a virtue that Carpenter says Belcher and Sandlin have long ingrained in their employees.

“Stay humble and stay hungry,” says Carpenter, a married father of three who came to Signature Homes in 2013 after over 12 years in a variety of roles with NVR Inc. which runs a homebuilding and mortgage banking division. Carpenter’s last duty there was as a regional production manager operating out of Chicago and Nashville.

As Carpenter explains, he wasn’t actively looking for another job, but just seemed to click with the Signature Homes team, which can now claim over 5,000 houses built in the South. According to the Hoover Sun newspaper, the company built over 60 percent of the new houses in that Alabama city between 2008 and 2017.

Obviously its operations are also thriving in Tennessee where Carpenter can take due credit, only he’s reticent about doing so.

“It’s head down and face forward,” he says, sounding like a golf pro. “No matter how successful you now are, you can be humbled very quickly in this business, as so many found out between 2008 and 2010. That’s what kept Signature Homes going through the downturn, just being humble, meeting the customers’ needs and staying fully involved.” 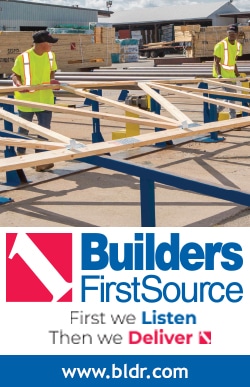 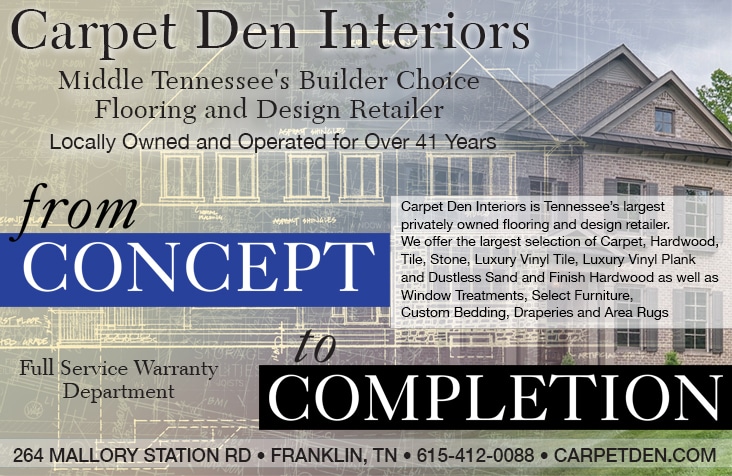 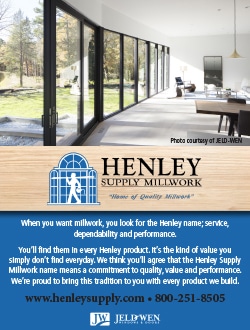 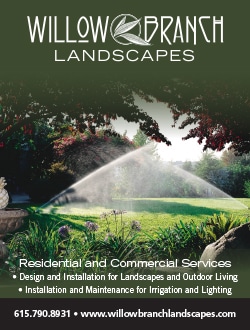