Pushing the Limits: Natural gas plant construction in The Badlands

For people who don’t quit, failure is never an option.

That was very much the mantra at Targa Resources, a Fortune 500 midstream energy company based in Houston. Working with a team from Texas to North Dakota, Targa overcame numerous challenges to construct natural gas processing plants in The Badlands beginning in 2017. 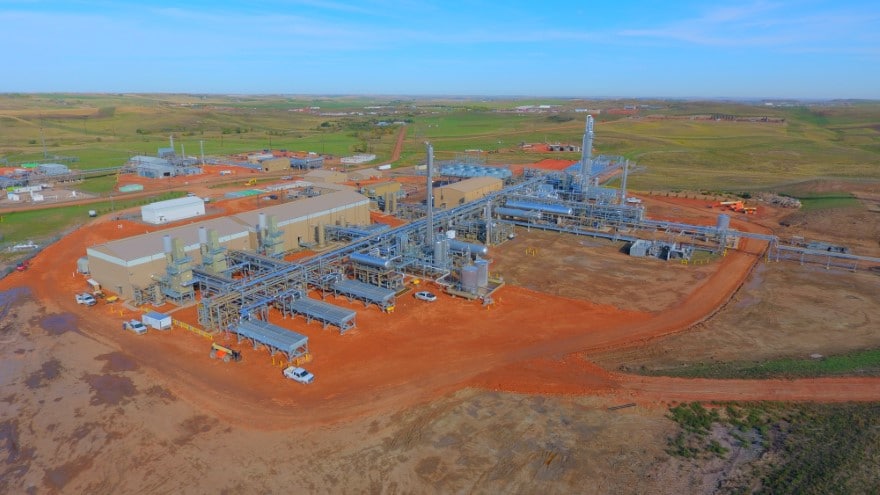 It’s a tale of willpower that evolved over some long, cold weeks, when there was little time to reflect on what was happening from moment to moment.

“You must be self-motivated to a large extent to seize these opportunities and execute them successfully,” says Shirish Mehta, Targa’s project manager and director of engineering. “Along the way, we worked with some amazing people and saw their hardiness under those circumstances, which is irreplaceable. It was an amazing experience.”

Drilling schedules for wellheads are based on the supply and demand of global crude and natural gas, along with local commodity pricing. To meet the need of these markets, Targa—one of the nation’s largest providers of natural gas—made a plan to engineer, design and fabricate processing facilities in Watford City, North Dakota.

Perhaps the biggest uncertainty for the project was the sub-zero weather, creating issues like shipping restrictions, smaller windows of construction and decreased labor utilization.

“There is more planning required on these projects and timely execution on those plans is a must,” Mehta says.

With Houston being the biggest engineering and shop fabrication hub in U.S., the plan was to manufacture and ship multiple modular equipment skids north for installation. 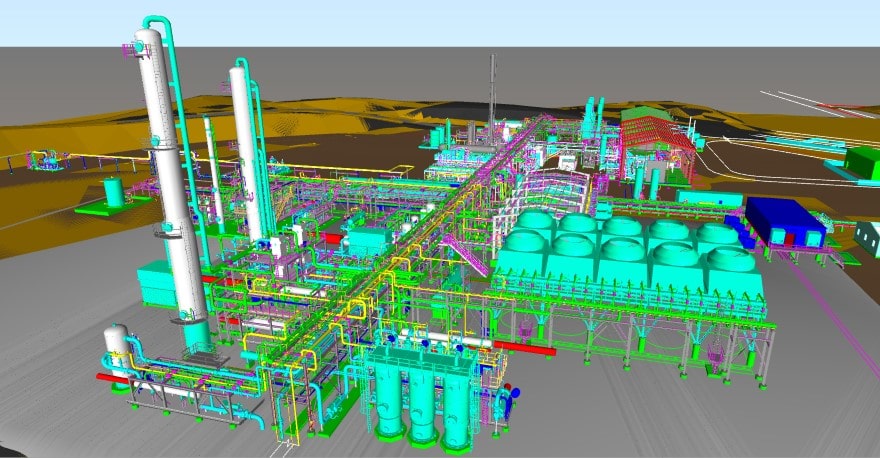 Compression systems were brought in from New York and California; pumps and filters from Mexico; and other vessels, exchangers, piping, valves and fittings from around the world.

“This was a less expensive option which would enhance productivity, offer better quality control and scheduling and help avoid weather complications by manufacturing in a shop environment,” Mehta says. “The idea was to get a head start using a skeletal crew during winter to build the non-modular systems on site and then do all modular assembly in summer, with a winter start-up; thus avoiding expensive winter construction costs.”

Targa’s previous experience building similar facilities in North Dakota lent a lot to Mehta’s understanding of logistical planning for travel, equipment and construction—even given the seasonal freeze and thaw cycles.

The site project started in October 2017, prior to the long freeze winter would bring, requiring the team to move close to a million cubic yards of dirt to prepare the pad for the processing plant. The team staged the site with a Manitowoc 18000 and a 999-crawler crane; together no load was too big, nor too heavy, for the equipment to handle. 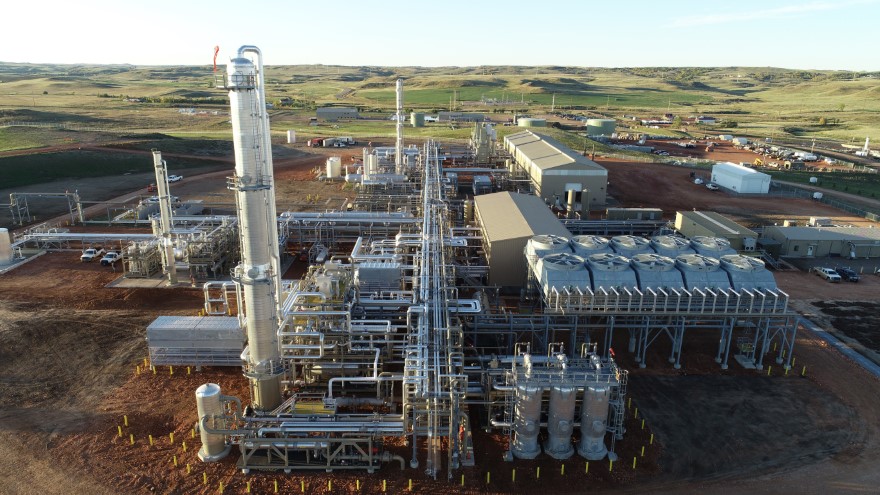 The first pieces to arrive and be assembled onsite were three molecular sieve bed-pressure vessels which were in inventory—weighing 100,000 pounds each and measuring 7 feet in diameter and 25-feet long.

Then came the inventory compression equipment from California which were hauled by 17 truckloads and had to be assembled in a building on-site. The skeletal crew working on assembling this equipment through the winter would wait for modular equipment coming in from April through August of the following year.

This was also a time for an oil boom and an ongoing trade war with global markets, and all the promised deliveries were slipping.

According to Mehta, the fabricators had not realized there would be shortage of material, a “name your price” market for the trade hands, lots of other promised work, and attrition of labor during critical phase of the deliveries. The skid assembly vendors were also facing the same issues, they over-promised and under-delivered.

Frost laws, regulating the weight of the load and road closures, pushed back entry into North Dakota. Much equipment needed special permitting called “super loads” through various states, and with a shortage of Department of Transportation personnel to evaluate the roads and bridges, days were added to the itinerary. As a result, equipment was forced to reroute loads from Texas through Oklahoma, Kansas, Nebraska, Wyoming, Montana and finally to North Dakota—extending the journey to 2,500 miles. 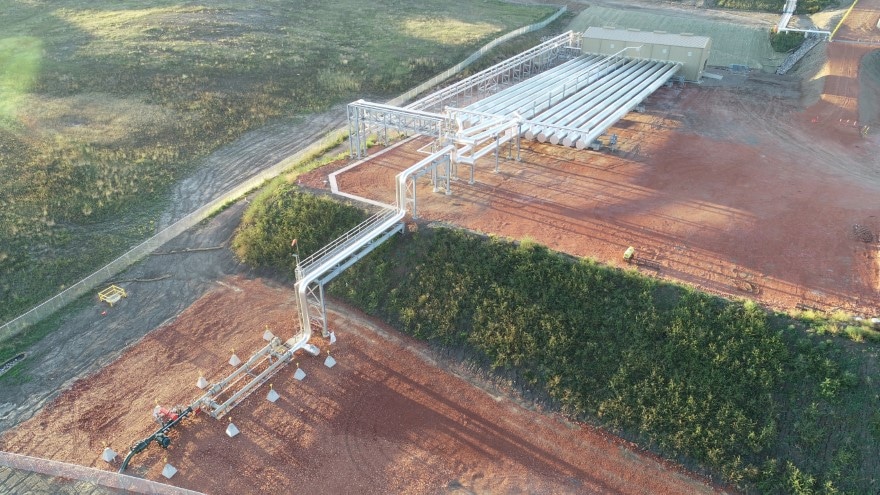 “After a full review of what-if scenarios, cost-impact estimations, safety analysis and contractual obligations, we decided to pursue the long haul of winter construction,” Mehta says.

When the going gets tough

Night freezes would make the site an ice rink while day thaws made it into a marsh pit, challenging on-site work. When it rained it poured, when everything looked good there were high winds making critical lifts impossible. In the colder days, only a skeleton crew kept working, and there would be days when construction would slow to a standstill.

“We never had to worry about any of this in Texas. Here we had to continually monitor frost laws and extended weather forecasts, it was the hardest thing to do,” Mehta says. “Every day offered a new perspective and new challenges.”

What  Targa knew was that the utilization of manpower was less than 10 percent during the winter months—mostly attributed to wind chill during the cold days.

To alleviate the problem, Targa built a  “wind fence”—20-feet high with stability poles that went 20-feet deep—to withstand 120 mph winds and remove the windchill factor out of the site. The staff continued to work through the colder days, only stopping when the temperature dipped below minus-30 degrees. A few projects, but not many, could be done inside a building.

“We typically lost a couple of hours every day, and all effort was made to recover those over the weekends,” Mehta says.

Fatigue days were also added to give workers a break. For every 13 days straight they had to take a mandatory day off. Safety policies were strictly enforced and dedicated safety personnel were added.

“The project’s success lay in the hands of these 350 brave men and women, whose resilience is what got this project complete,” Mehta says.

After close to a million manhours of on-site construction, the team finally completed Little Missouri Gas Plant project in 2019.

“You get hired to work on these projects because you are qualified, and your management trusts you to do the job right. But along the way you get to work with some amazing people and see their hardiness under those circumstances, which is irreplaceable The long weekdays and weekends to get this project constructed and started, all had to pay someday,” Mehta says. 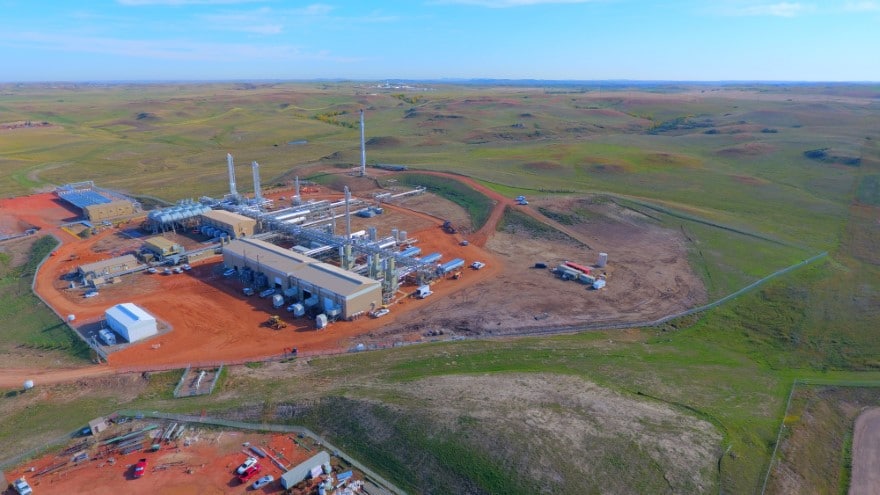 With the plant in service for more than six months now, it is meeting all processing guarantees and is operating at 90 percent of design volumes. 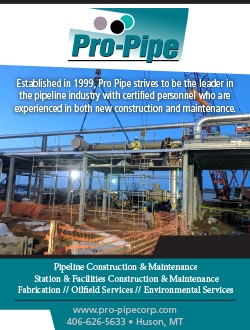