With its skyline views, proximity to Boston’s downtown Freedom Trail and a spot on the National Register of Historic Places, it was a housing lottery ticket Suffolk University undergraduate students could only dream of: a room at the former luxury Ames Hotel.

Approaching the fall semester of 2020, anticipation was building to welcome first-year students into the newly renovated space. But instead of a traditional move-in day with parents pulling up in the family station wagon to make their teary-eyed goodbyes—something else happened: COVID-19. When the pandemic hit in early 2020, Suffolk’s Director of Residence Life and Housing Services Shigeo Iwamiya says his team immediately began to “de-densify” student housing populations, lowering the number of students in each dorm for the upcoming semester.

In the case of the former Ames Hotel, that meant only 100 students—one per room—would be allowed to move into the new dormitory. Originally, there was room for 300. Move-in times were staggered over two weeks and only two students could move in each hour. Masks were mandatory, social distancing enforced and students were tested for COVID-19 twice weekly.

Iwamiya says the opening was more subdued than normal, but the process was safe and seamless. He says the university is going to great lengths to minimize any feelings of isolation during the pandemic and to address any student concerns.

“Our plan was to reduce interaction and exposure during the days of COVID-19,” Iwamiya says. “That was the priority.”

Meanwhile, back at the “dorm,” who wouldn’t want to climb a grand staircase up to their room—or amble downstairs to what once had been a hotel restaurant—now a café—on the first floor?

One Court Street is Suffolk’s fifth residence hall at Boston’s eighth-largest university, founded in 1906. Historically known as a commuter school before opening its first residence hall in 1996, today Suffolk has a global reach with campuses in Boston and Madrid and one of the largest percentages of international students. 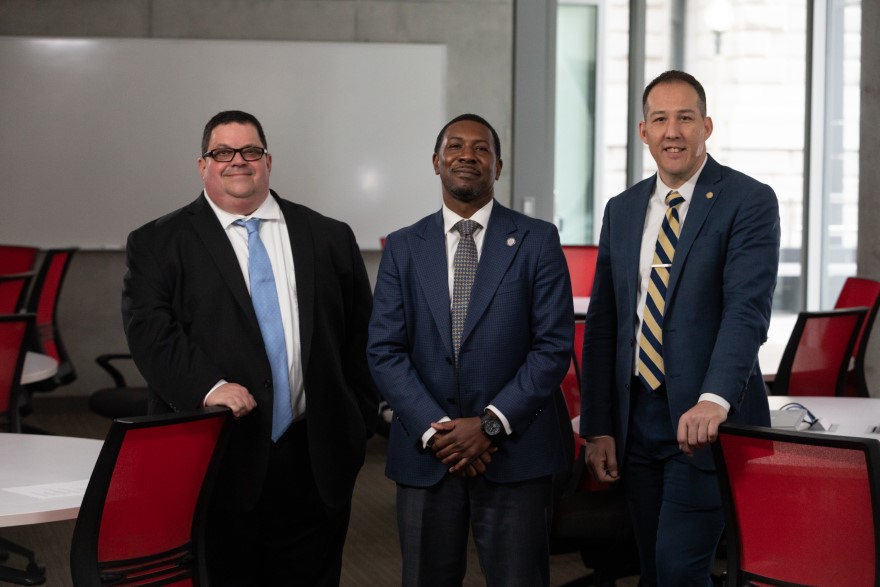 As luck would have it, the Ames Hotel—built in 1890 by the Boston firm Shepley Bulfinch (famous for the city’s historic Trinity Church)—landed on Suffolk’s radar in 2018. Considered Boston’s first skyscraper, it was the biggest building on the skyline until the Custom House was built. The 95,000-square-foot structure was initially an office building but was transformed into a 114-room hotel in 2007.

“When the University heard the hotel was right around the corner, it moved quickly,” says Andre Vega, director of campus planning, design and construction at Suffolk. “We went after it and got it.”

Suffolk bought the famous hotel for $63 million in the fall of 2019. The project that followed was praised by community leaders, neighbors and city development officials for its community mindedness and thoughtful approach, as part of the University’s Institutional Master Plan.

Iwamiya says the hotels immaculate condition made it easy to convert, noting it was used for a wedding reception prior to the property closing.

Working with the Boston Landmarks Commission, Suffolk ensured that the building’s historic qualities were preserved, too. The exterior—with its large arched windows and the decorative detailing on the facade—couldn’t be modified. 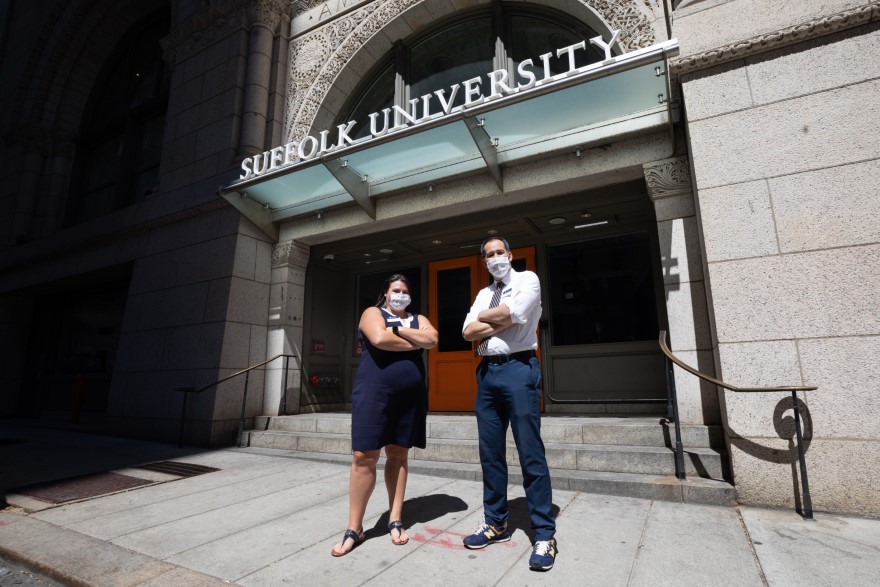 Inside, however, Suffolk made a bevy of upgrades: brighter lighting, conference rooms and meeting spaces, laundry facilities, Wi-Fi improvements and more. Each room has its own bathroom, too, and to limit the likelihood of first-year students gathering in larger groups, some of the bigger spaces went to resident advisors.

Student gathering areas on the 4th and 14th floors—and a conference area on the 2nd floor—will allow just five to 10 students to congregate, in accordance with Massachusetts state guidelines.

What’s harder to see during a pandemic is the psychological impact housing changes have on the students, he says. For many, it’s their first time away from home, living without a traditional roommate and fewer people in the building.

“Socially, each student loses experiences like building up a friendship, getting through that first argument or being able to build community in ways many of us experienced,” notes Iwamiya. “But we’re thinking of ways to creatively and intentionally create student engagement.”

Suffolk’s Residence Life staff asked students to put up signs on their doors inviting peers to knock, say hello and get to know each other, while following safety guidelines. The students posted the signs with their names and interests, such as TV shows or music tastes to create better connections through common interests. 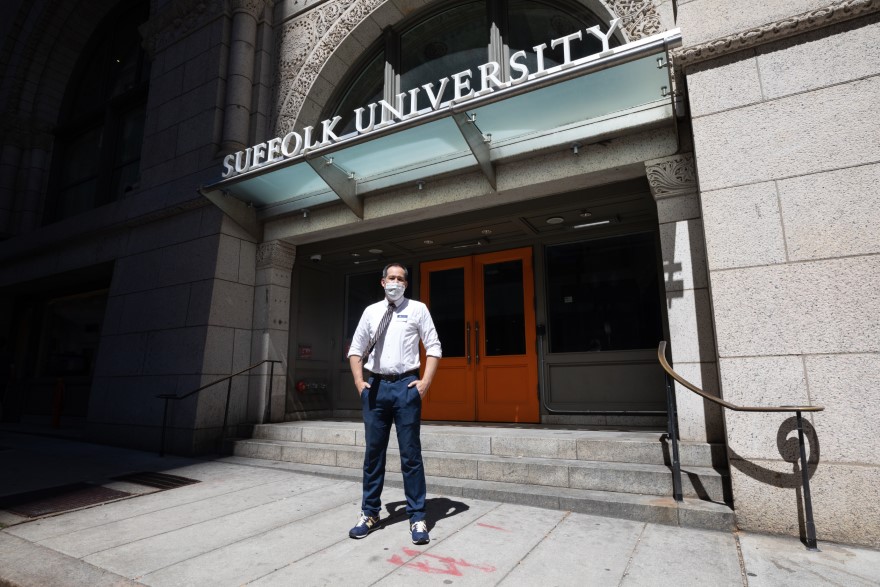 “We even asked students to post Instagram and Snapchat QR codes on their doors so they could connect with each other virtually through social media,” Iwamiya says.

He connects with the Association of College University Housing Officers International to share best practices in student life and housing. Also, Suffolk’s RAs regularly schedule appointments to meet with students. The feedback’s been positive, with students getting more individualized attention.

“The important thing is that we keep trying,” Iwamiya says. “I’m not afraid to fail if it brings us closer to programs that benefit the students.”

That willingness to dive into uncharted territory comes naturally to Iwamiya, who grew up on a military base in Tokyo and later moved to Minnesota. While COVID-19’s been an unexpected challenge, he looks upon these times as providing opportunities—student housing has changed, but much has been learned in adapting to the circumstances.

“It’s a victory for us to provide safe housing and see people going to class,” he says. “Connecting with students and sharing in their experiences brings me absolute joy and a sense of purpose when I come to work.” 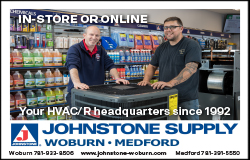